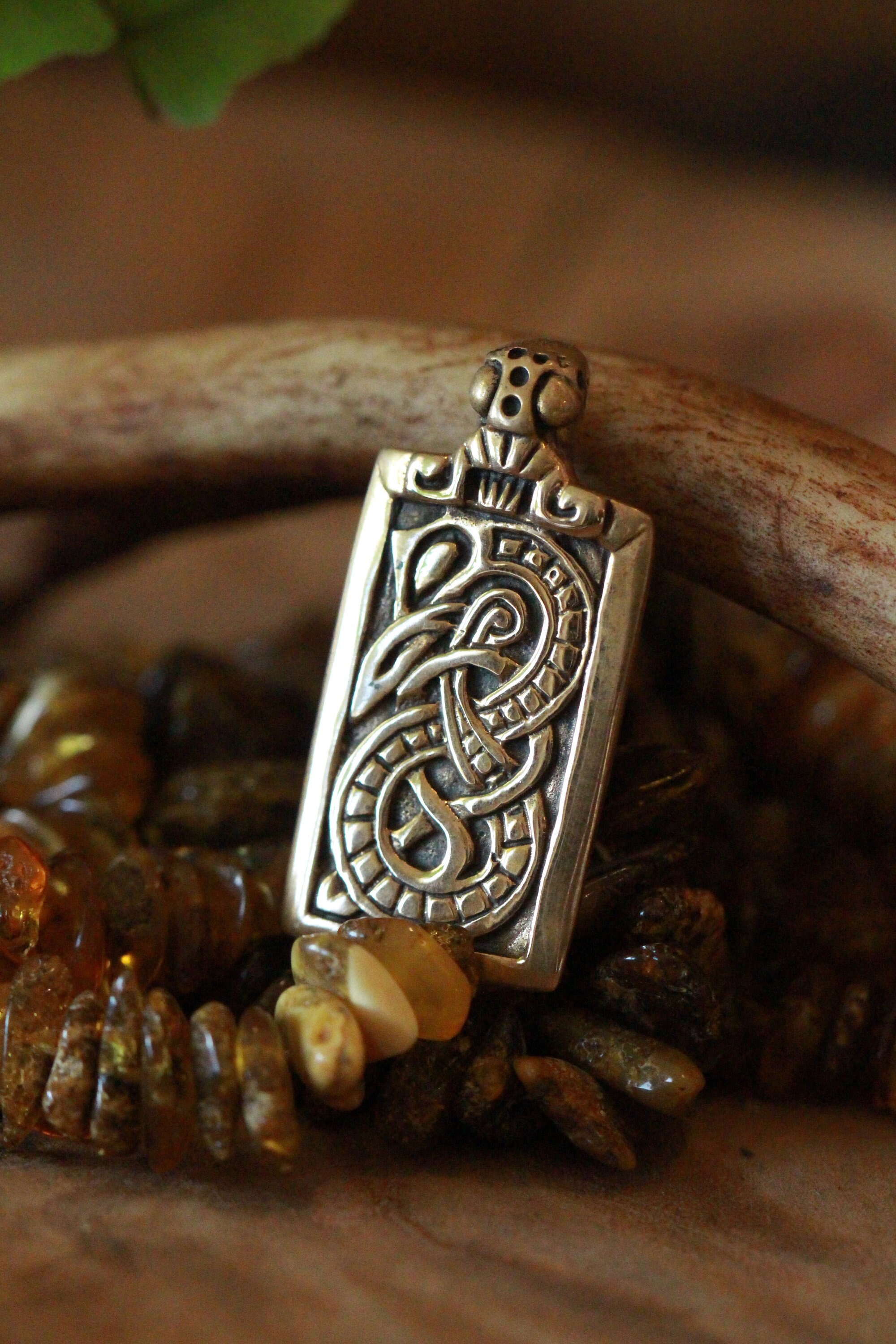 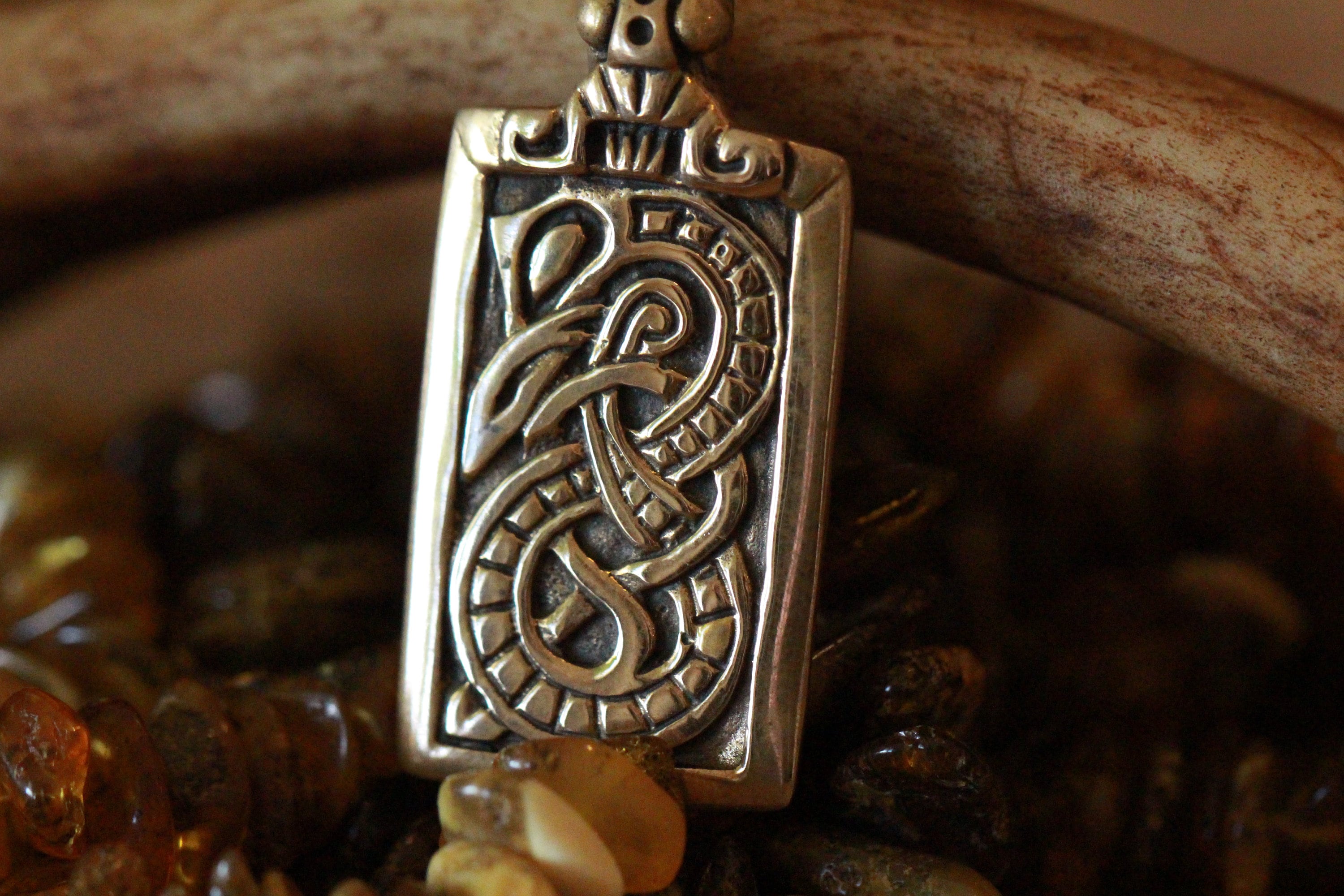 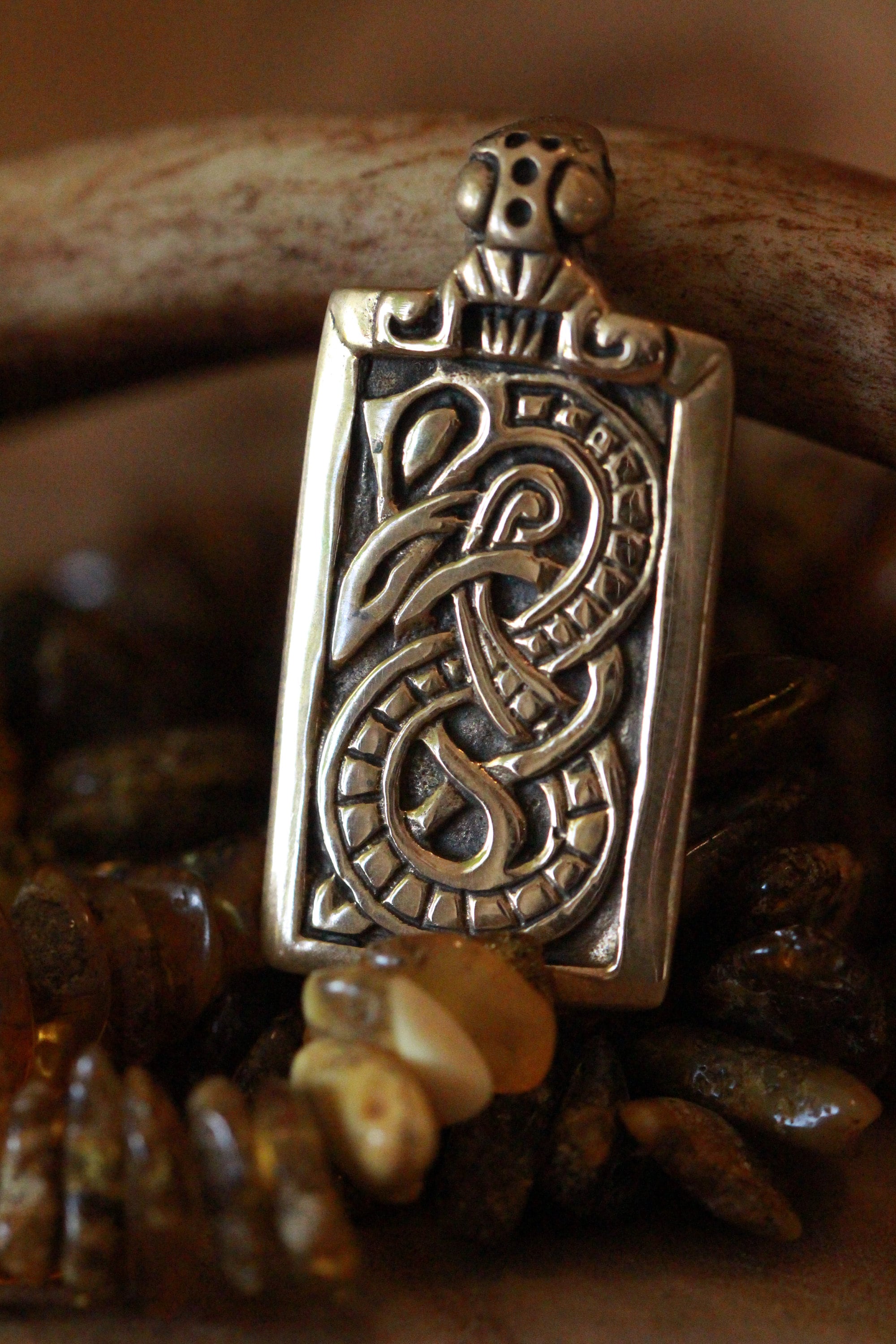 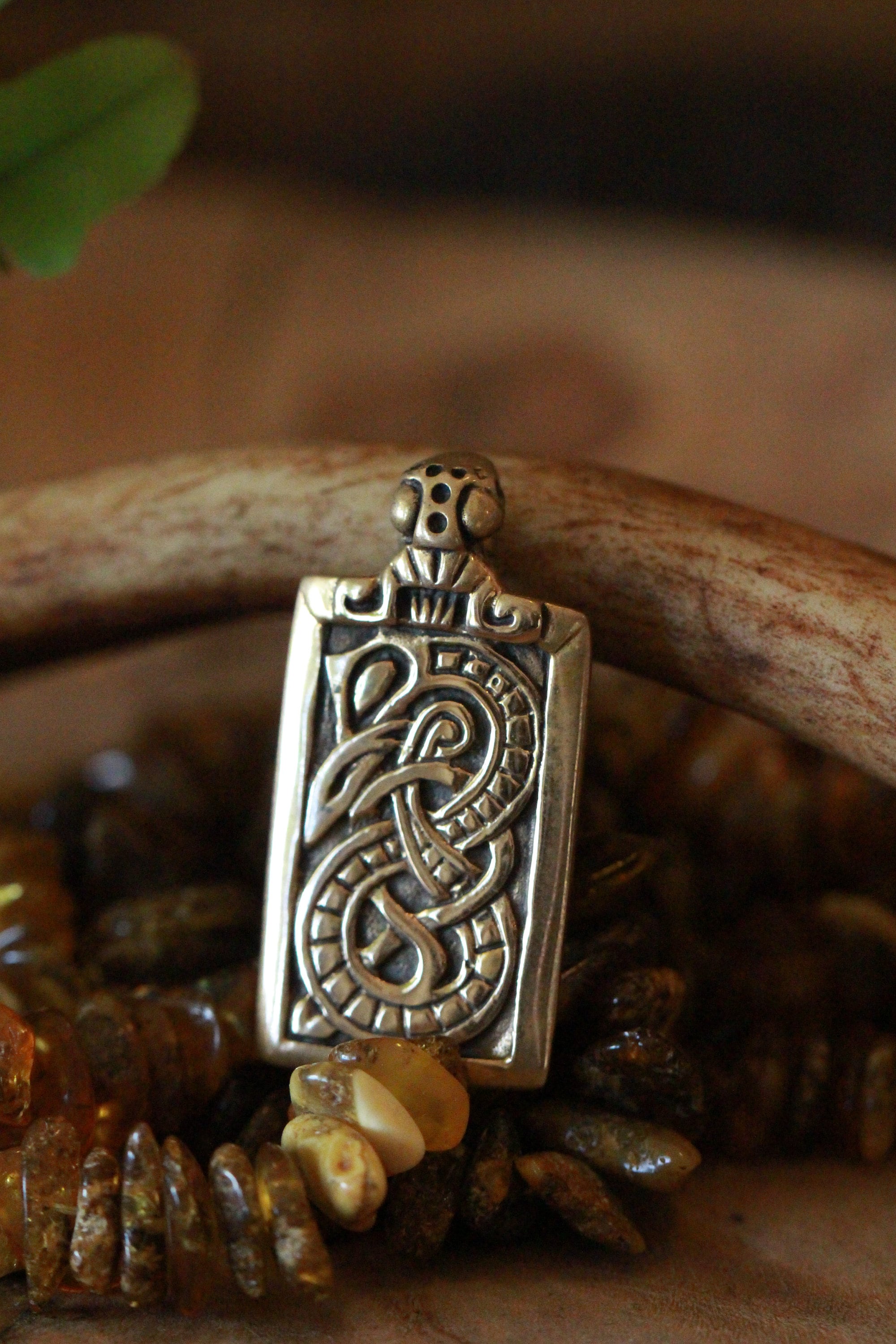 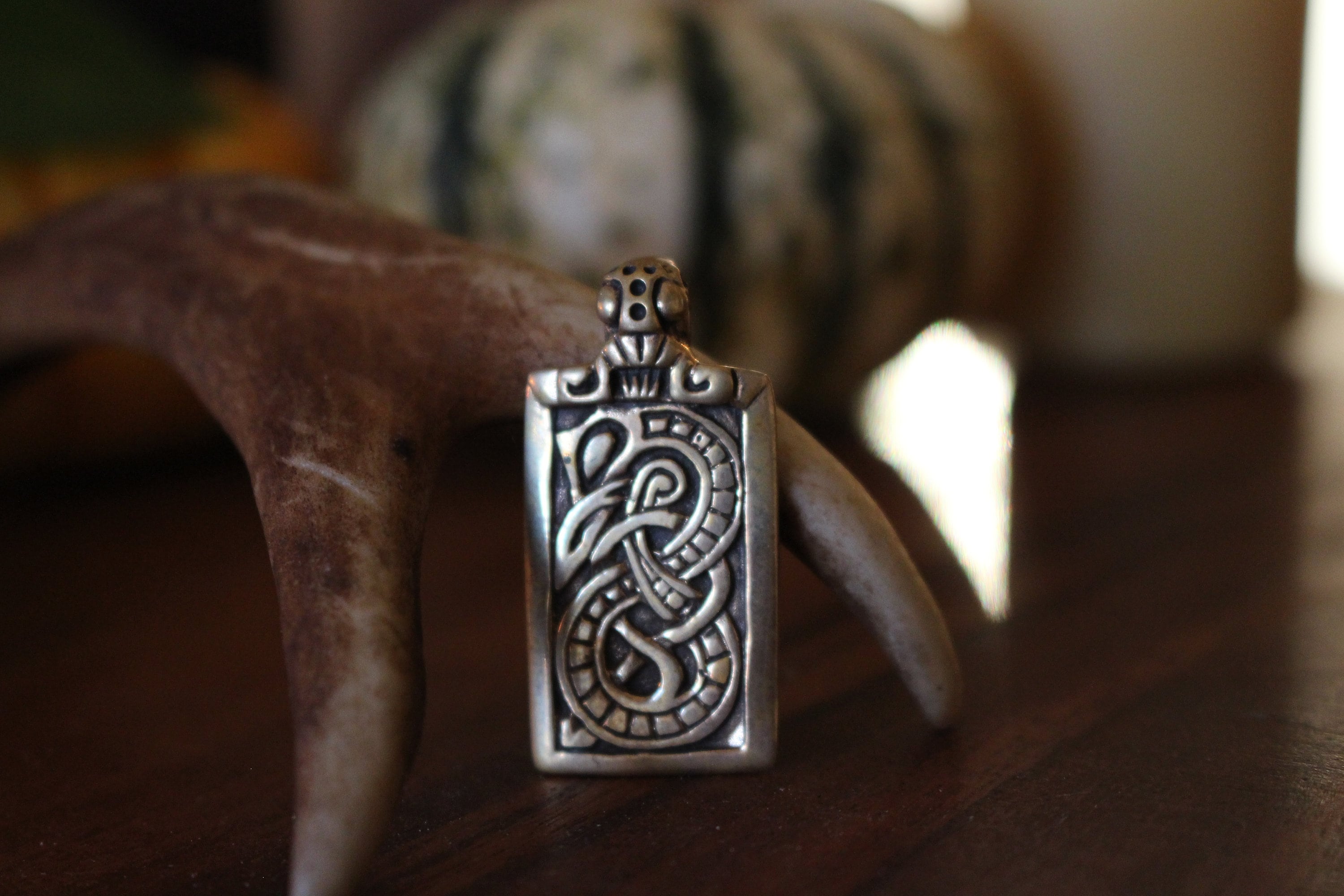 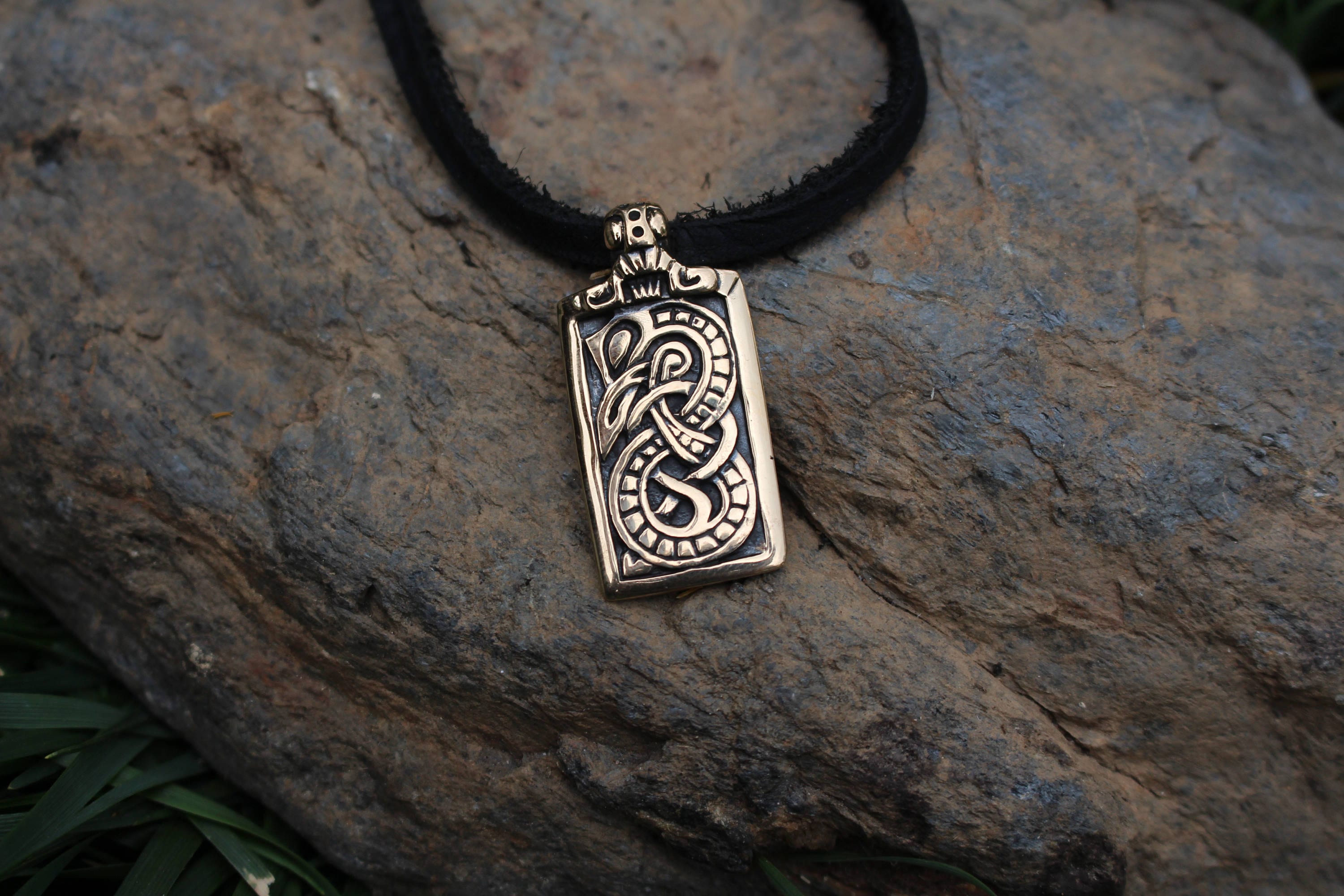 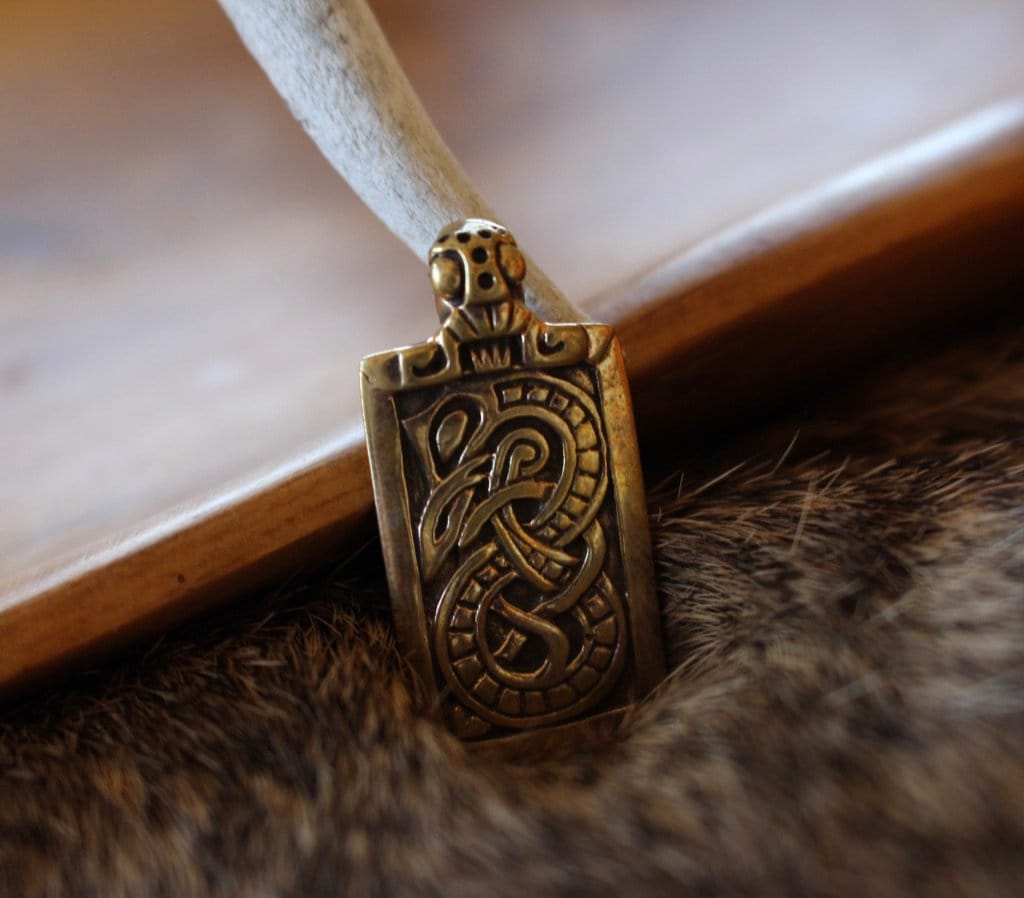 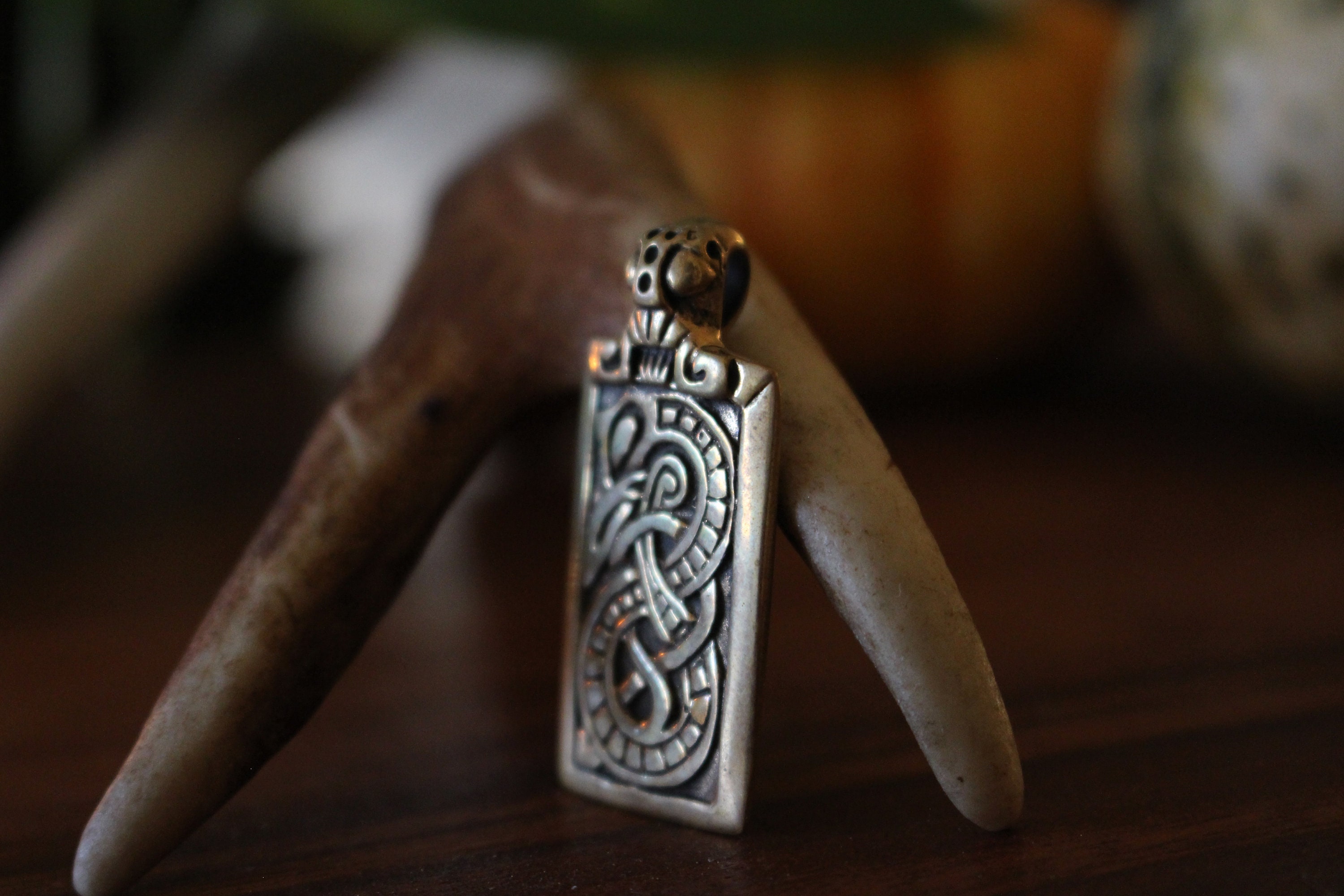 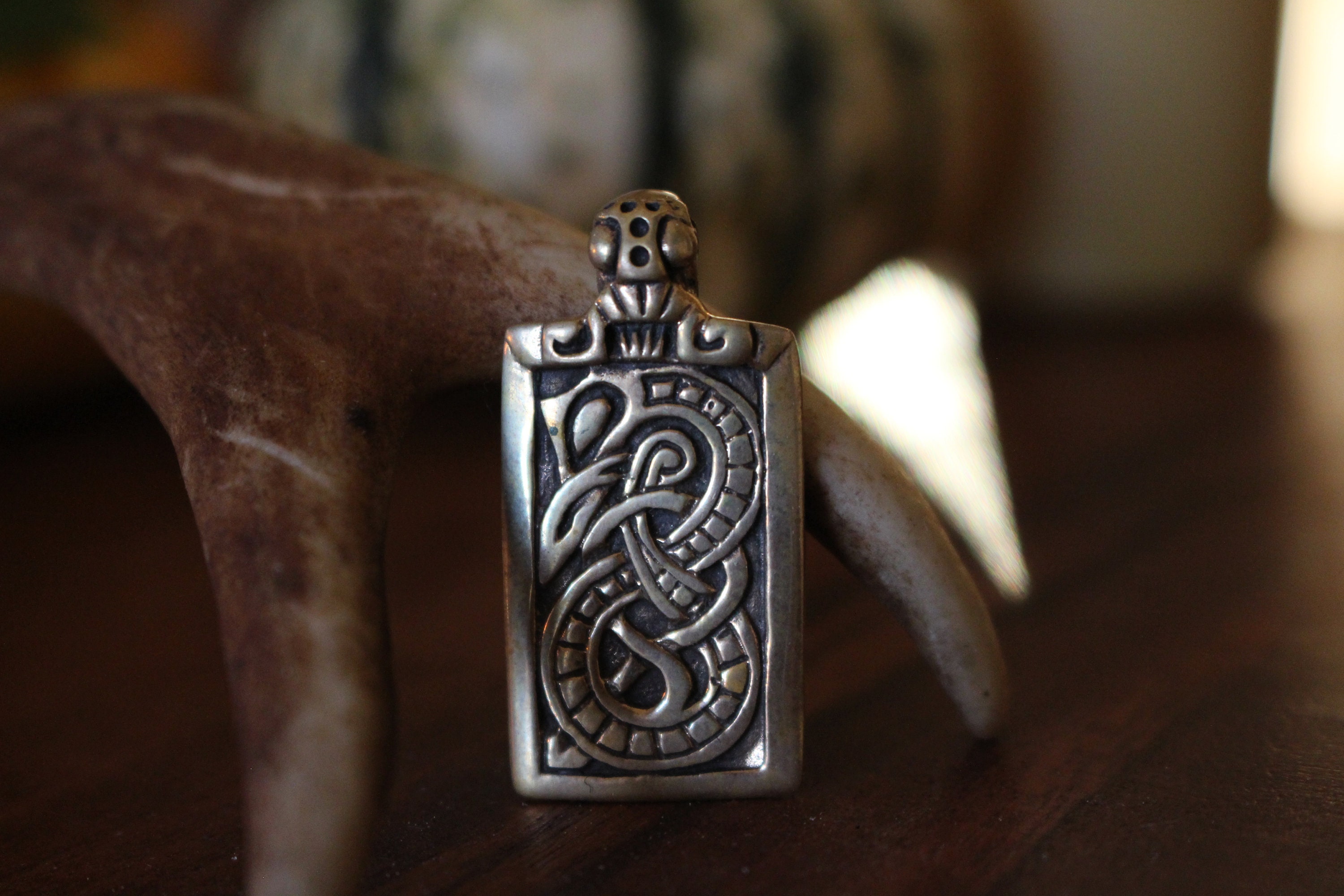 Jǫrmungandr encircles the world of Midgard with his body by biting his own tail, a symbol of ouroboros (also seen in ancient Egypt and Greece). To many, this represents the “circle of life.” Creation cannot come without destruction, and all things are connected infinitely.
An adjustable leather cord will be provided with every necklace.