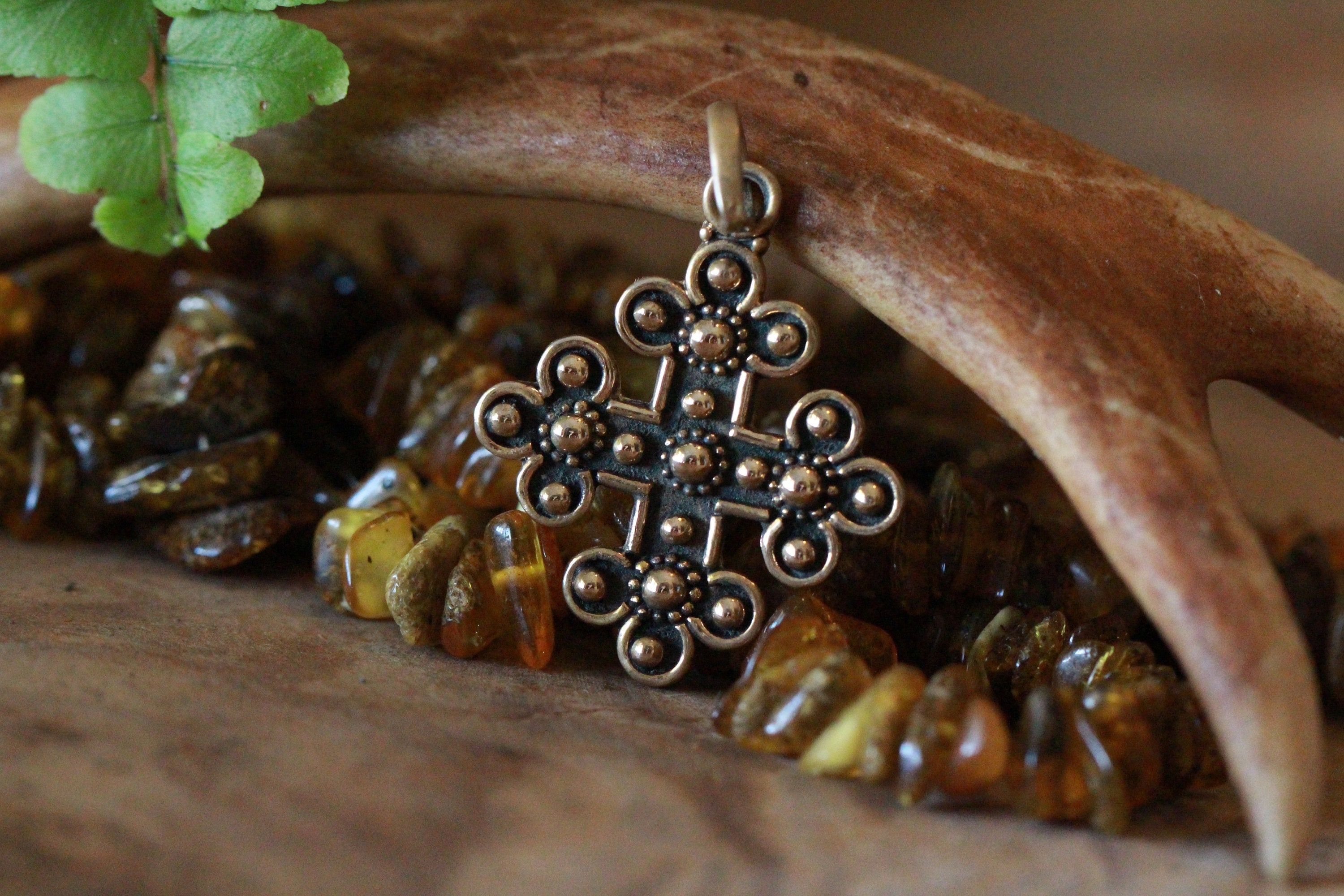 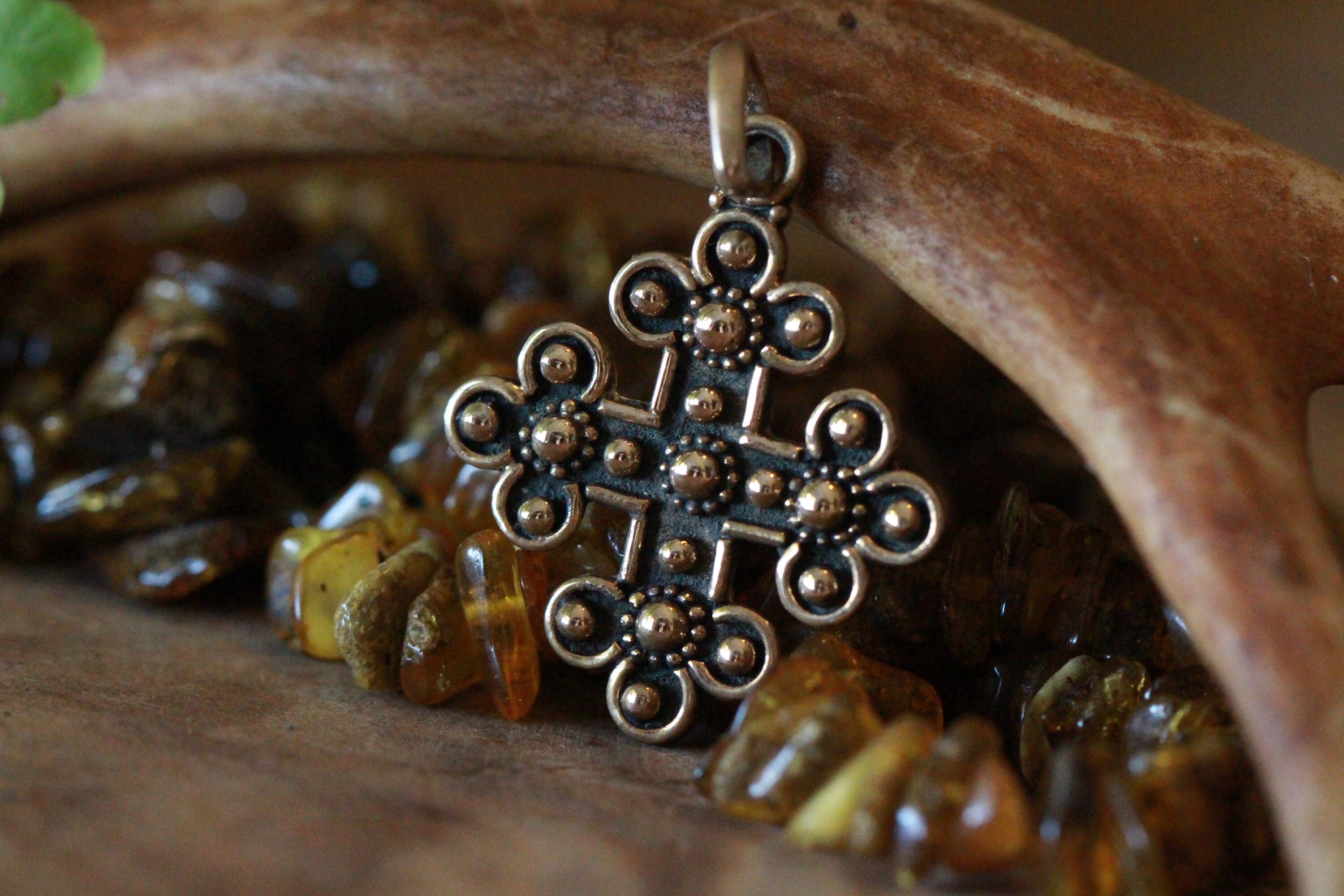 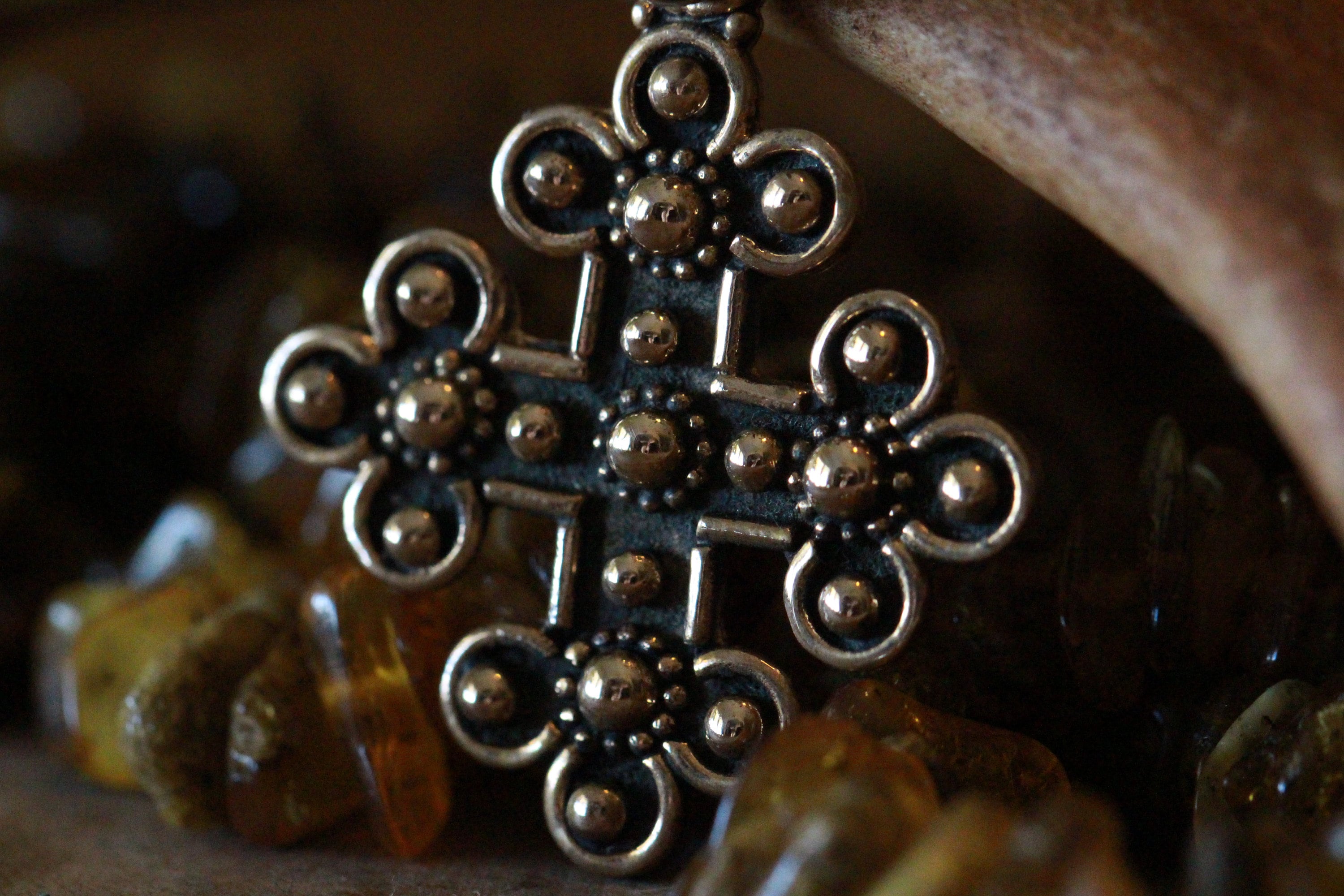 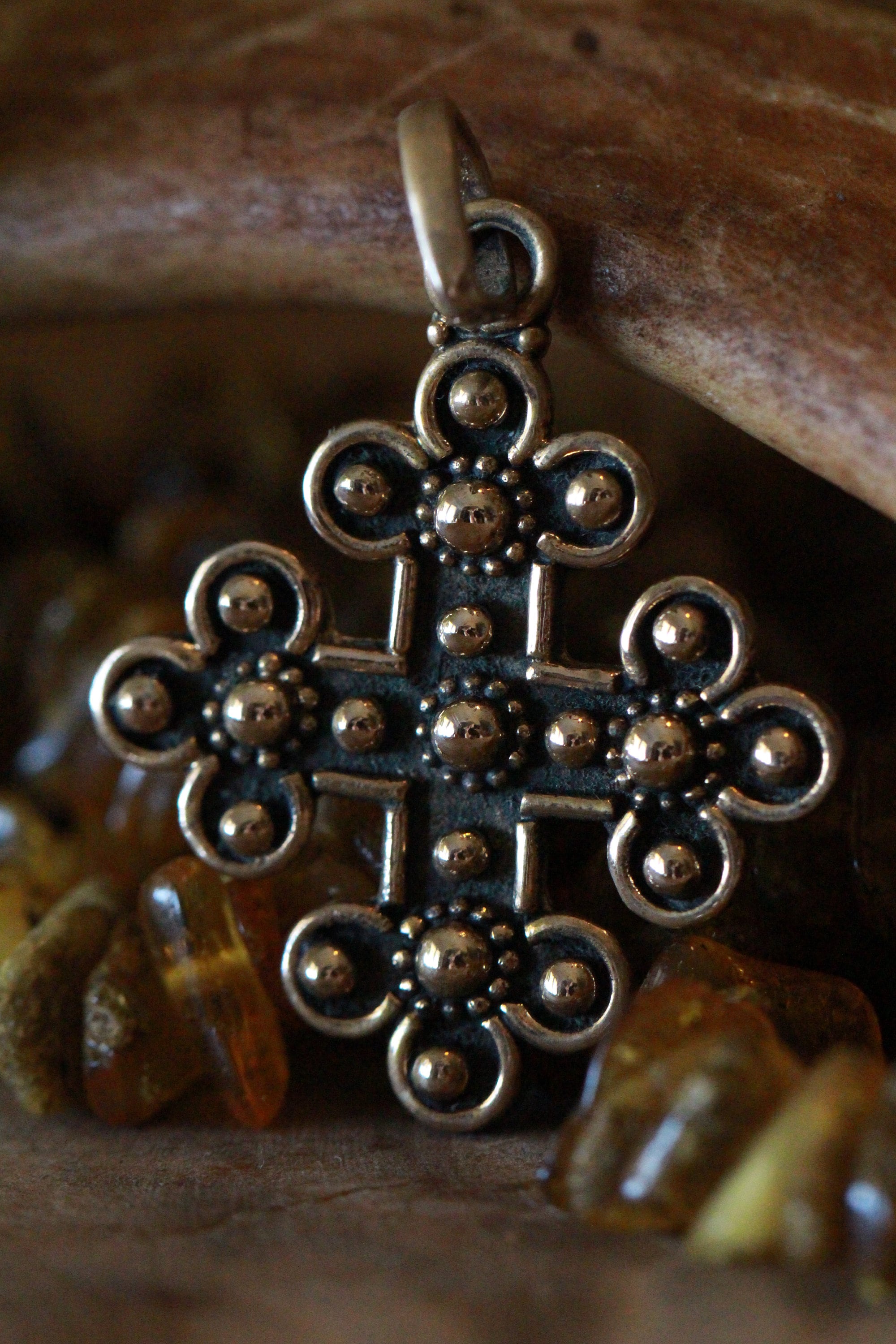 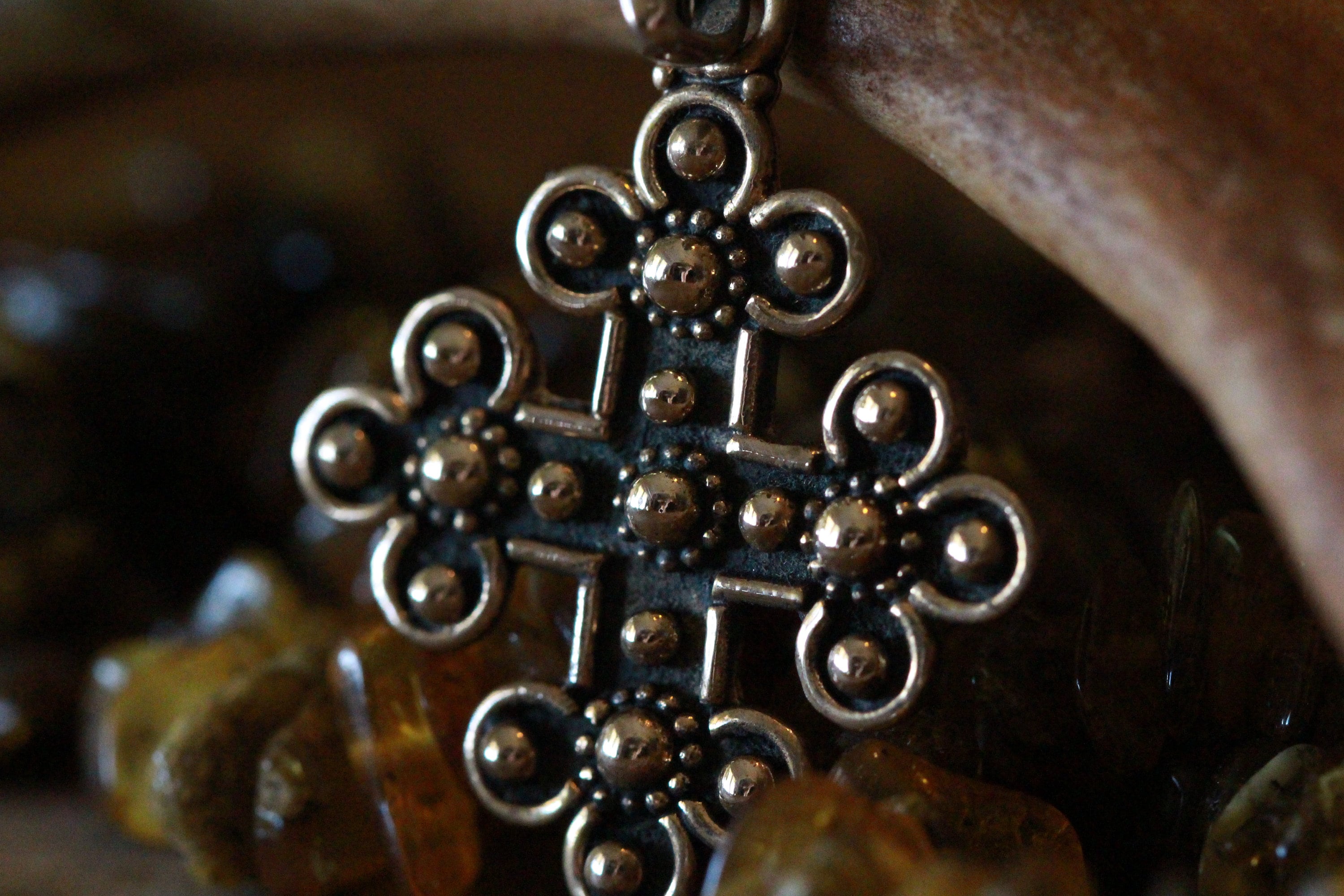 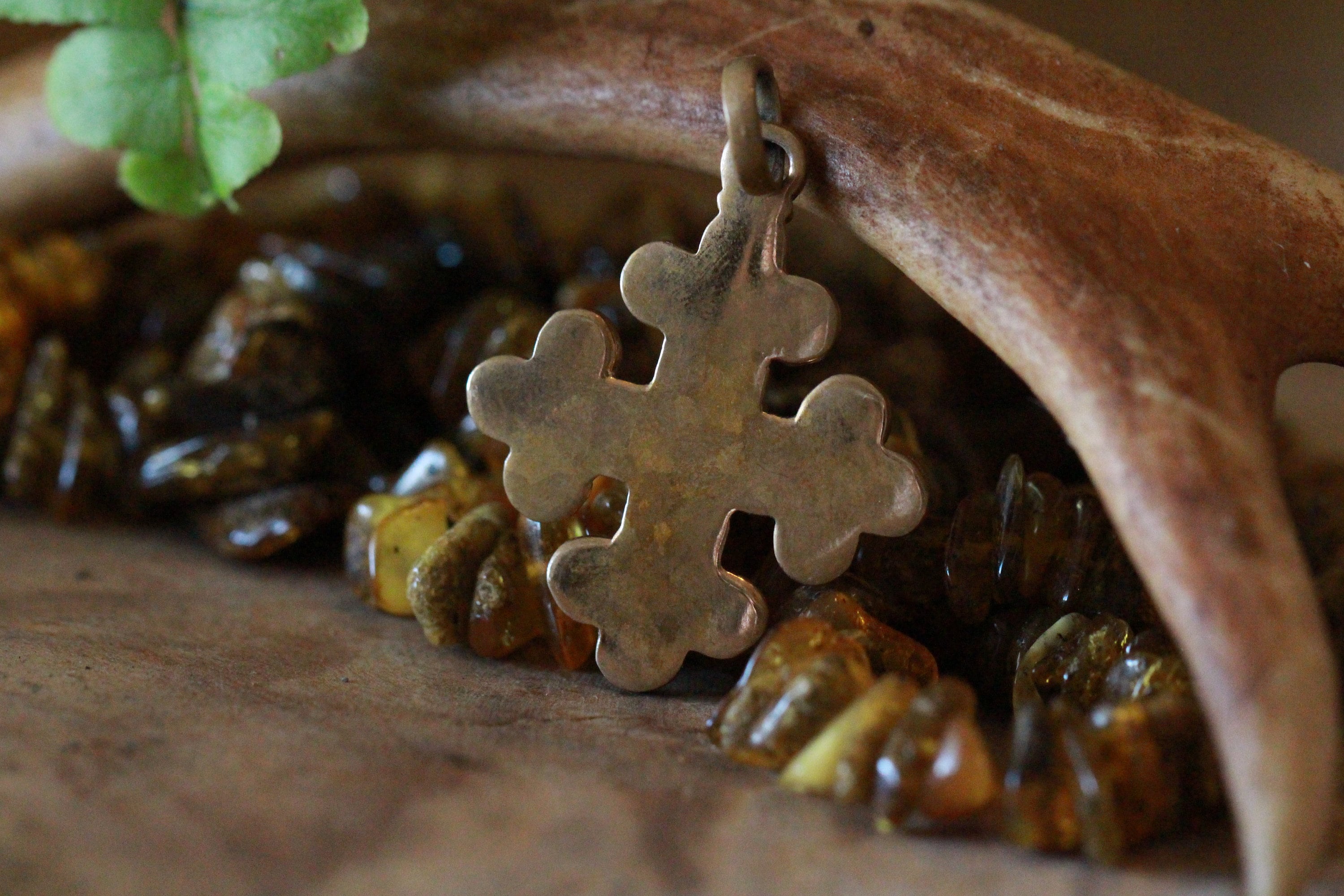 Byzantine empire also known as Eastern Roman Empire or Byzantine was the continuation of the Roman empire, the citizens still called it Rome which lasted a thousand years from the 5th century up until 1453 when the empire finally fell to the Ottoman Turks. In the beginning of this empire all religions were welcomed, however over time as christianity took over pagan holidays and sacrifices were eventually outlawed. This cross is a replica from this empire, hand casted in solid bronze.