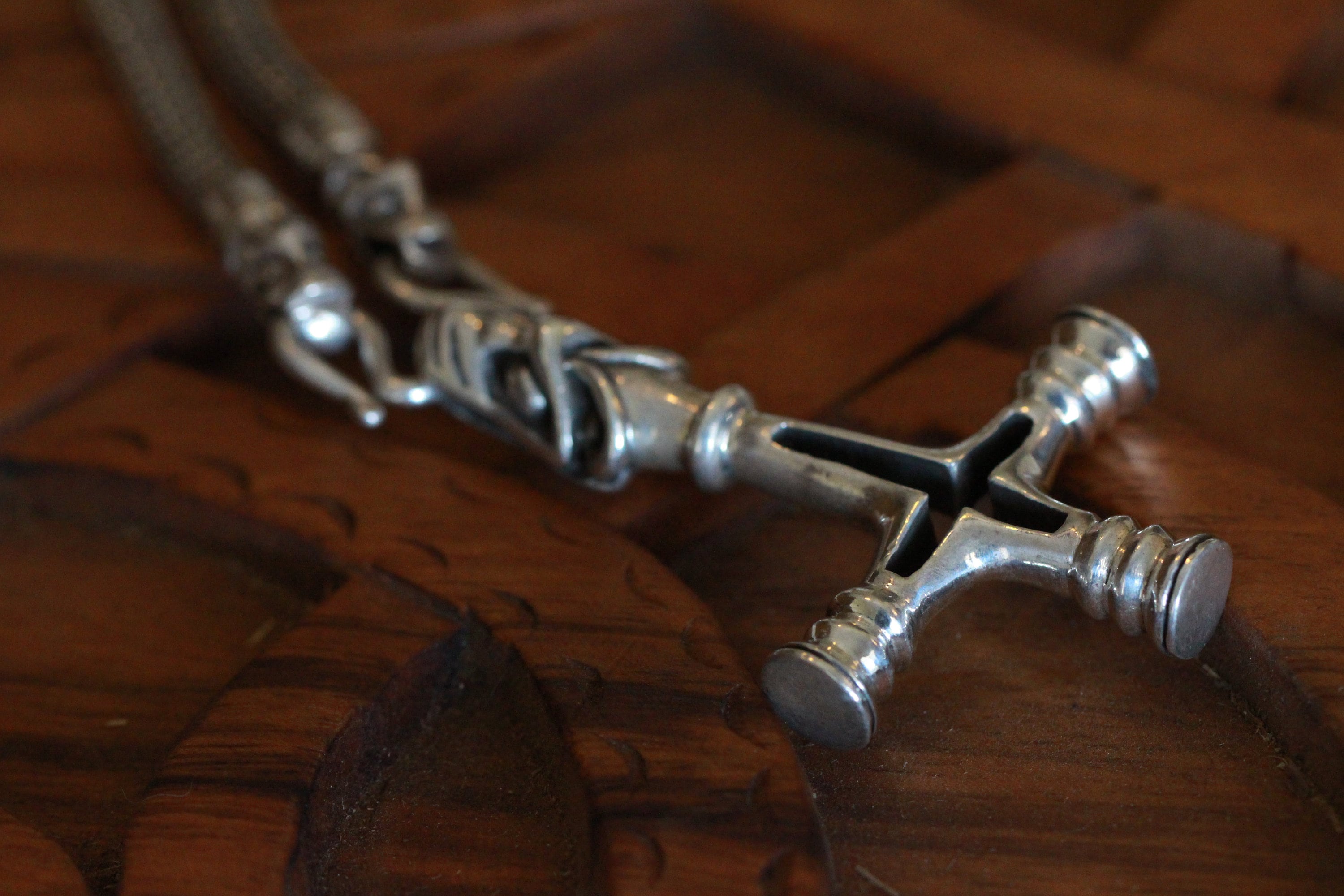 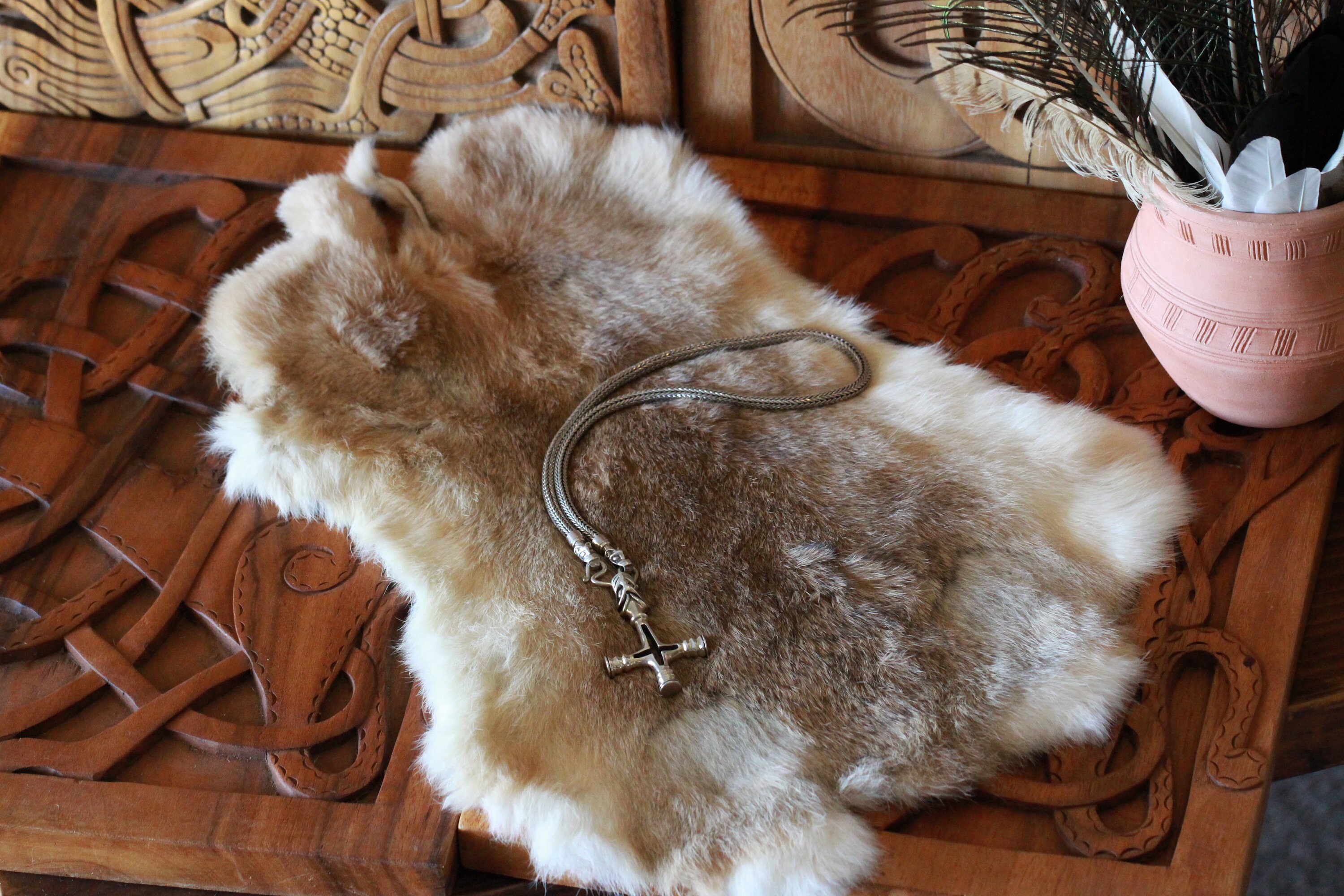 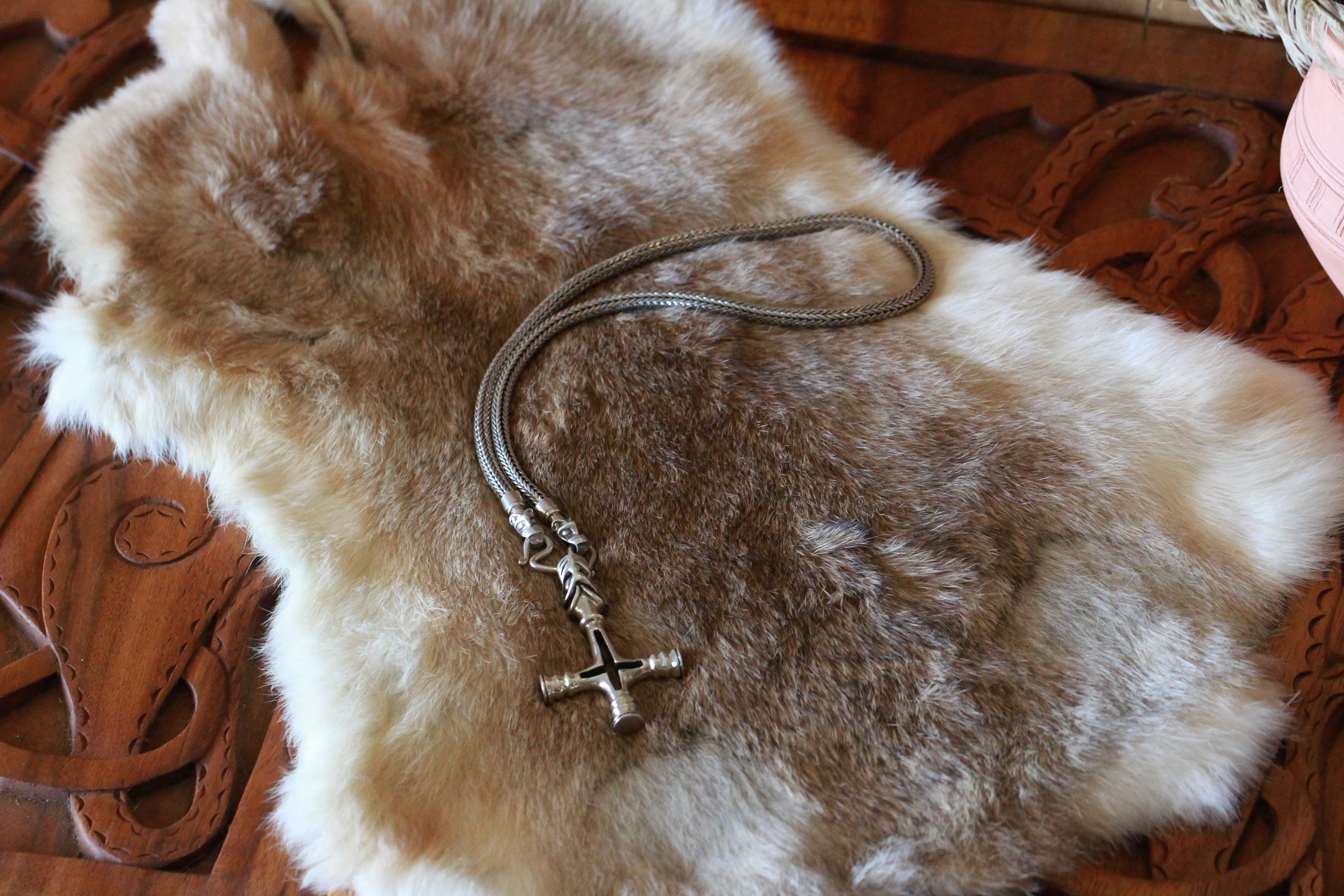 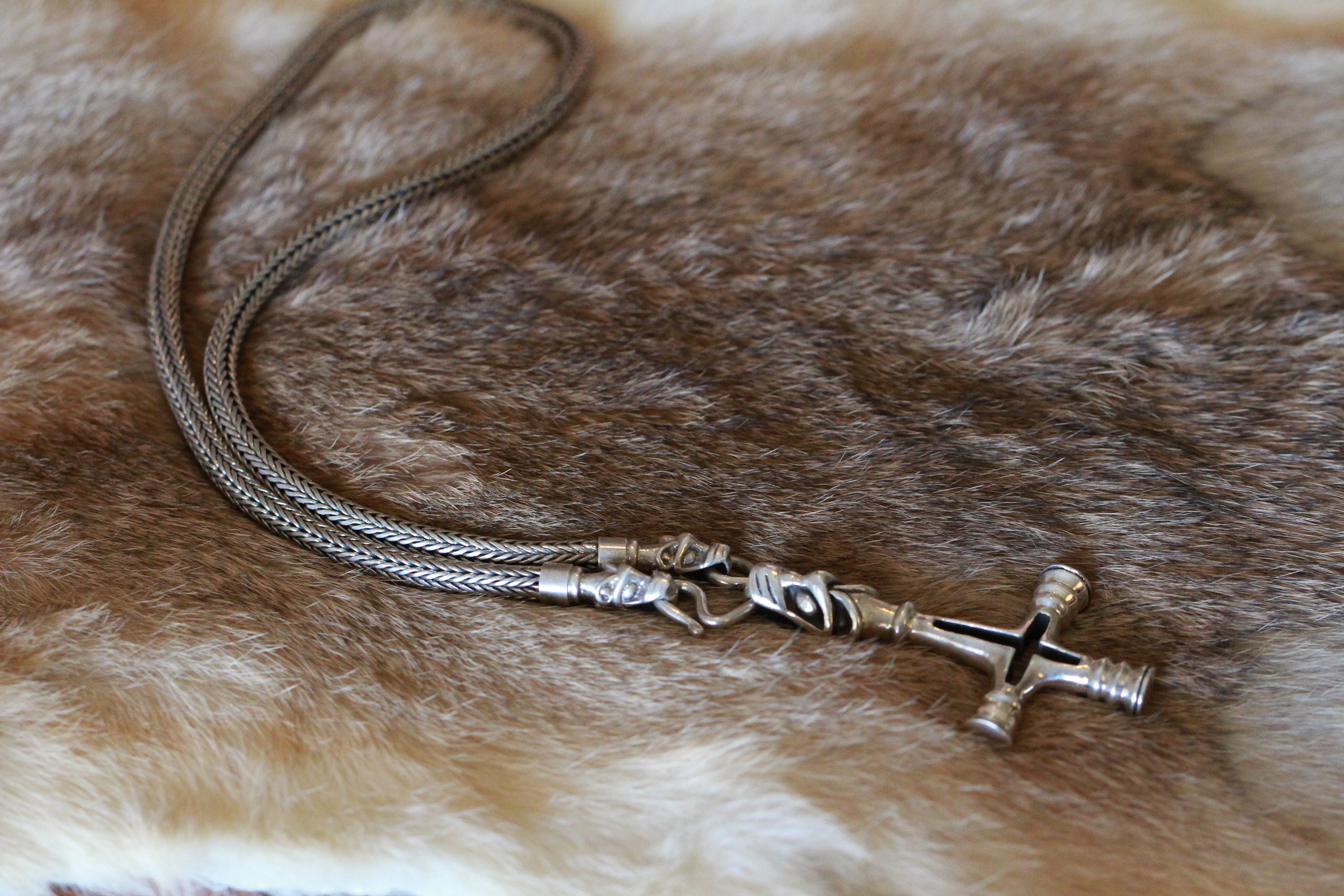 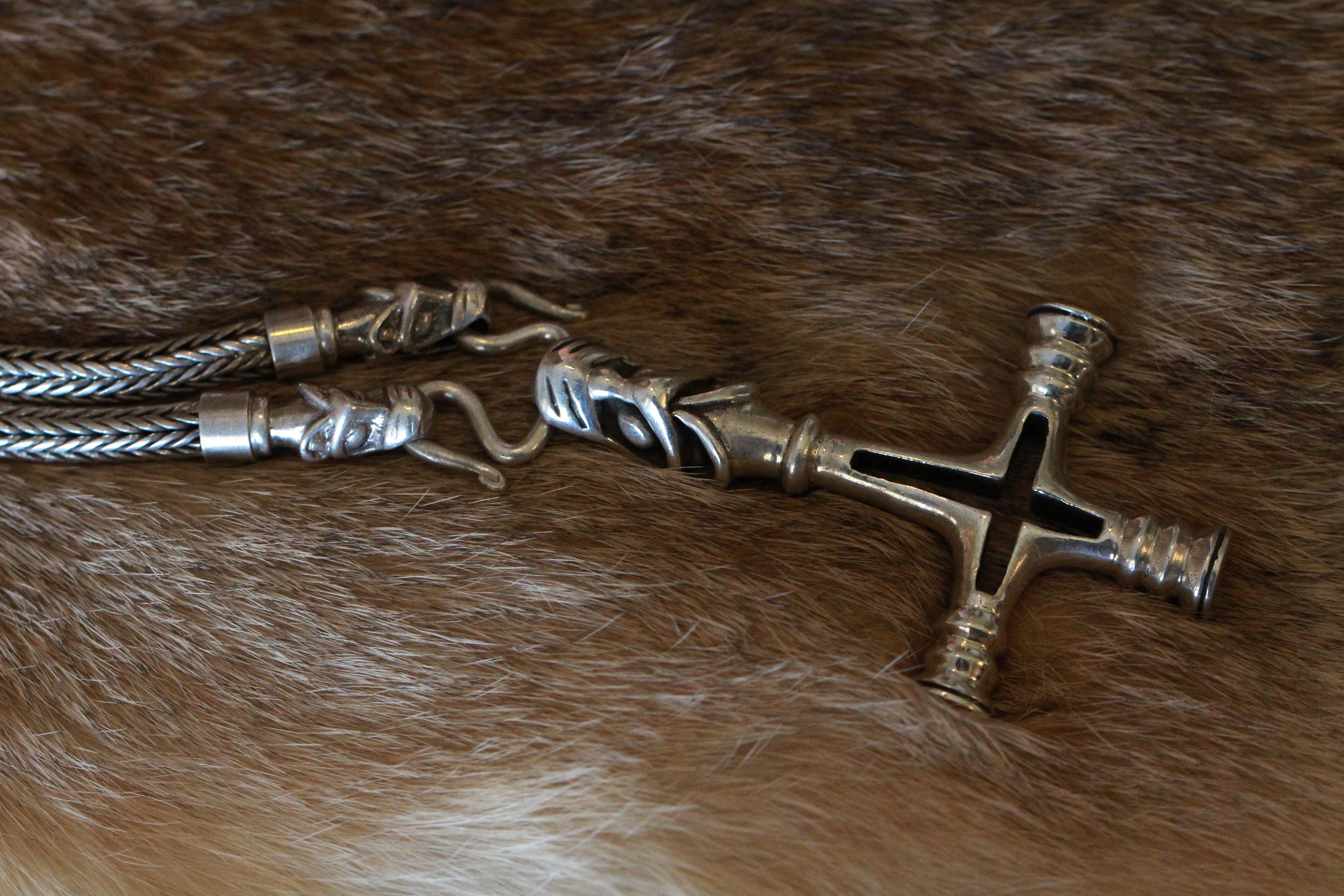 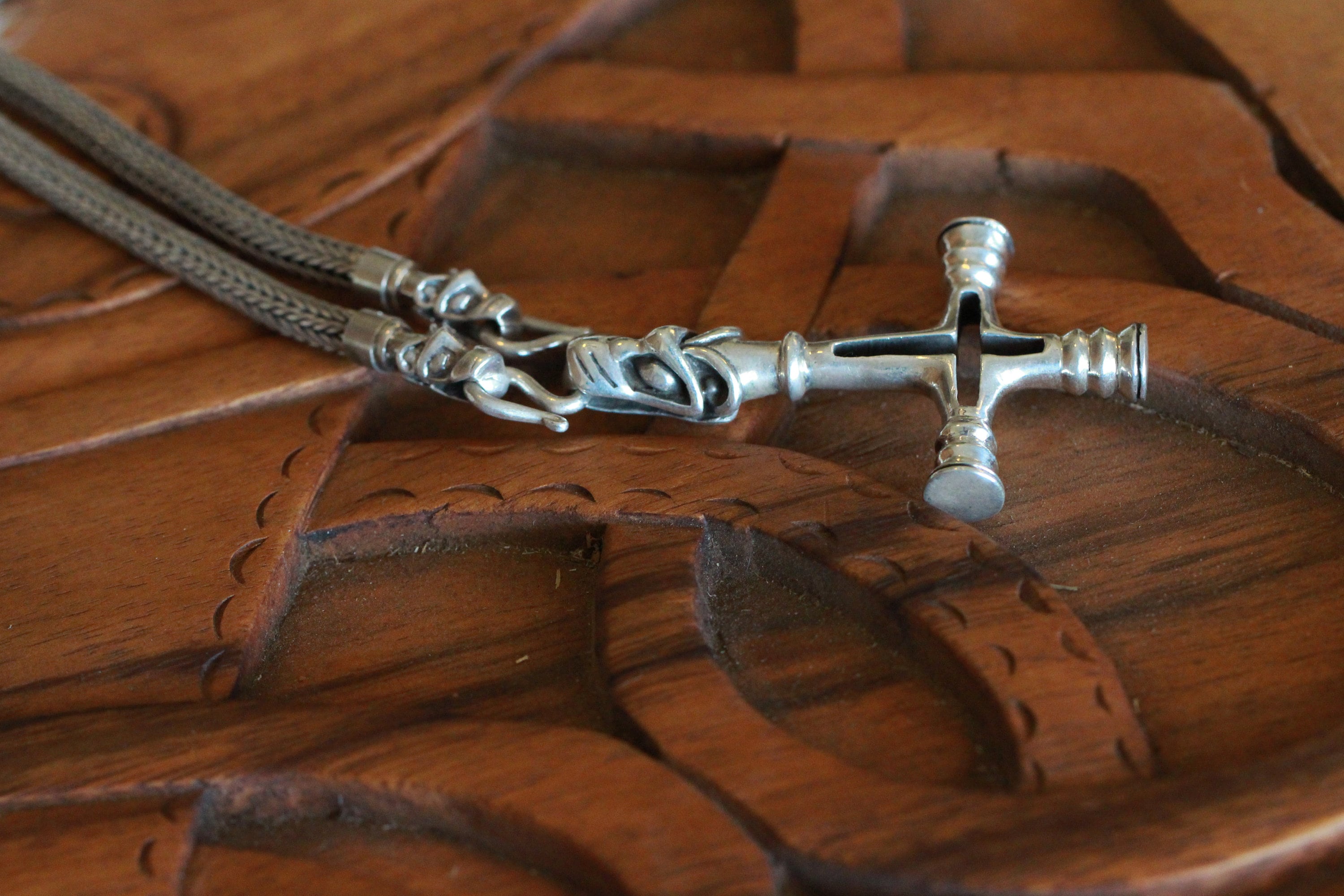 Hand Casted replica of Iceland's wolf cross said to be a mix of a Mjolnir and a cross from the 11th century.

More notoriously, the giant wolf Fenrir (a son of the god, Loki) harbors perhaps the most disdain of all creatures in the nine worlds of Norse Mythology. He is responsible for eating the sword hand of the god, Týr, and will destroy Odin during Ragnarök.