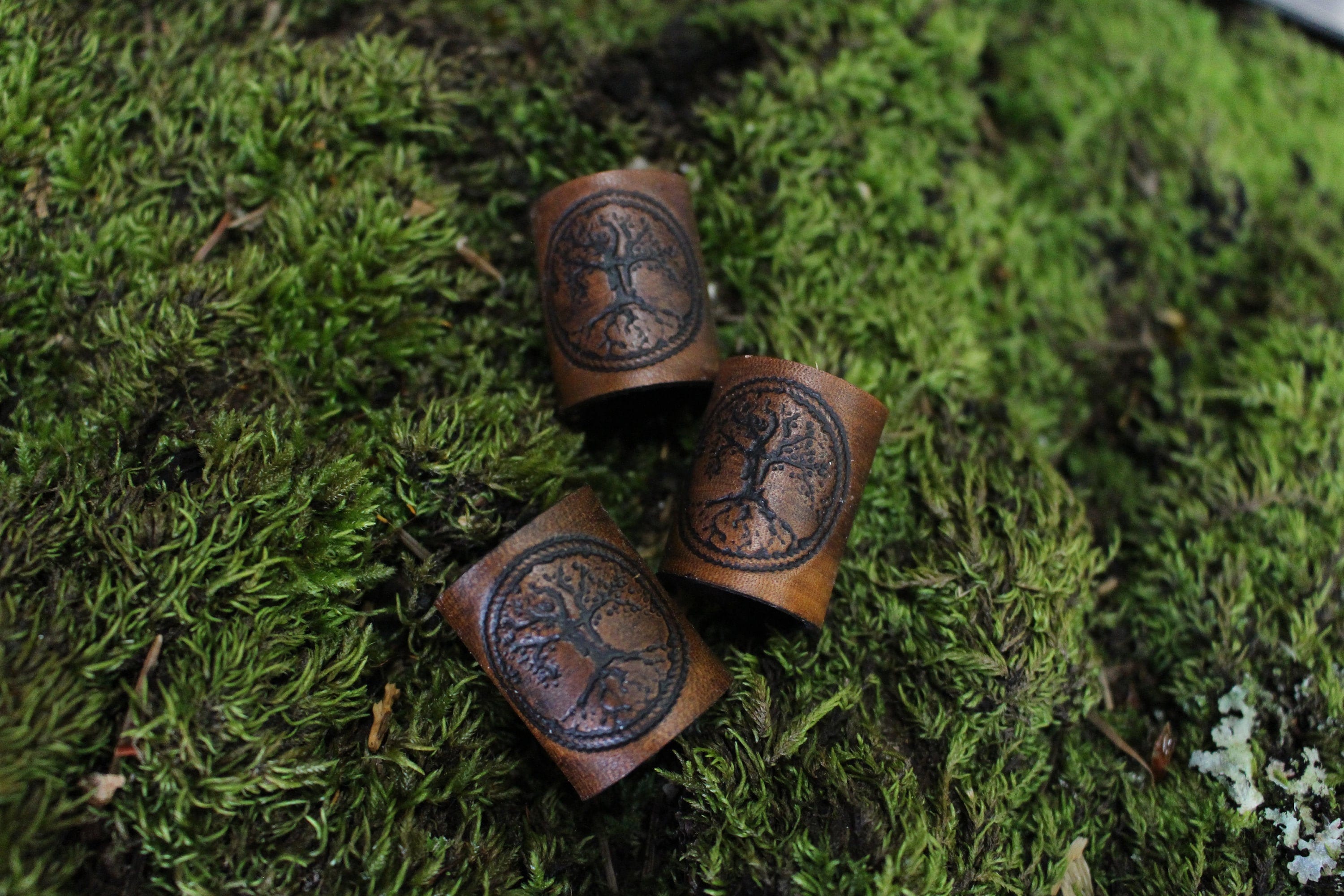 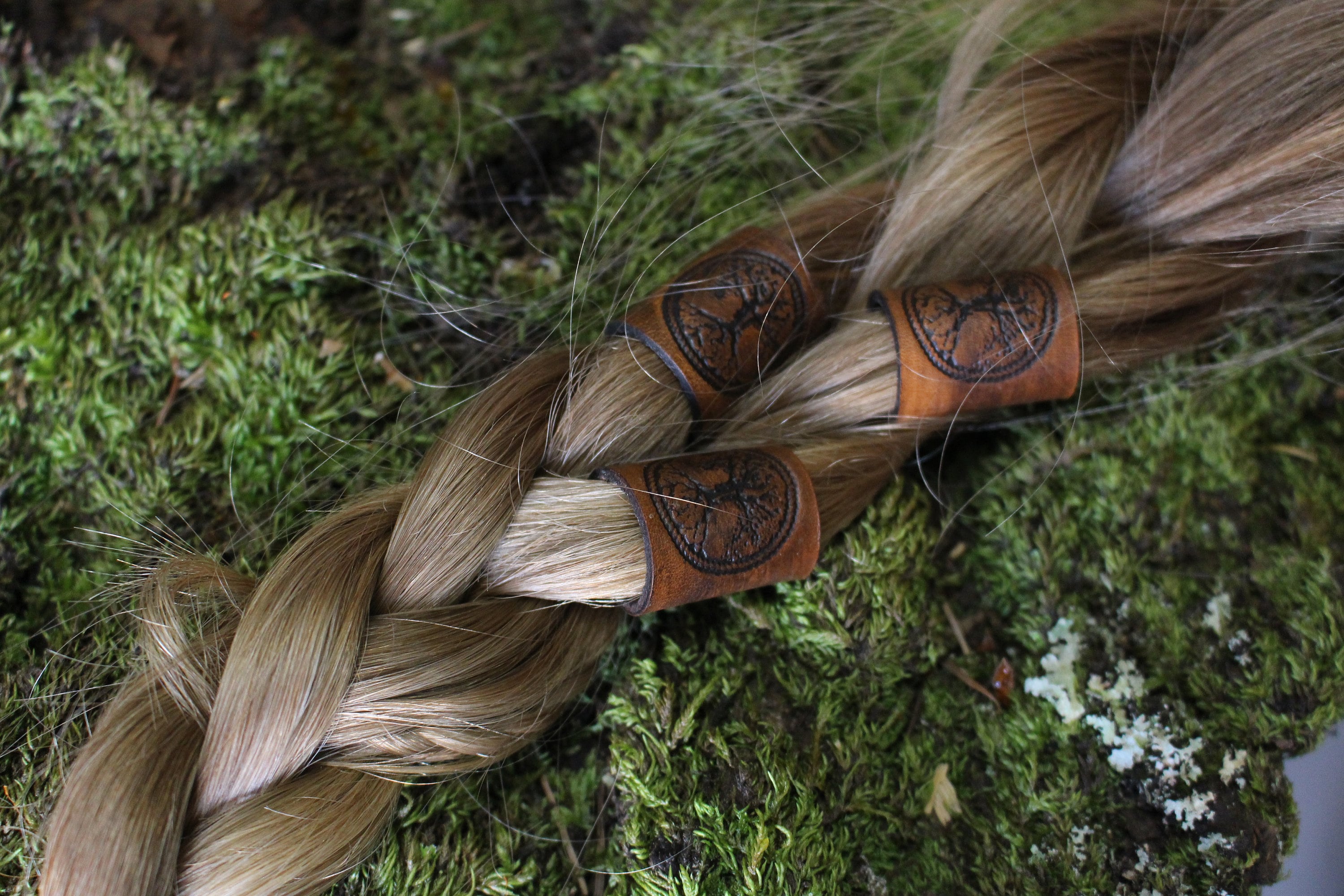 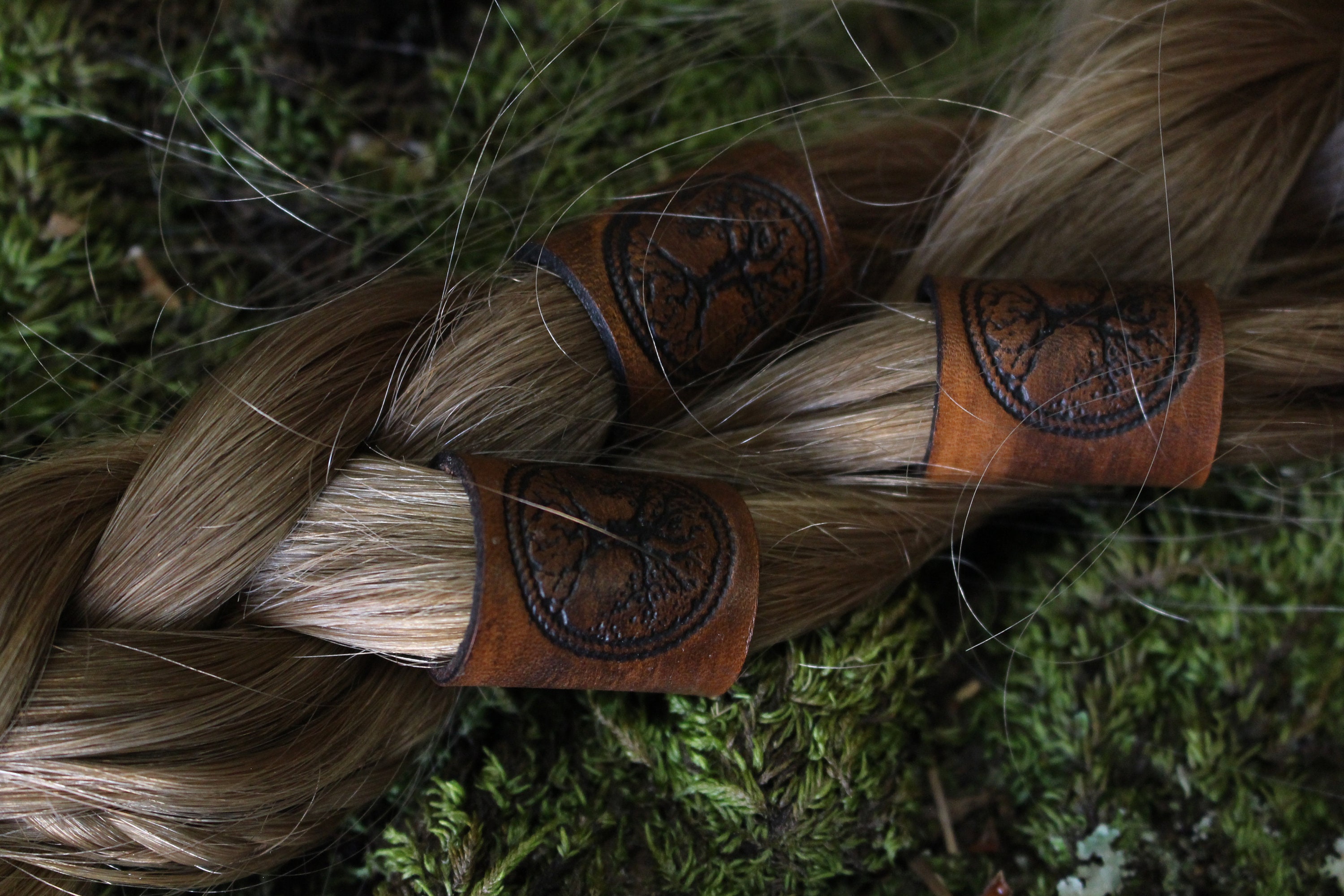 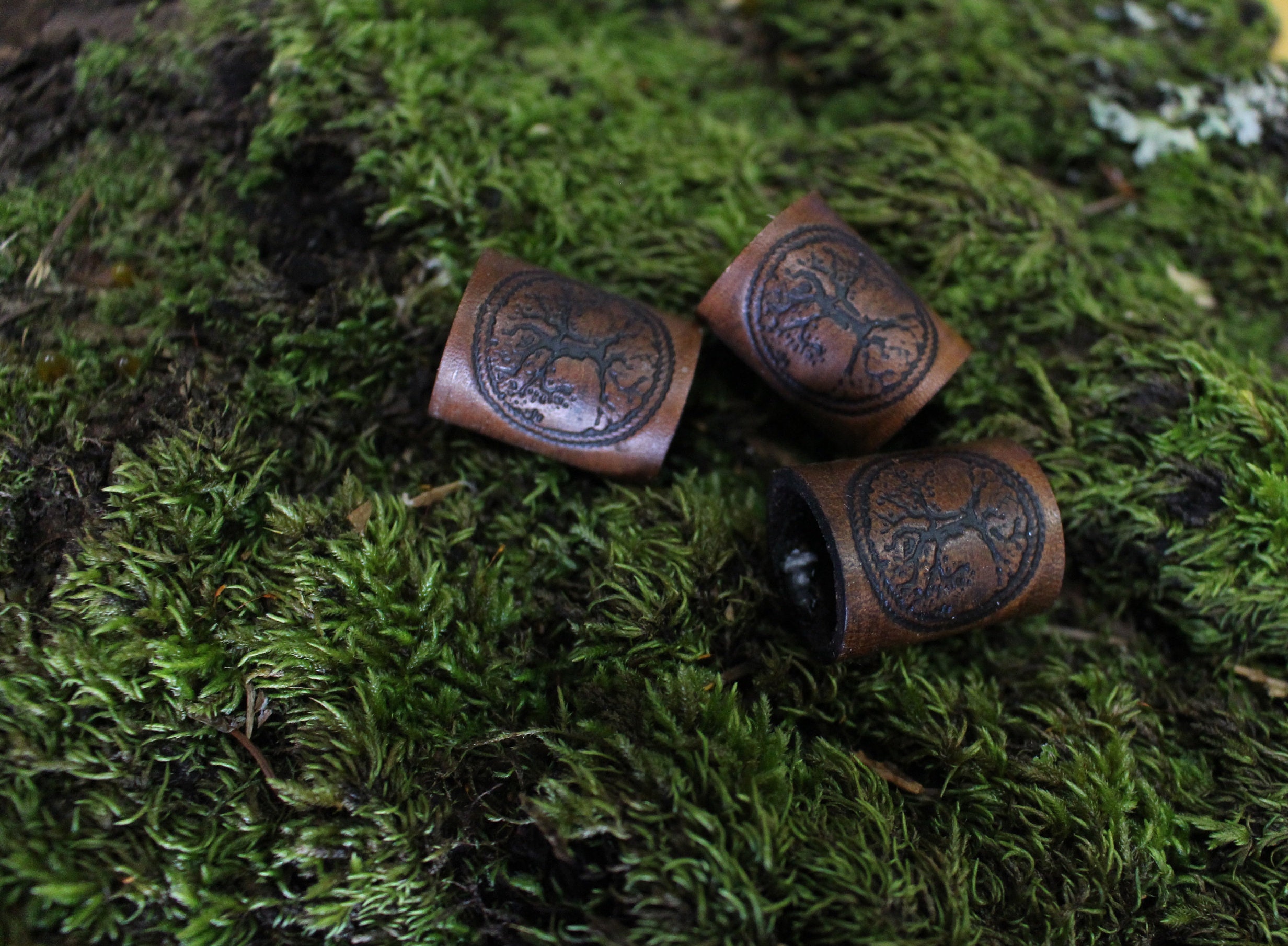 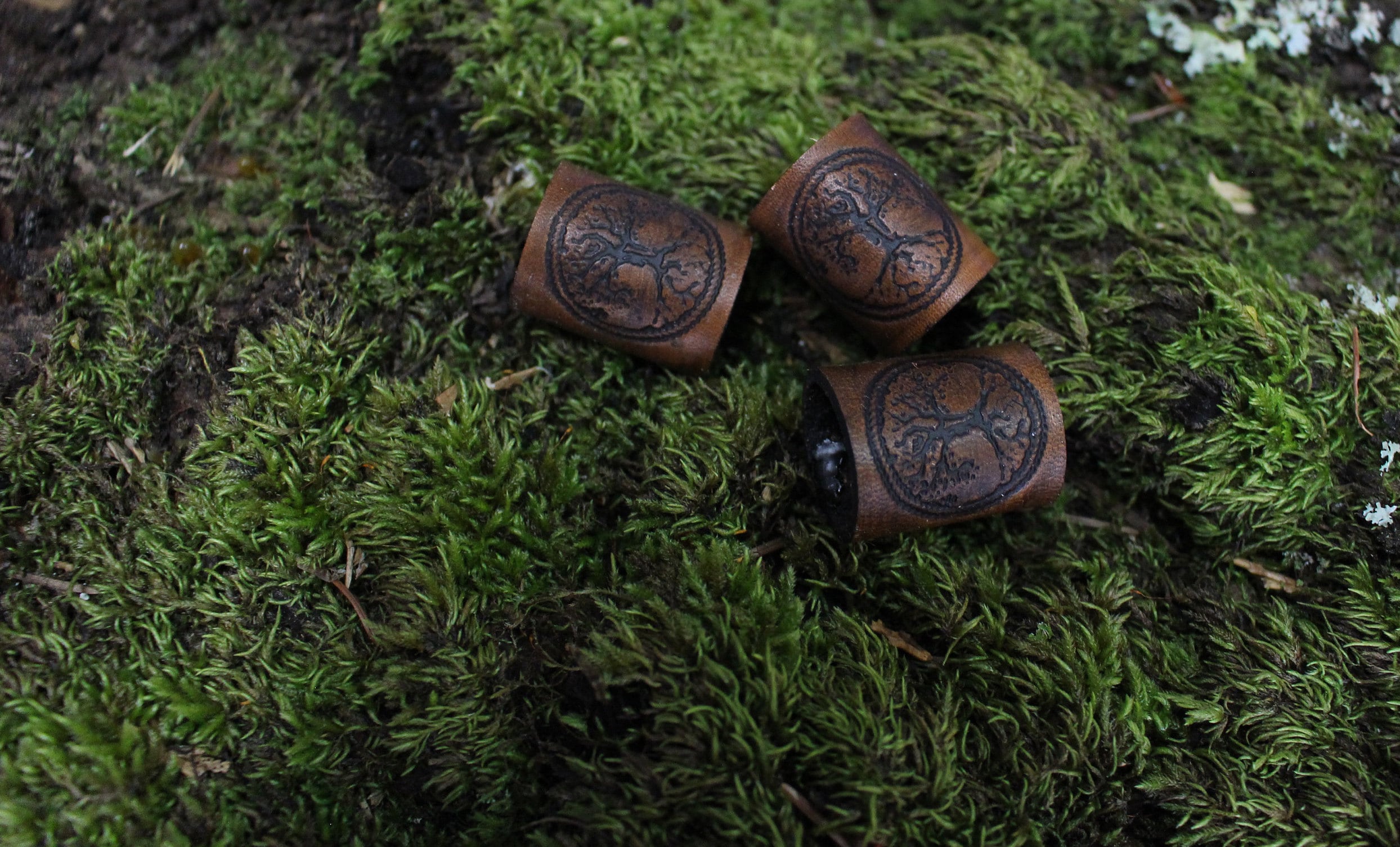 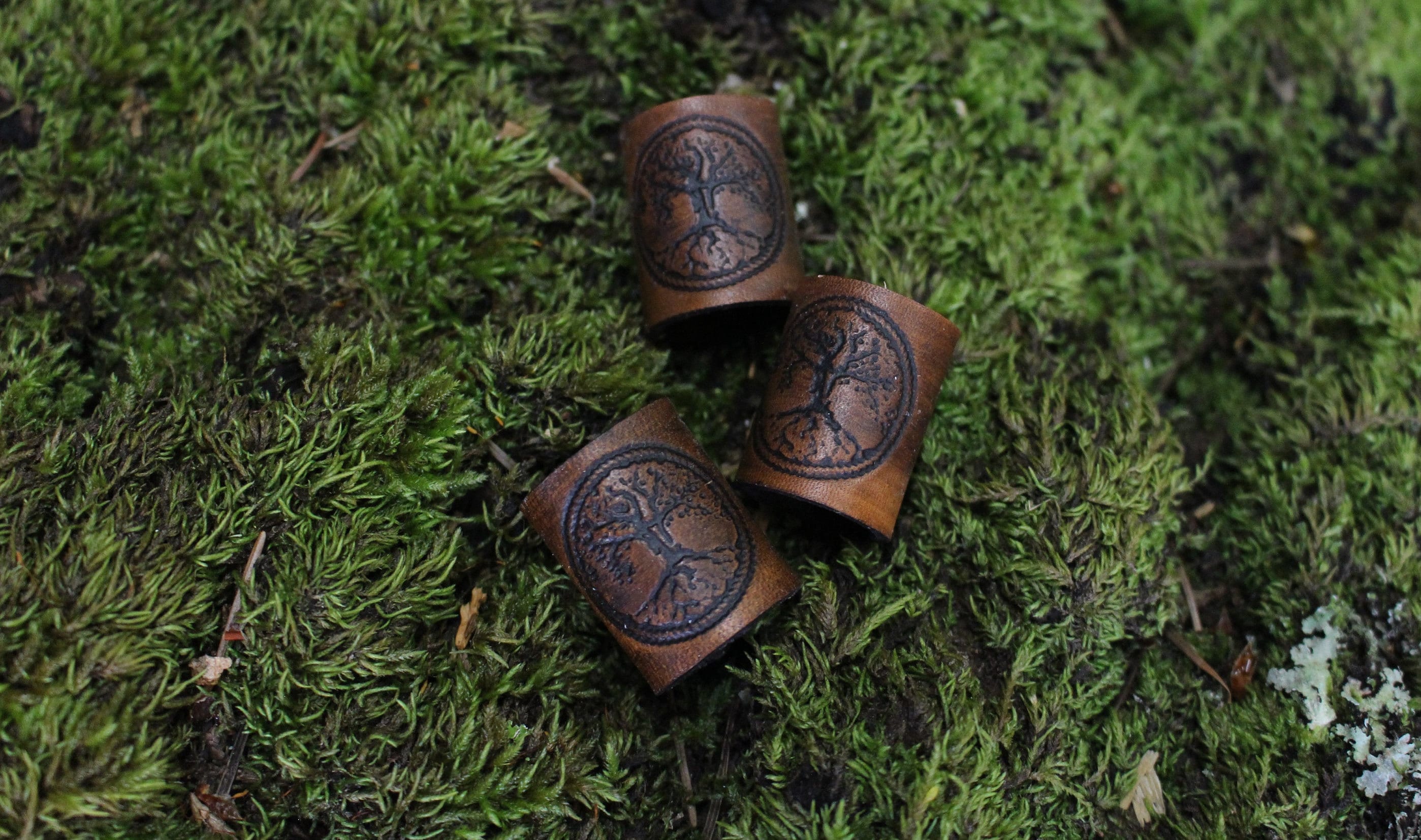 These unique viking hair/beard beads have been hand crafted using premium European leather and designed in house, every hair/beard bead is hand cut, tooled, dyed, sealed and sewn by hand.

Internal diameter of the beads average around 16-17mm diameter and are roughly 1 inch tall.

More on Yggdrasil The World Tree;

Amazing quality love it, hold my hair down the way I want it.

wonderful stuff, it is just perfect.