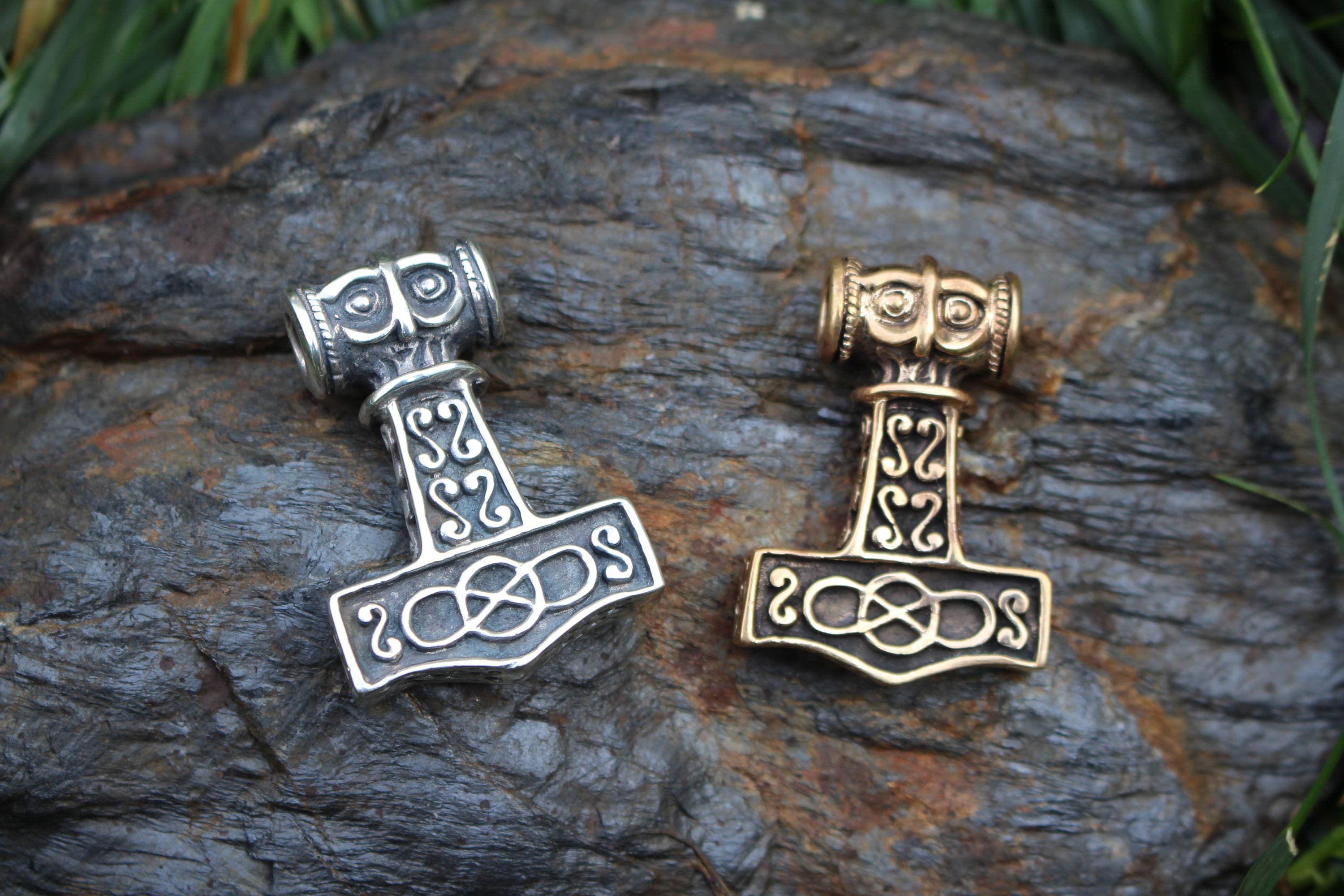 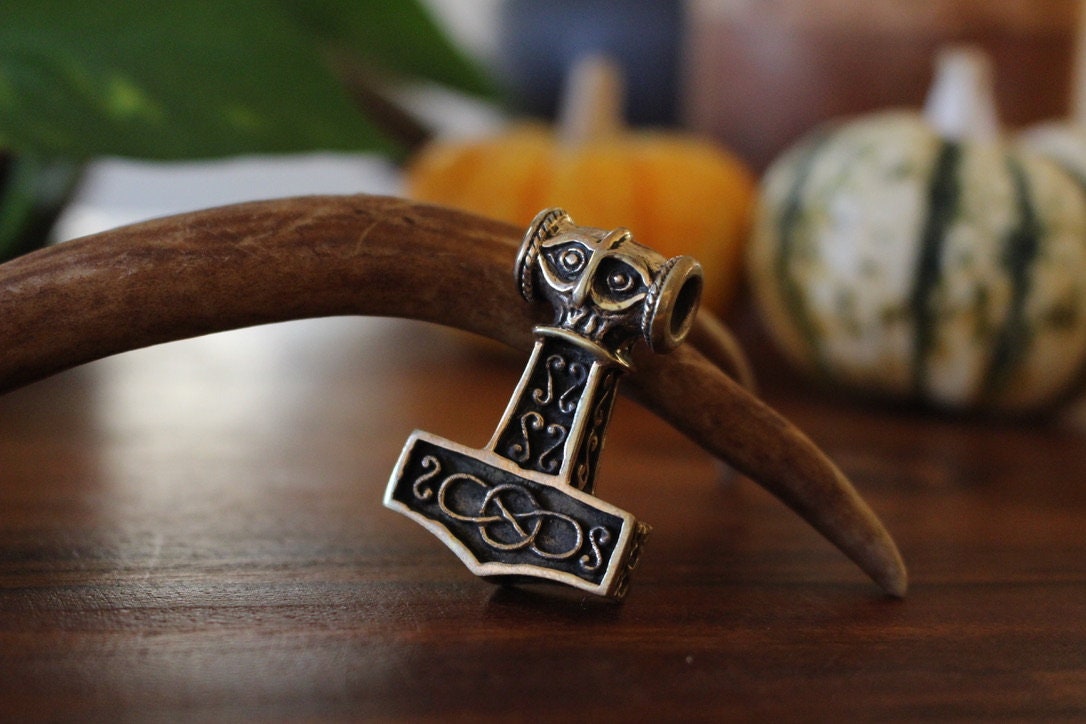 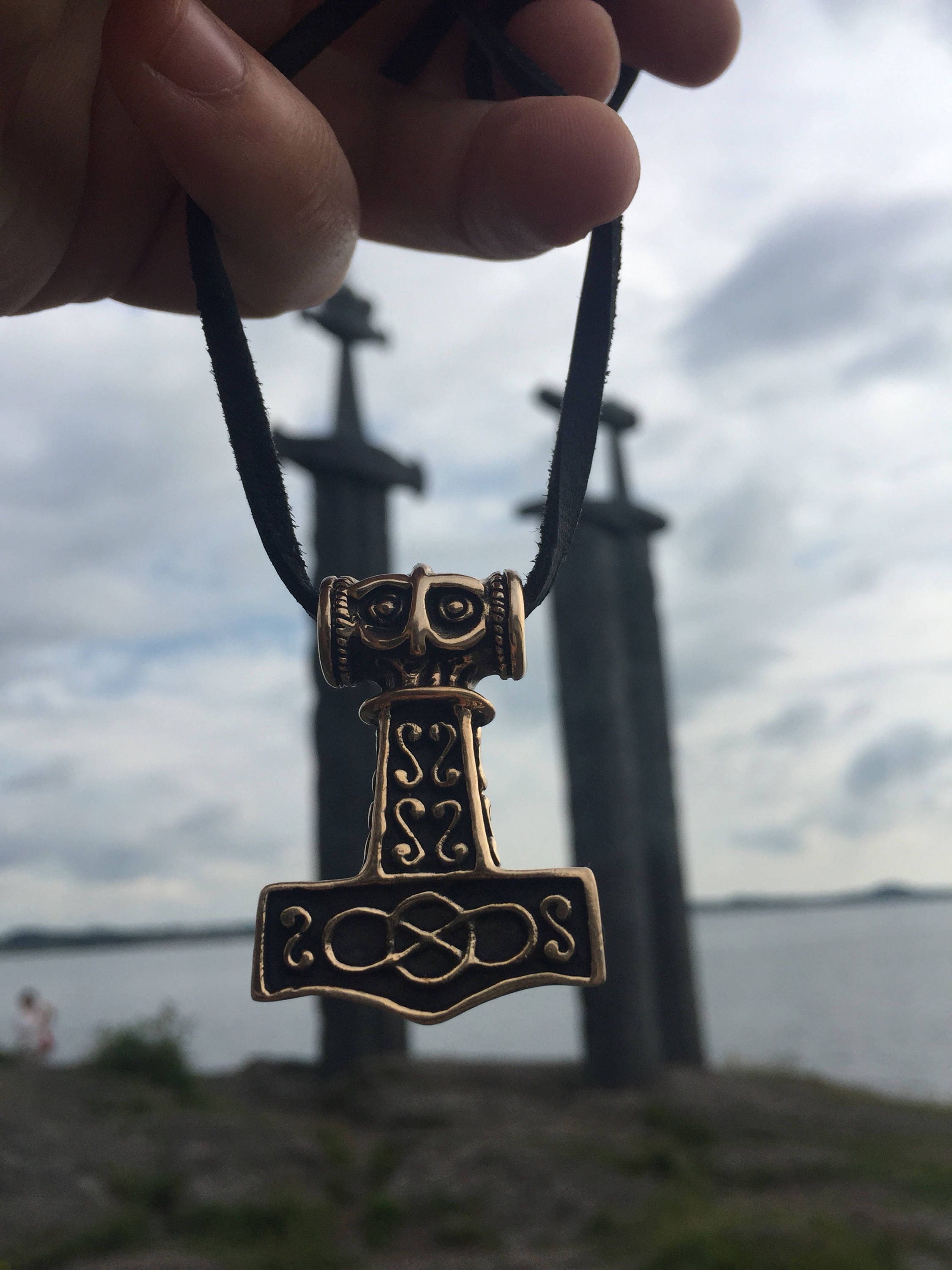 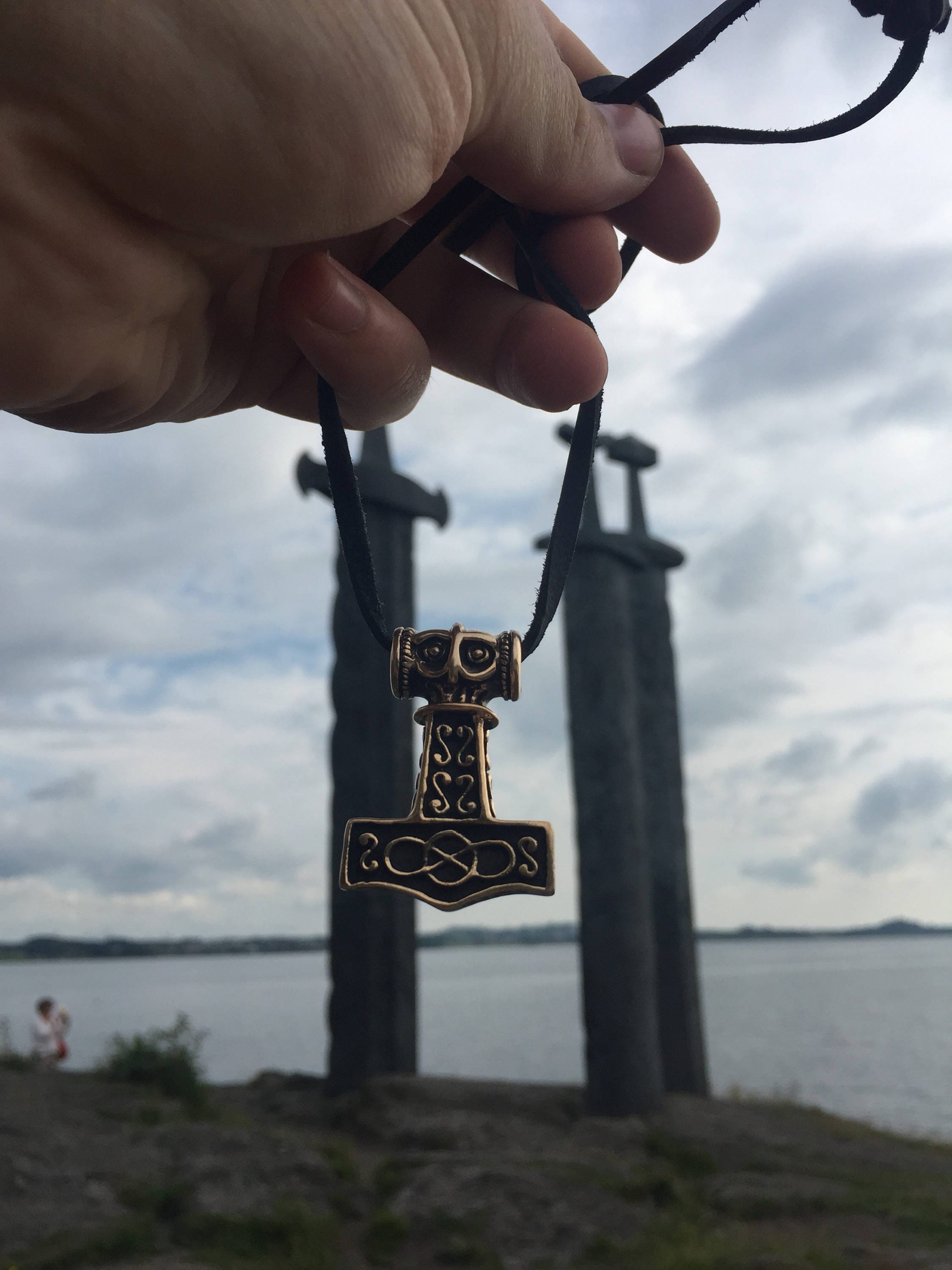 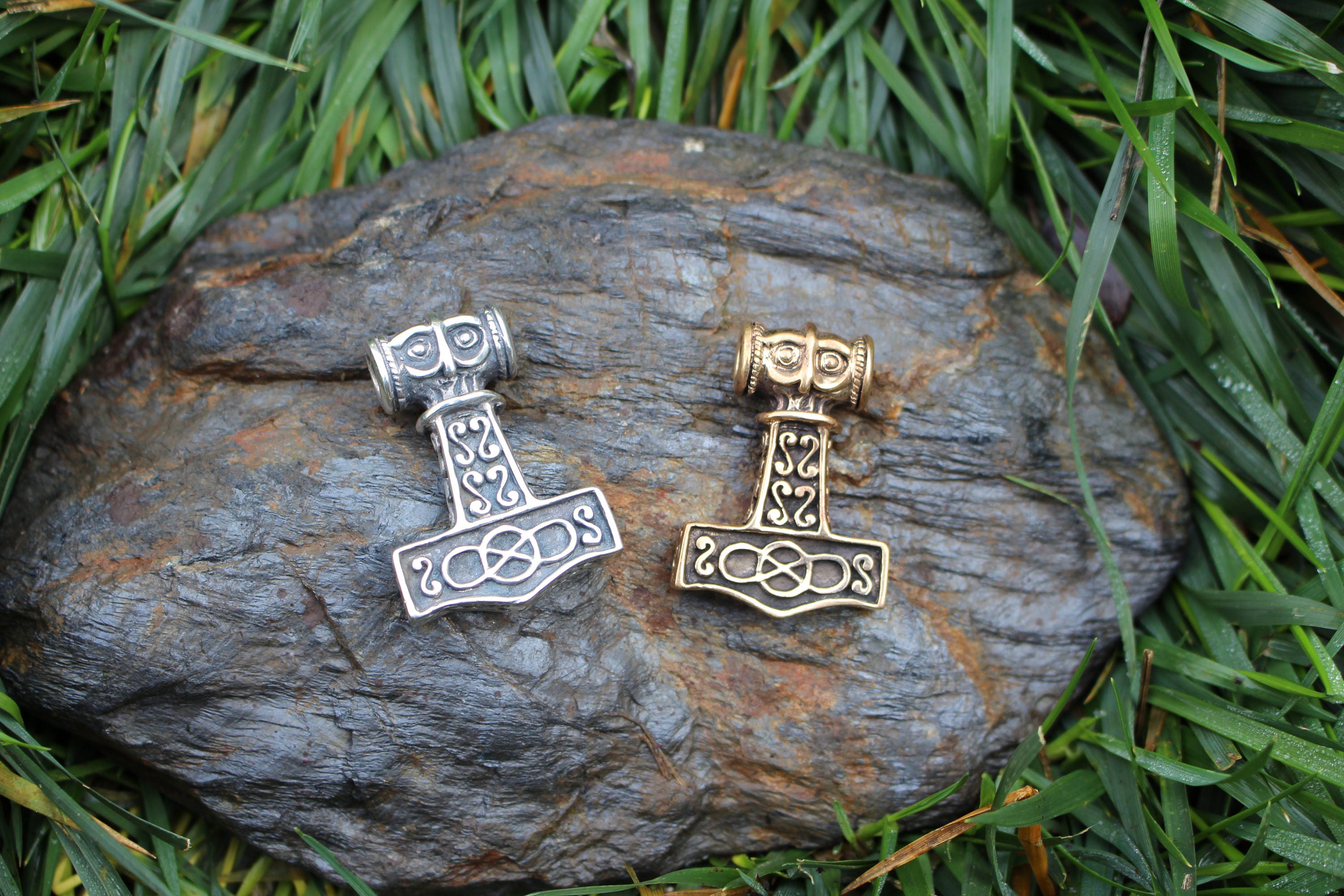 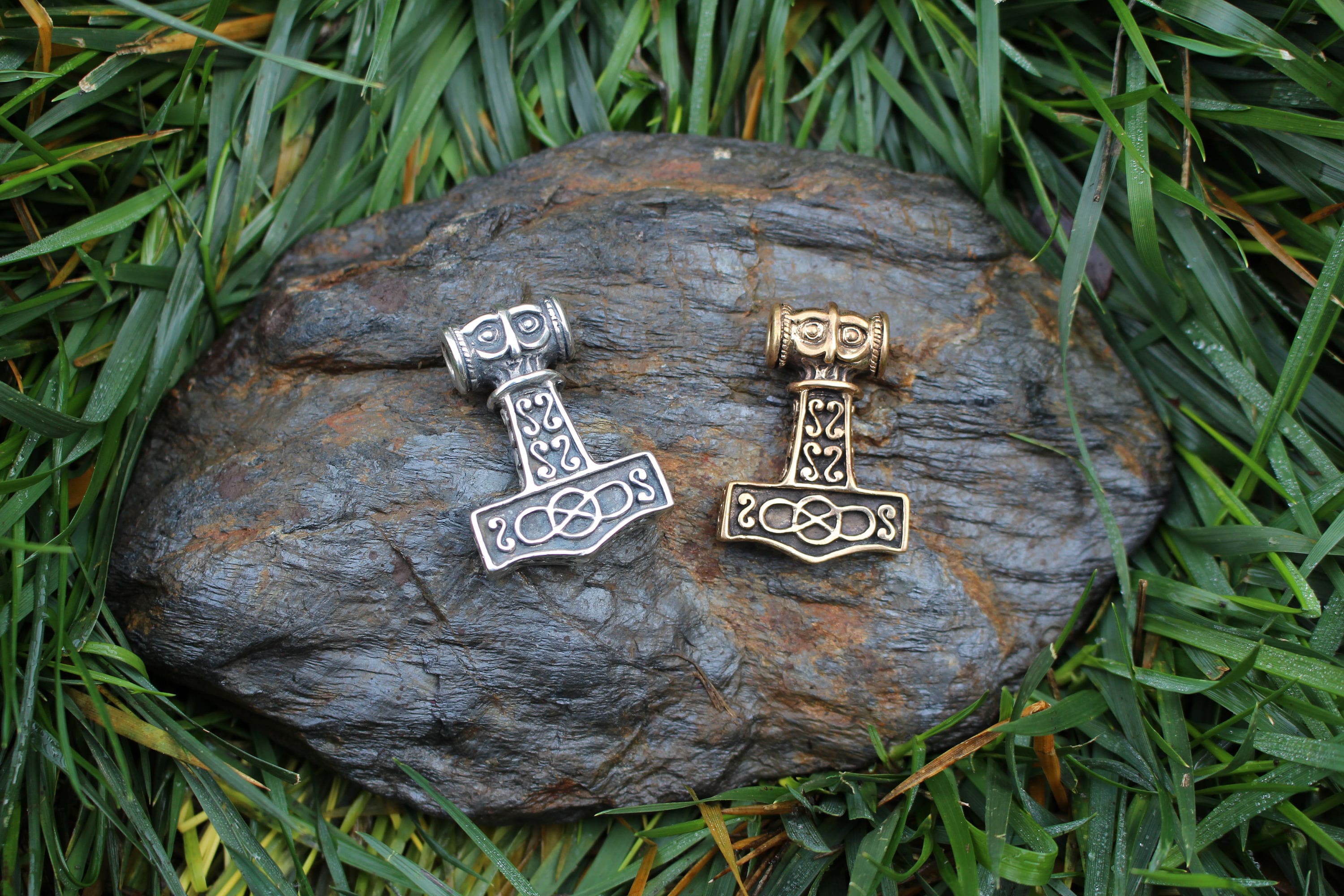 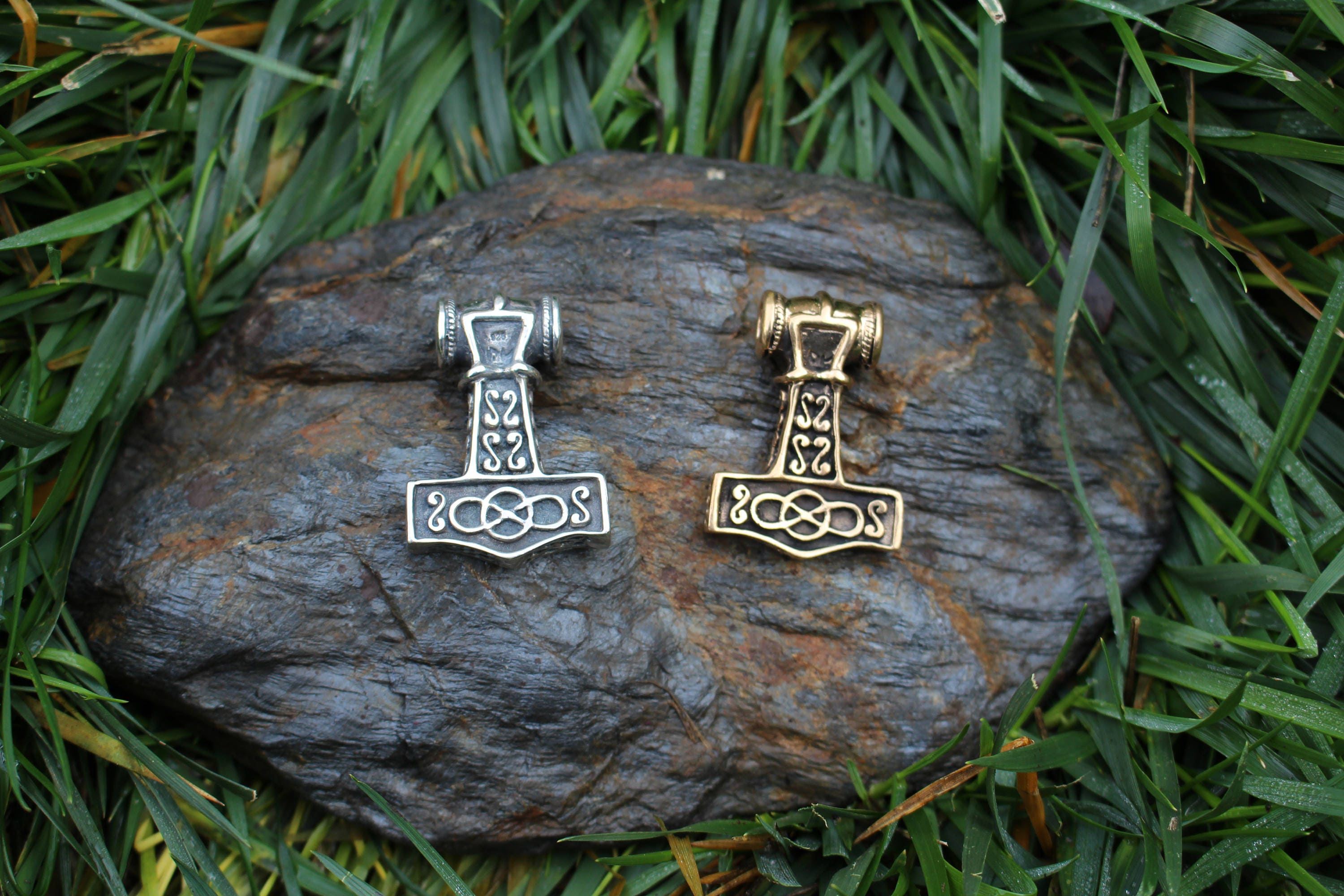 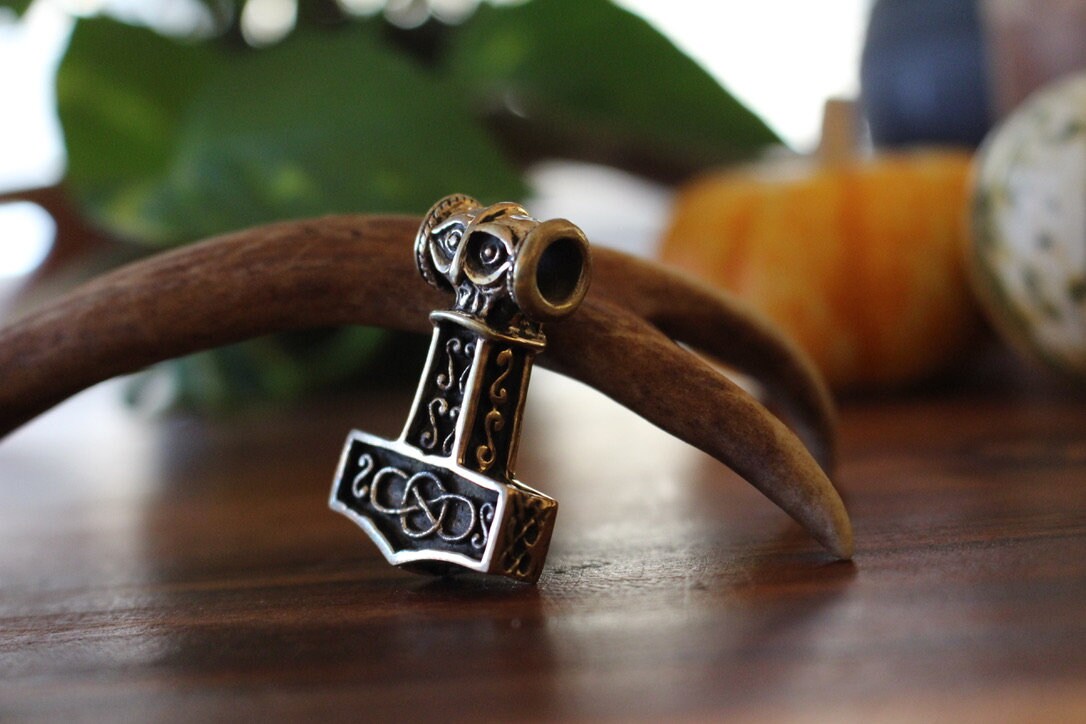 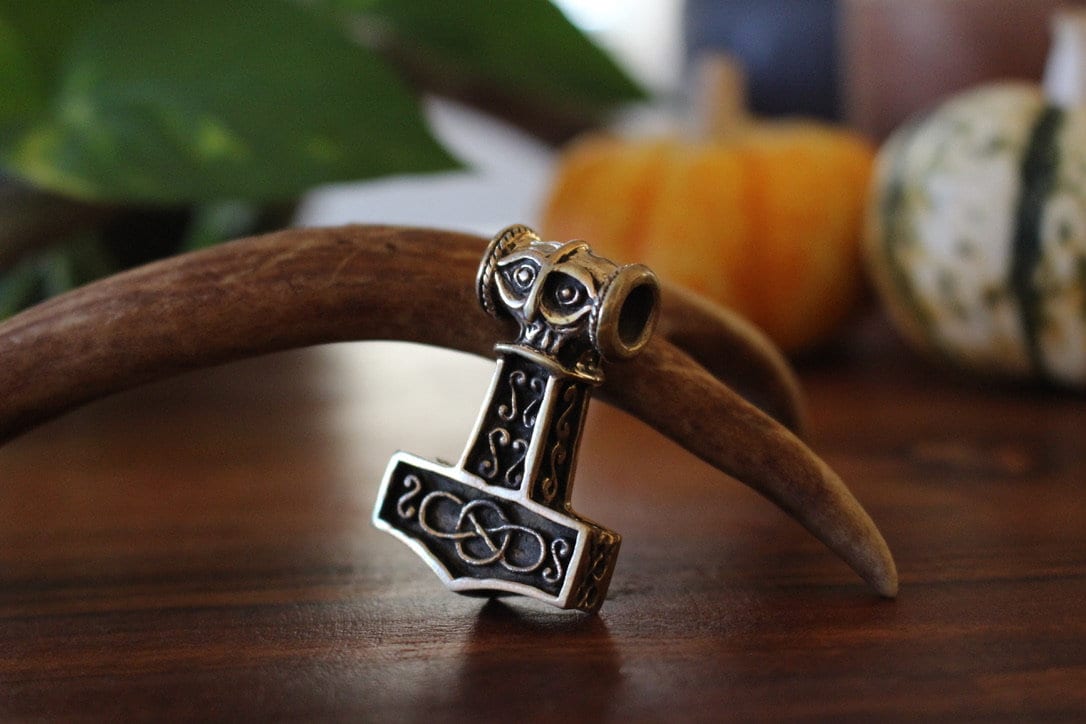 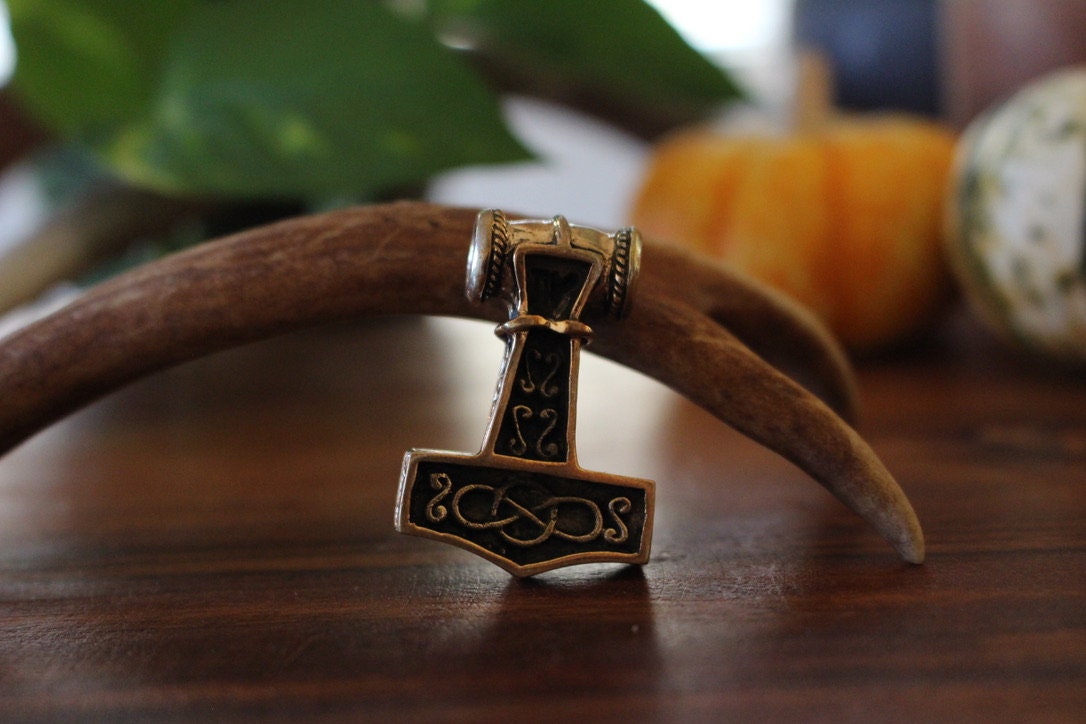 The hammer’s defining characteristic is its unintentionally short handle/shaft, a result of Loki terrorizing the blacksmithing dwarves Eitri and Brokkr while they forged it.
An adjustable leather cord will be included with every necklace.

Made in rich golden bronze and sterling silver.

We also sell handmade replica glass beads if you wish to add them to your cord with your pendant which was commonly done during the viking age.

If you have any questions please feel free to message me!

Everything I hoped it would be and it came on it’s on cord! I appreciate the super fast shipping too.

Beautiful piece! I got the bronze mjolnir. It's bigger than I thought it would be. Superb detail.

Amazing piece, very happy with this purchase and again the shipping was so fast .