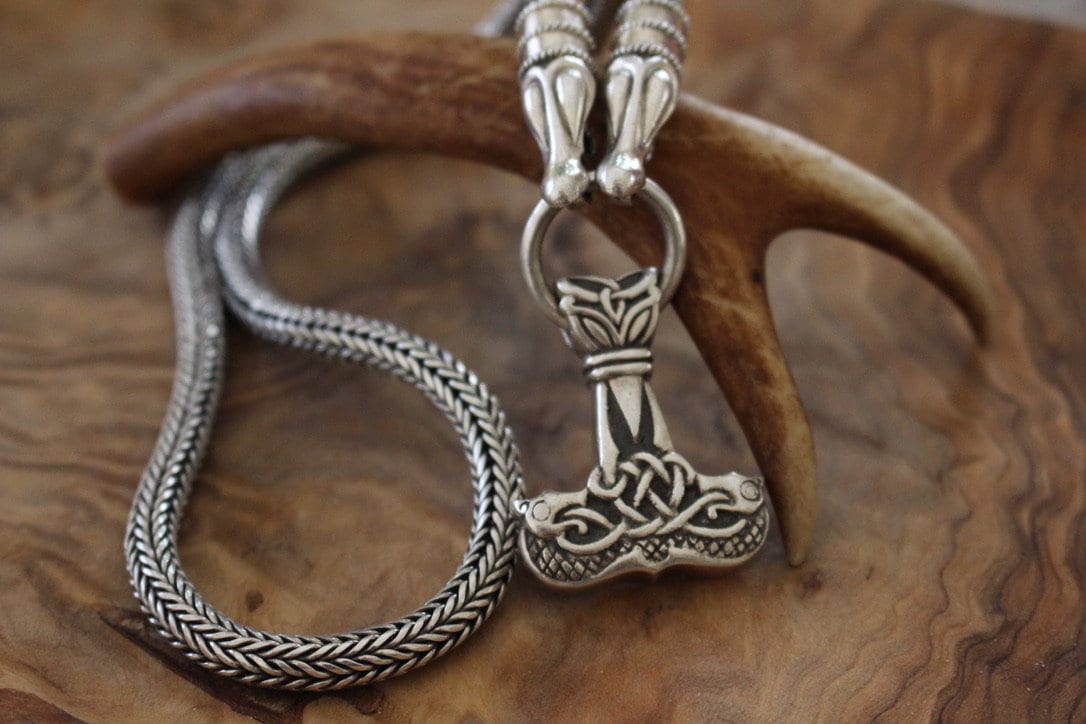 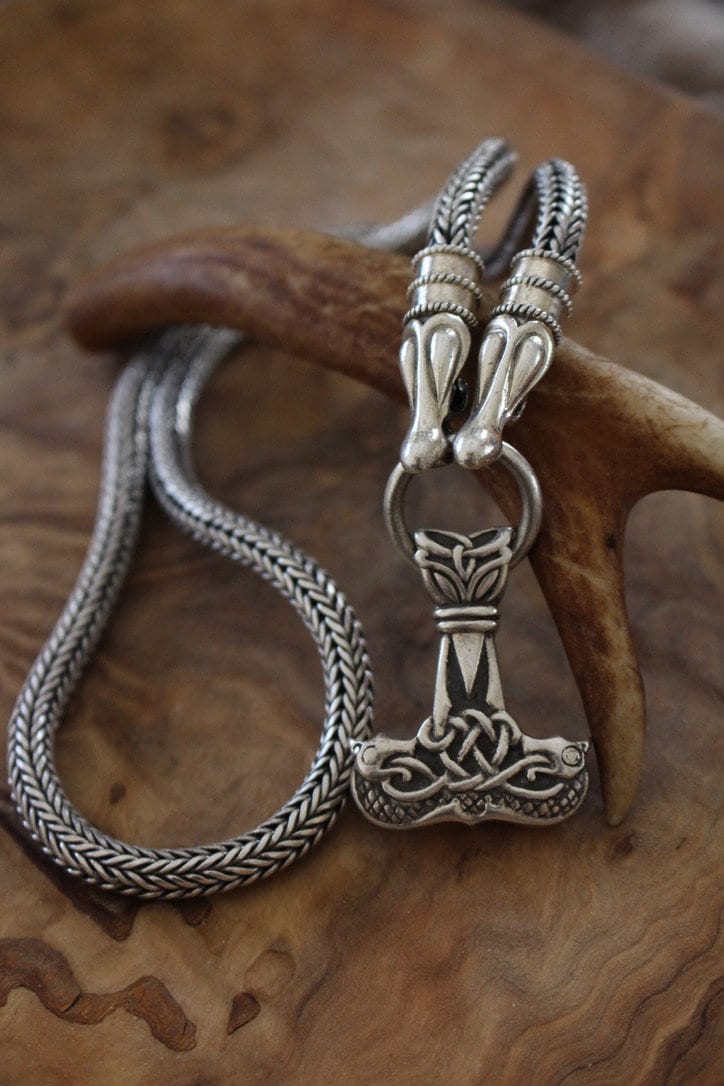 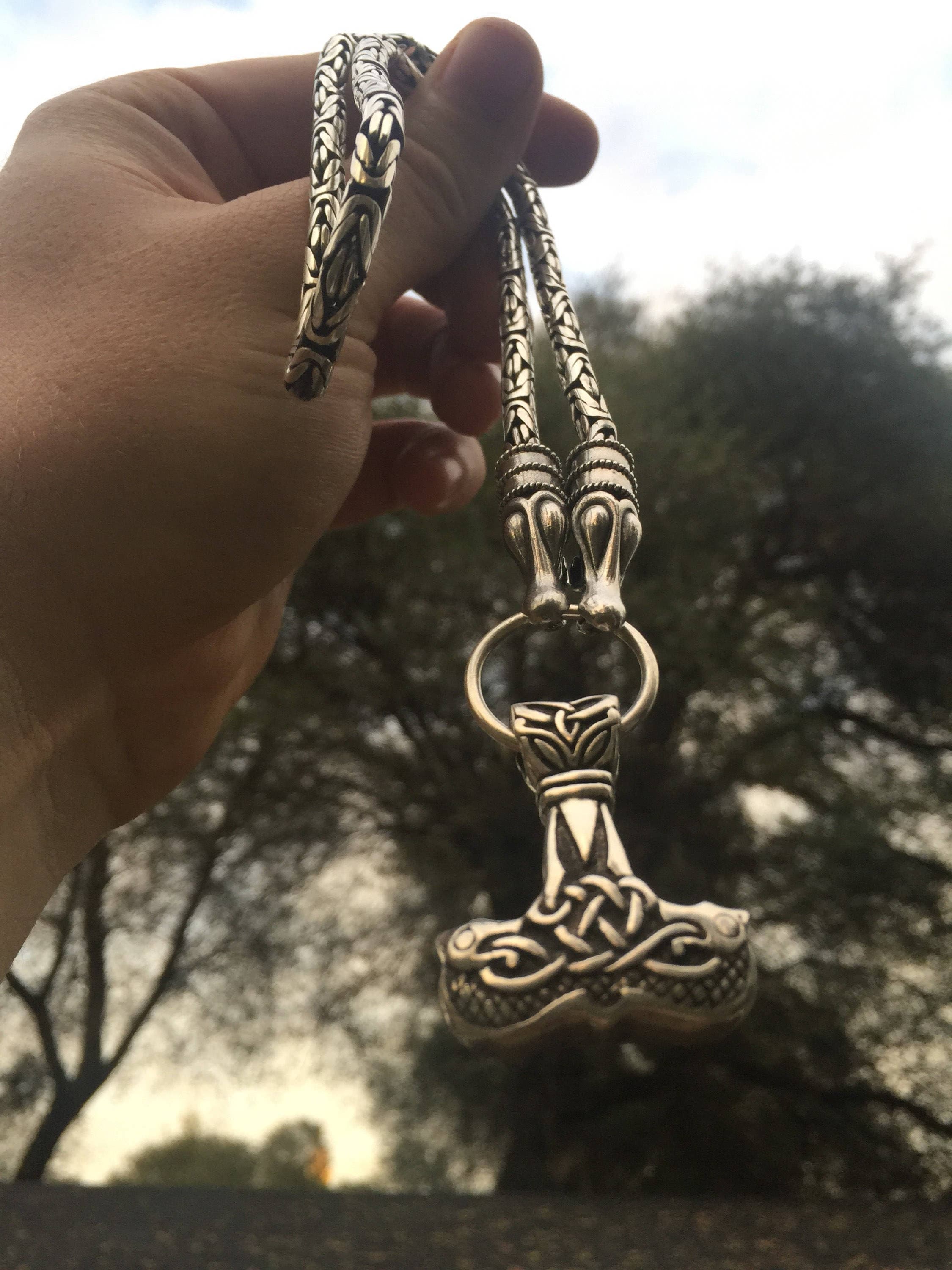 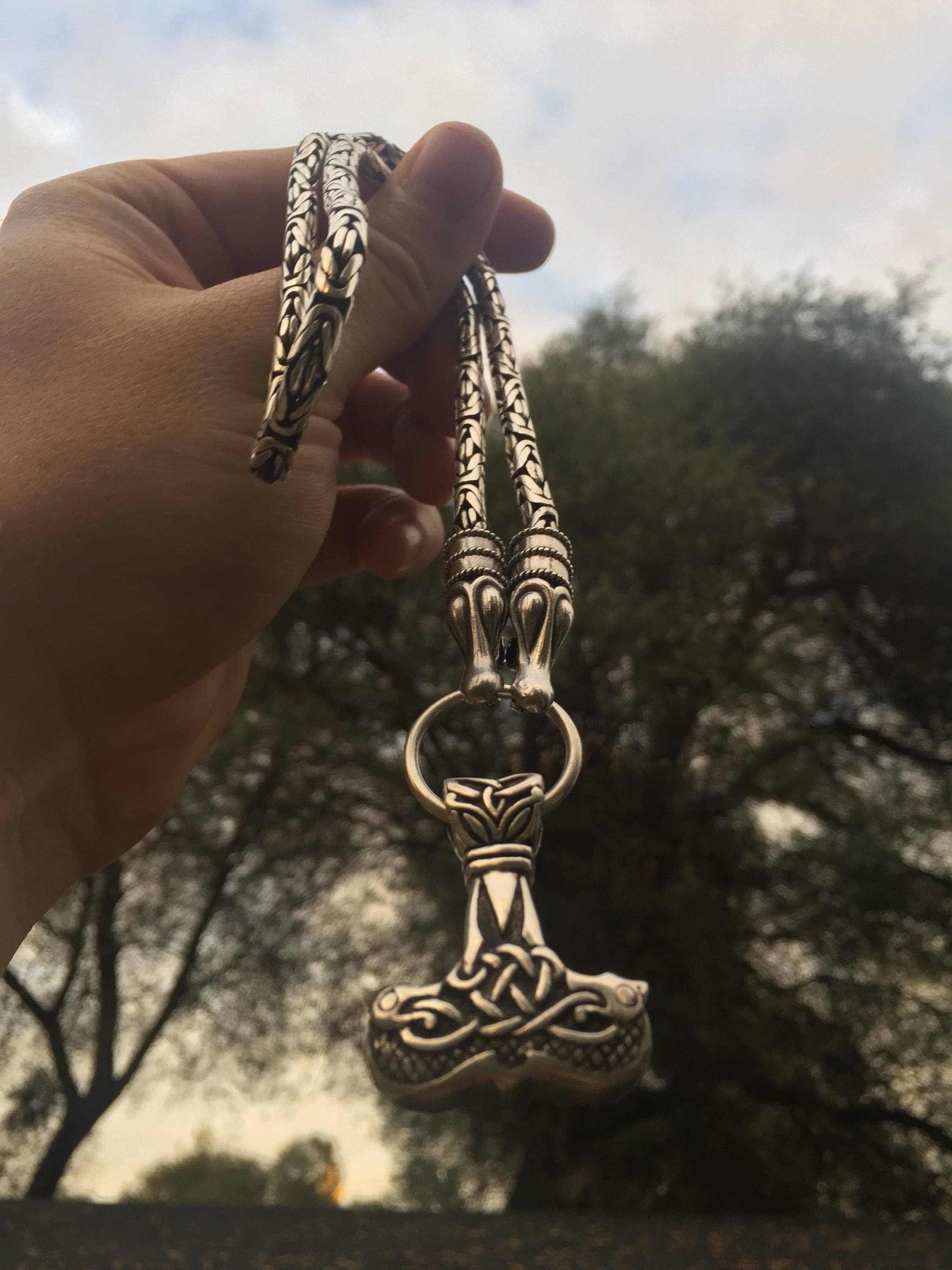 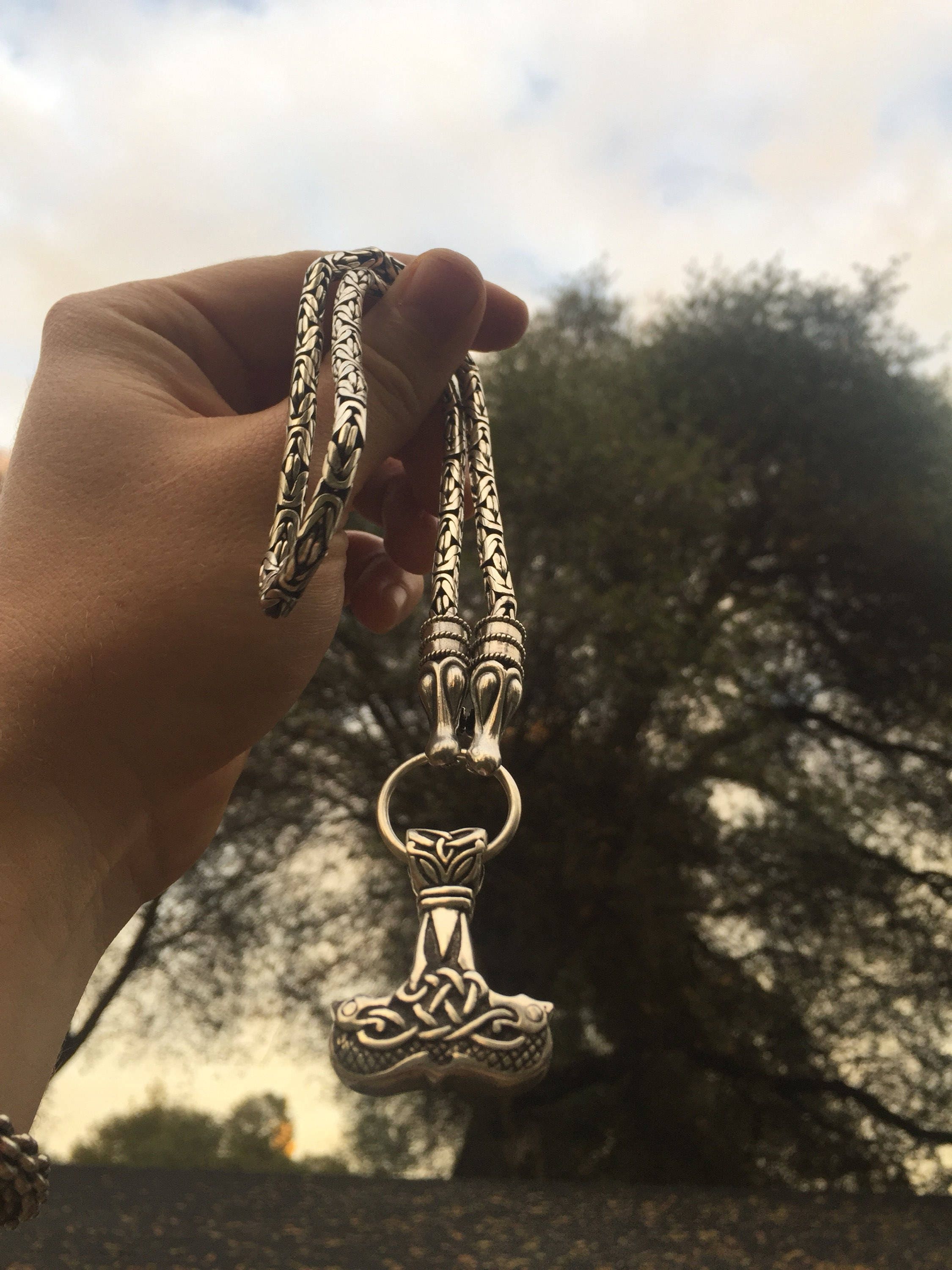 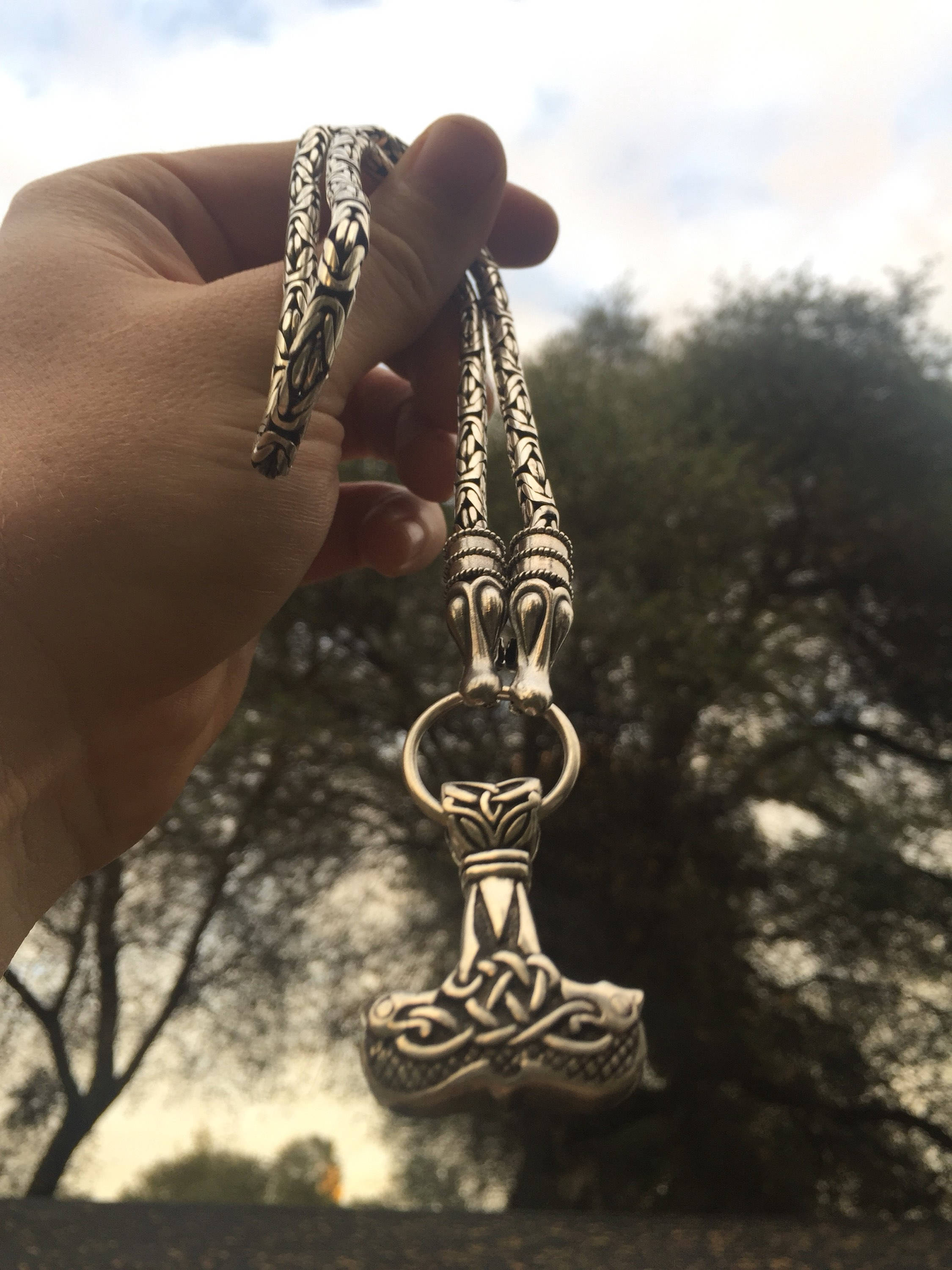 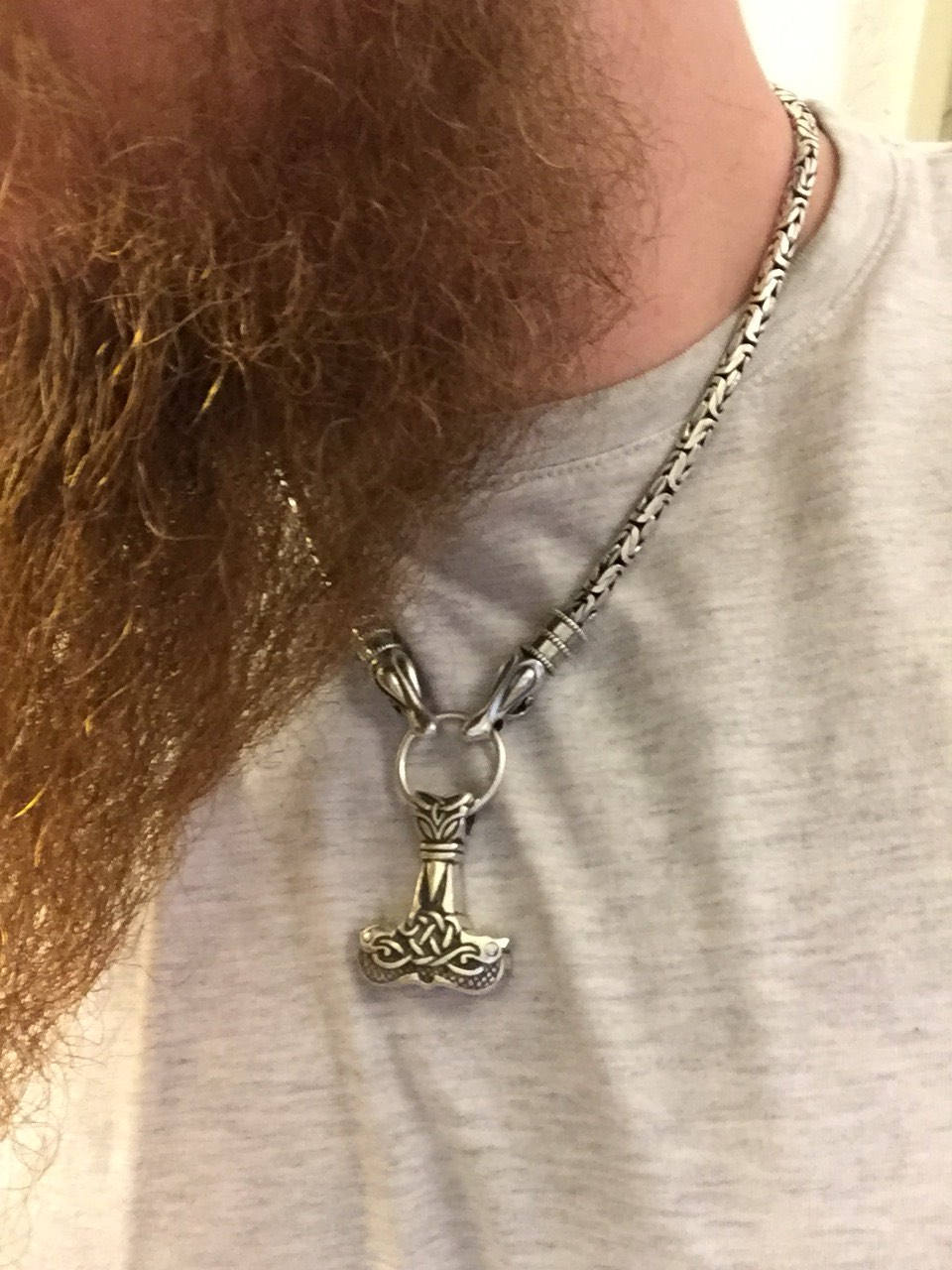 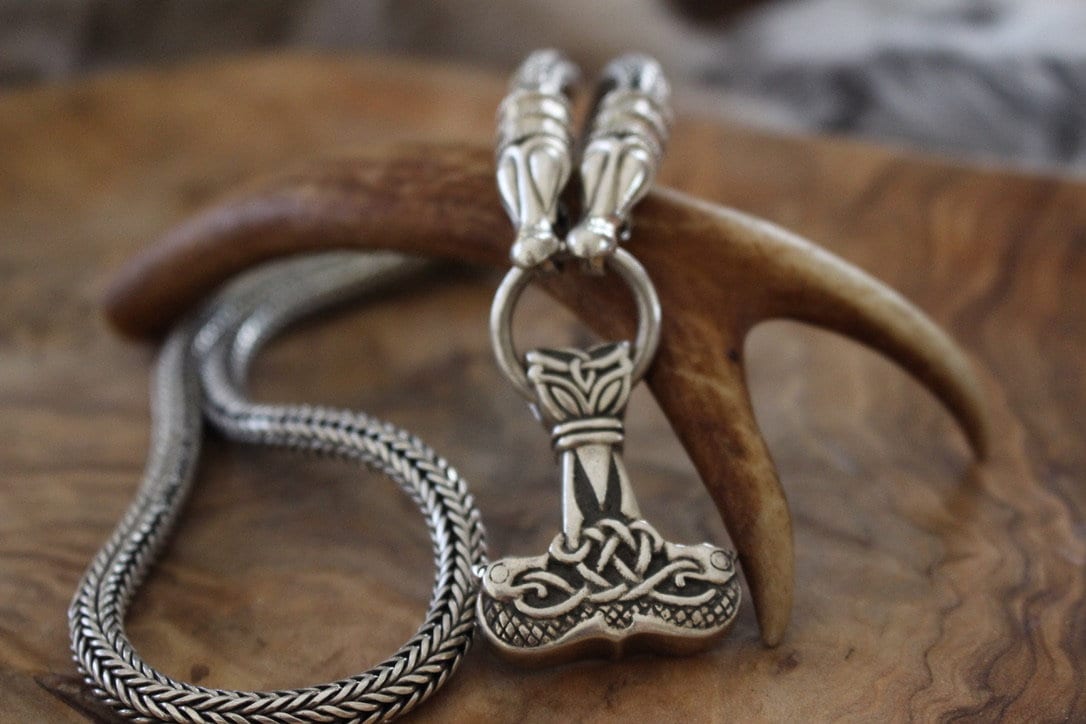 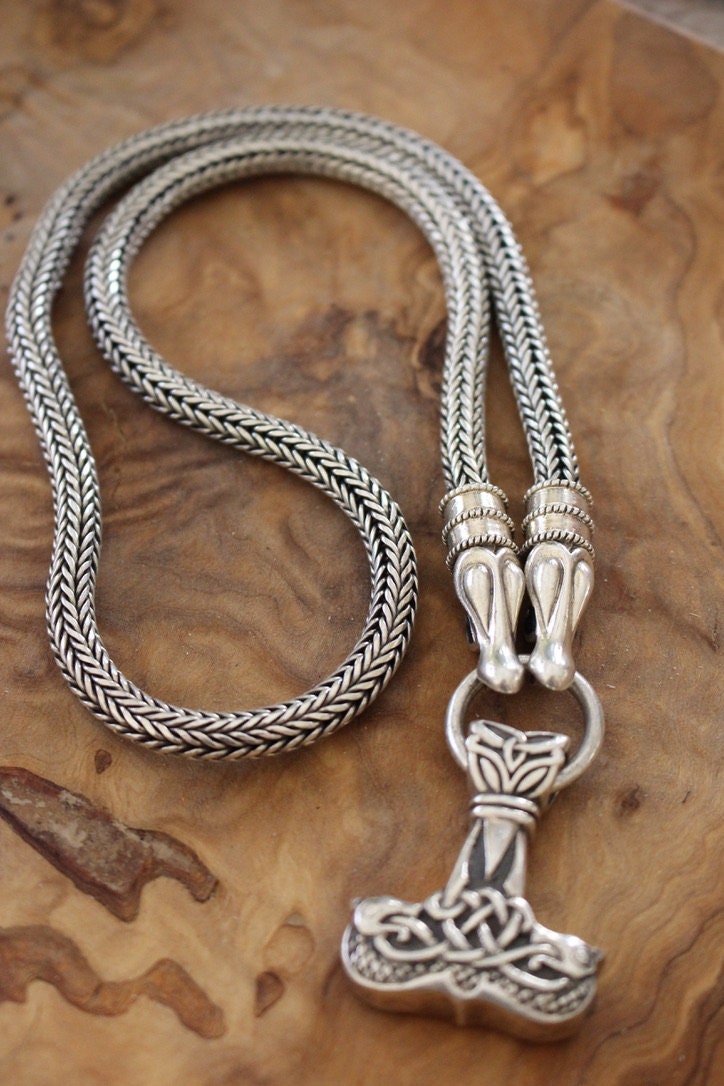 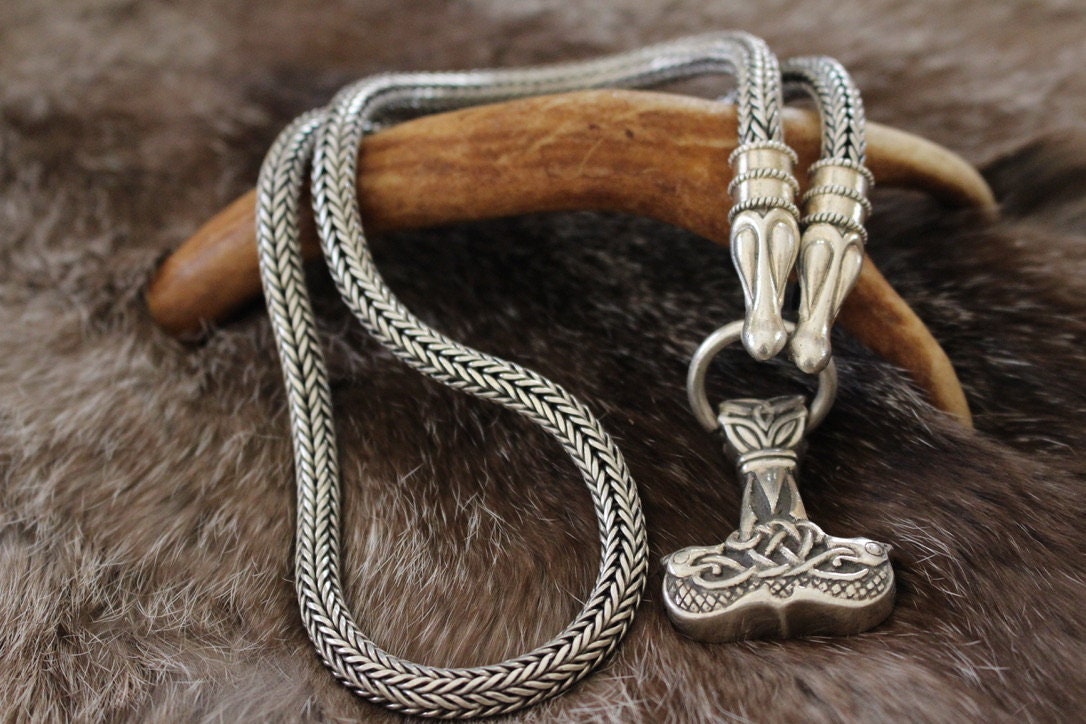 This hand crafted Kings chain is worth a kings bounty weighing in at over 1/4 pound of solid silver (over 5.5oz)

Very Sturdy thick silver that will be a family heirloom and last generations.

hand crafted and heathen made in Sweden by the Viking Kristall