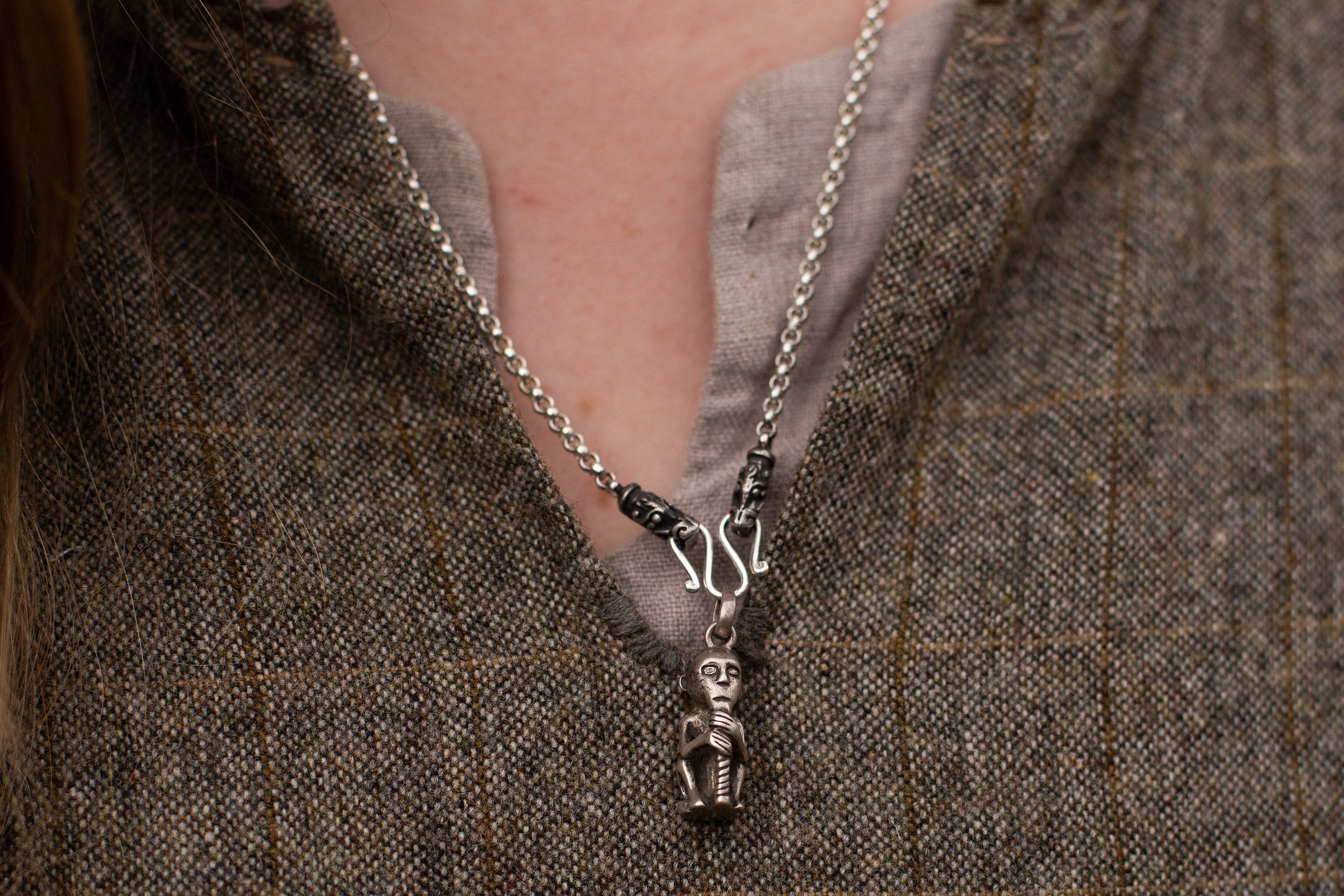 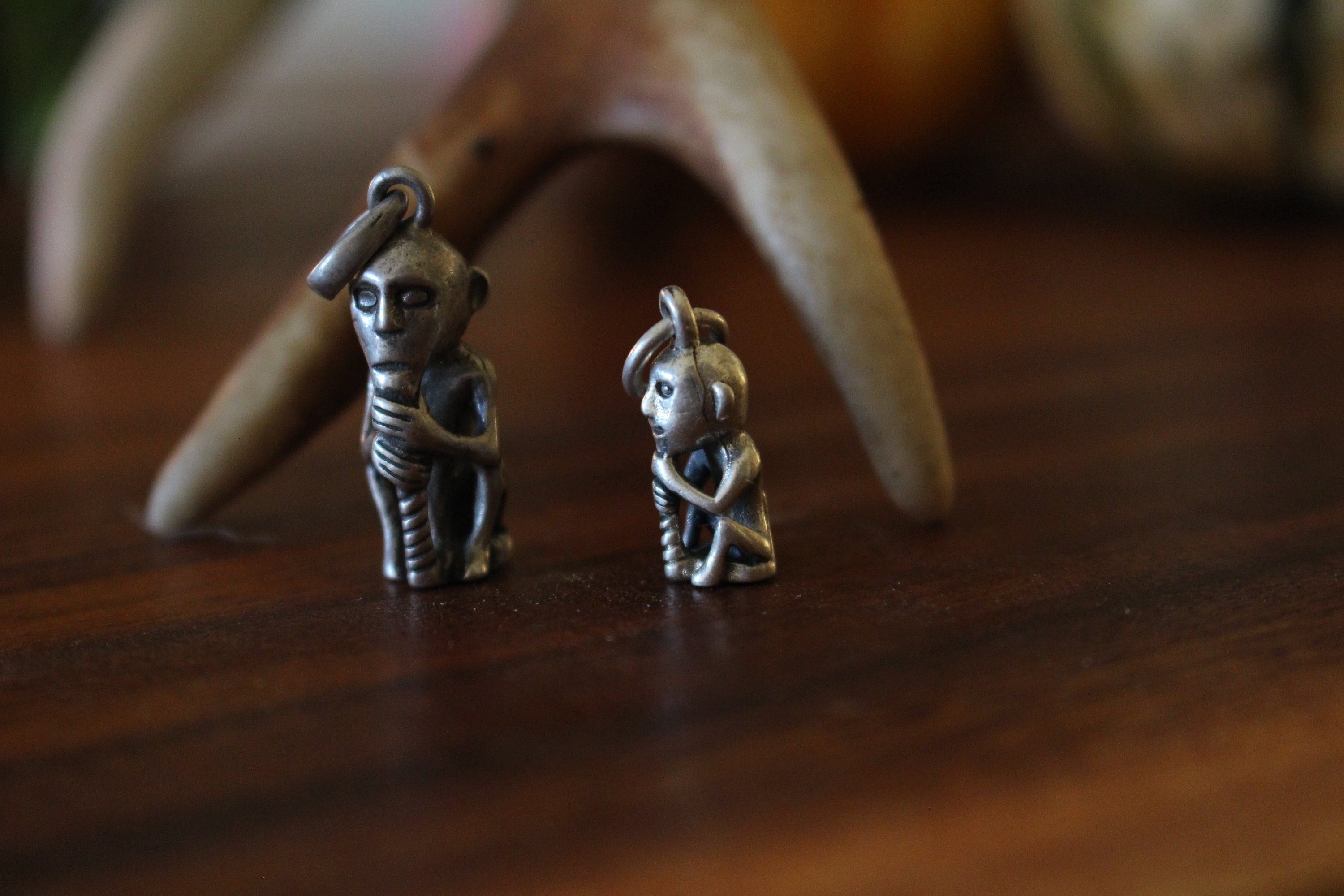 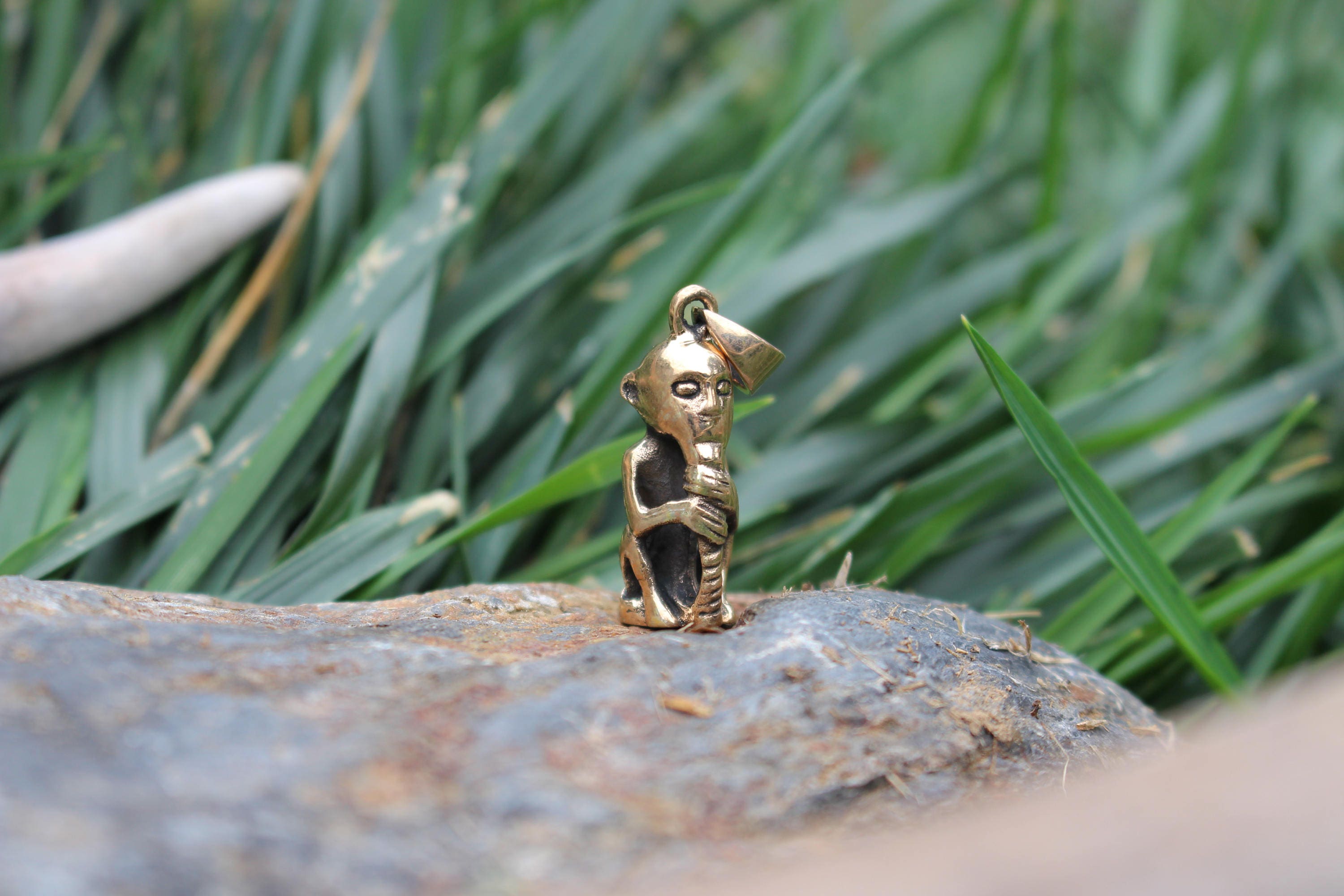 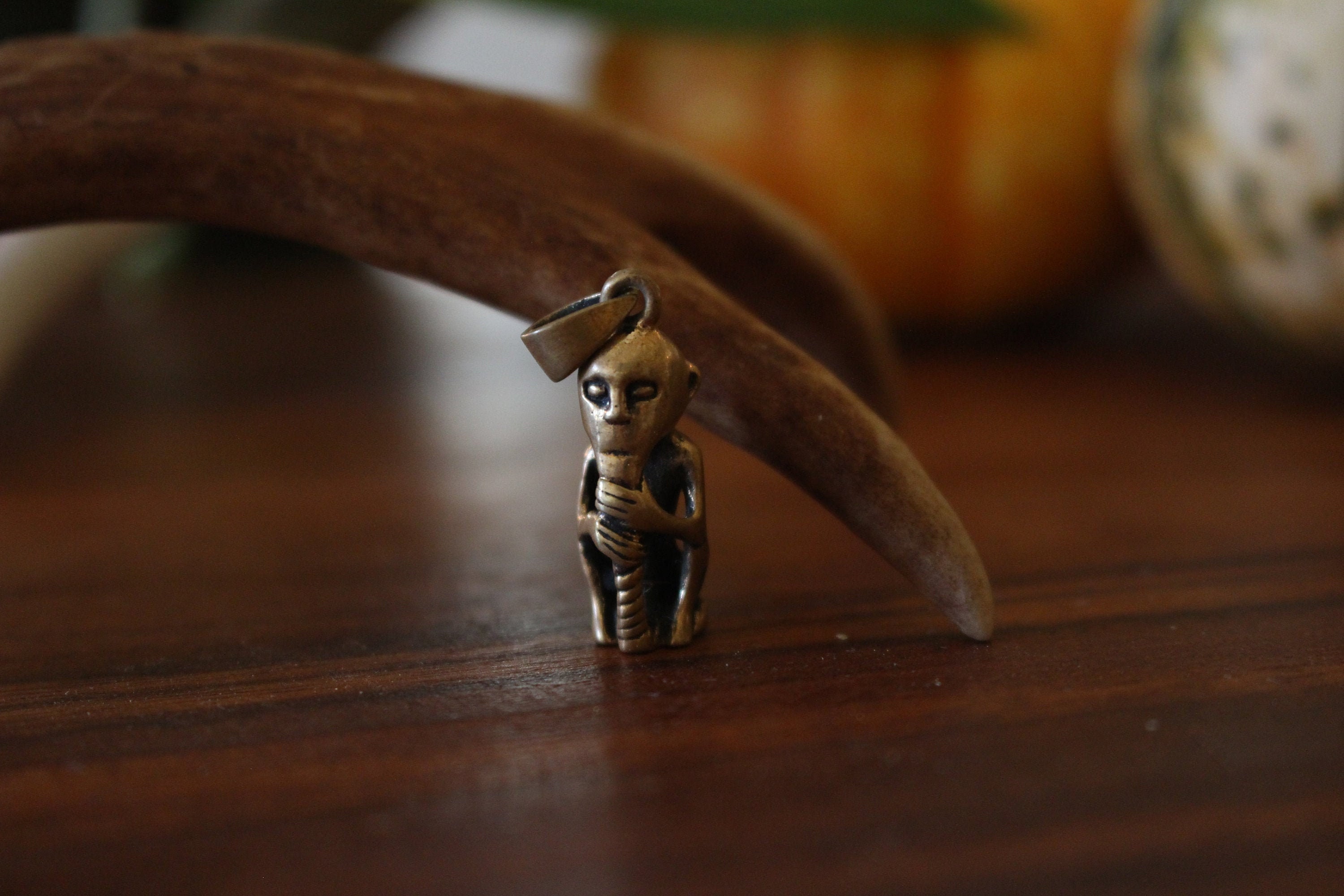 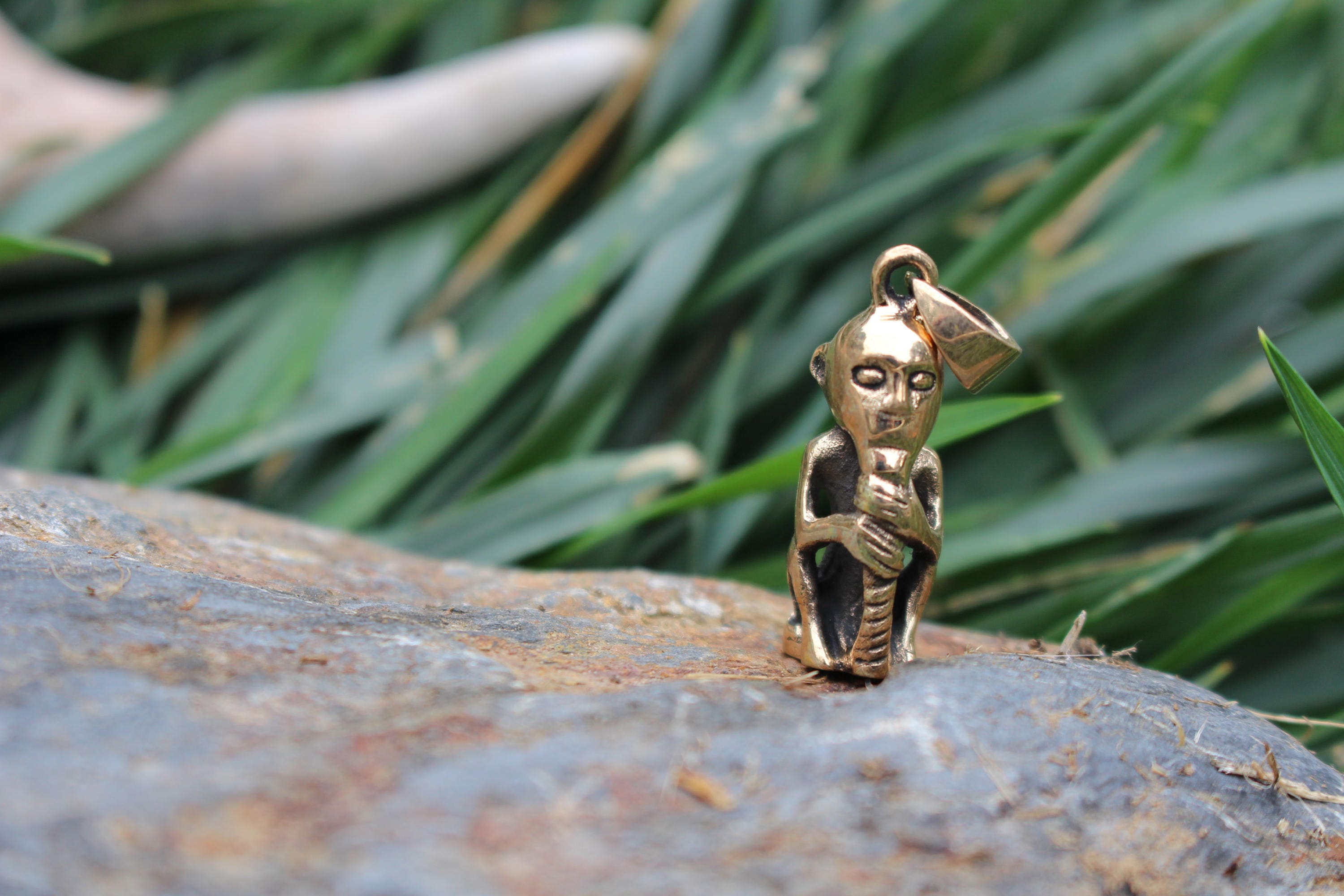 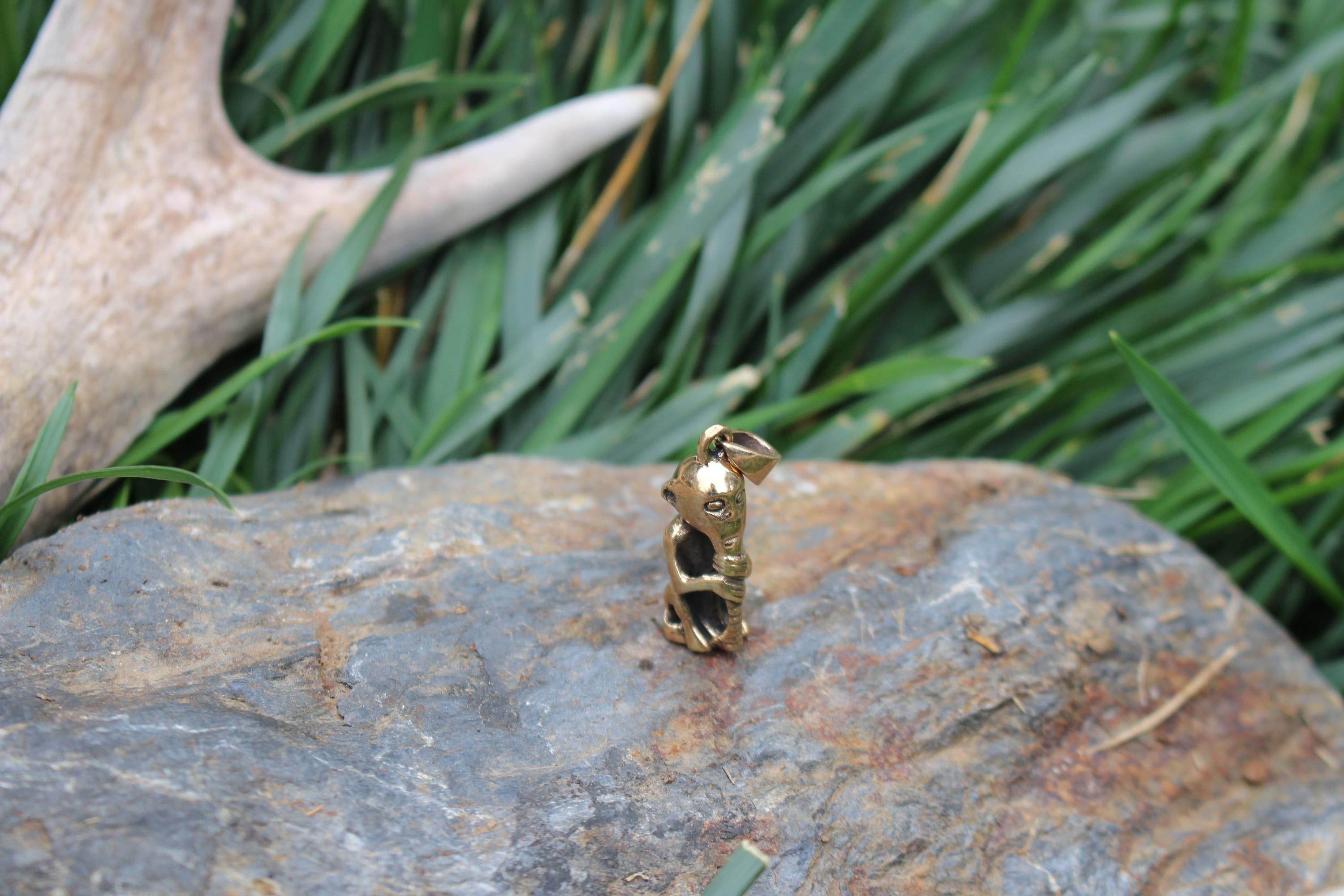 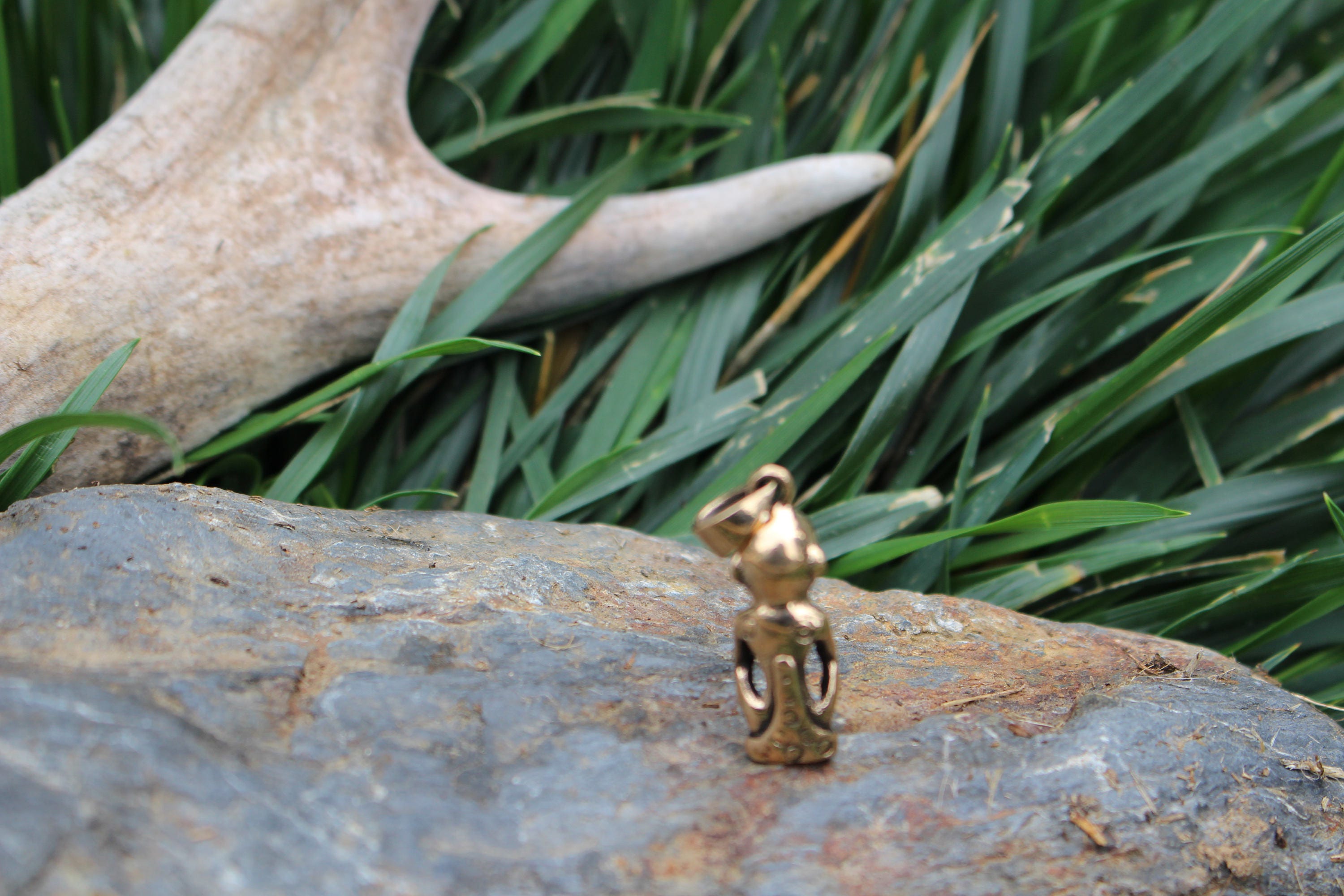 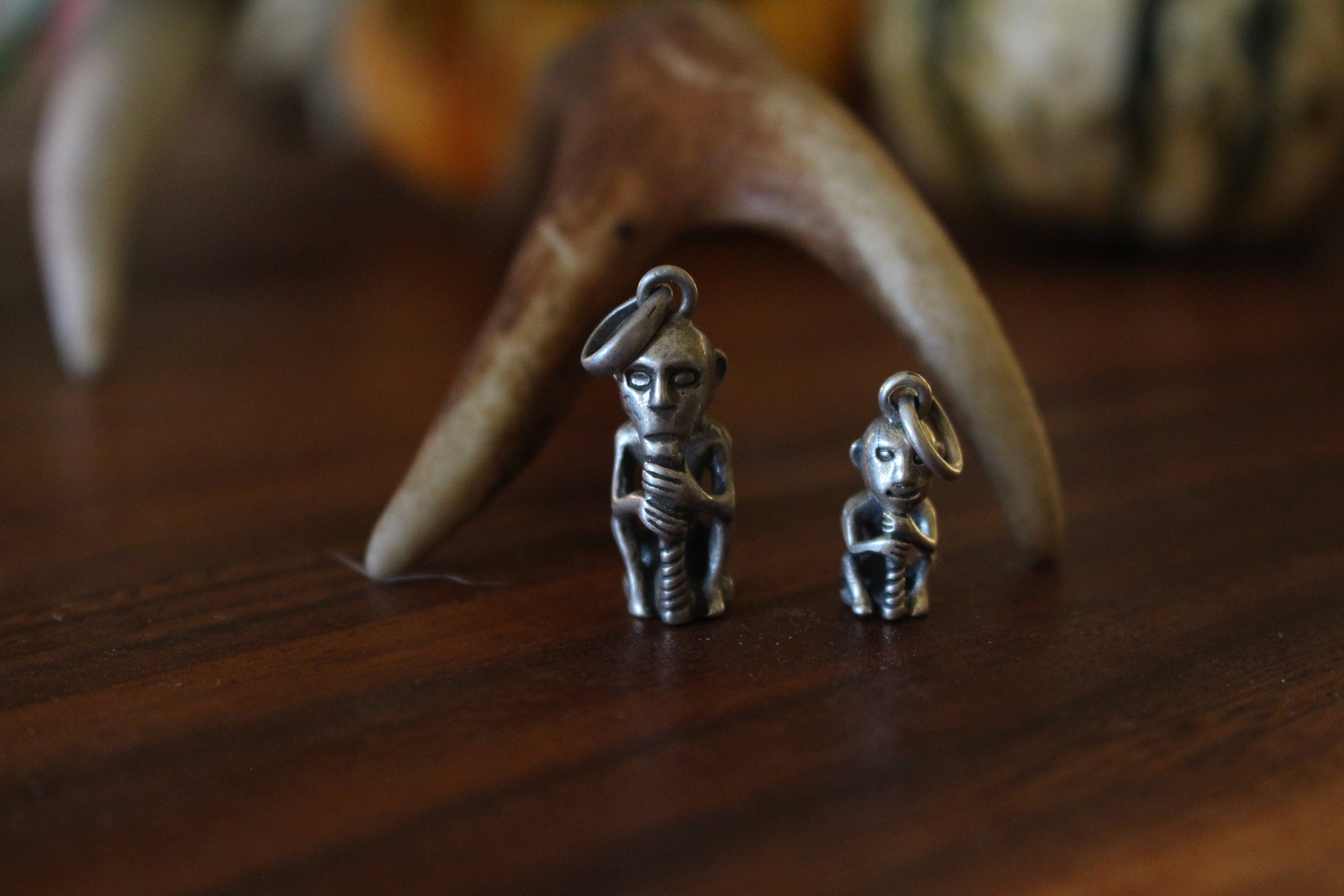 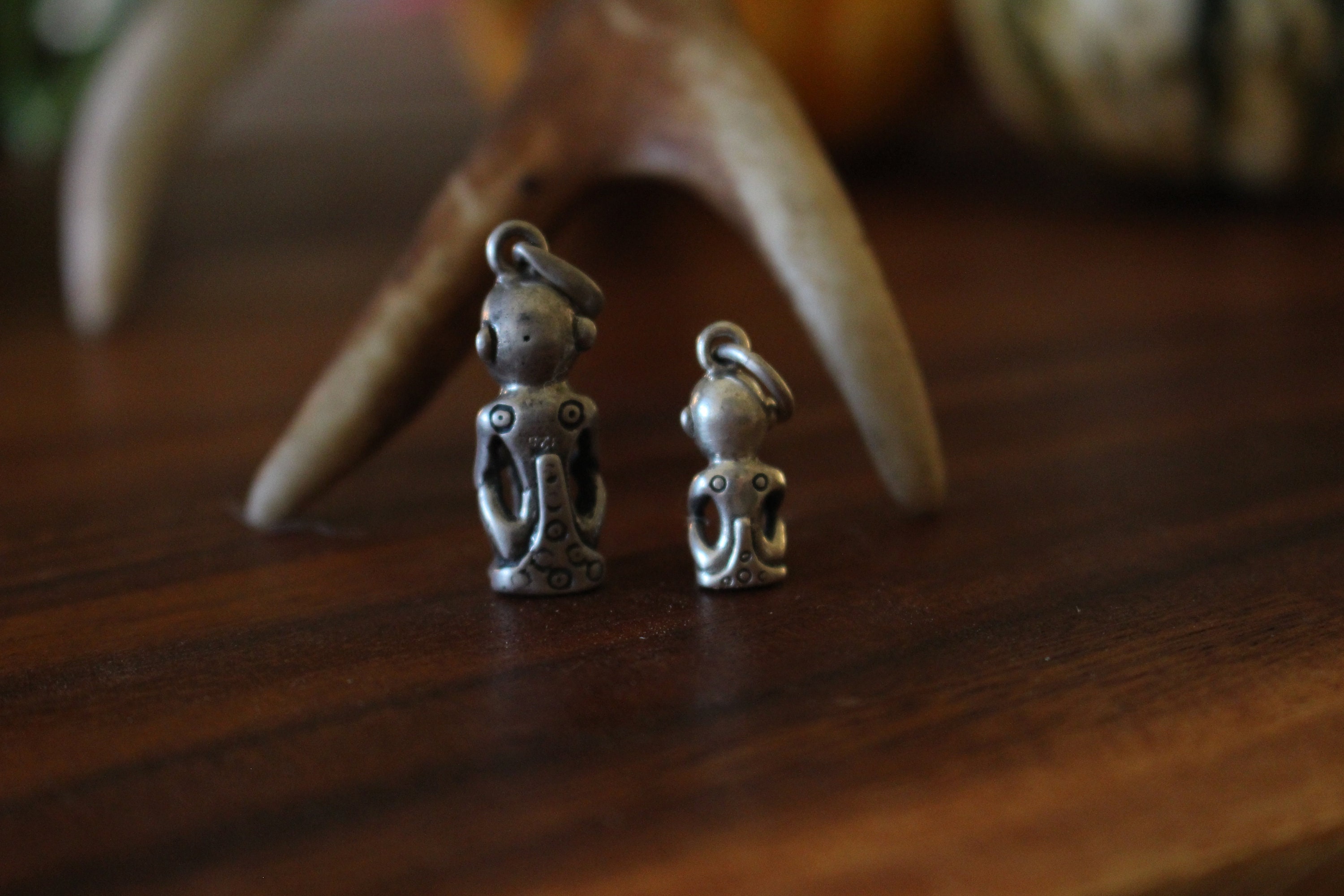 This necklace depicts a figure from the Viking Age believed to possibly be Thor, since he is sitting on a chair shaped as Mjolnir.

The most worshipped god of the Norse pantheon was likely Thor, known for his prestige in fighting, drinking, and duty. Often depicted with his famous hammer, Mjöllnir, Thor is the sworn enemy of the jotun and a protector of the people. His name literally means “thunder.”

Described as having a red beard and a strong stature, Thor rides a chariot led by two goats, Tanngrisnir and Tanngnjóstr, whose flesh can be eaten but resurrected by his hammer the next day. His wife, Sif, has the most beautiful hair of the nine worlds.

In several stories, found in both the Prose Edda and the Poetic Edda, Thor is mentioned in respect and also in humor. Famously, he must dress as a bride in order to retrieve his stolen Mjöllnir from a giant, and quickly vanquishes the foe once acquiring his weapon. In Ragnarök, he will take down his massive enemy, the Midgard serpent, only afterwards falling to his own death after taking nine steps.**
An adjustable leather cord will be provided with every necklace.