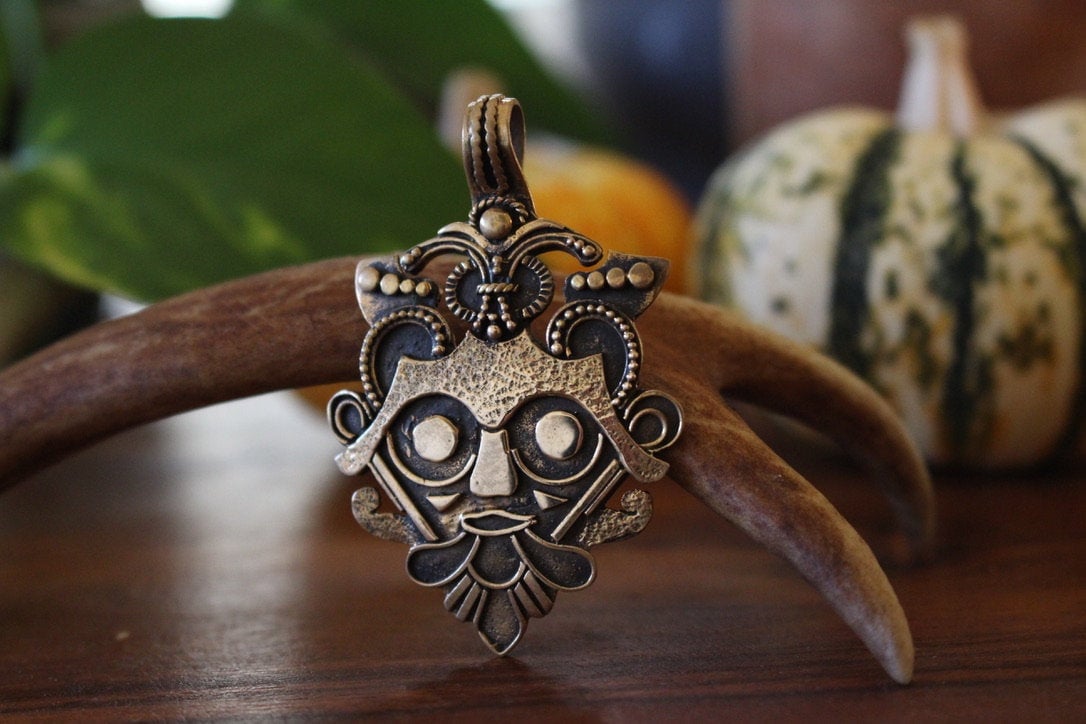 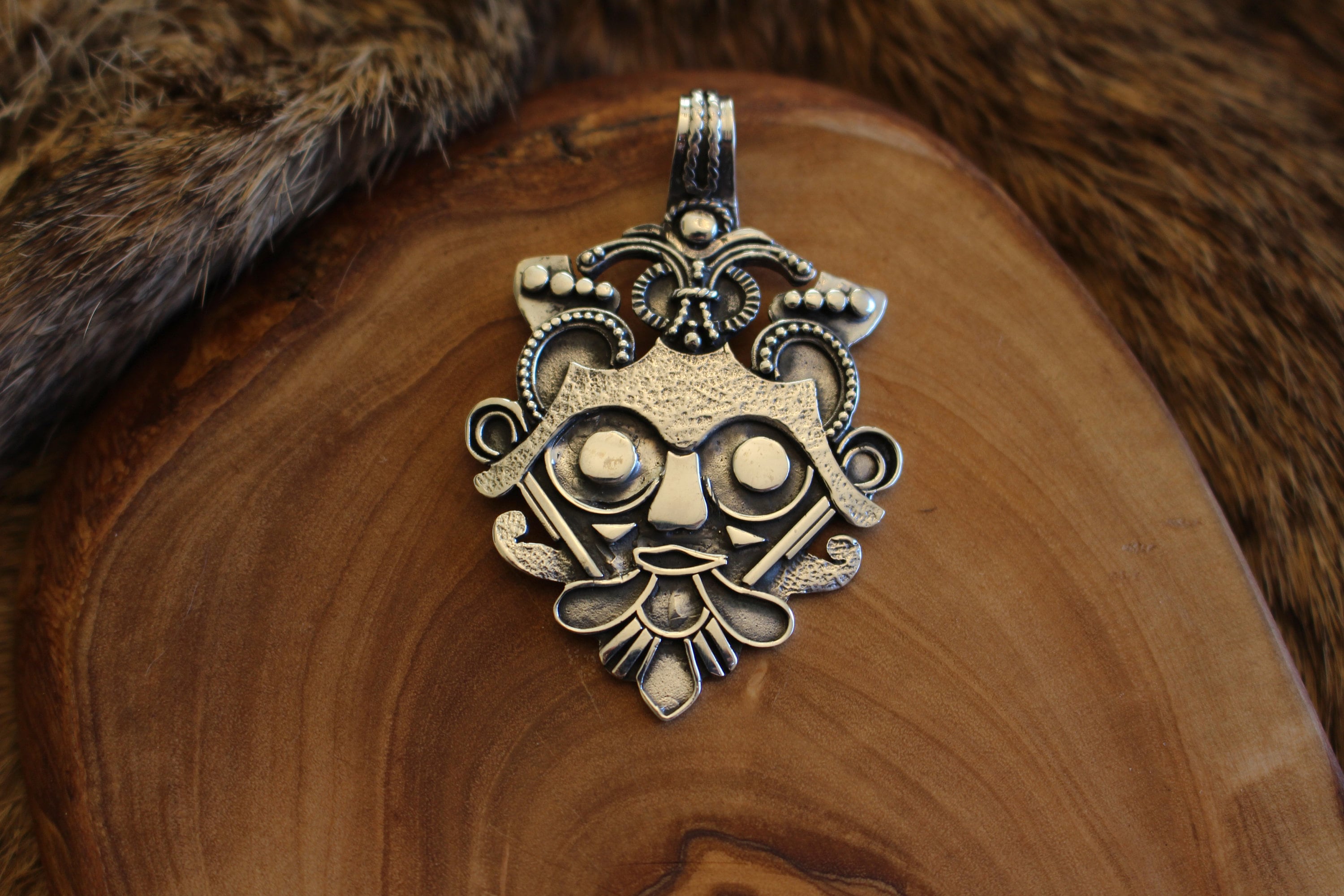 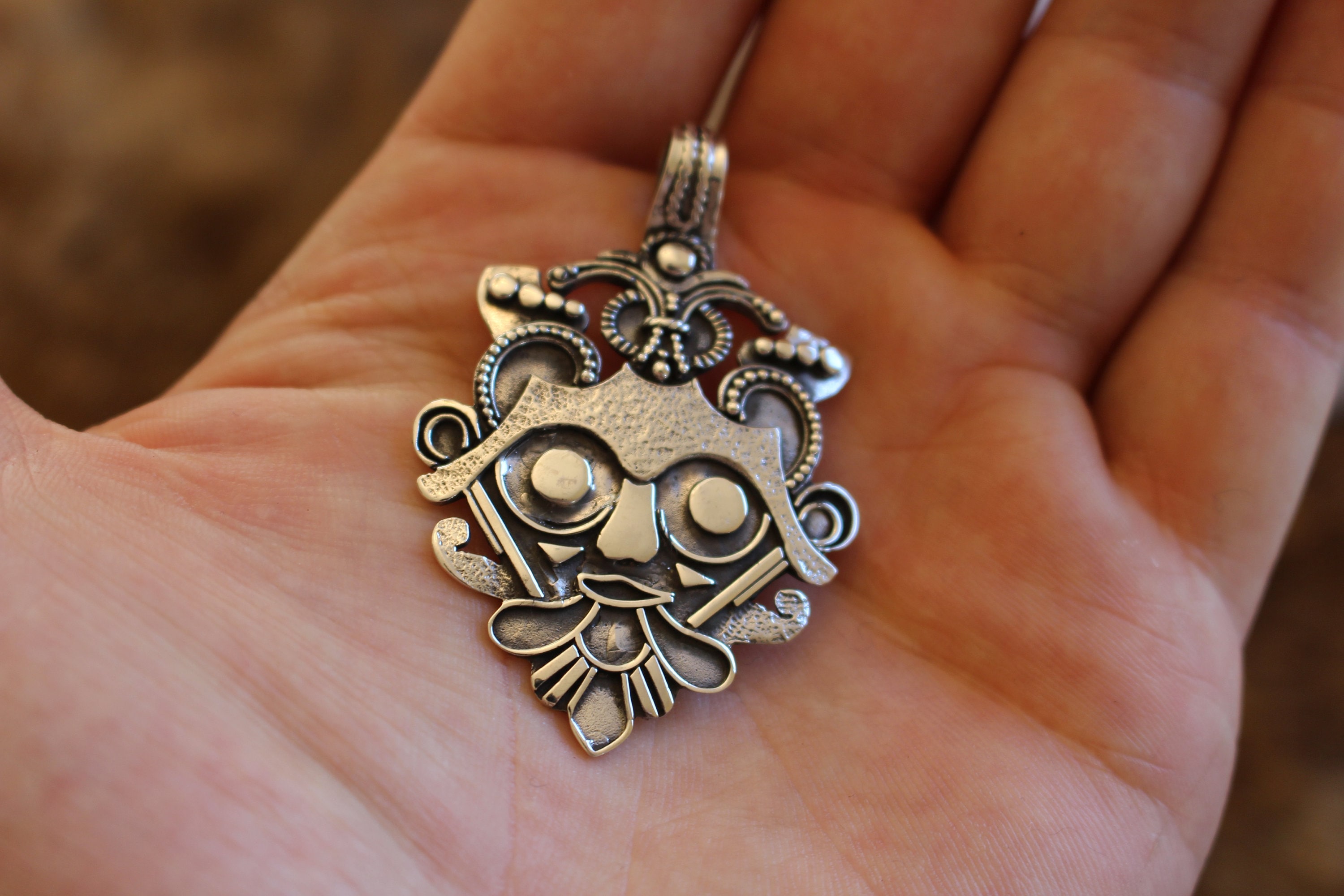 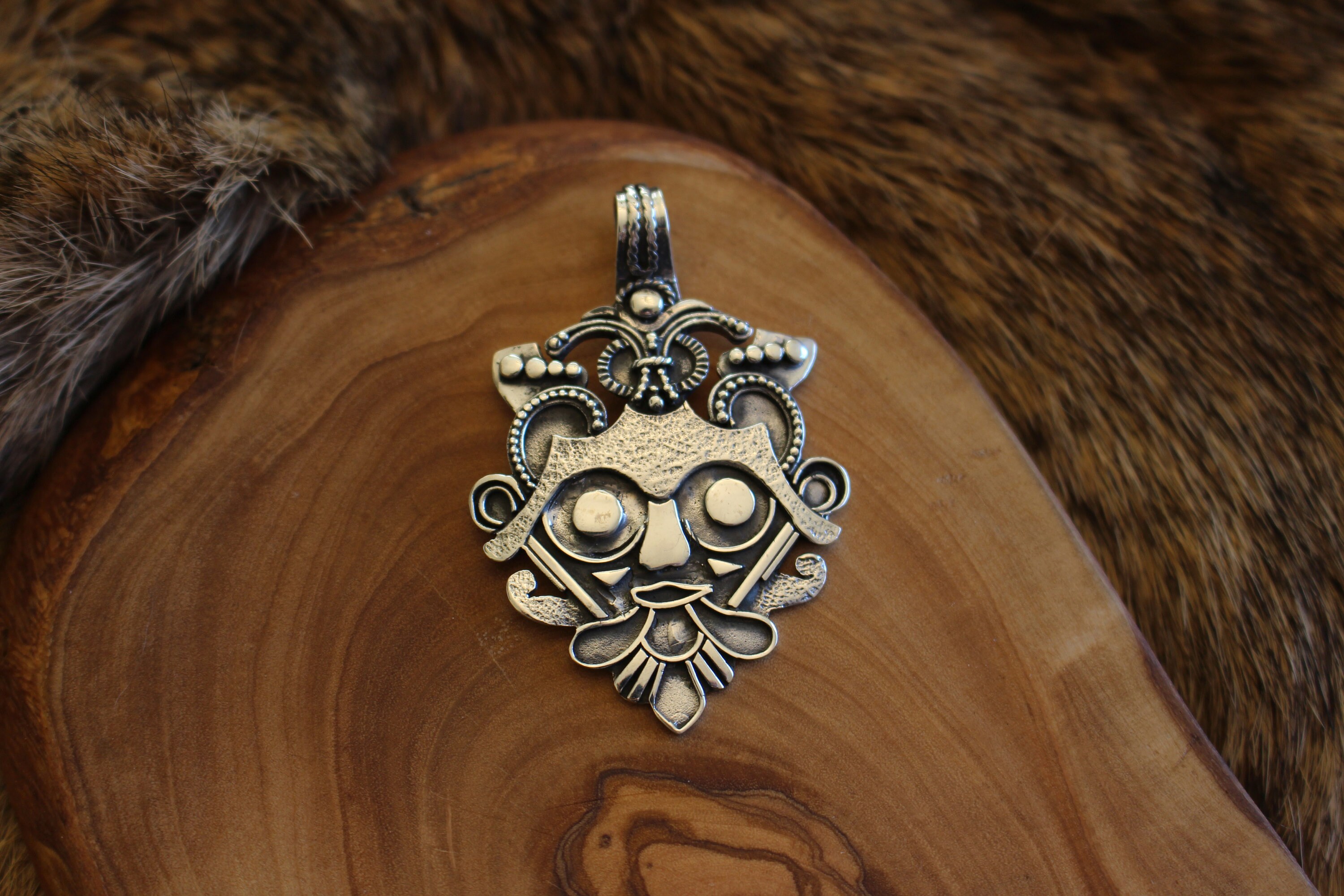 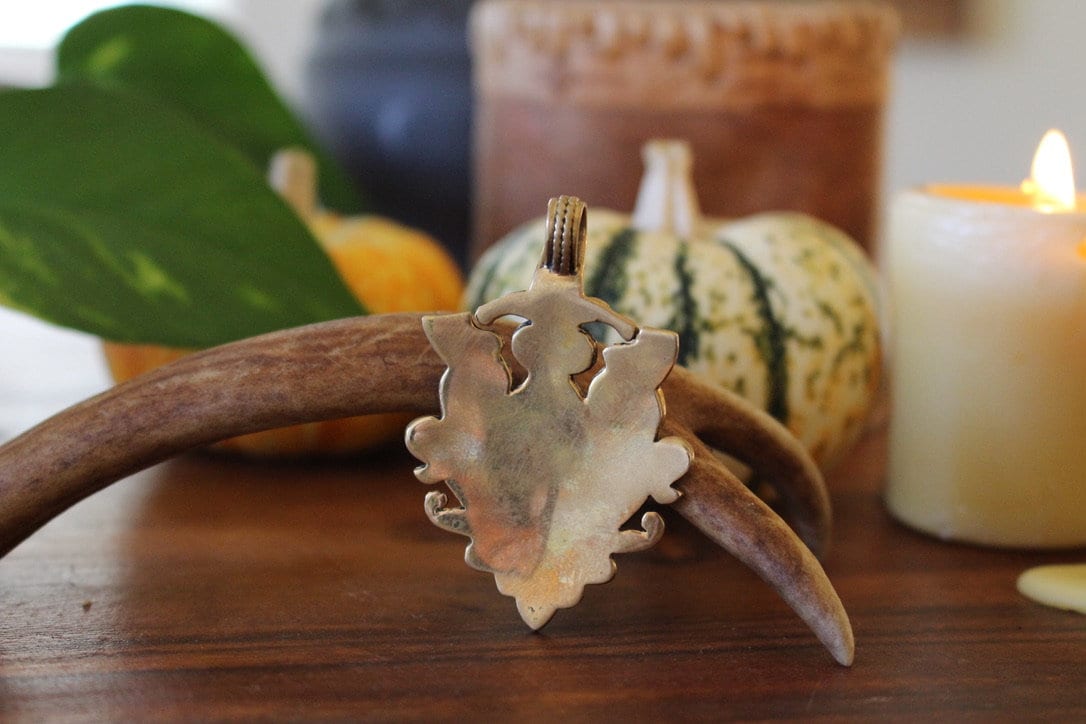 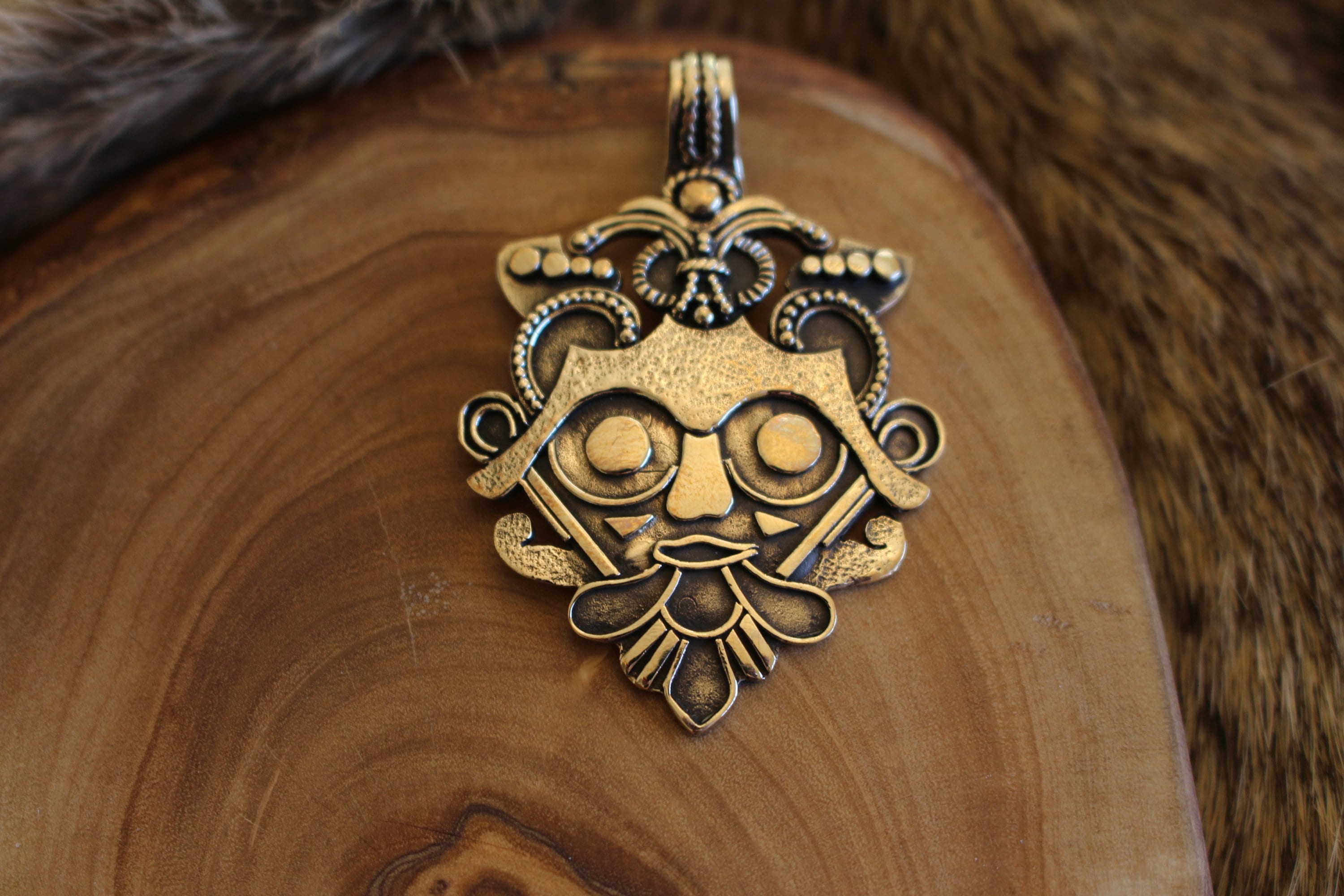 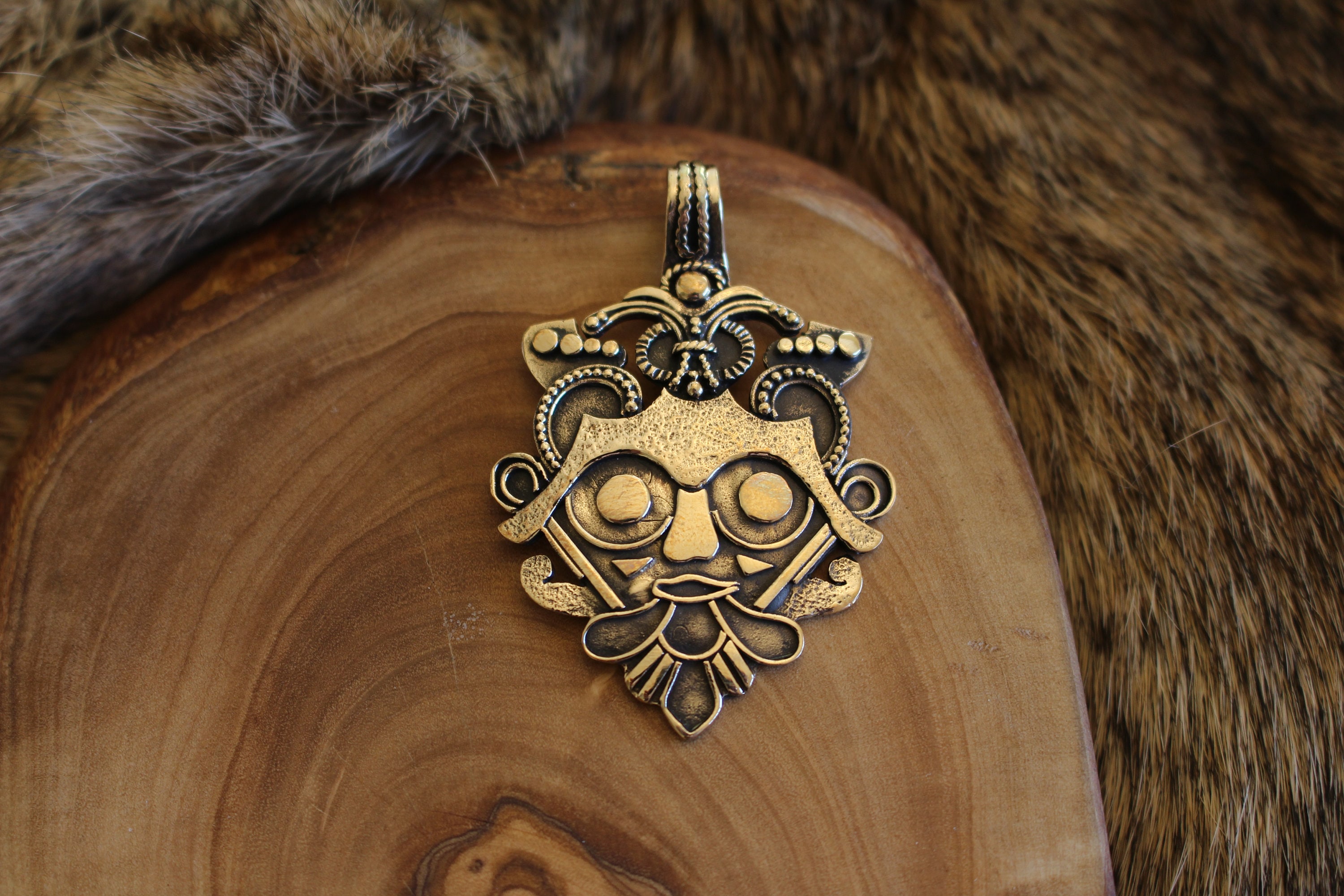 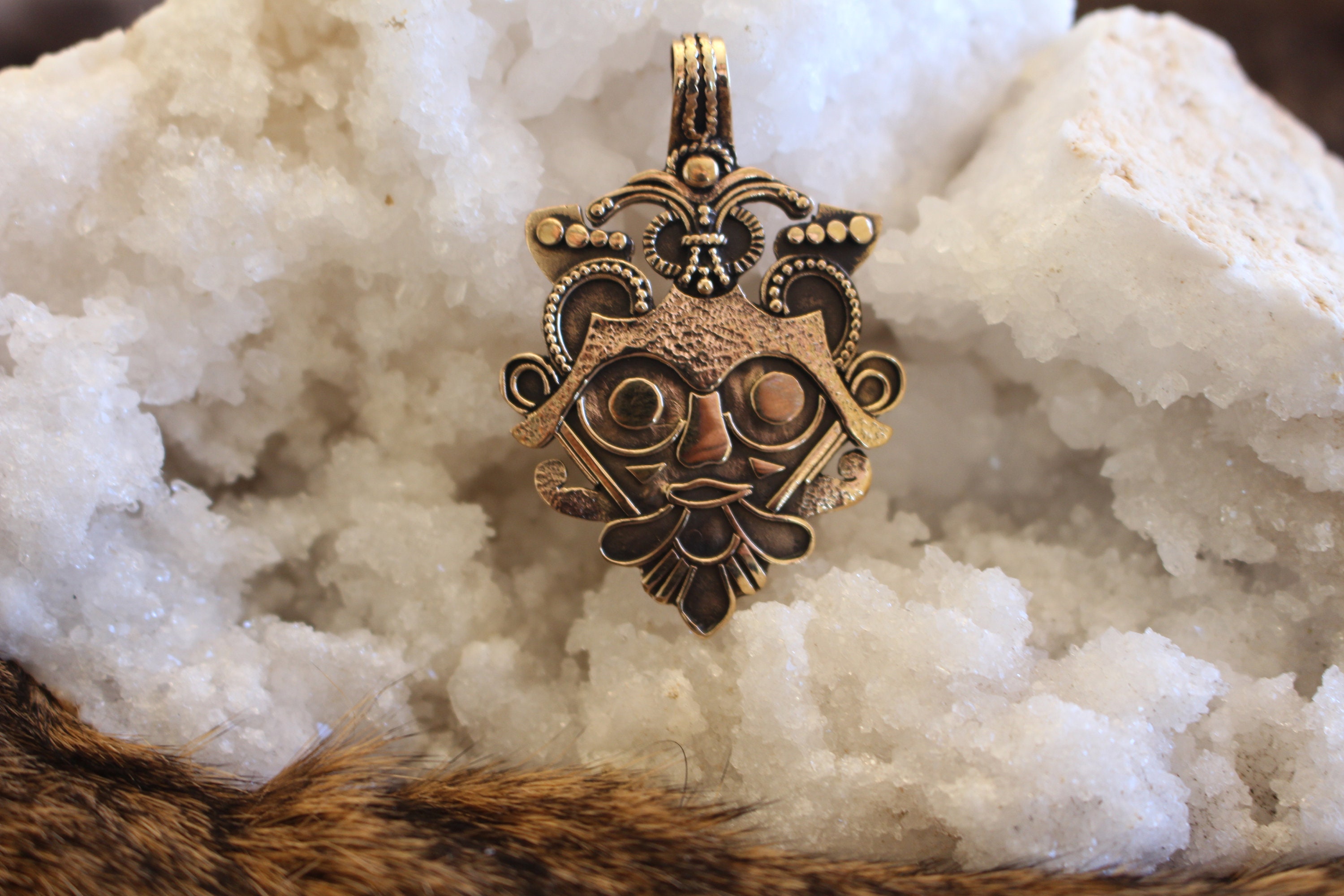 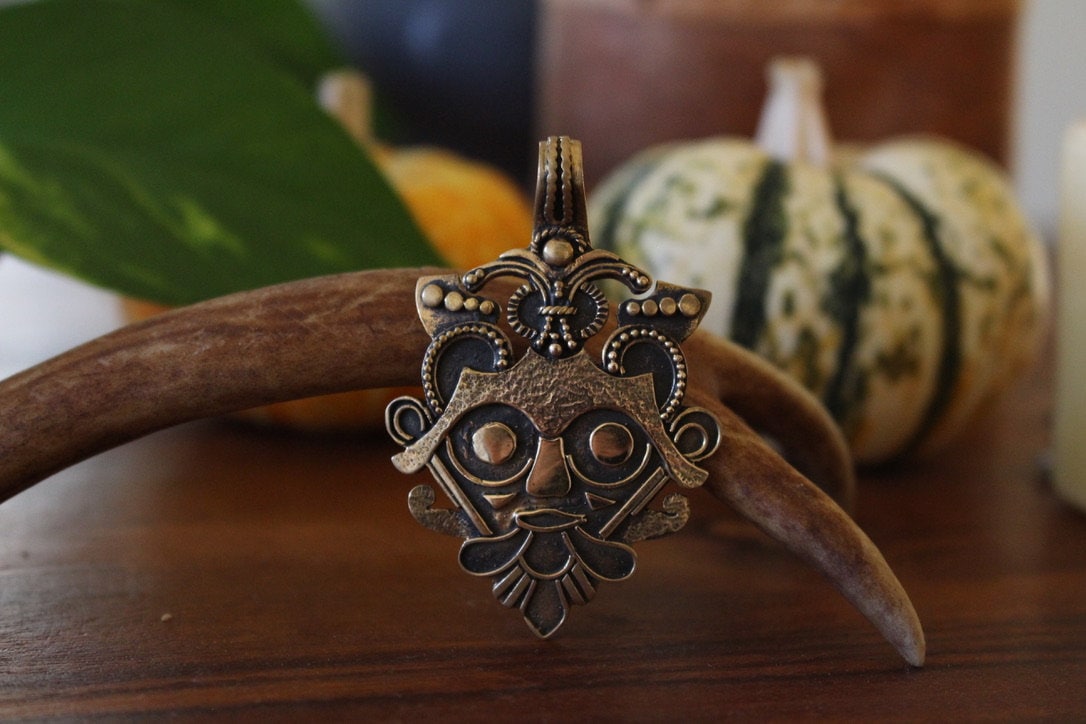 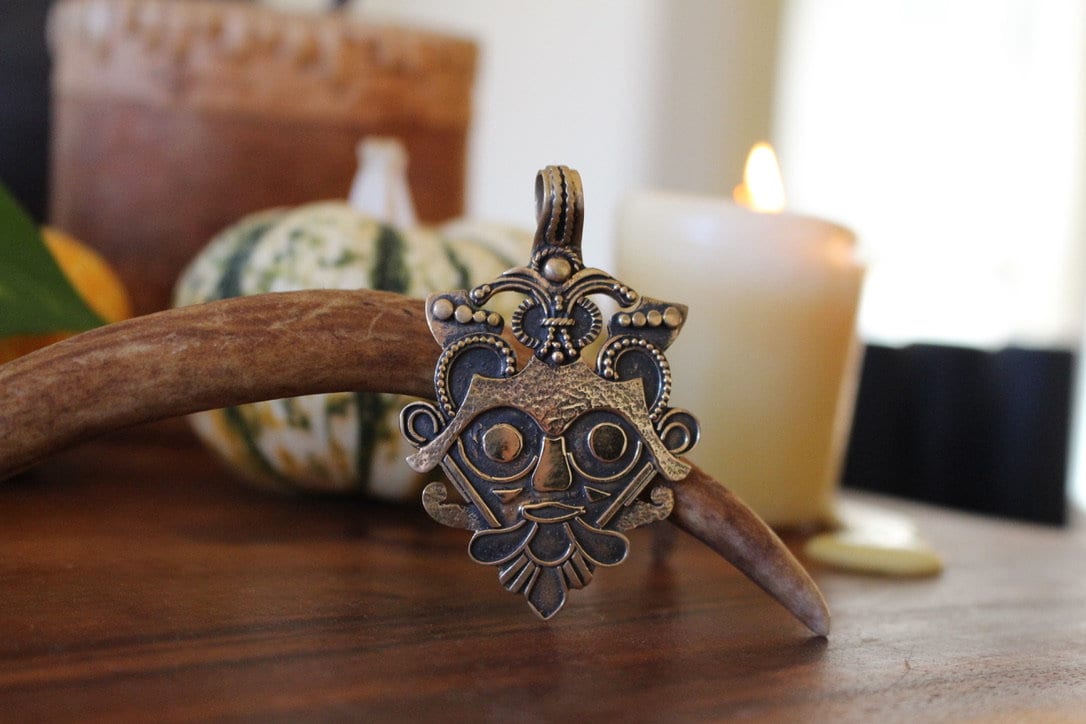 This striking replica pendant is based on a mysterious pendant found in a Viking Age city near Russia. Theories range from a depiction of Loki or Odin to other Gods from Viking Age mythology. The original was found in Gnezdovo archaeological finds, hence the name of the Gnezdovo Mask it is now known by.

"Gnezdovo is an important Varangian center of the ancient Russia that flourished between the 9th and 11th centuries. It is larger than the Viking Age settlements in Birka, Dublin and Ribe. Gnezdovo is perhaps second only to Hedeby, but its unique feature is that no later city is built on the site, so that excavations can be freely conducted. The site was surrounded by the semicircle of burial mounds (Kurgans in Russian), up to amazing 6,000 in number, of which only 1,500 exist today, about 1,200 being excavated since 1867, when a treasure trove was discovered by chance on the site during railroad construction works. Since then, eight more treasures were found there". *source is from "Vikingrune."

**
A hand crafted adjustable leather cord will be provided with every necklace or rounded leather cord if the item is smaller.

Please don't hesitate to send us a message if you have any questions!