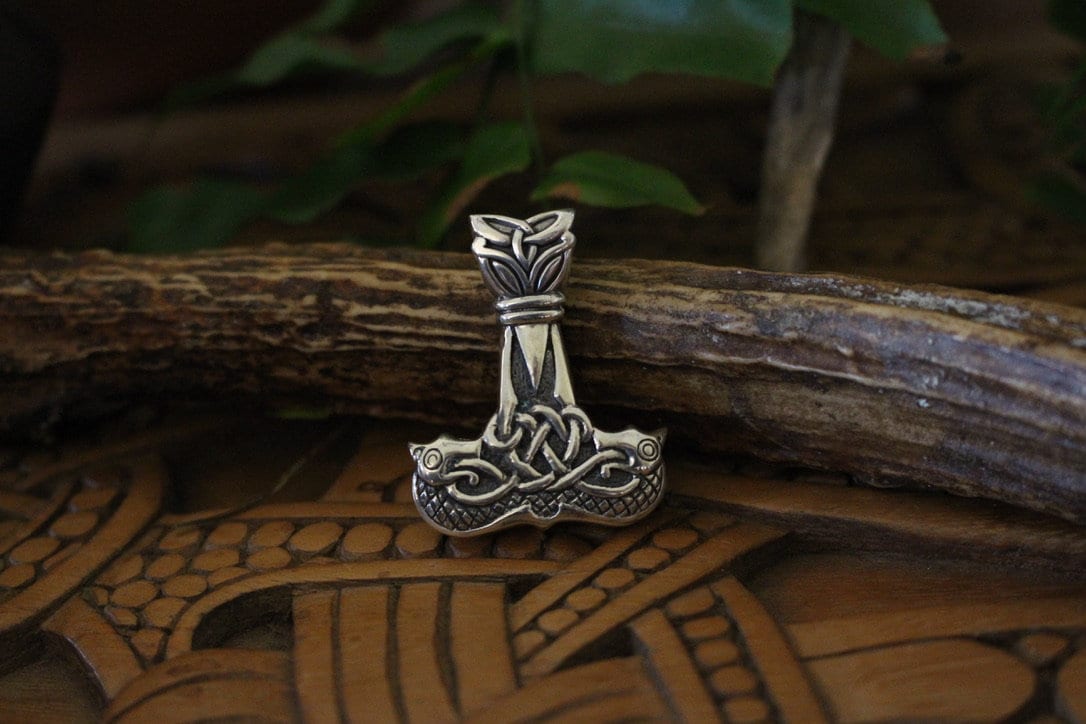 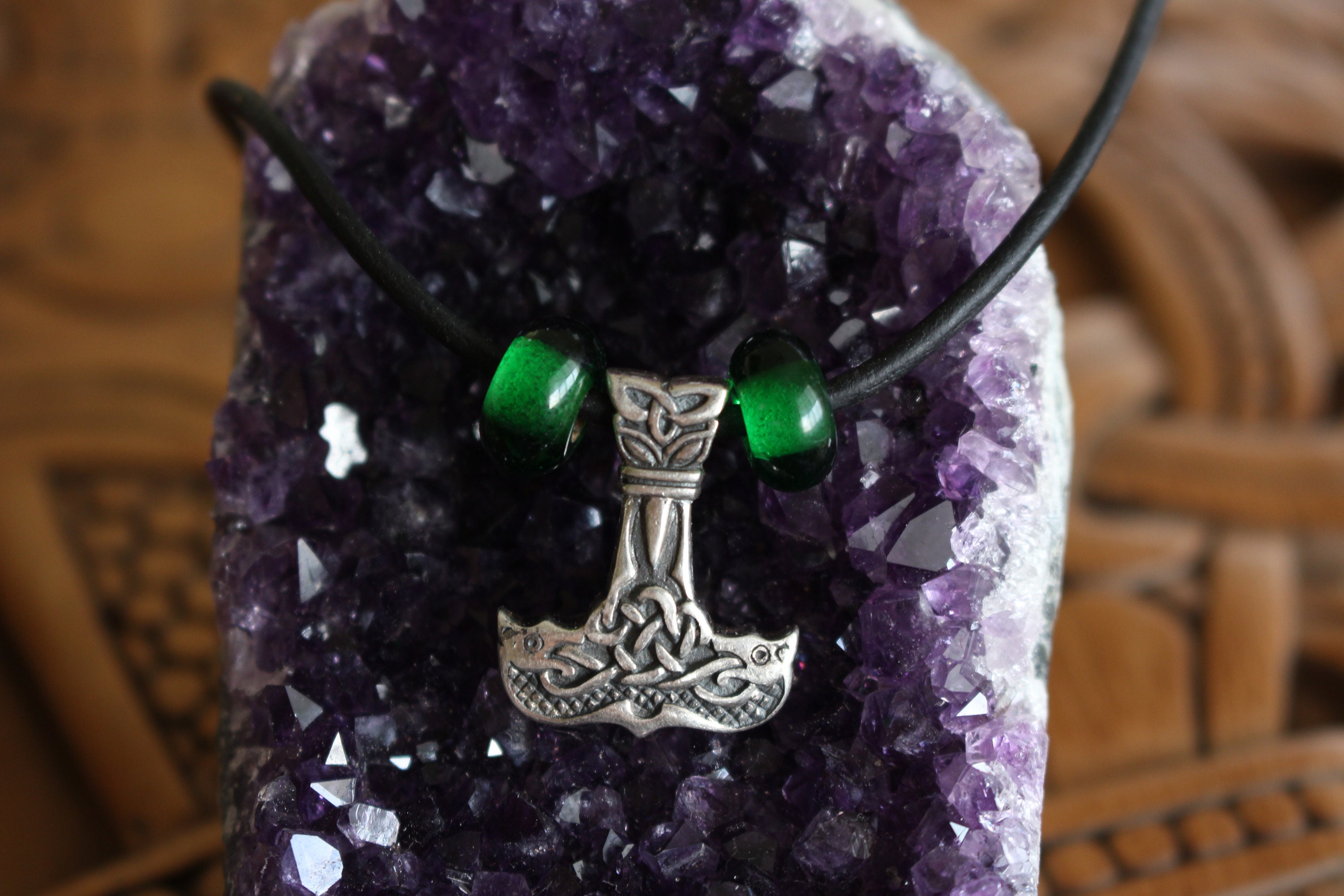 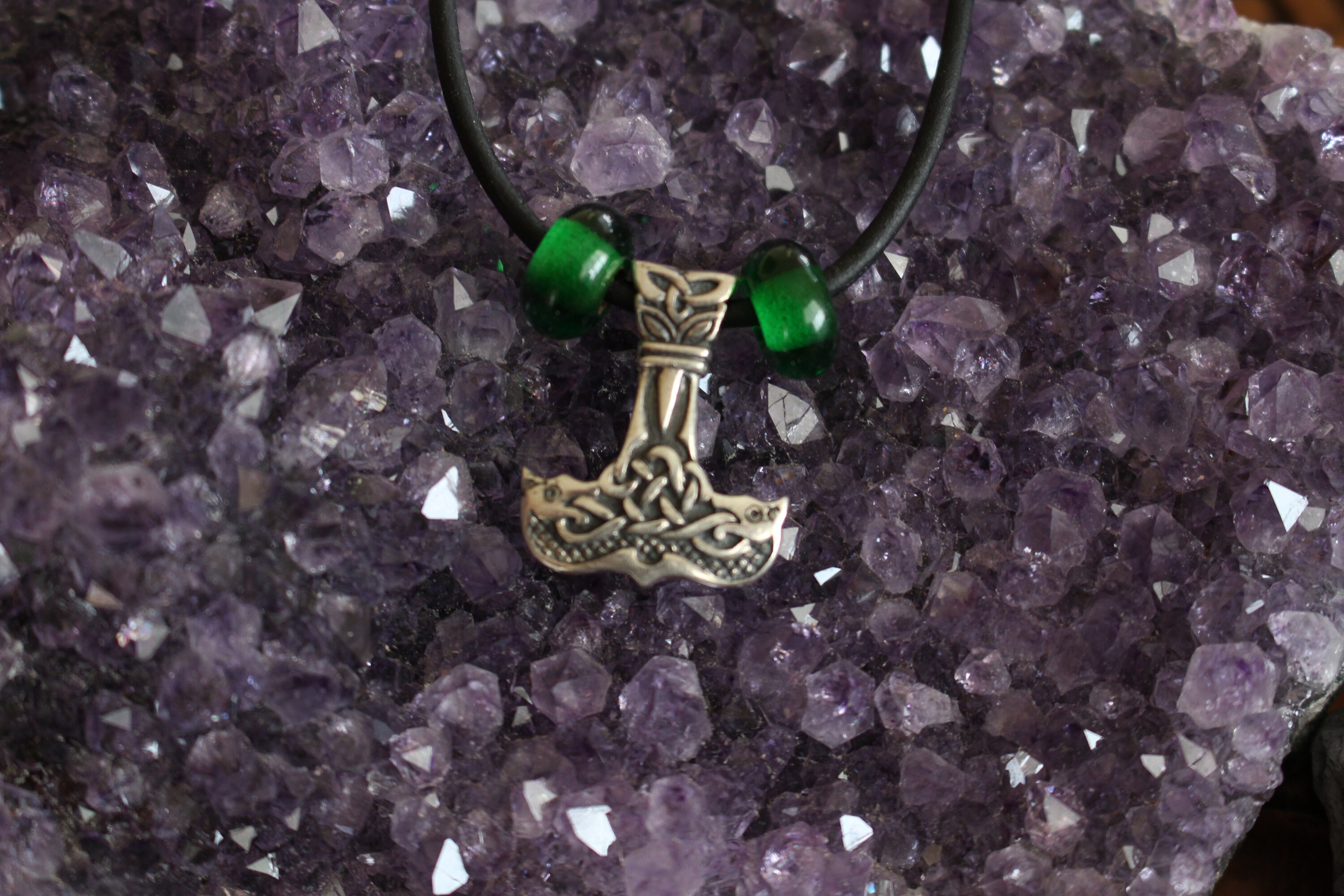 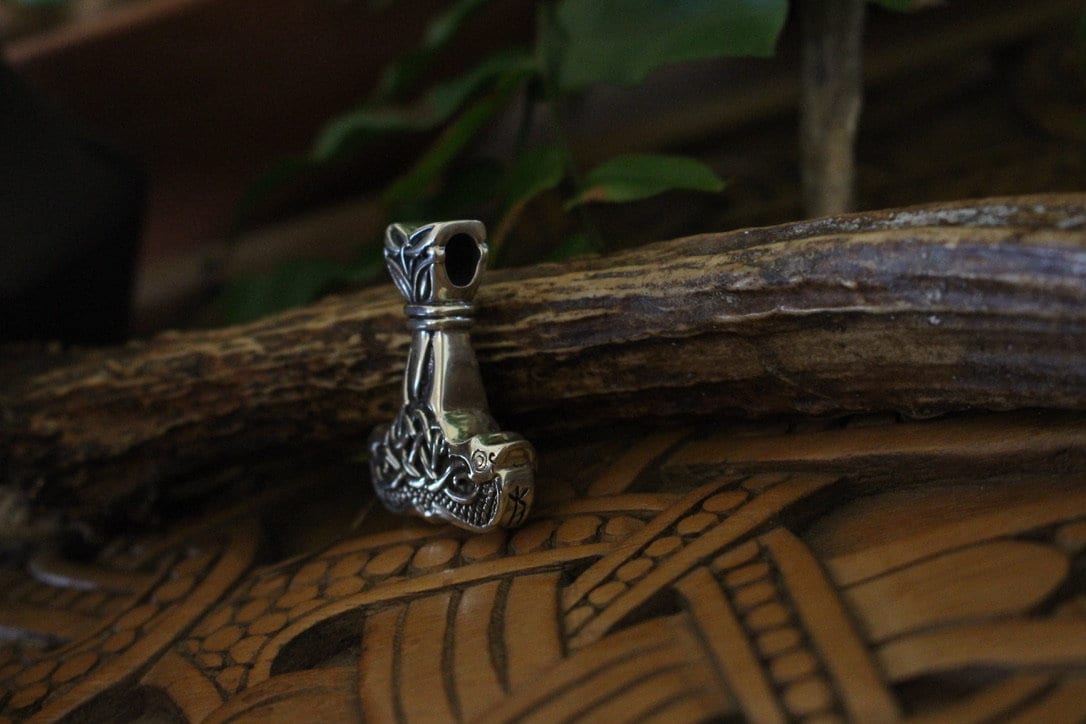 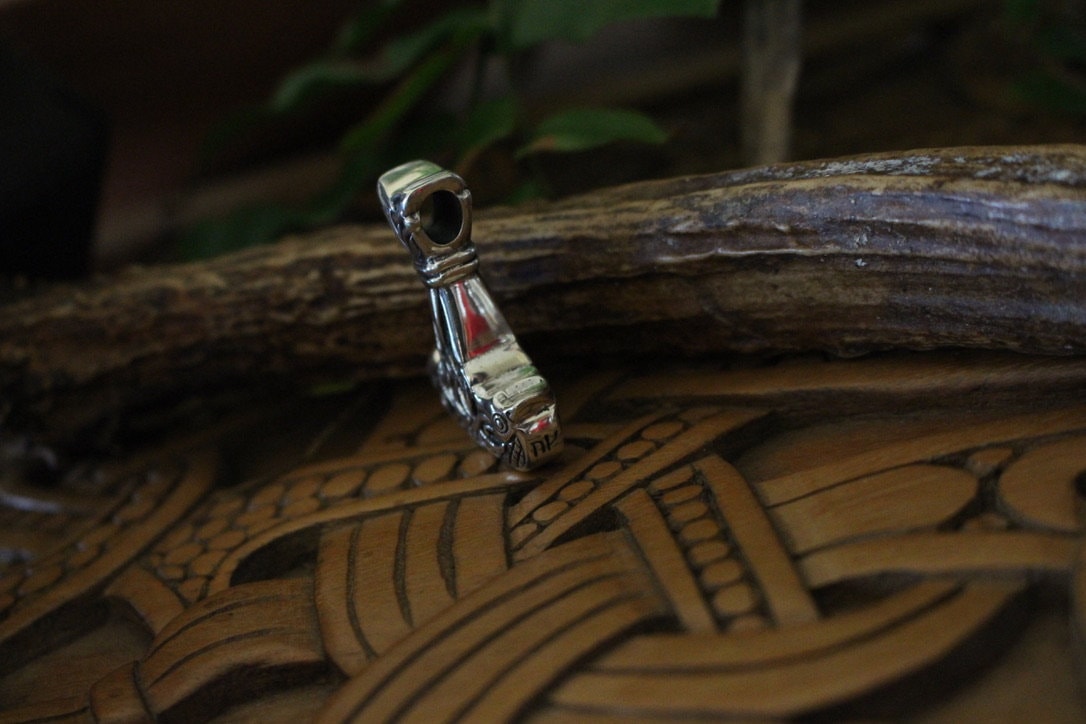 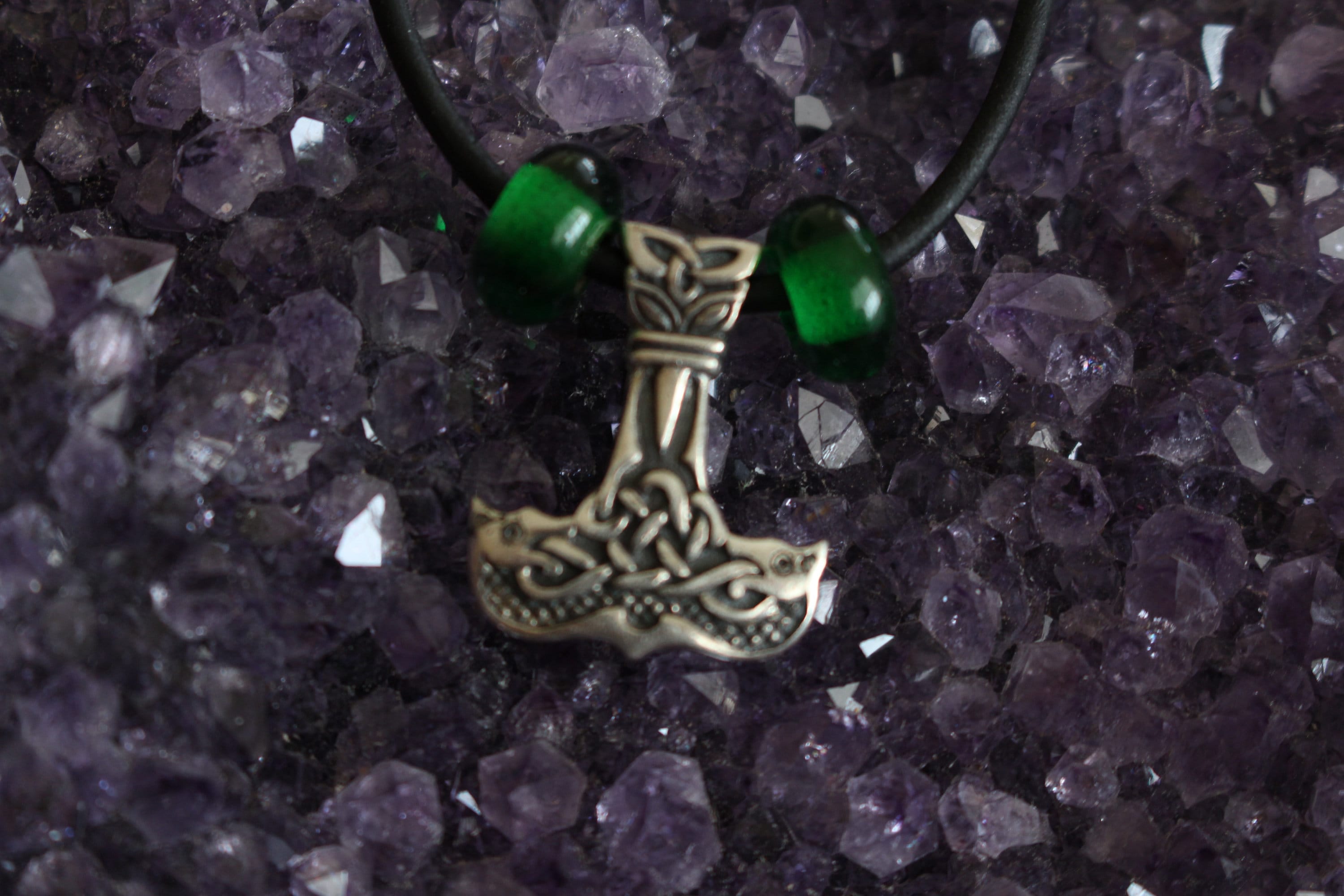 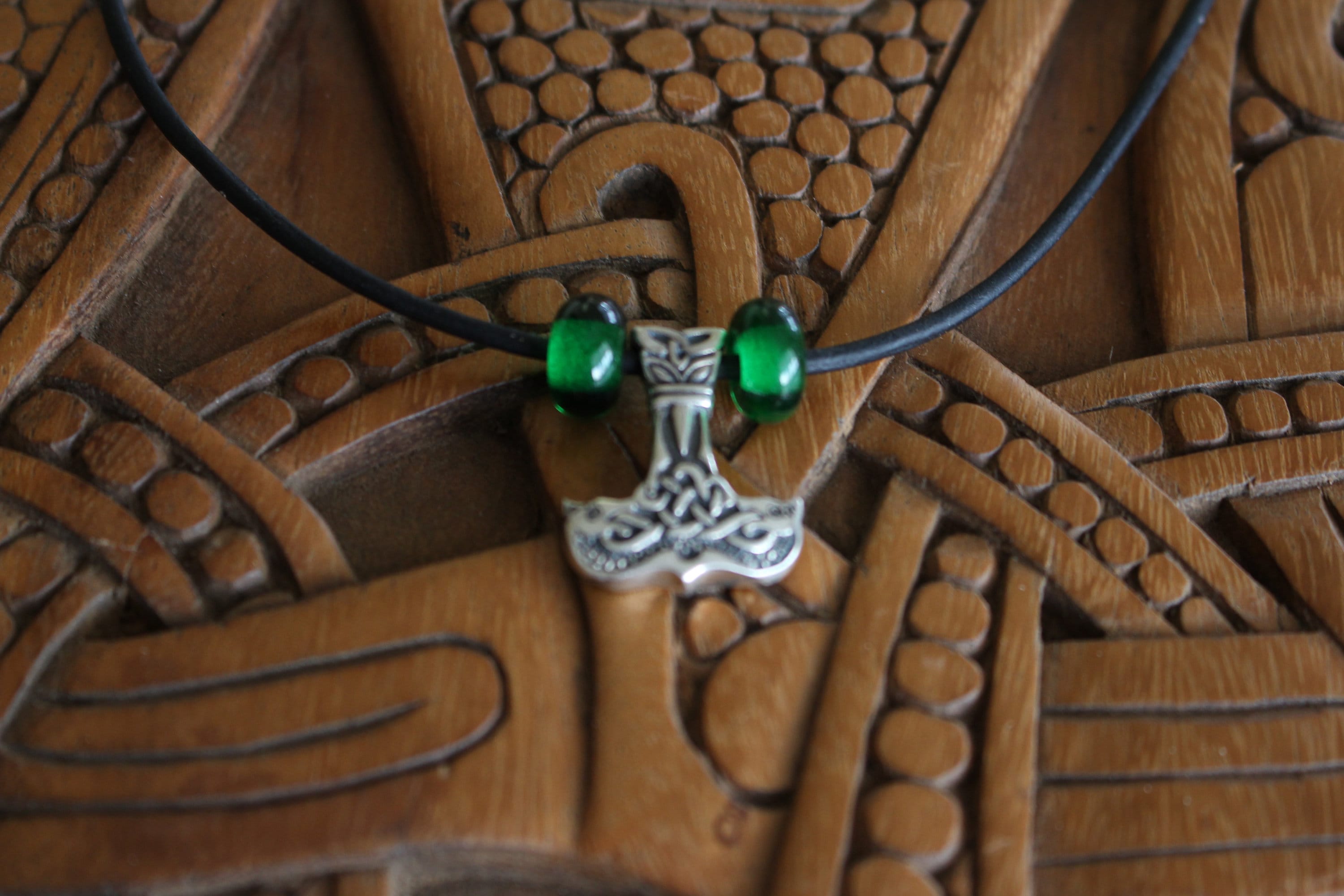 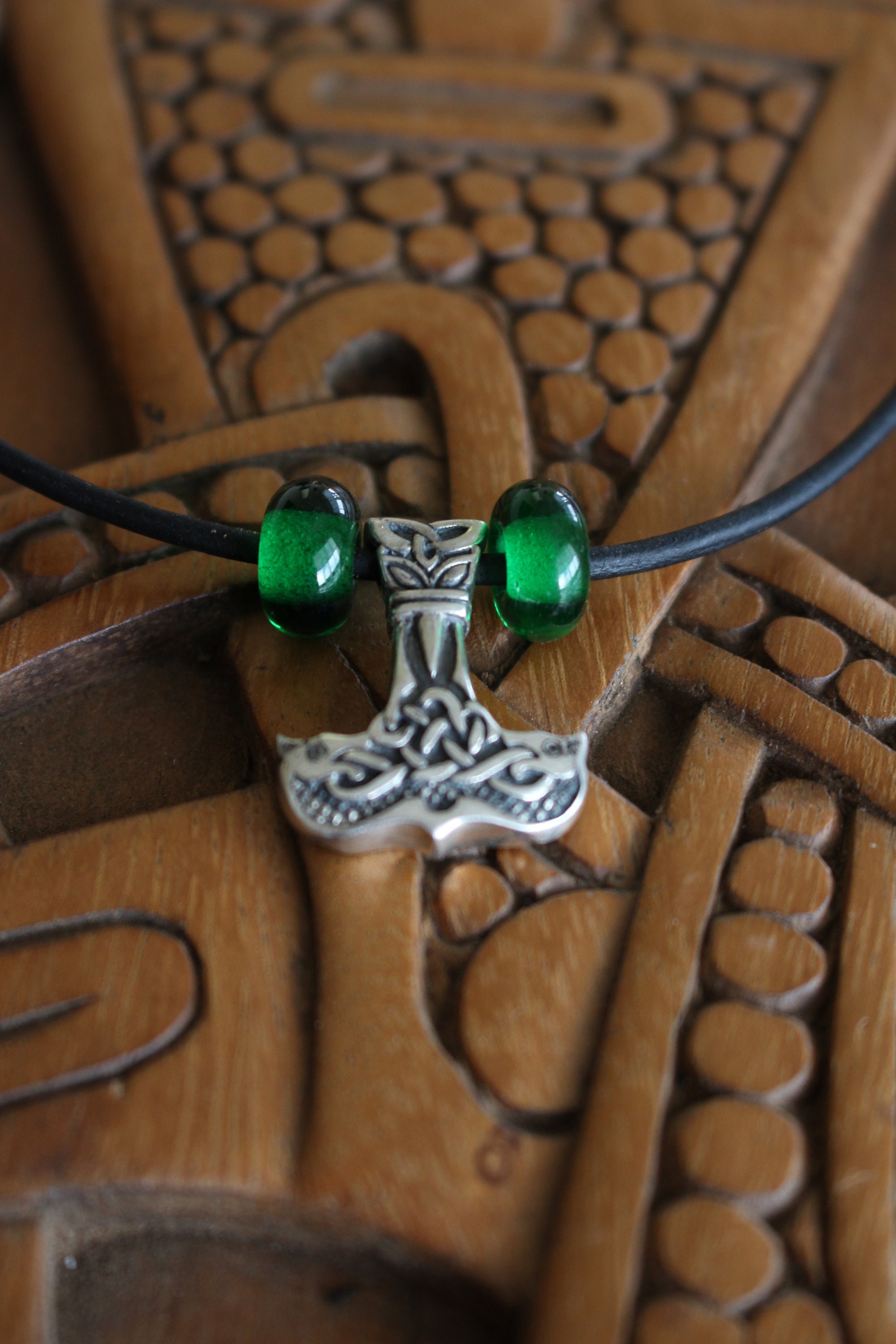 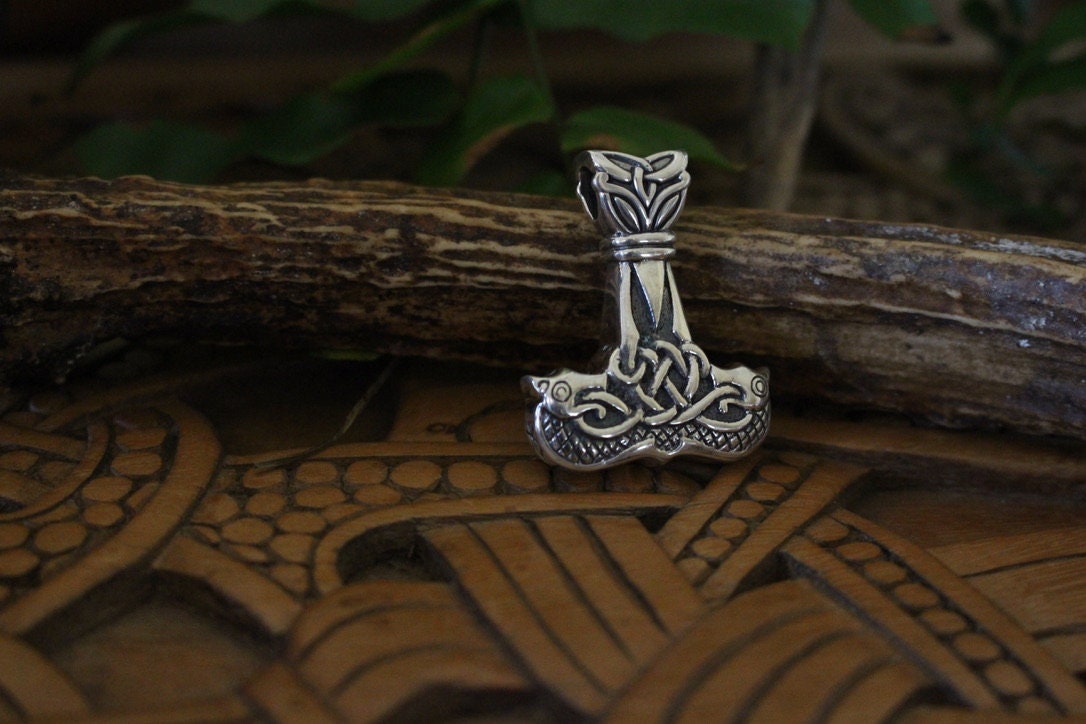 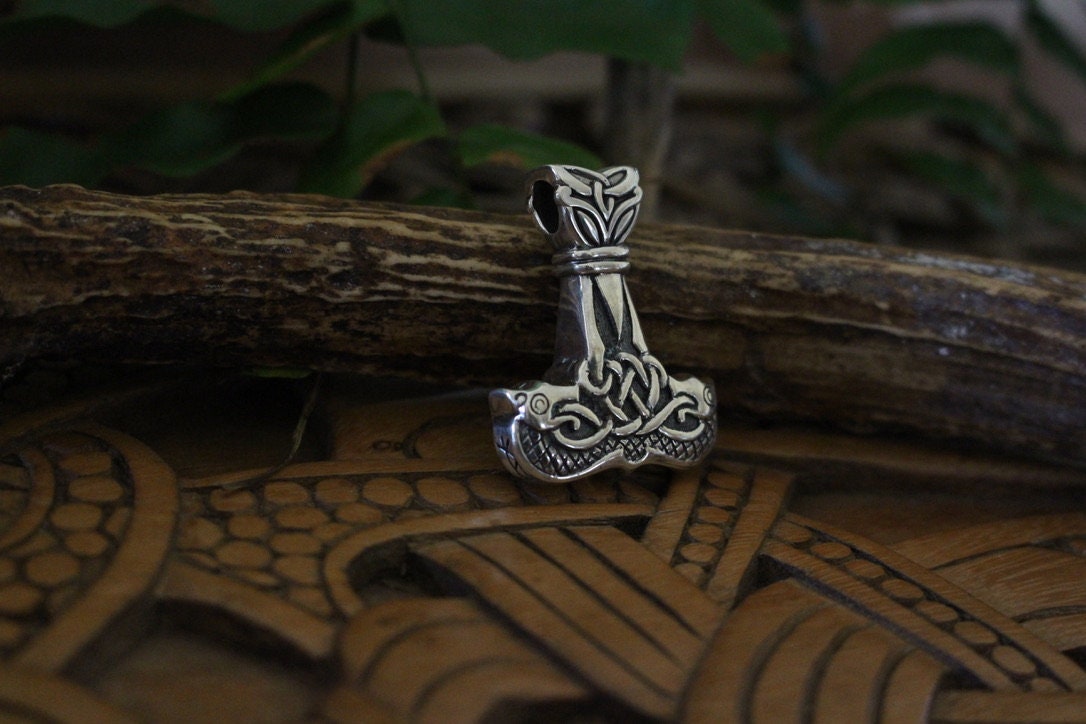 It depicts two wolves woven with knotwork and comes on a leather cord with two handmade green beads!

I absolutely love my new Mjolnir! Beautiful work, and it's weighty, which I like. Thank you so much!