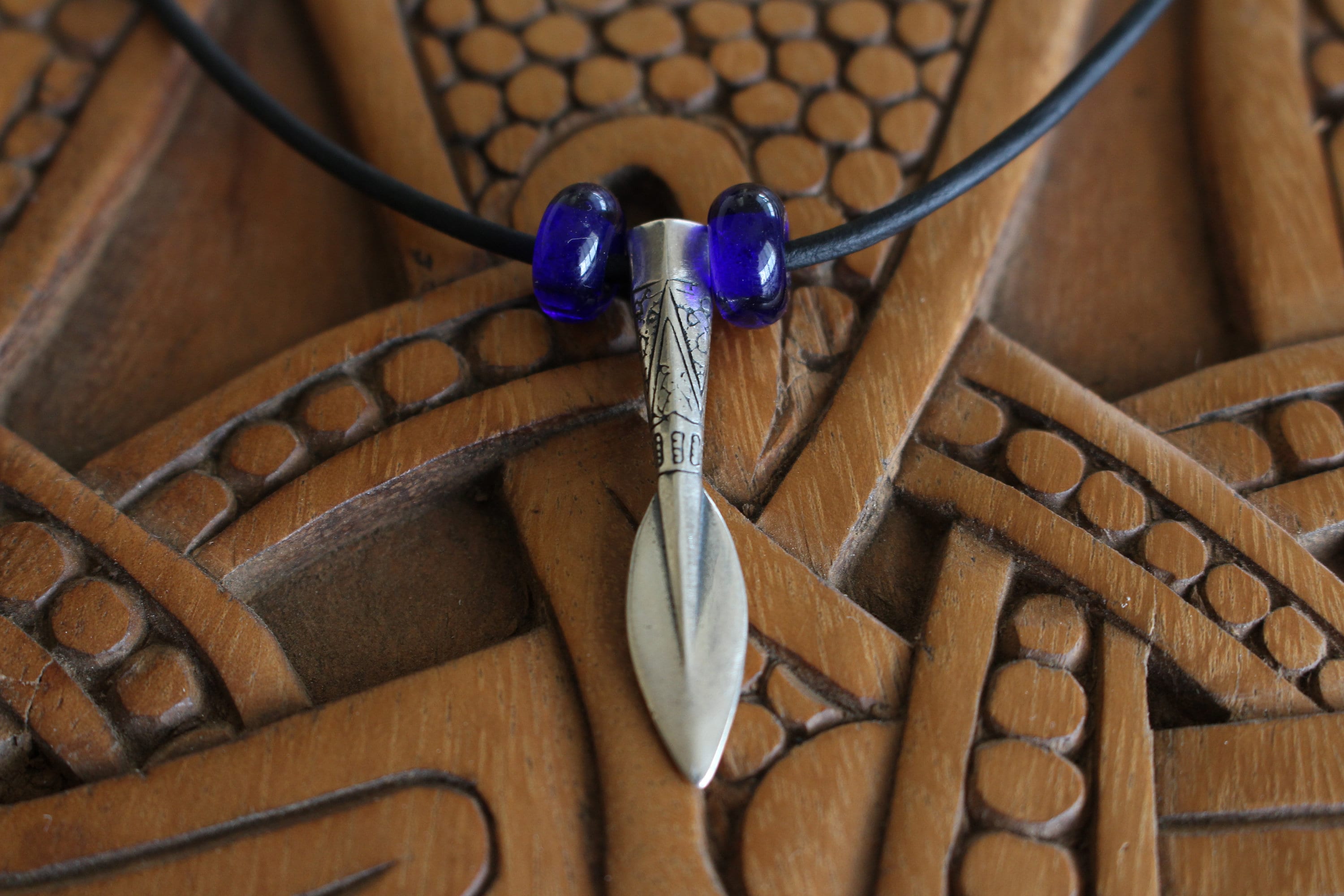 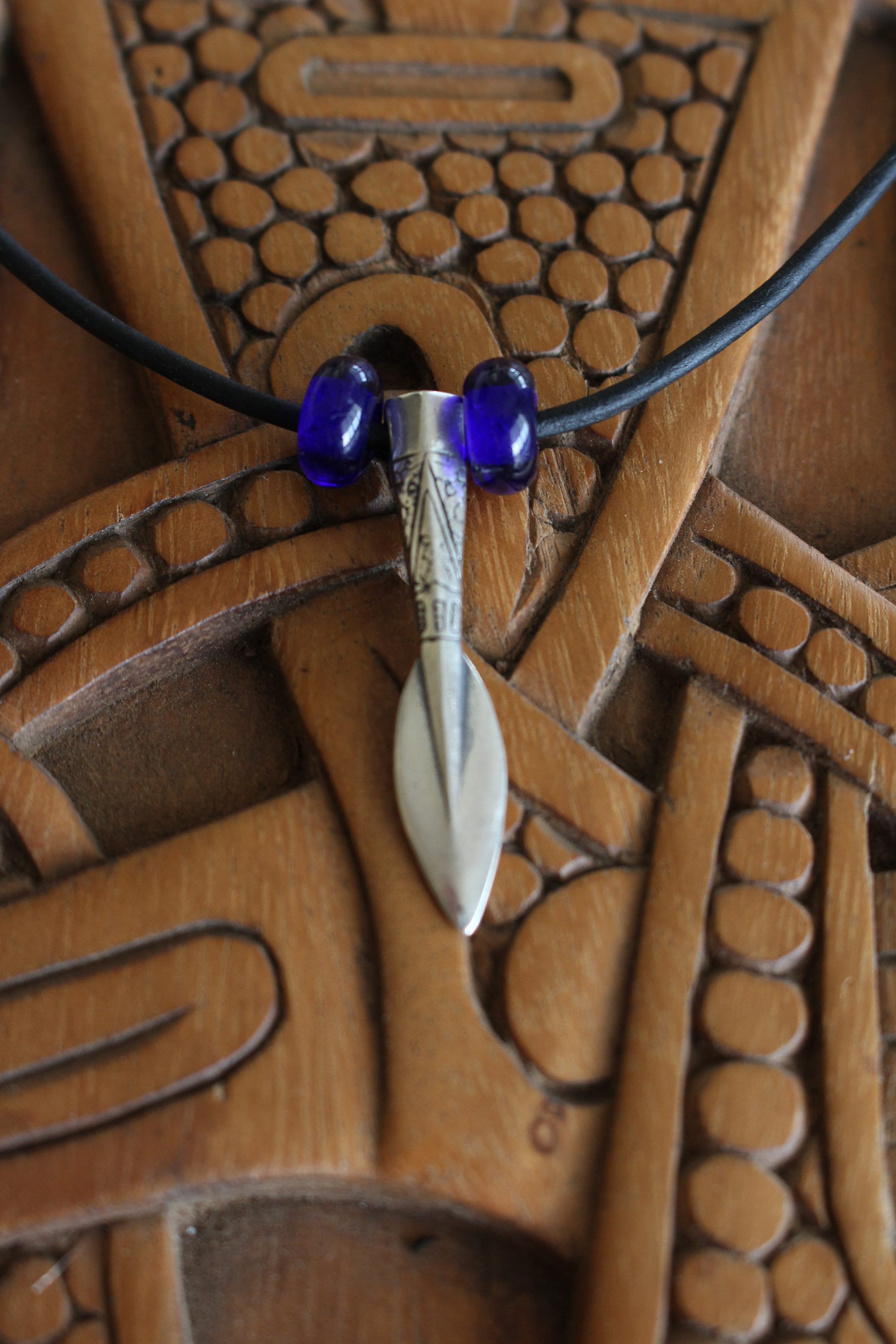 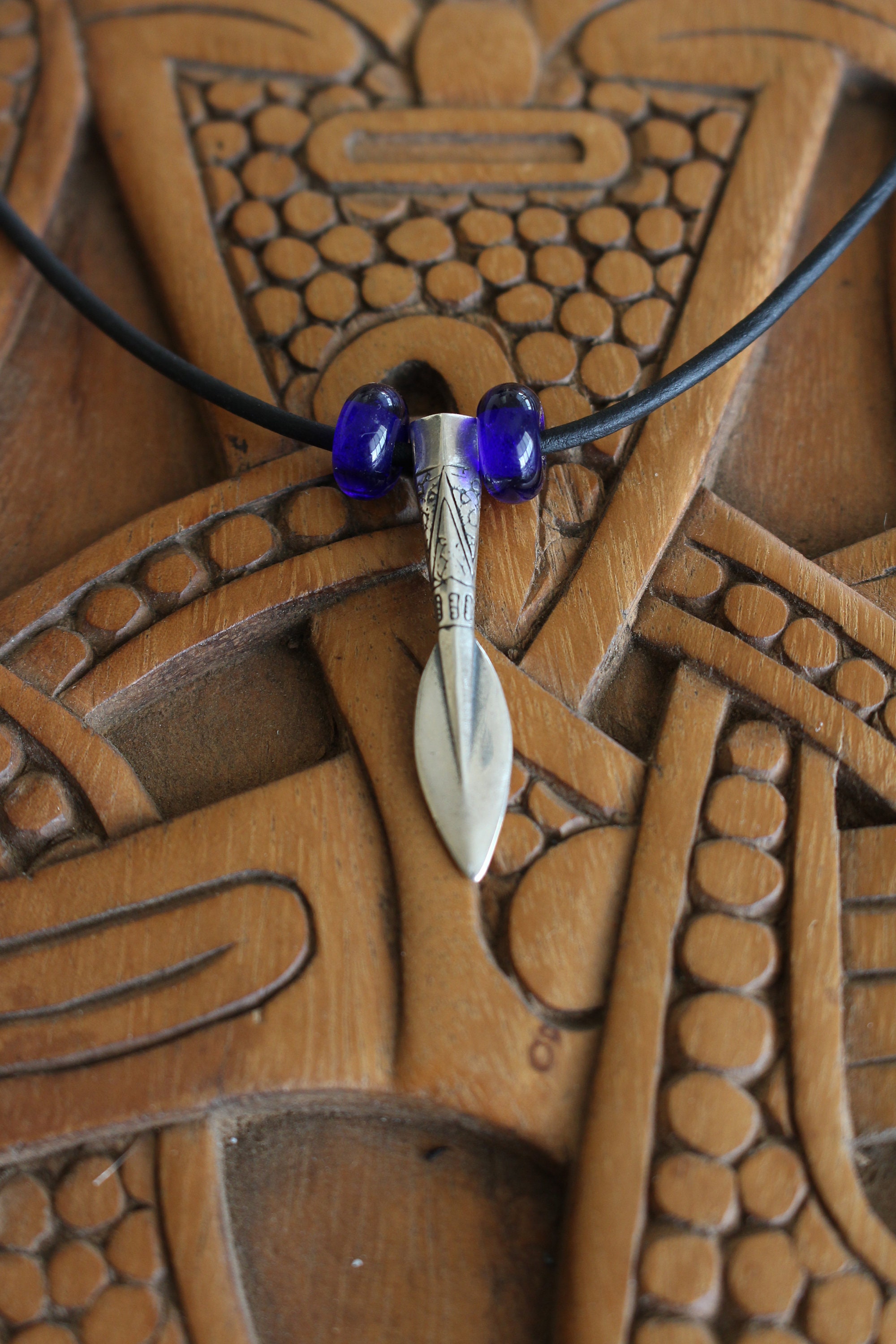 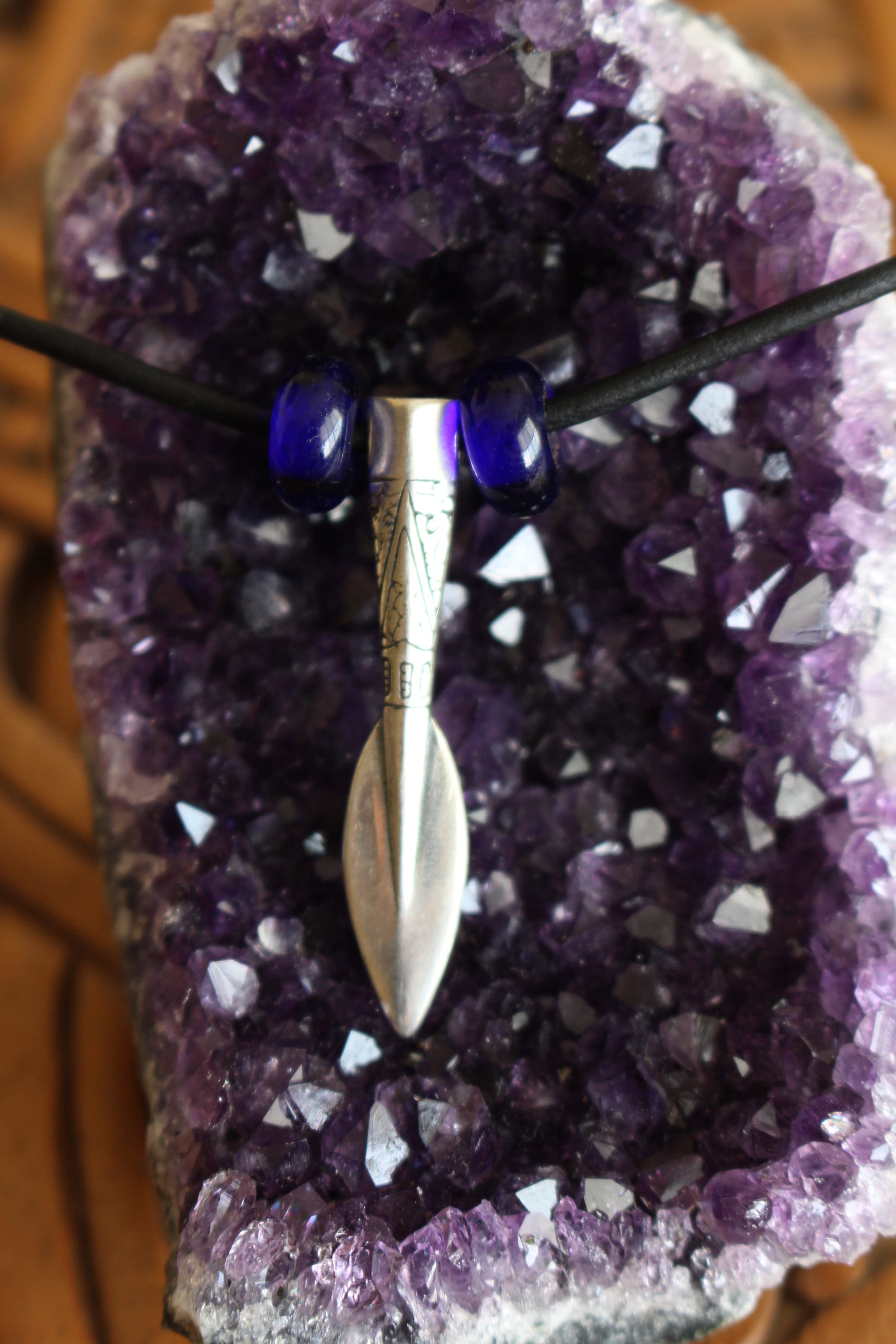 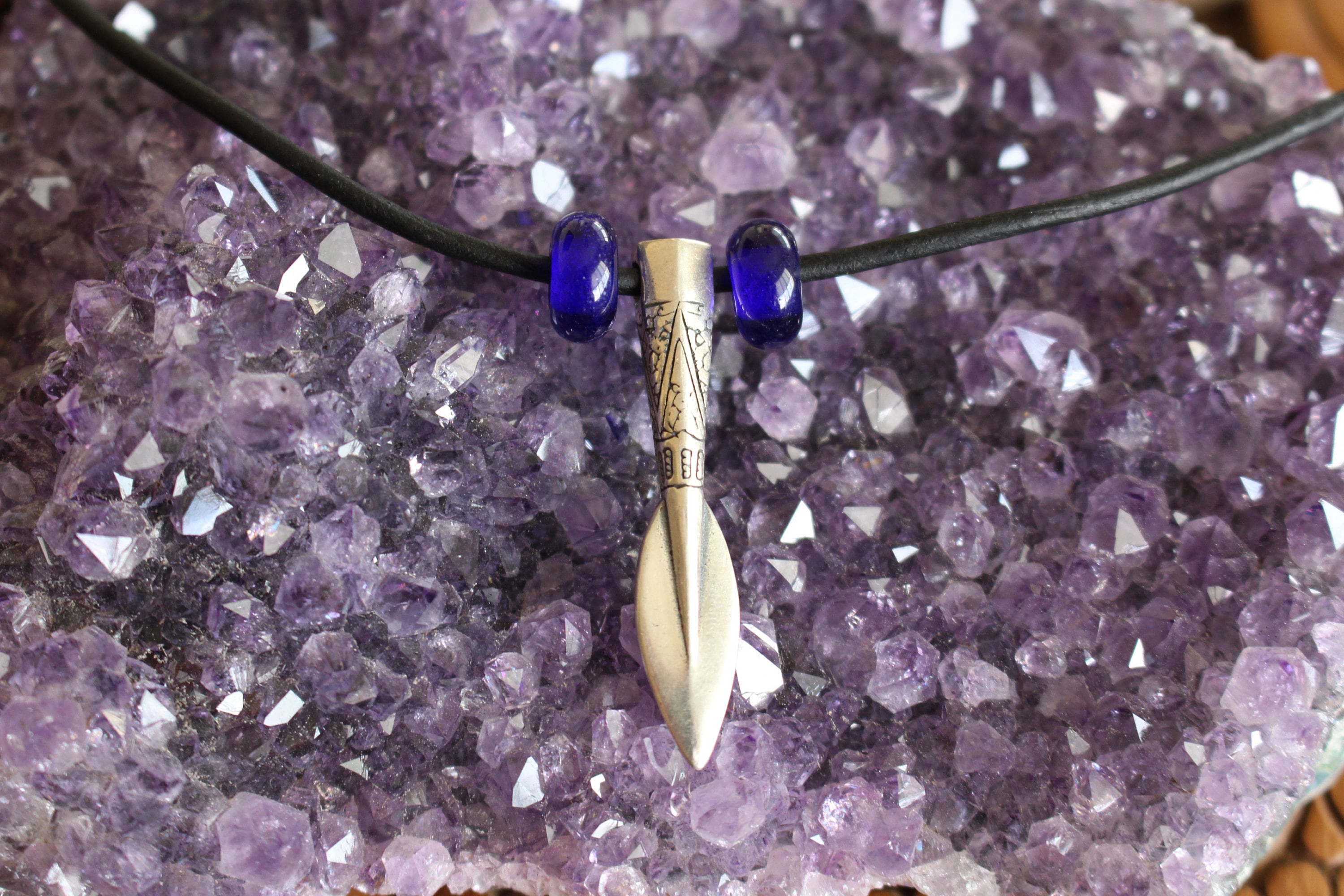 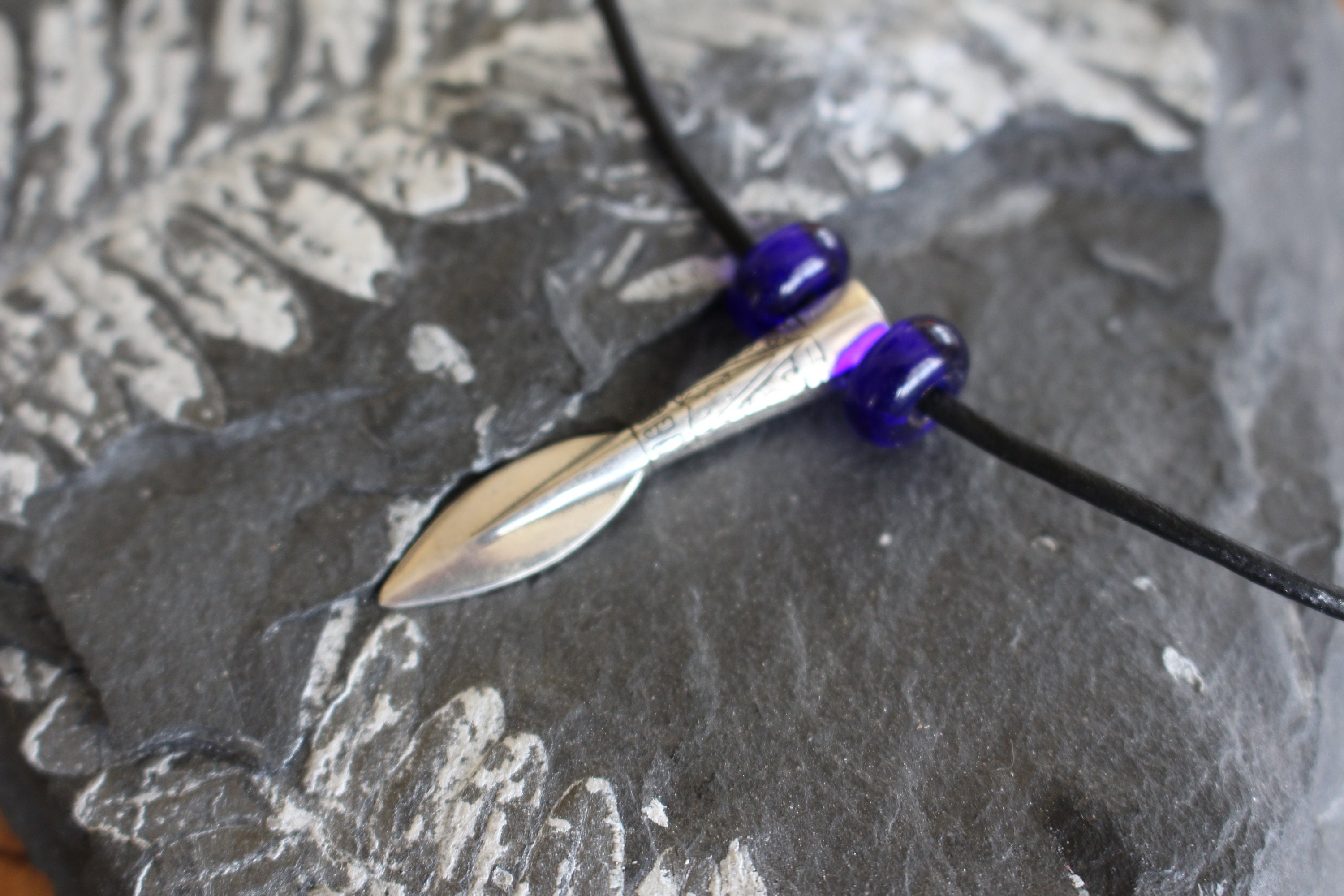 It comes with a leather cord as well as two handmade blue glass beads, designed after Iron Age finds in Norway. In the Poetic Edda, Odin in disguise is described as wearing a blue cloak and therefore has become affiliated with the color.

Beautiful piece. Nicer and more detailed than the picture shows. I will be wearing it with pride. I would definitely recommend this product and shop to anyone. Thanks!

Beautifully done, looks authentic and unique. My husband loves it! Many thanks!