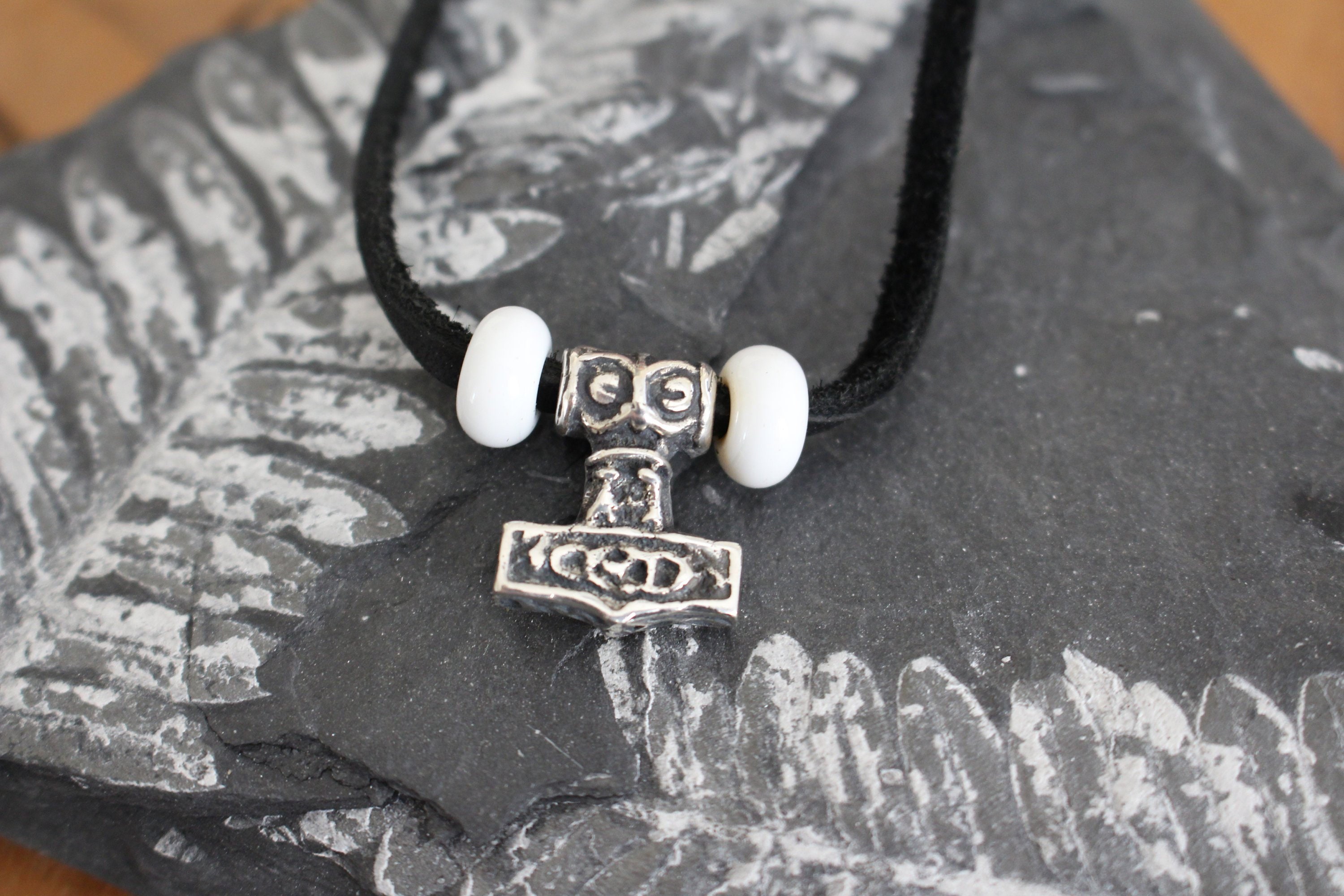 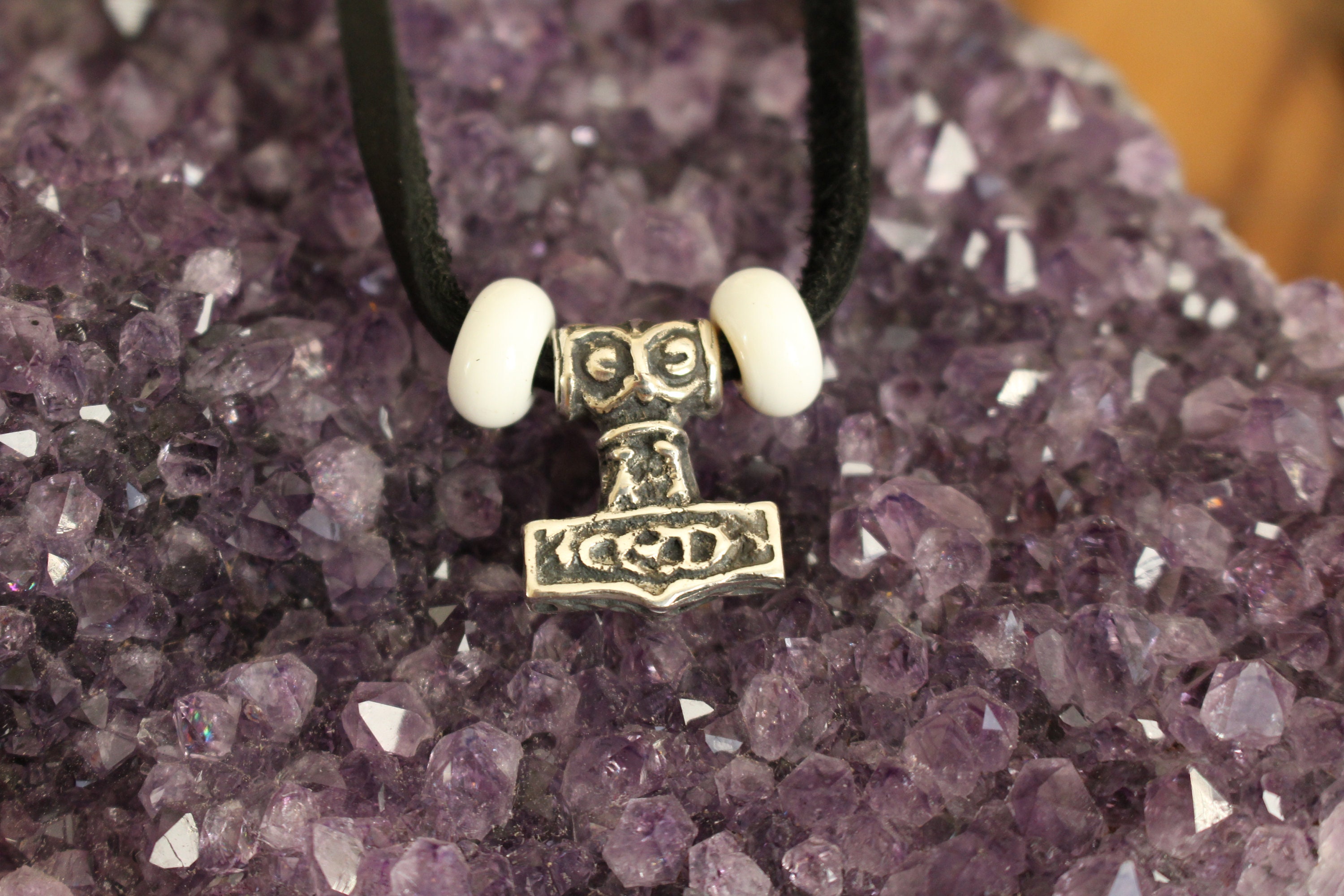 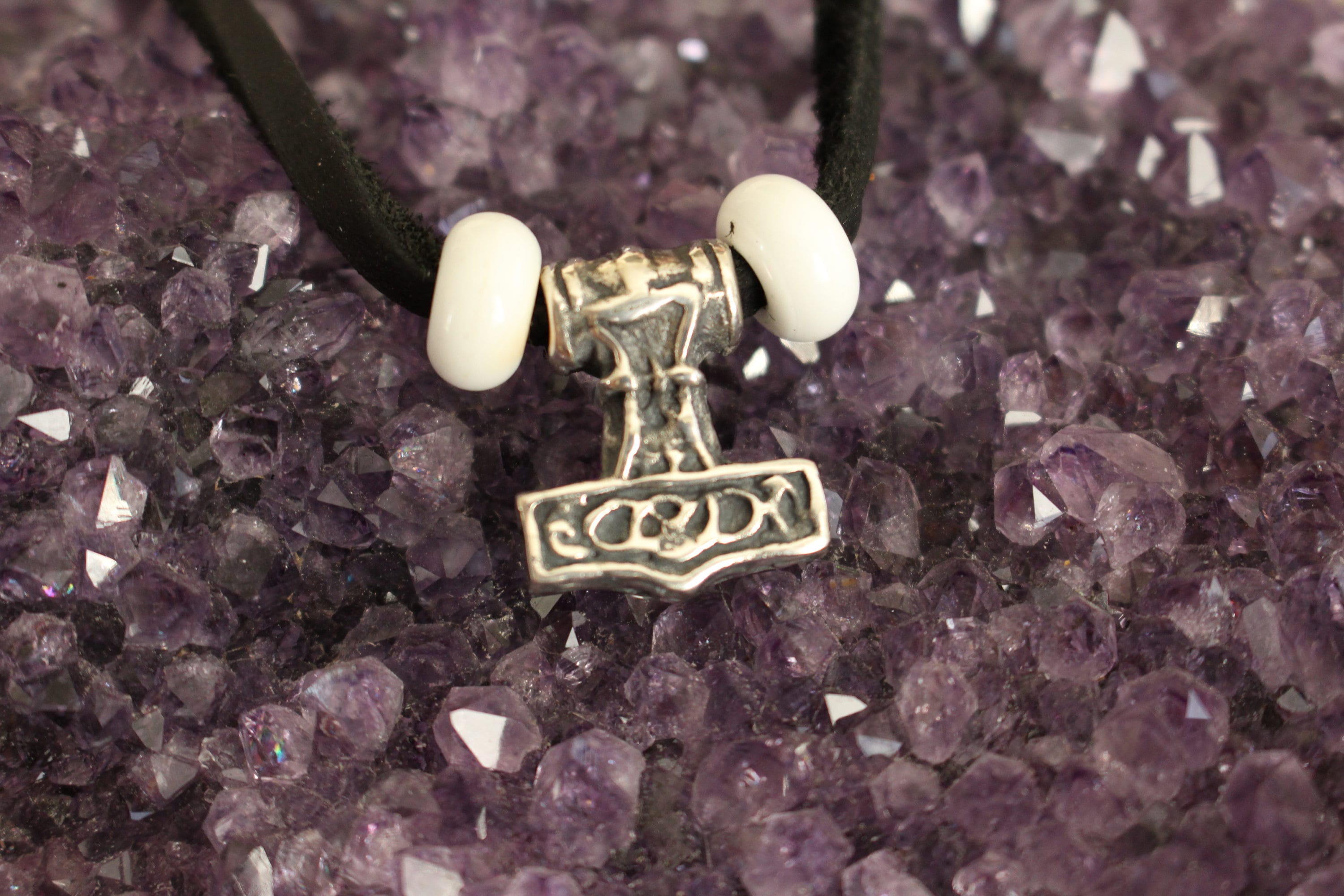 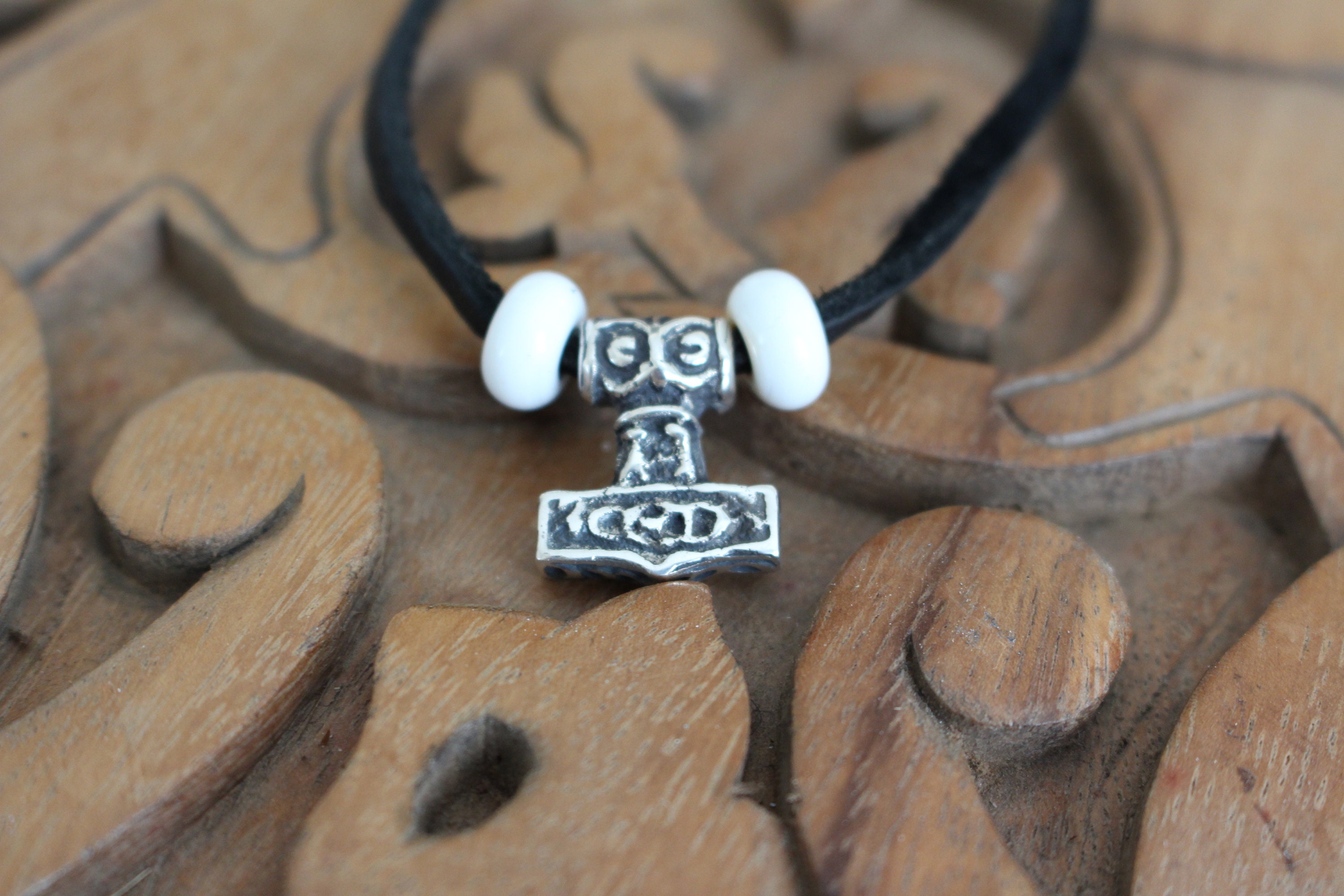 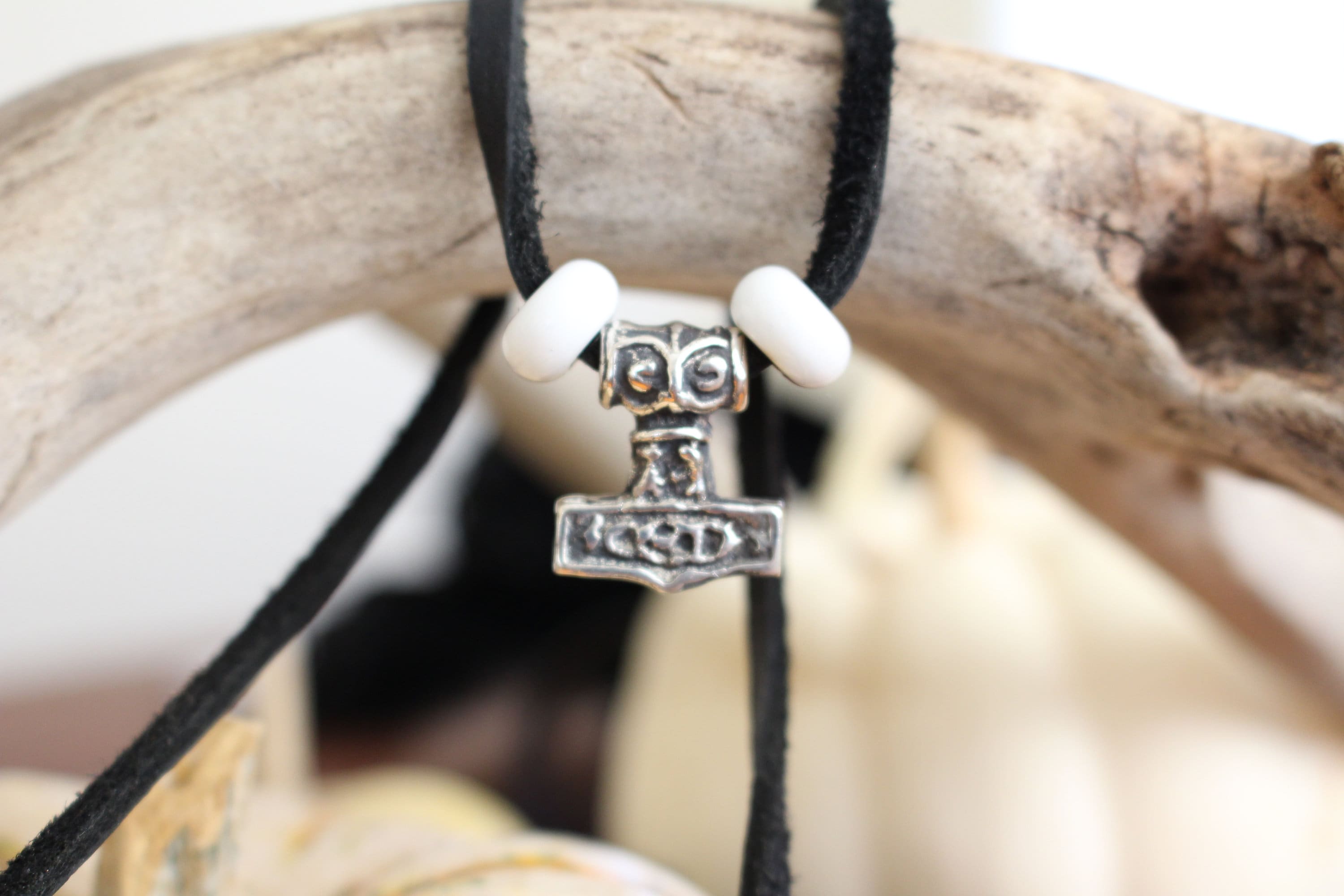 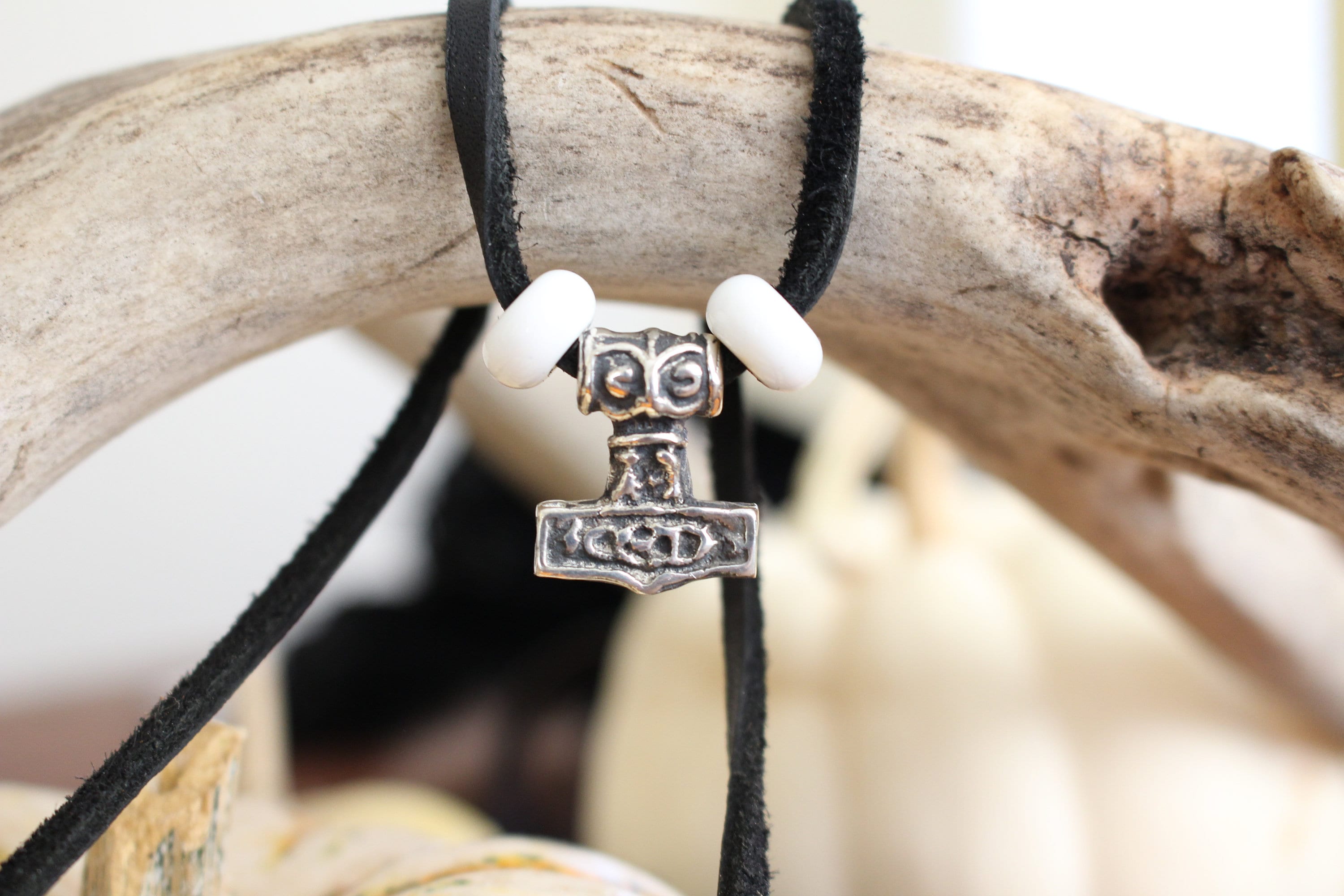 This solid sterling silver replica of a Thor’s hammer (Mjölnir) is based directly on an original 10th century Viking Age archaeological find in Ödeshög, Sweden. You can see the two “eyes” of the god, Thor, depicted at the top of the hammer. At the base there are interlocking knotwork symbols.

This pendant comes with a leather cord and two traditionally made glass beads inspired by Norwegian Iron Age findings.

If you have any questions for me, please don’t hesitate to message at any time!

This was created in affiliation with Viking Kristall.