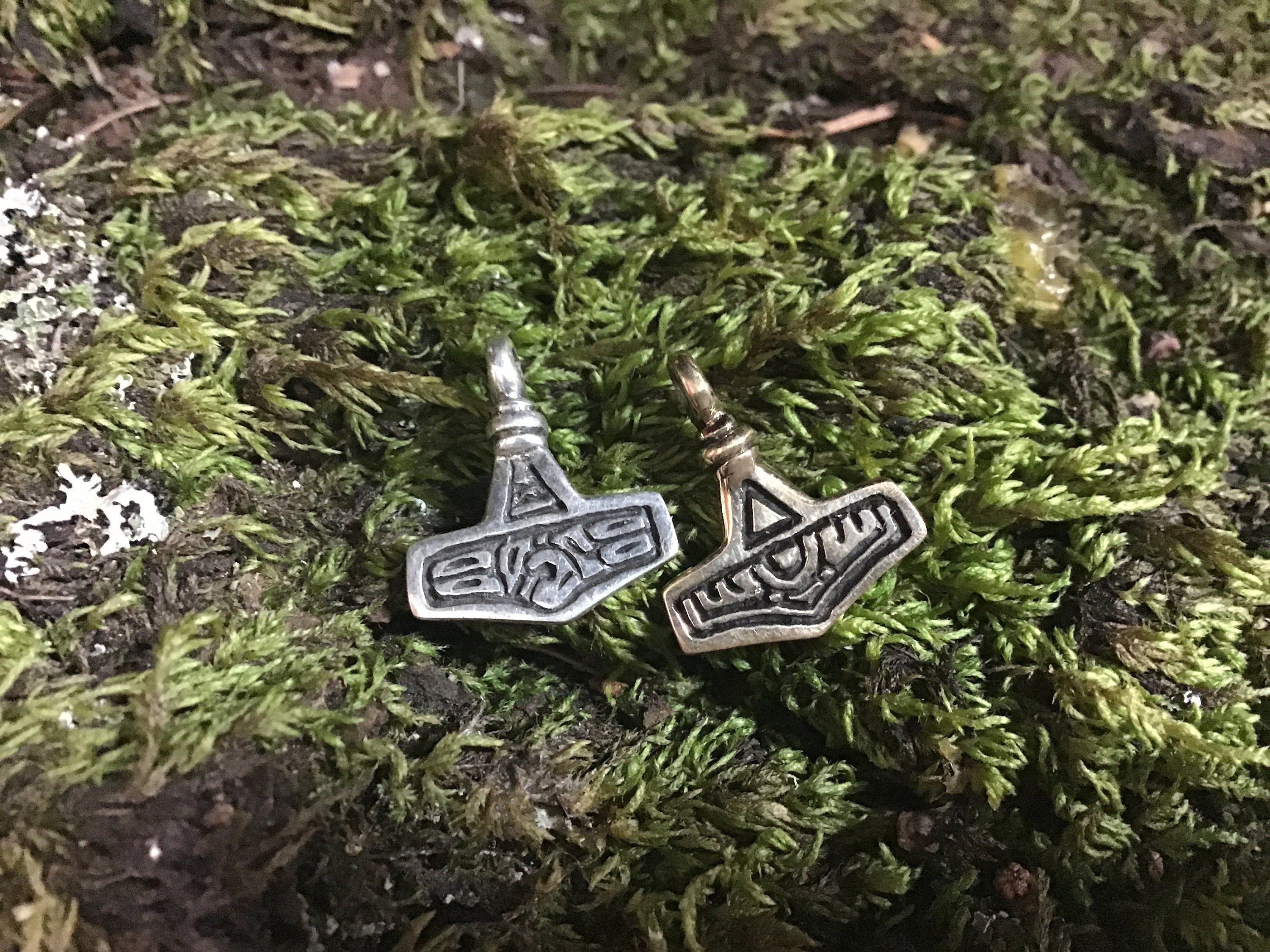 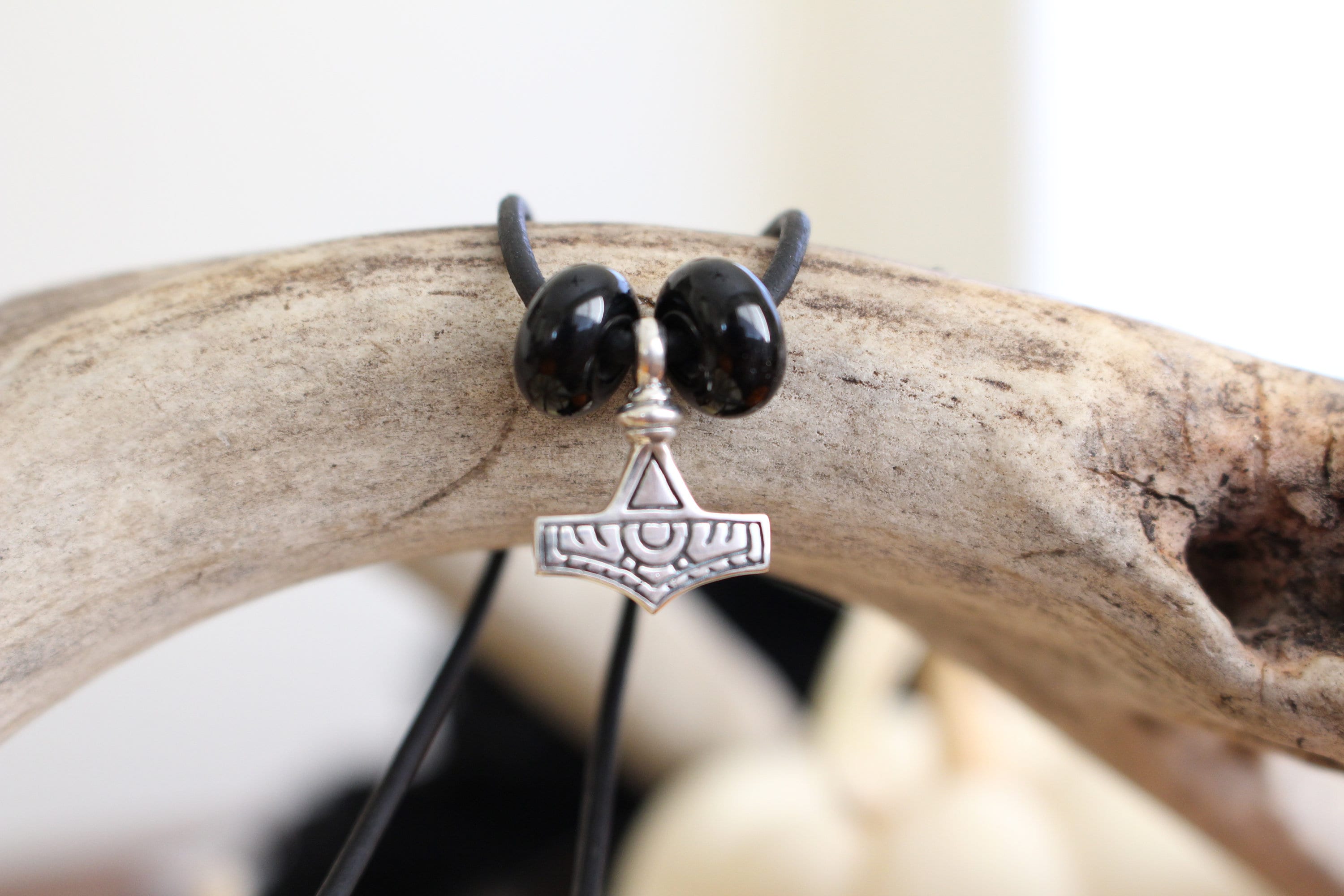 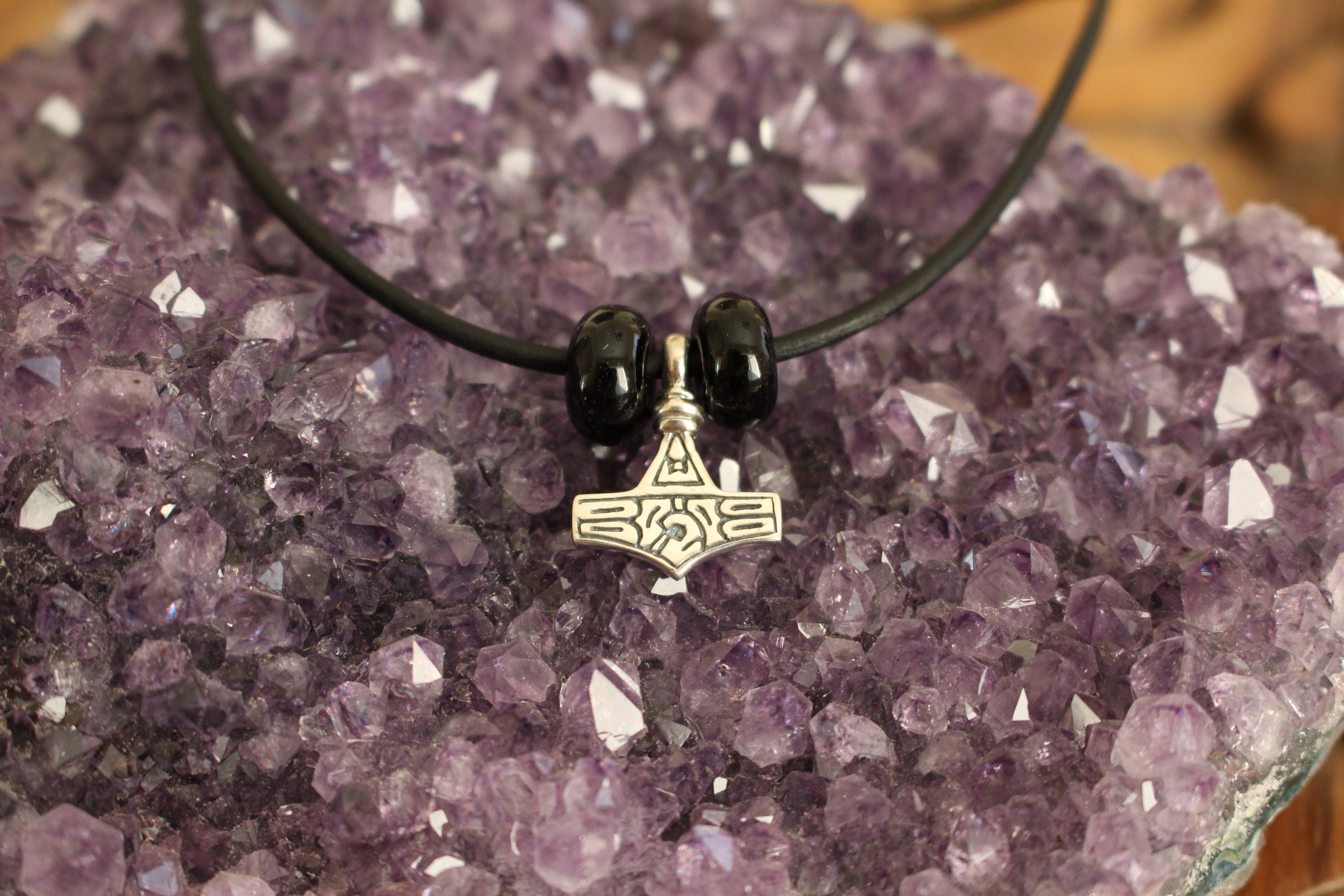 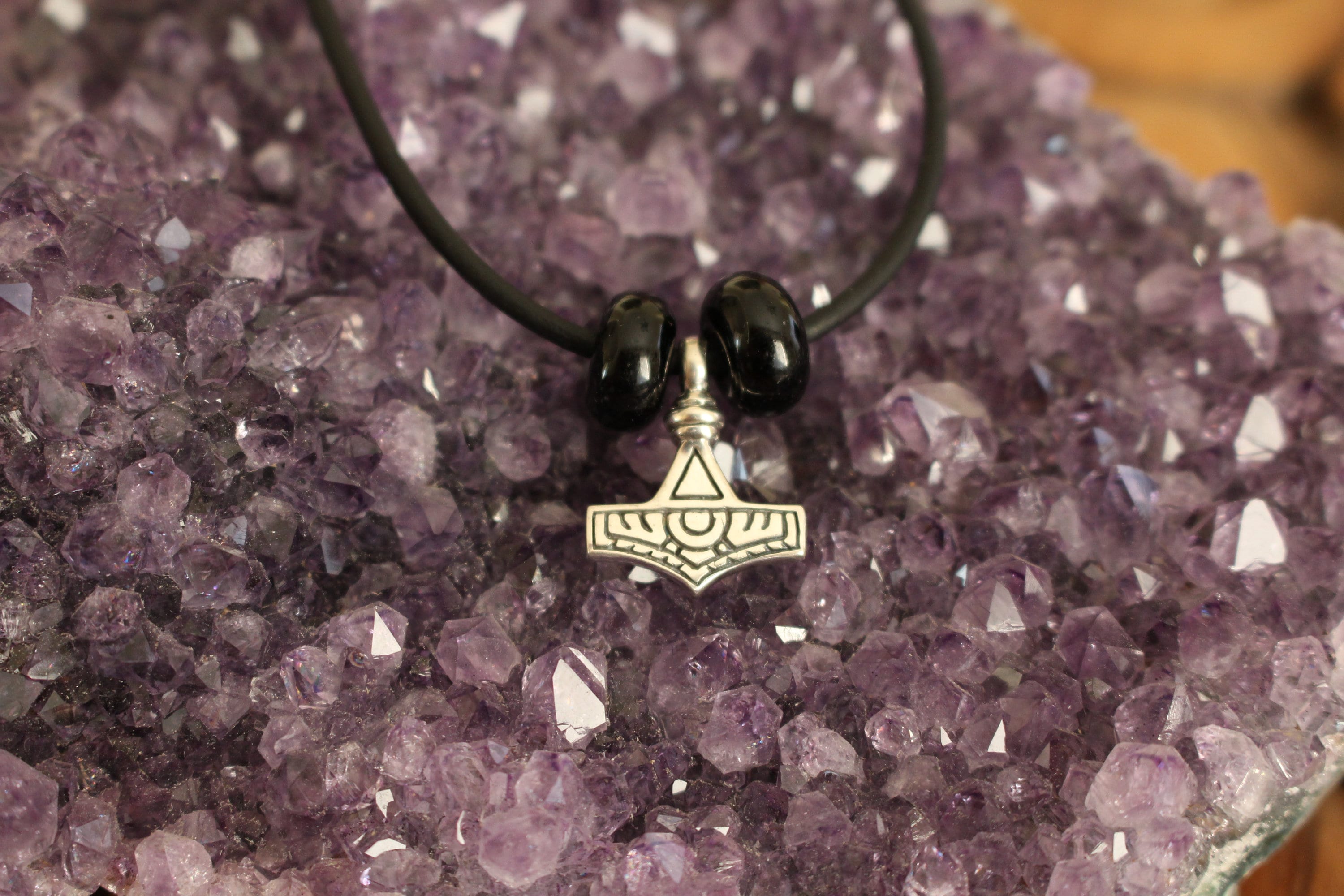 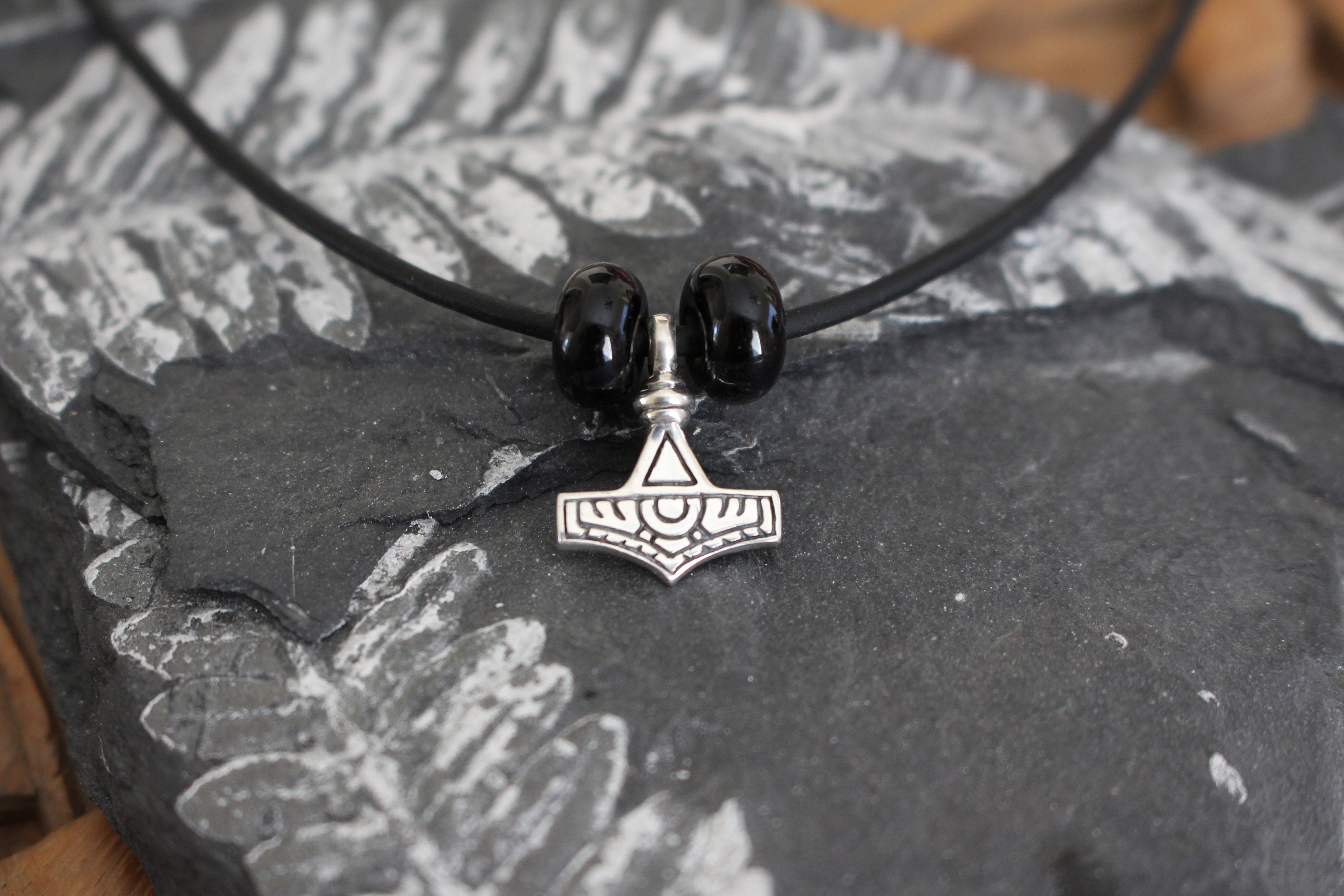 It comes with a genuine leather cord and traditionally made glass beads strung alongside it (which are based on Norwegian Iron Age archaeological findings)!