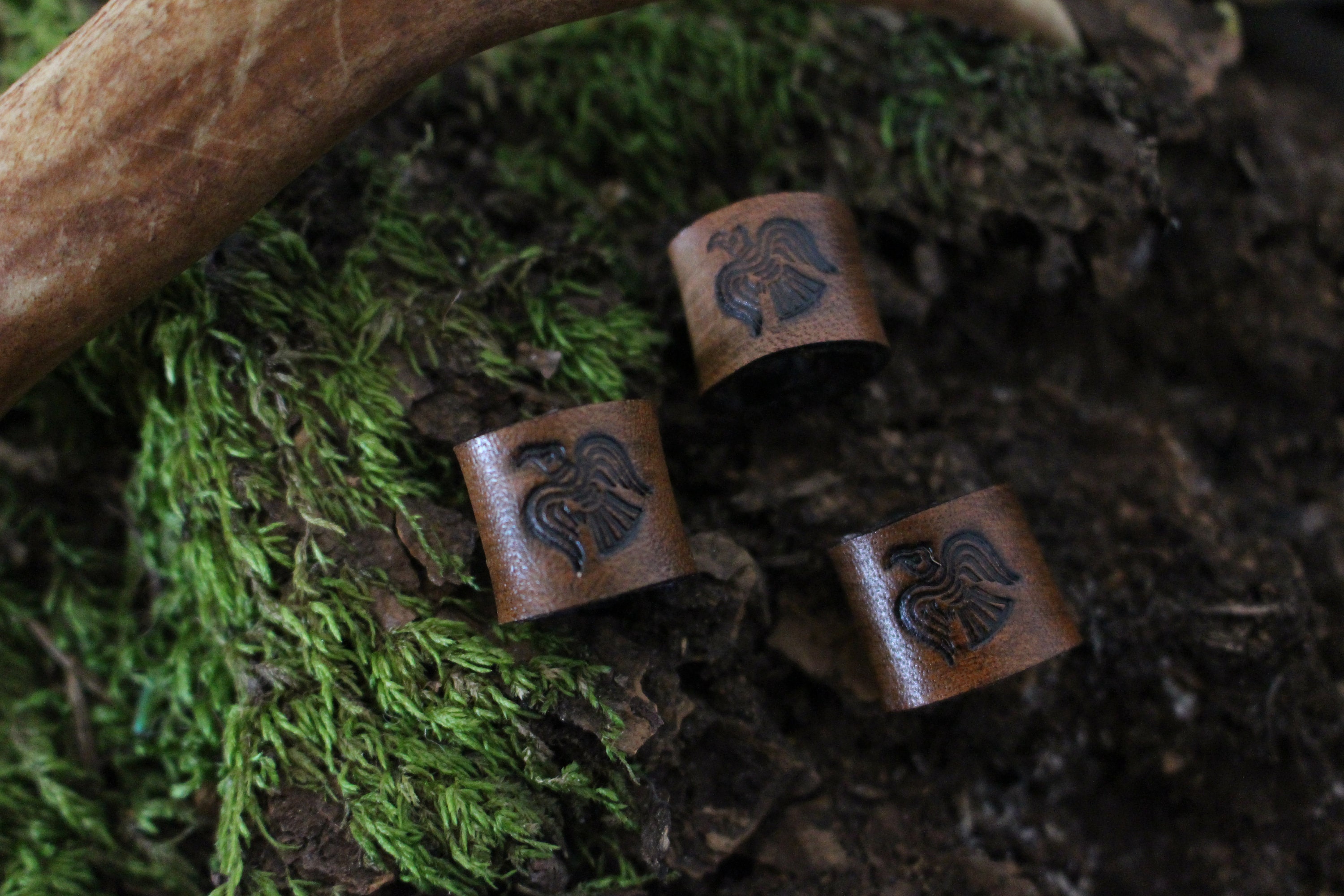 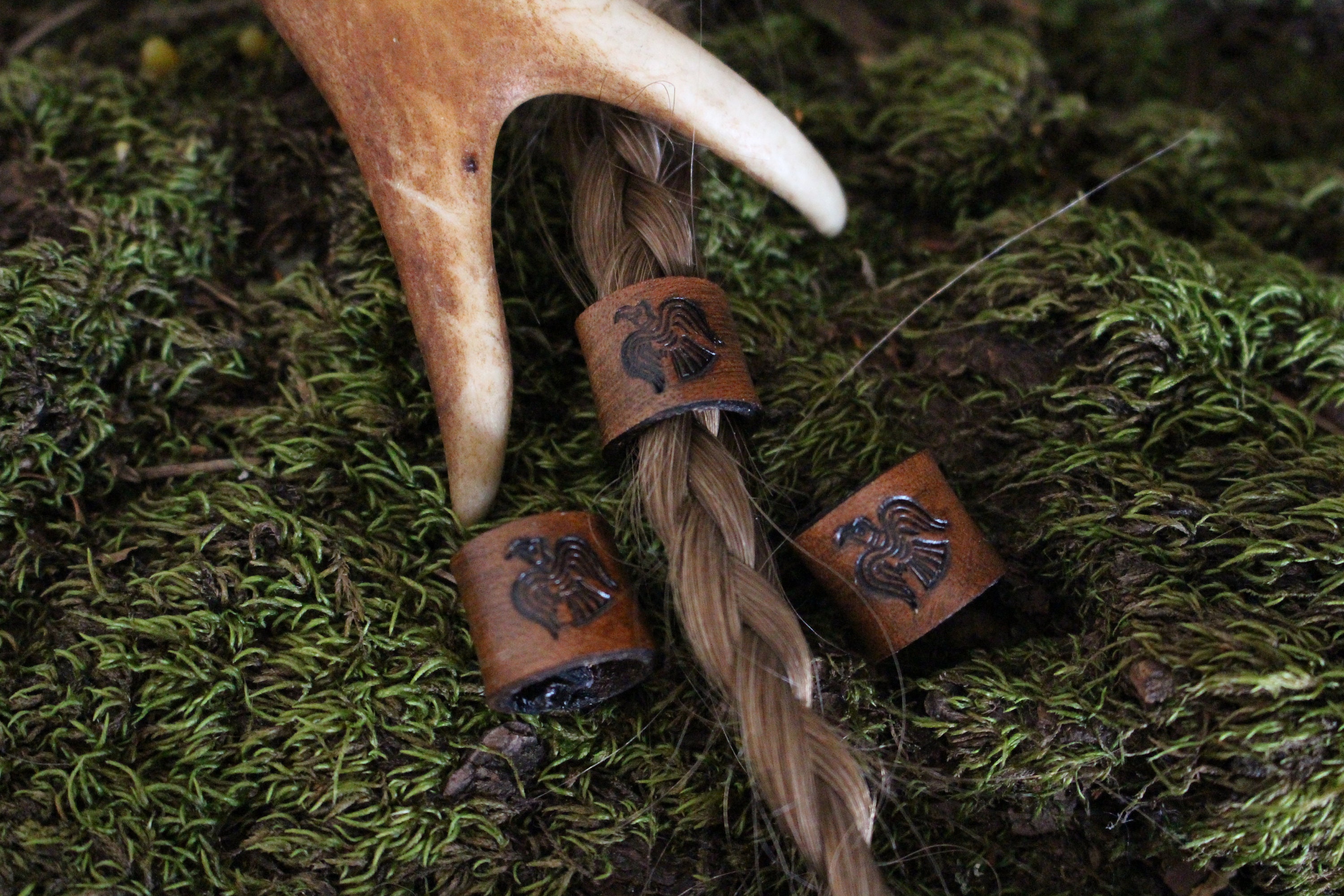 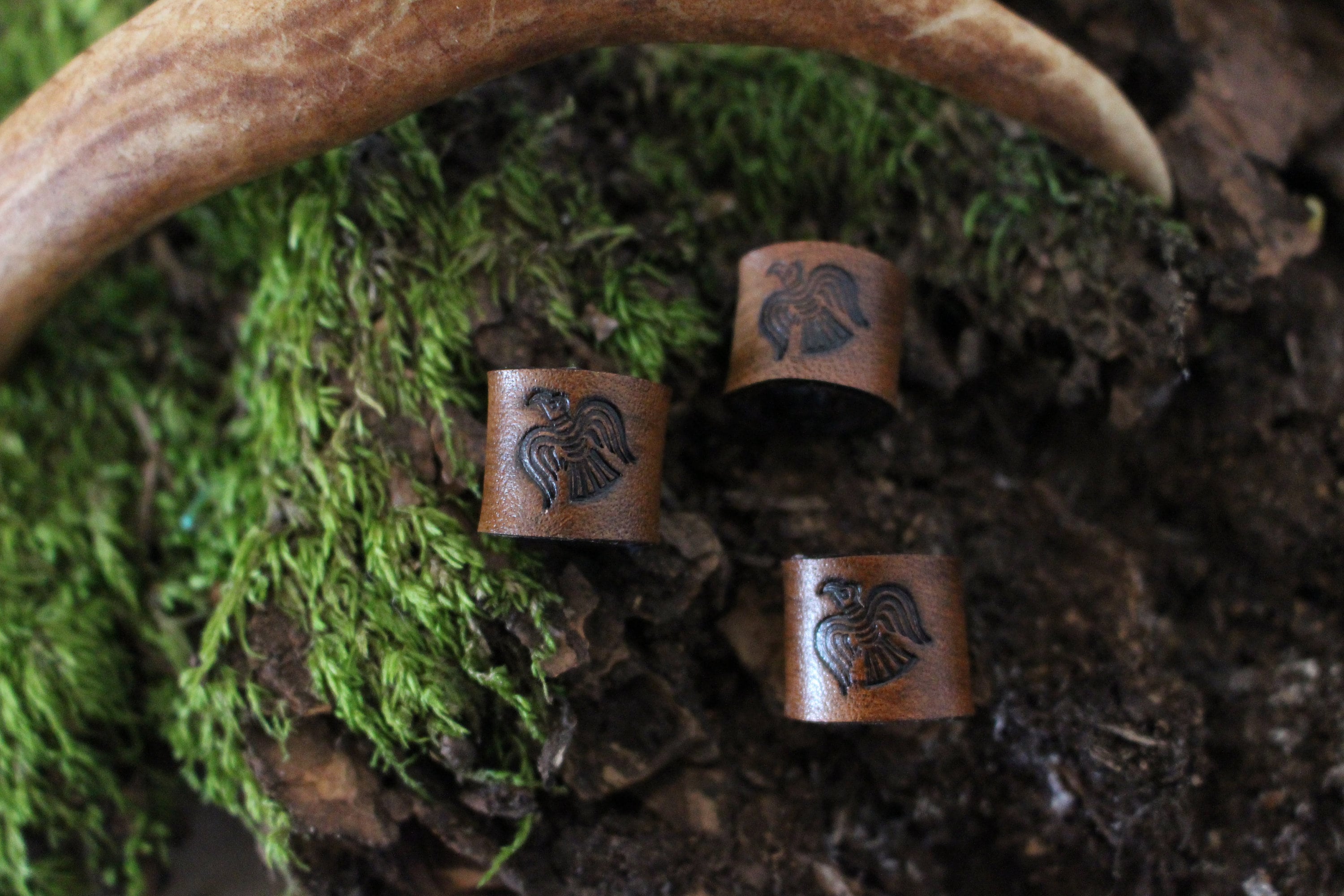 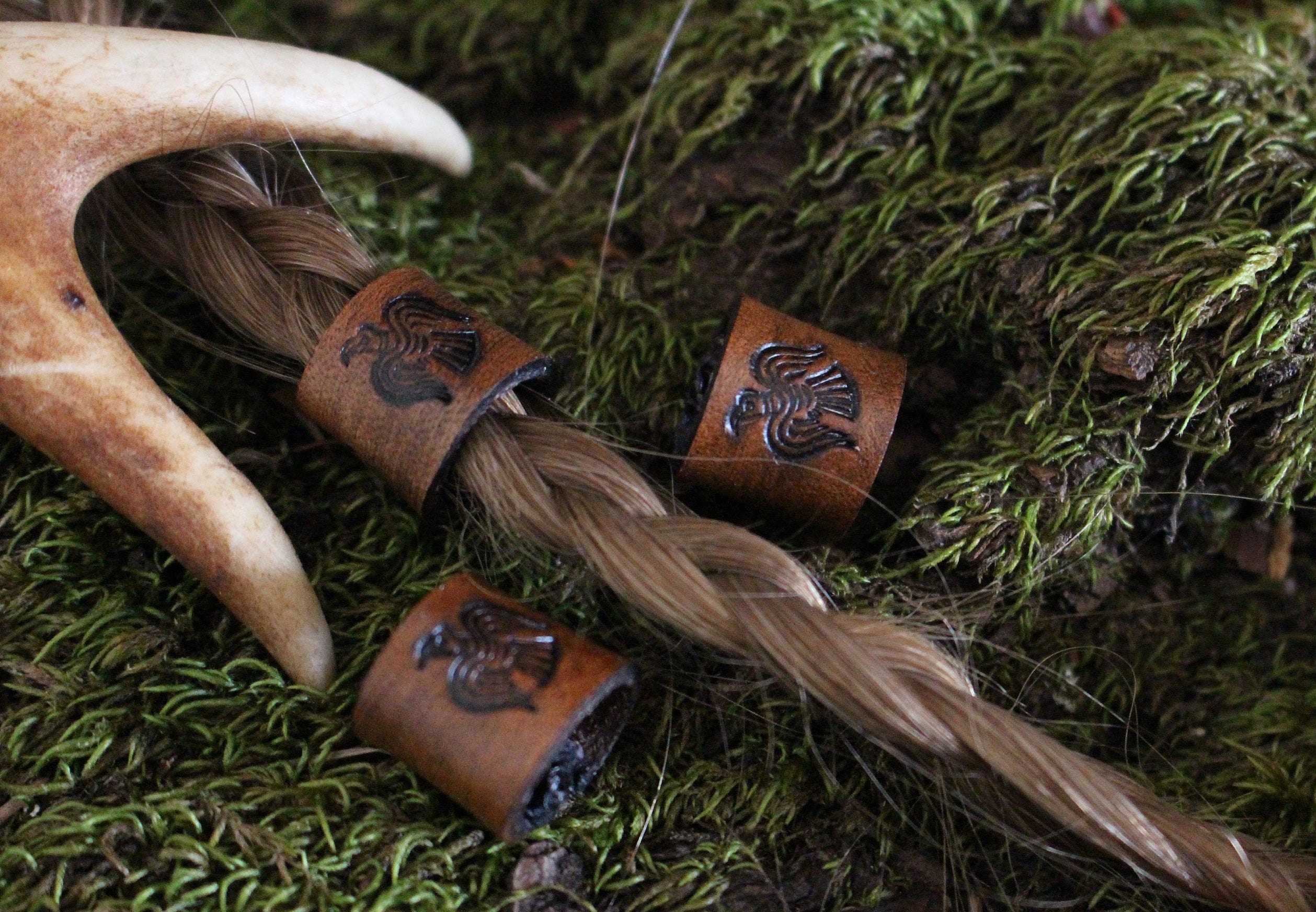 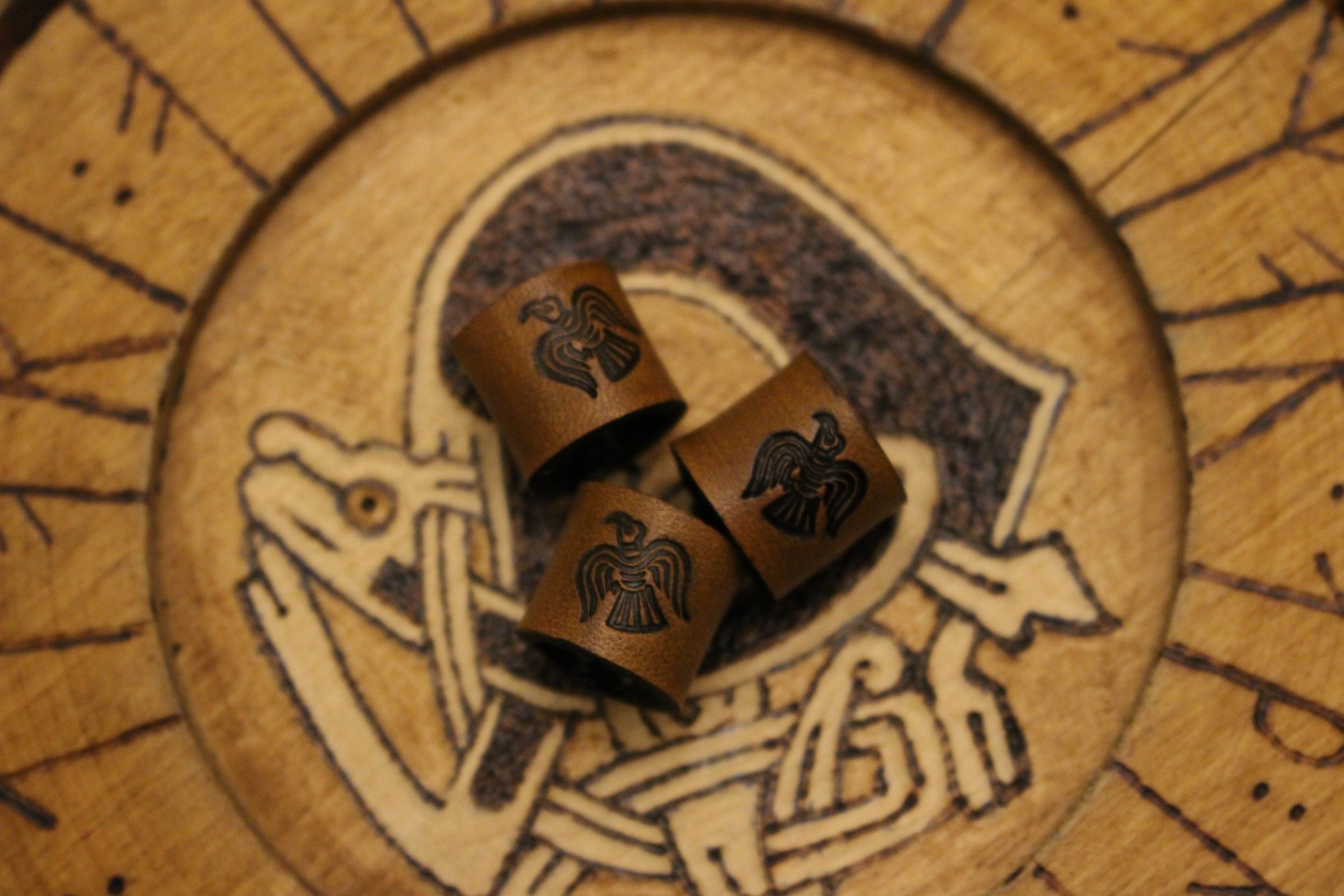 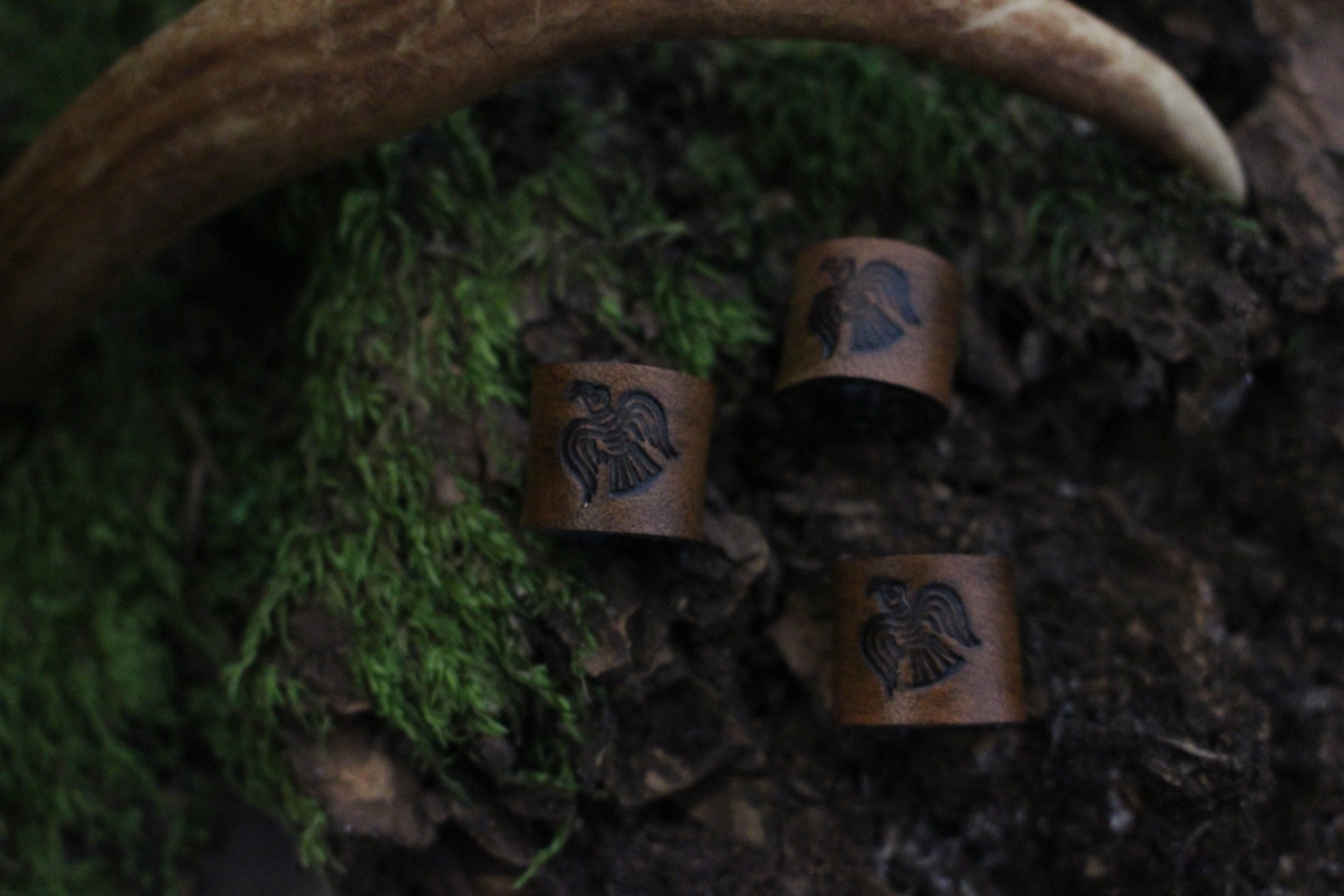 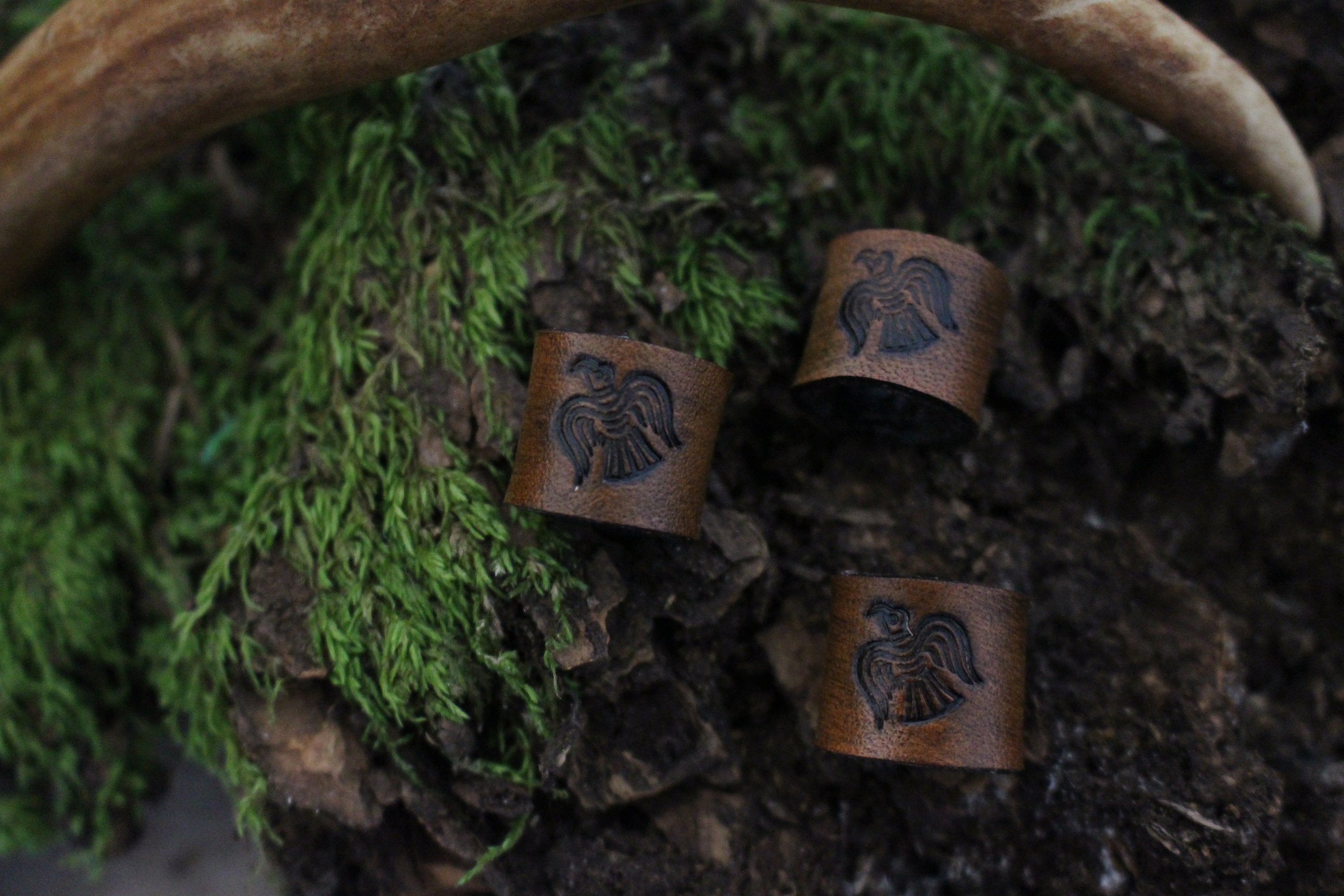 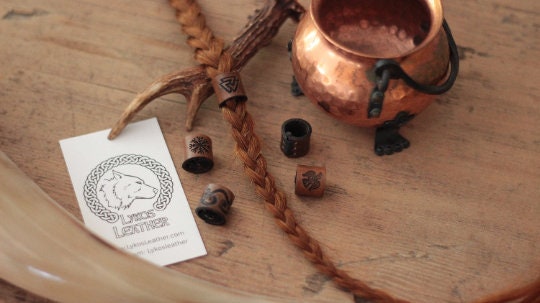 These unique little viking hair/beard beads have been handcrafted and designed in house, every beard/hair bead is hand cut, tooled, dyed, sealed and hand sewn.

These beads are currently only available in Brown leather and have an average internal dimension of 12mm or just under a 1/2 an inch.

Price is for one bead, shipping will be combined when multiple are purchased to save you money.

These are nicely made and look just like the picture. I'm very pleased. Shipping was quick.

Will attempt to use for vikings cosplay - great quality, shipped quickly!

He loved it-showed me the items on a Zoom call-very cool gifts.