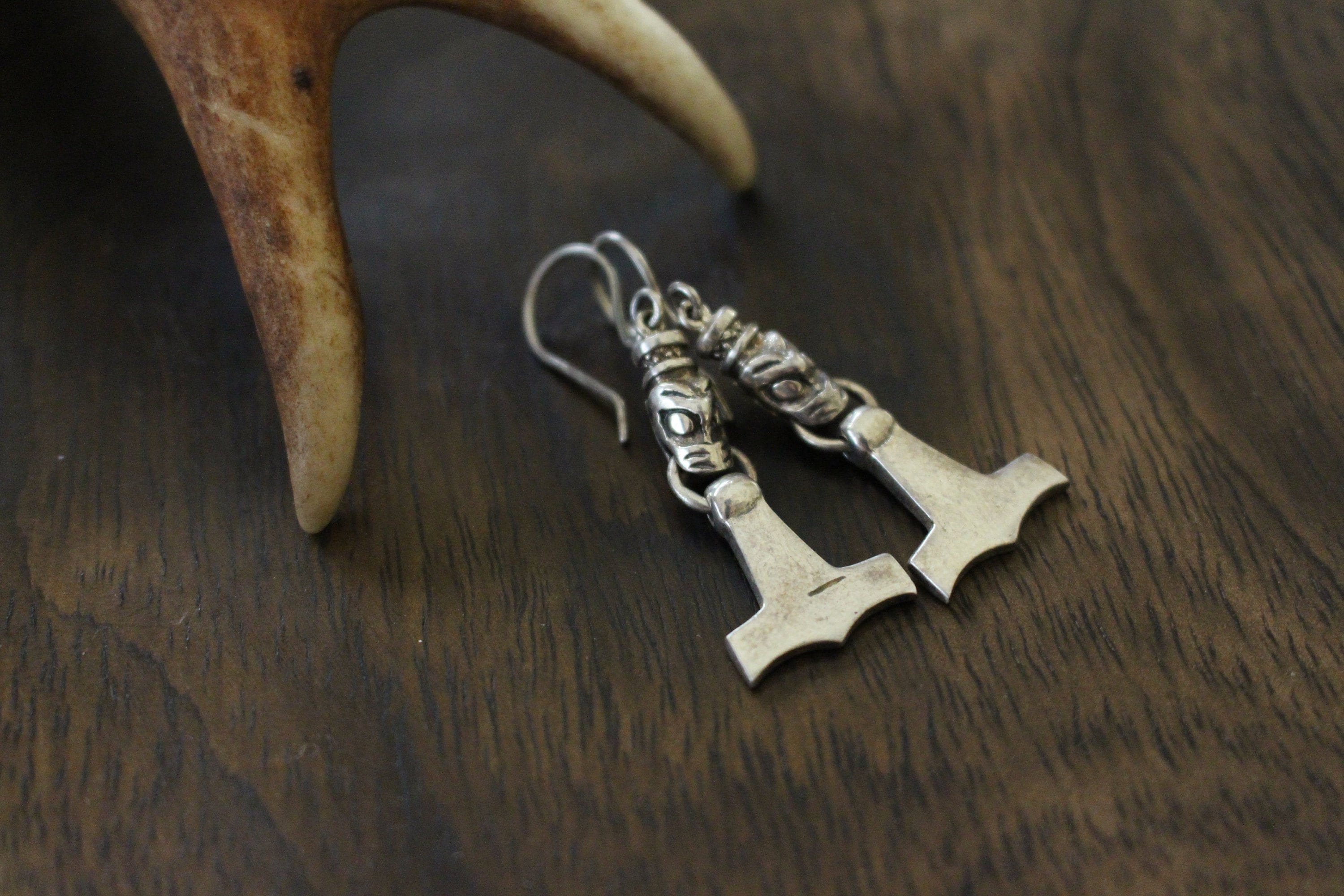 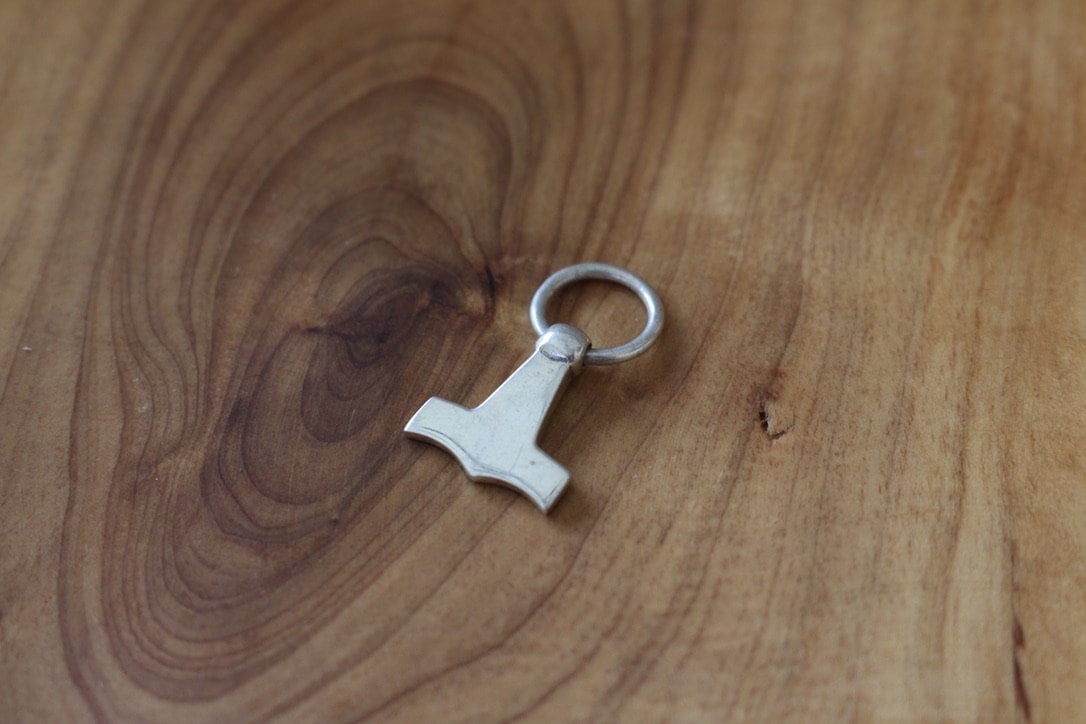 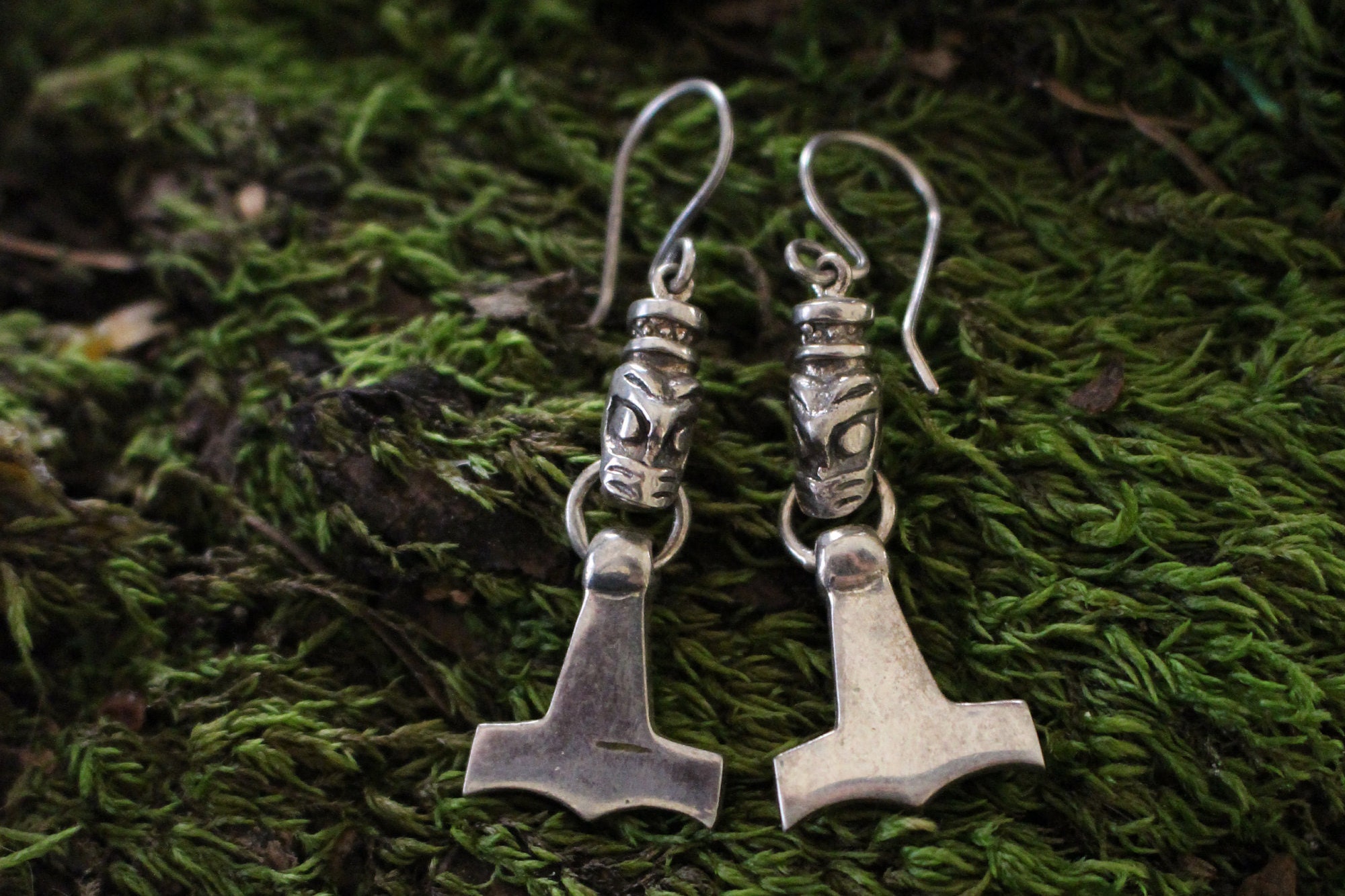 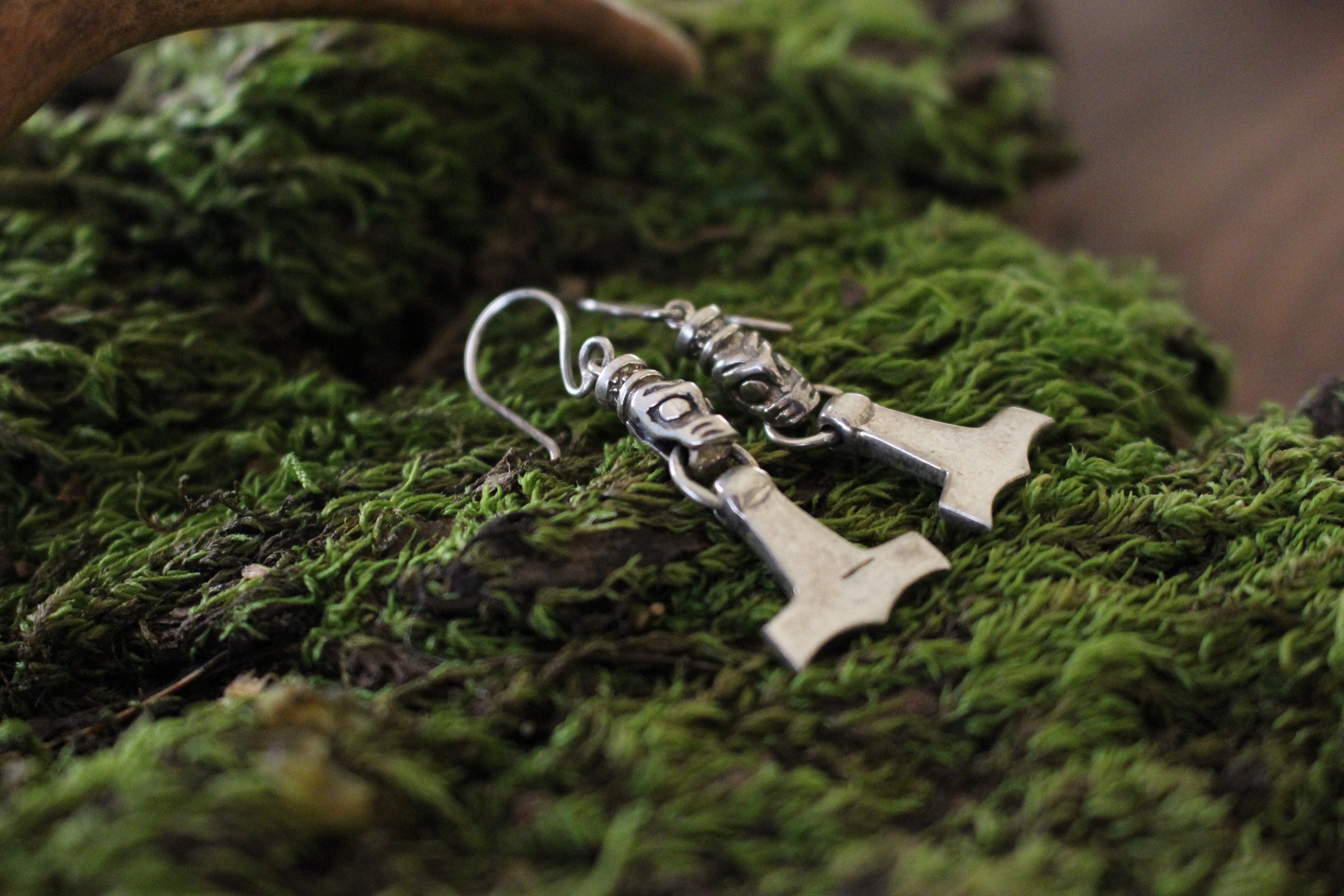 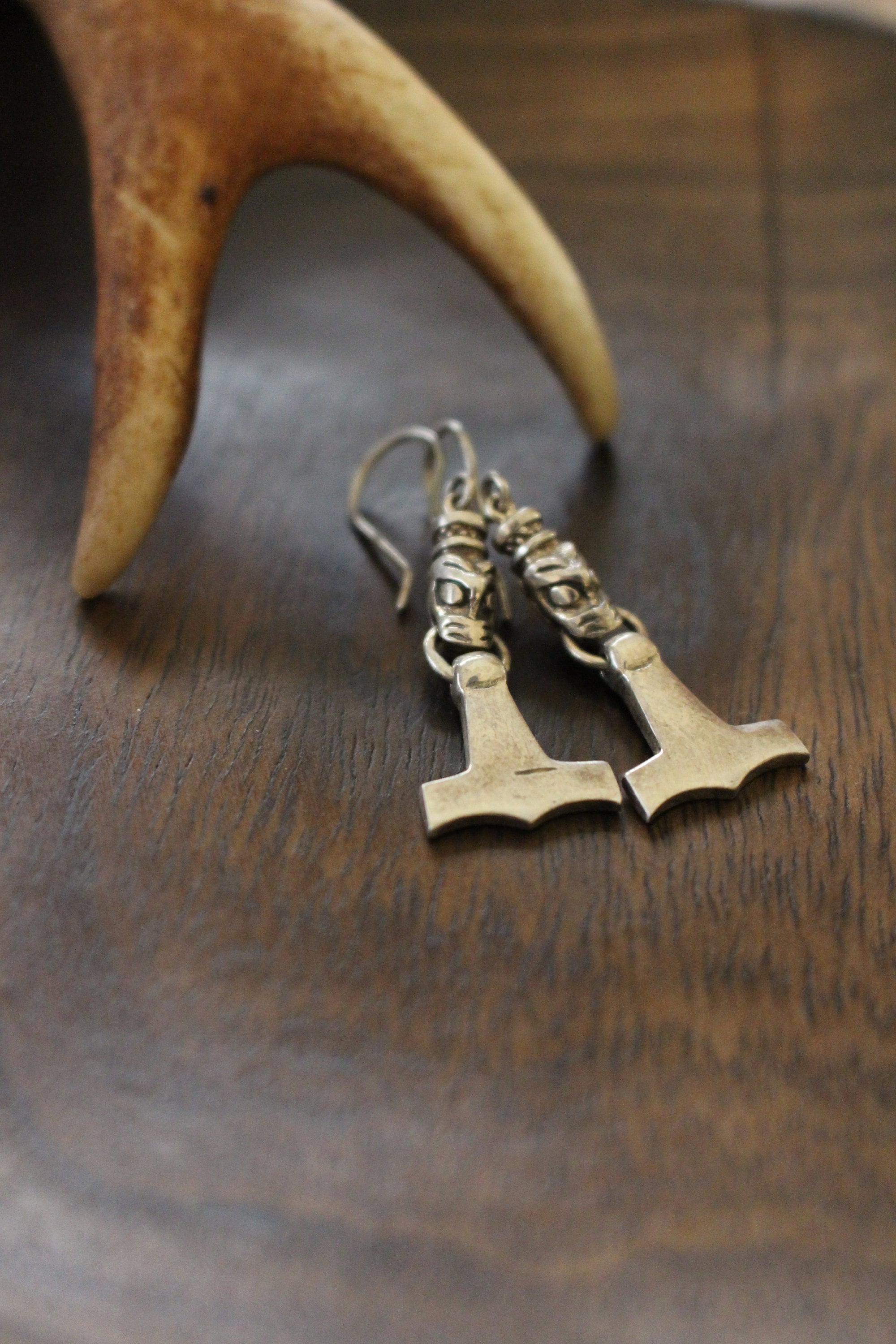 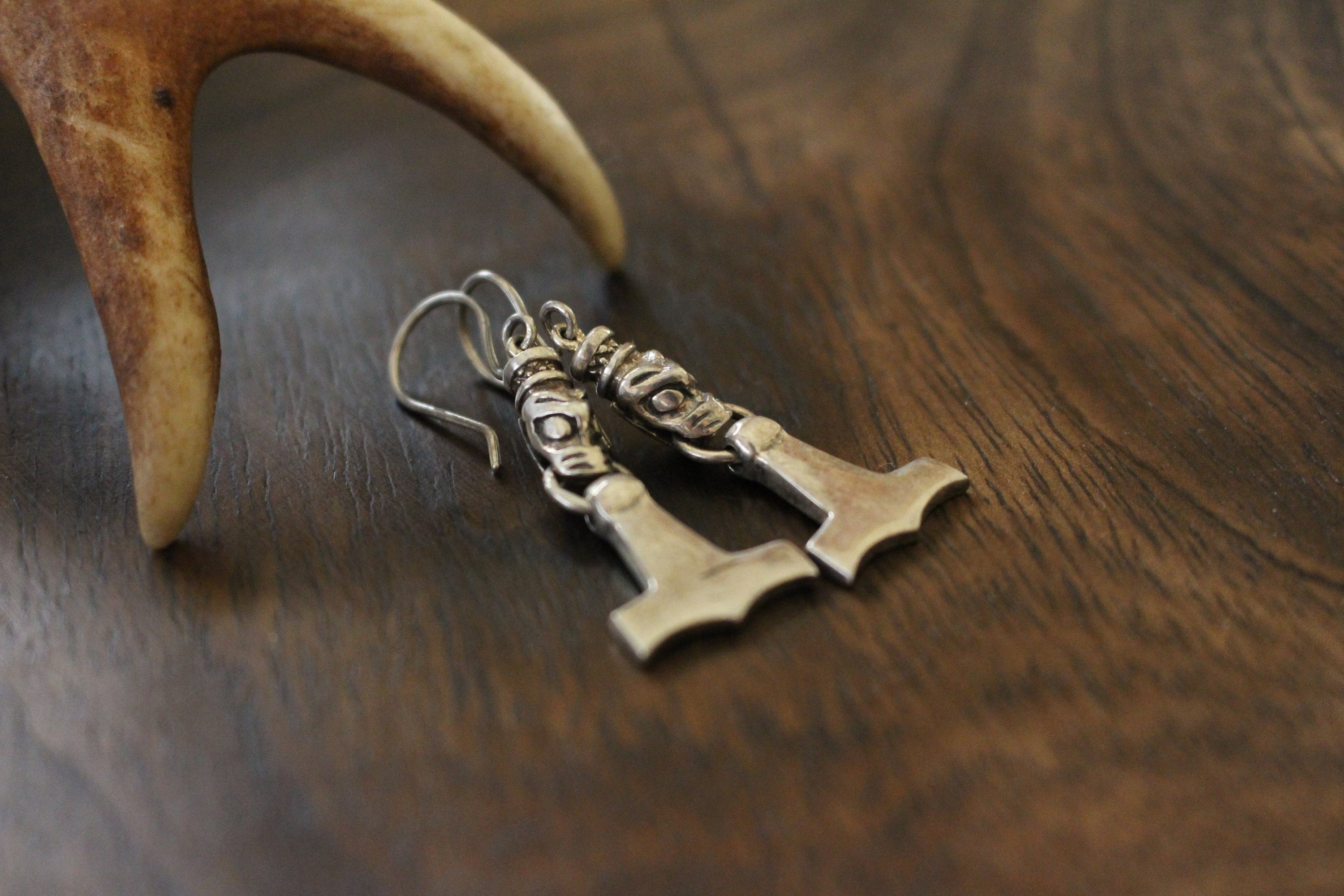 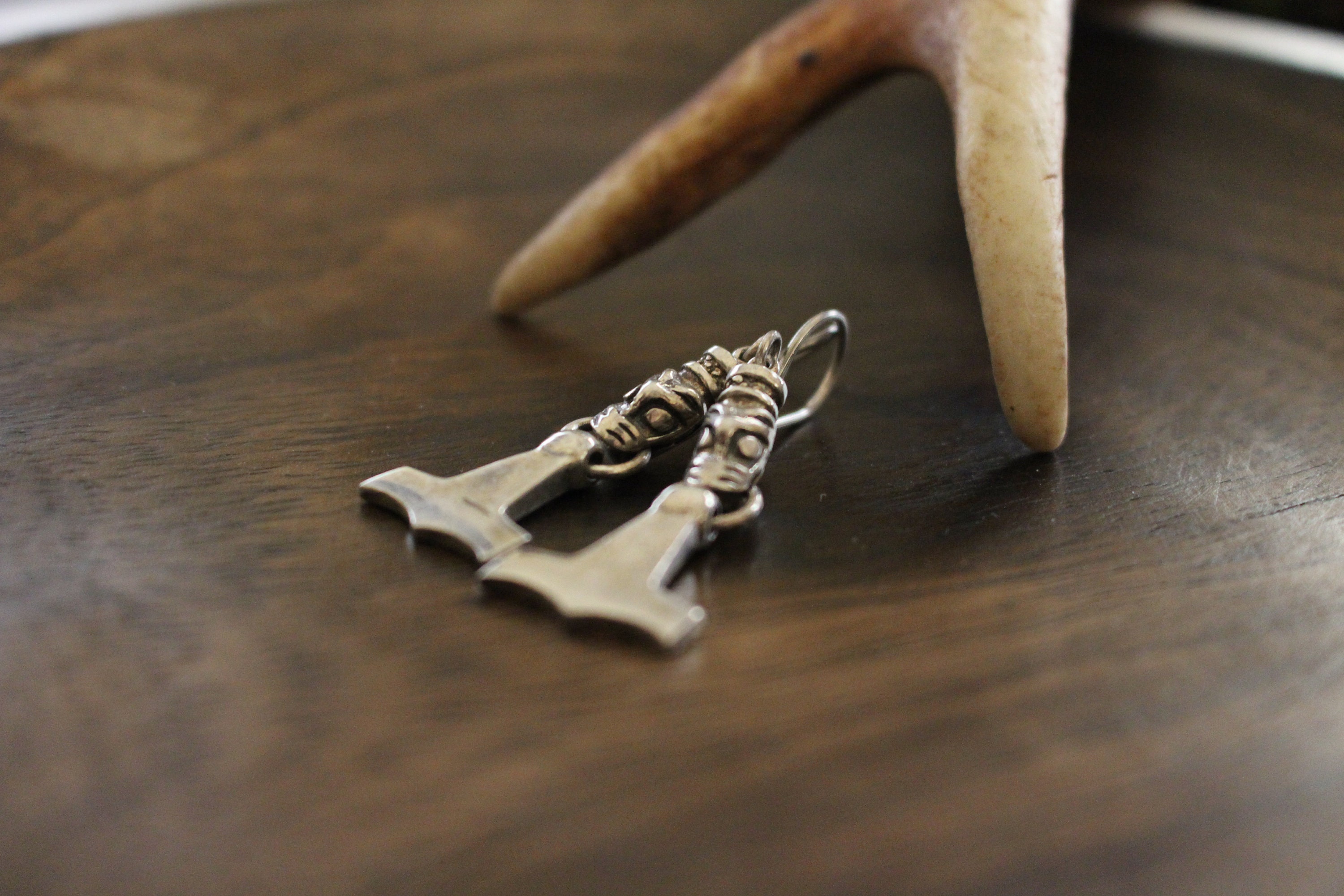 The dragon is a replica from a Viking Age archaeological find in Gotland, Sweden.

This hammer can also be purchased as a individual pendant to complete the set.

These were made in affiliation with Viking Kristall.

This is a very Viking design set of ear rings. Beautifully made and a very nice weight. Perfect for this Swed!

These are awesome earrings! Colin delivers quality along with creativity. The clove and moss gift packaging was a nice addition.