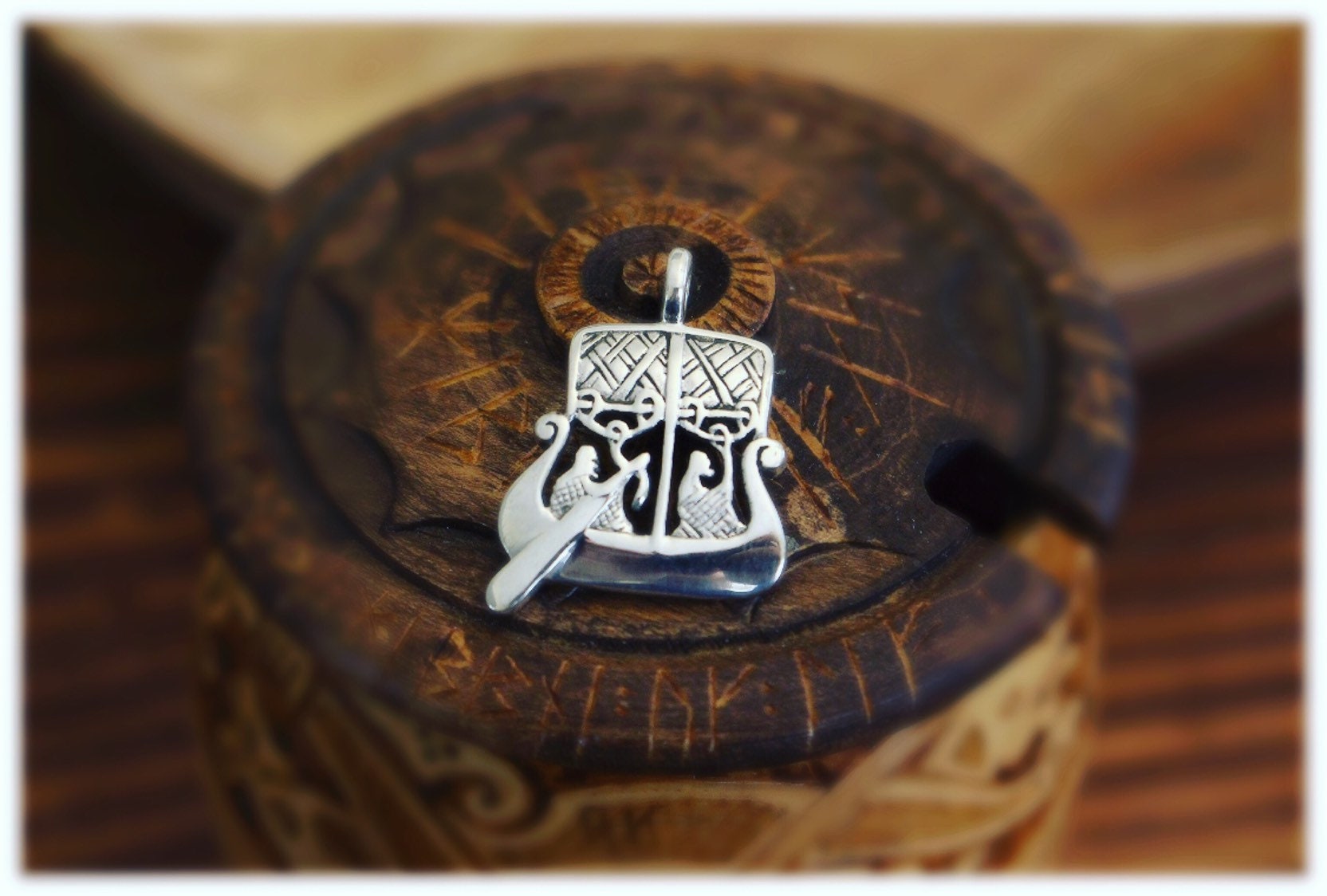 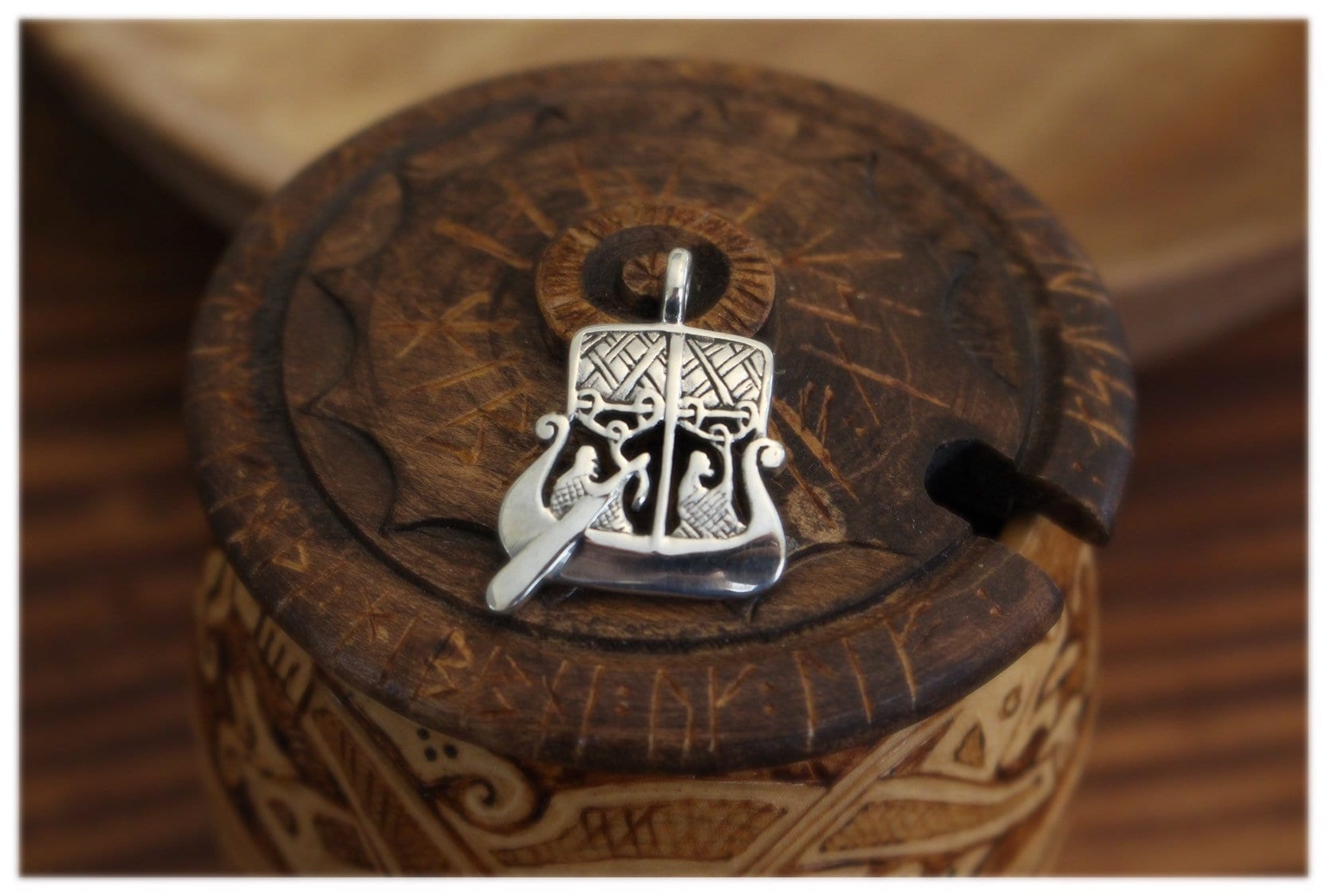 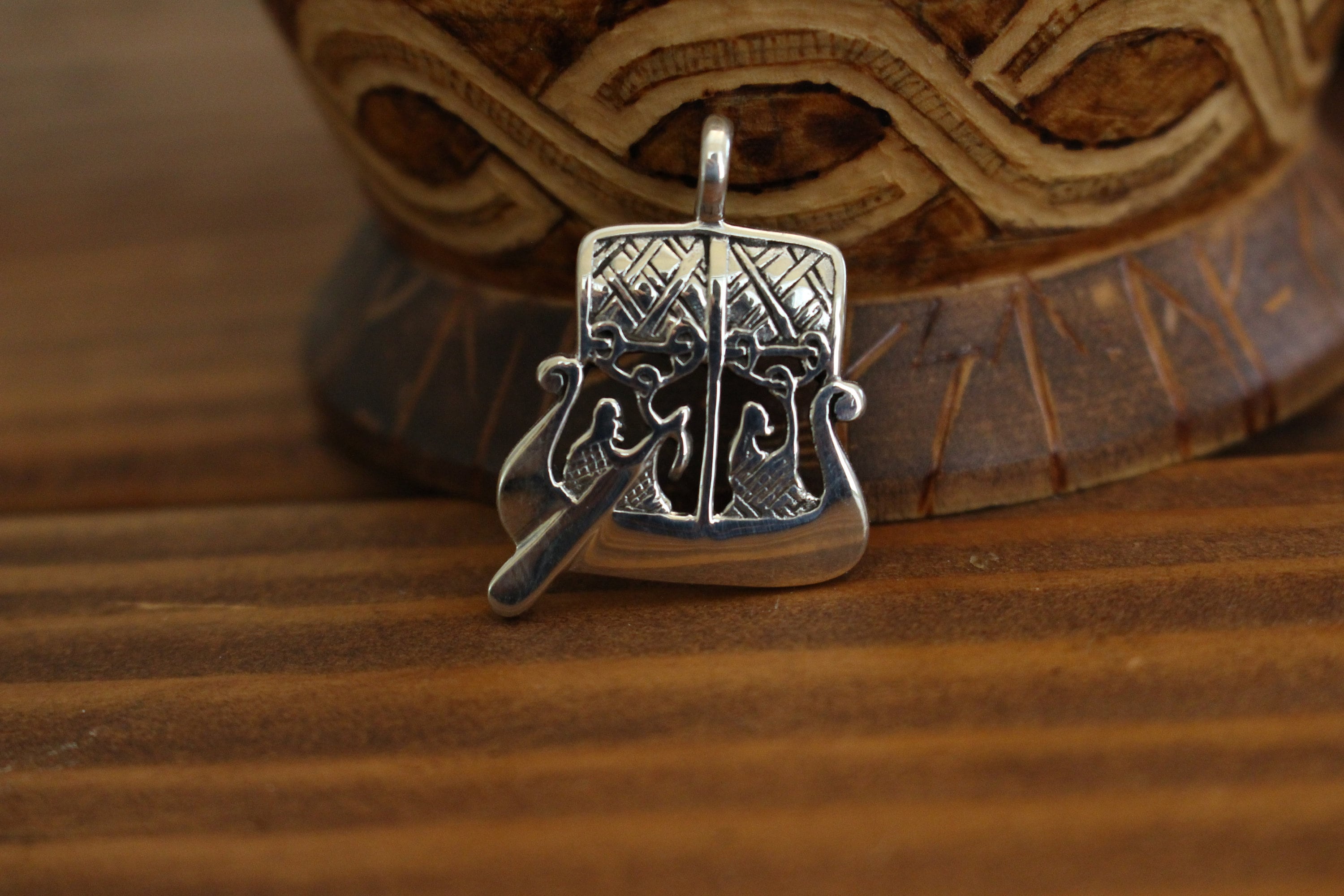 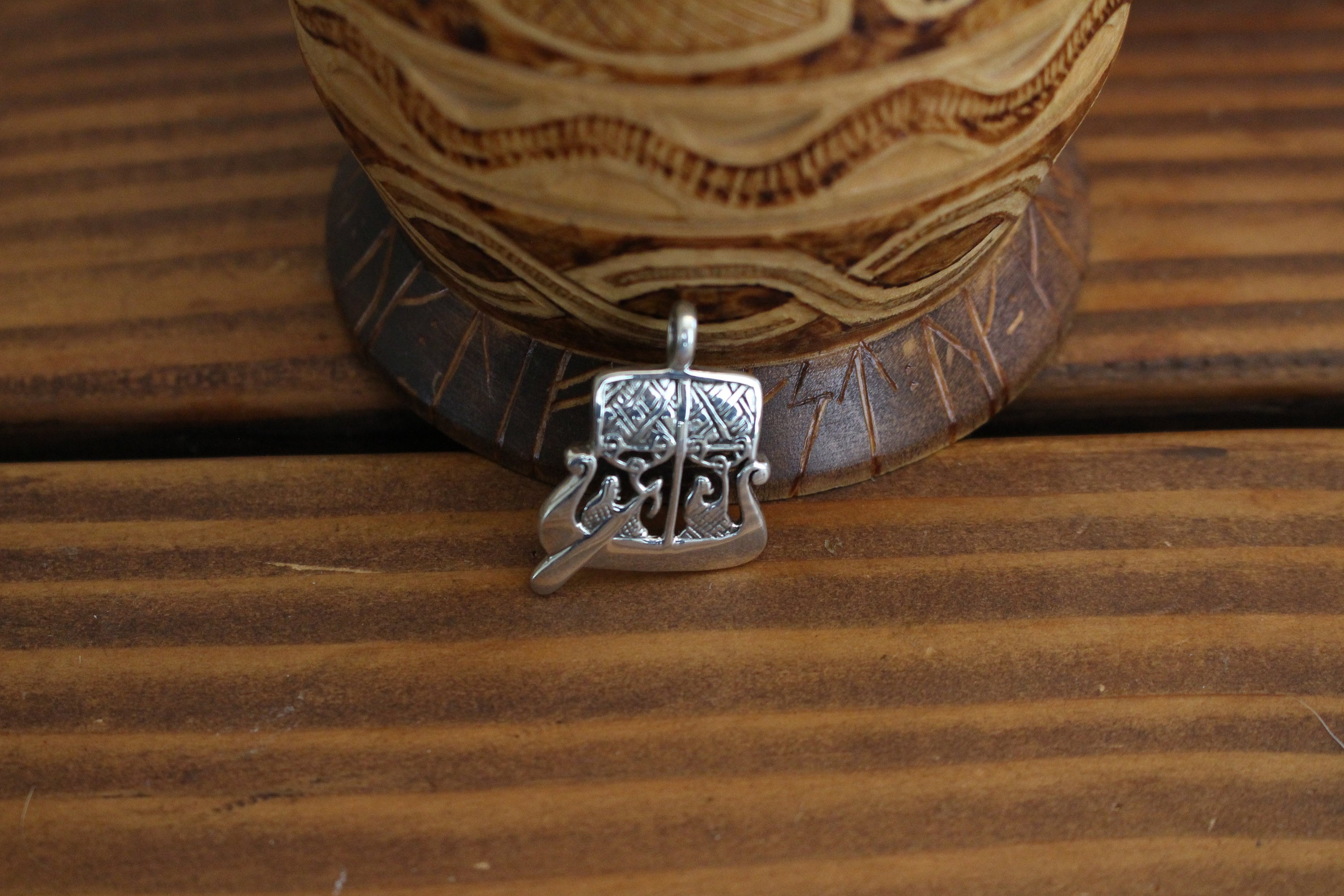 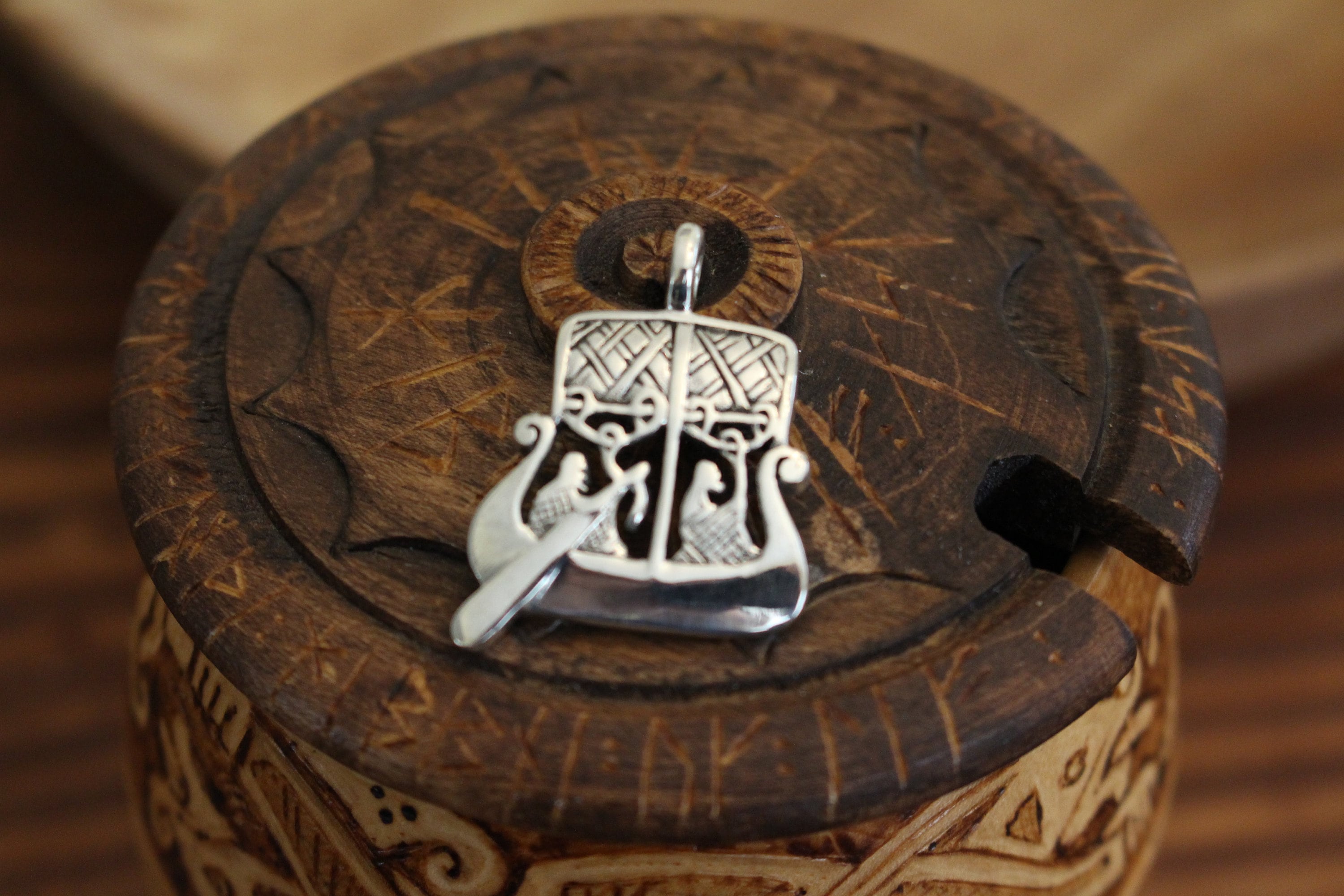 The Viking Age was defined by the seafaring prowess of the Norse. This solid cast sterling silver depiction of two warriors on their ship displays exactly what it meant to go “Viking” and travel to tradeposts (or war) in search of treasure, fame, or power.

This pendant is based directly on the ancient Lillbjärs picture stone that dates back to 800 A.D. from Gotland, Sweden. Also depicted on the stone is the image of a Valknut and a horse with a rider being greeted by a woman holding a horn of mead.

It comes with a leather cord and optional handmade glass beads which are based on Iron Age Norwegian archaeological finds!