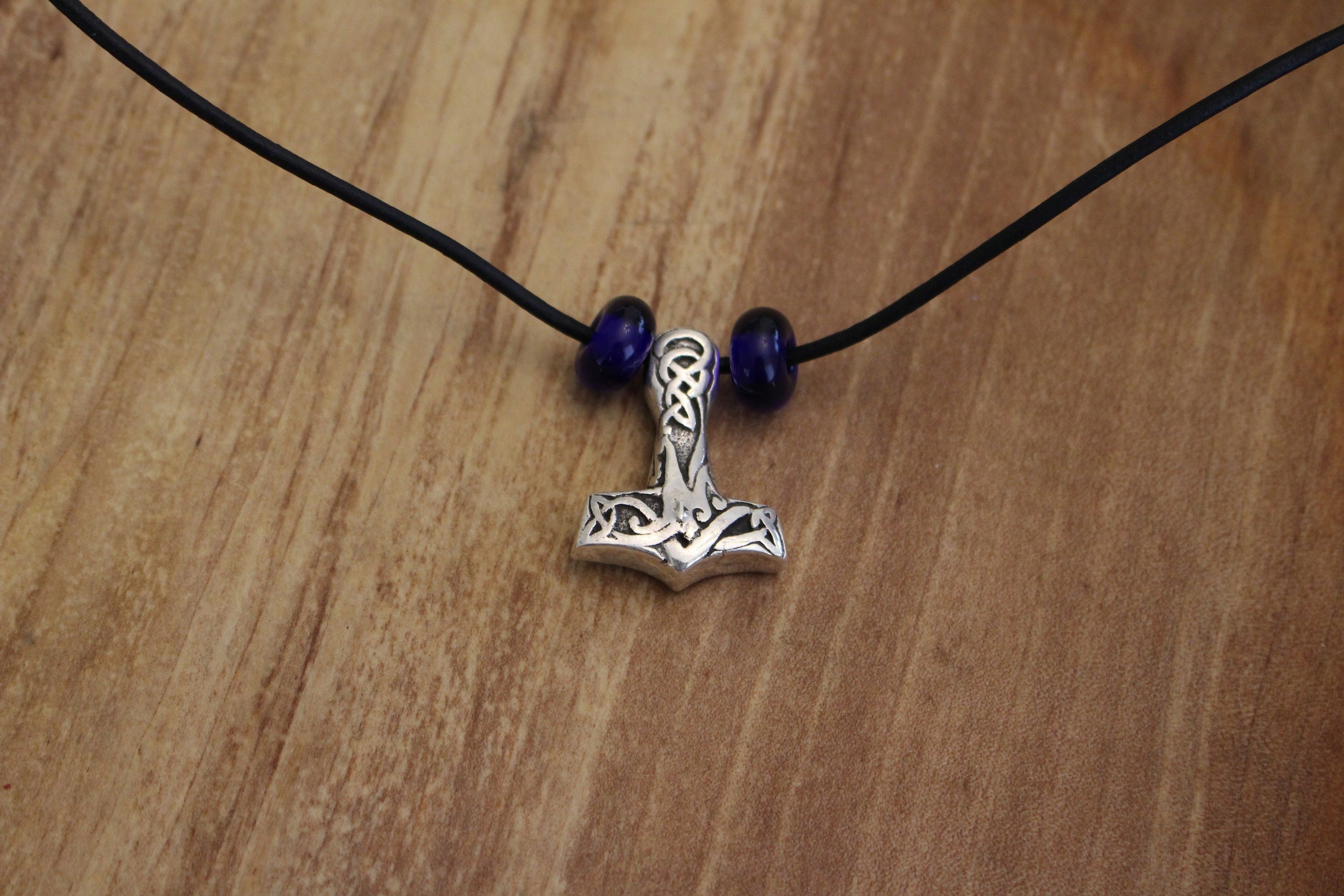 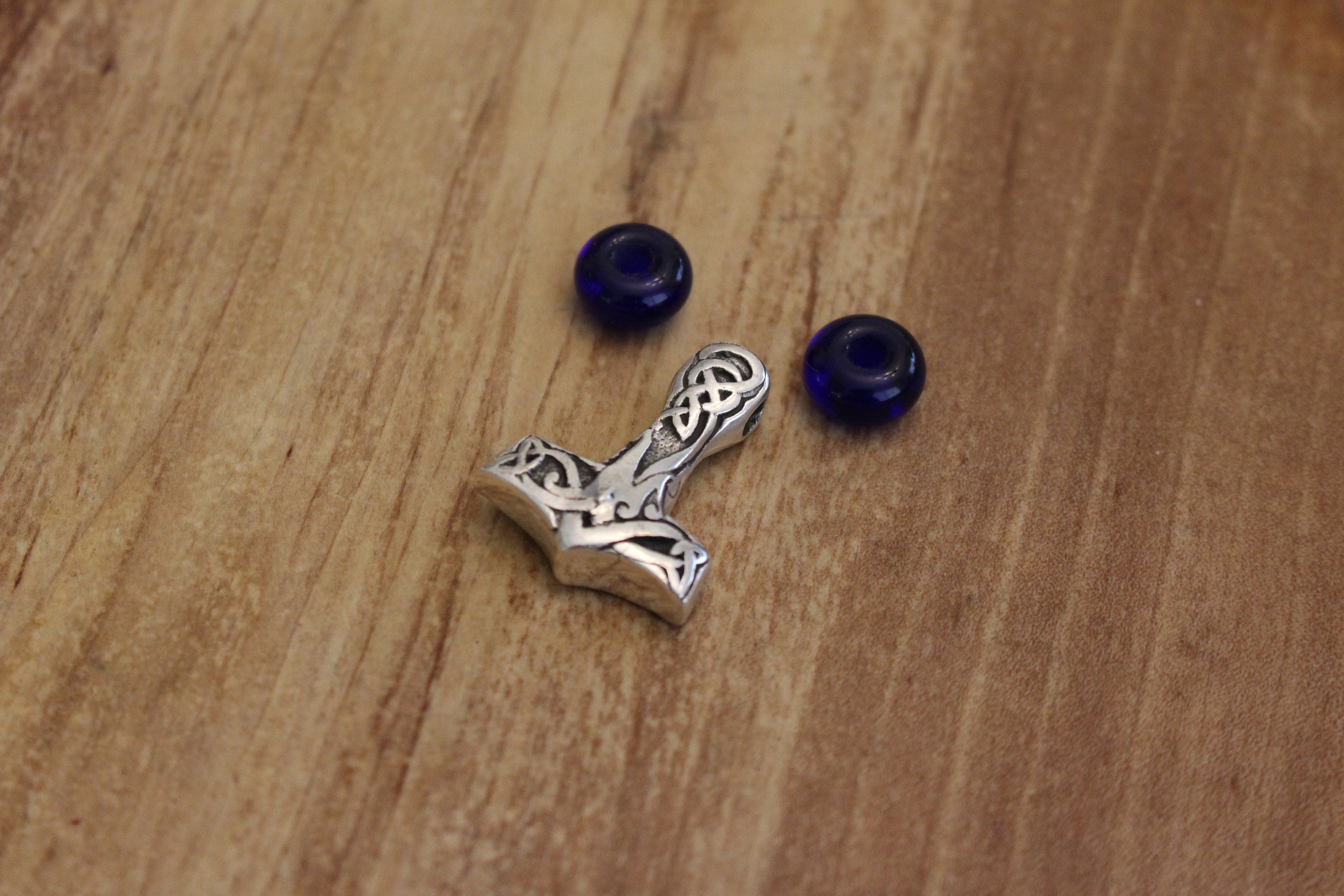 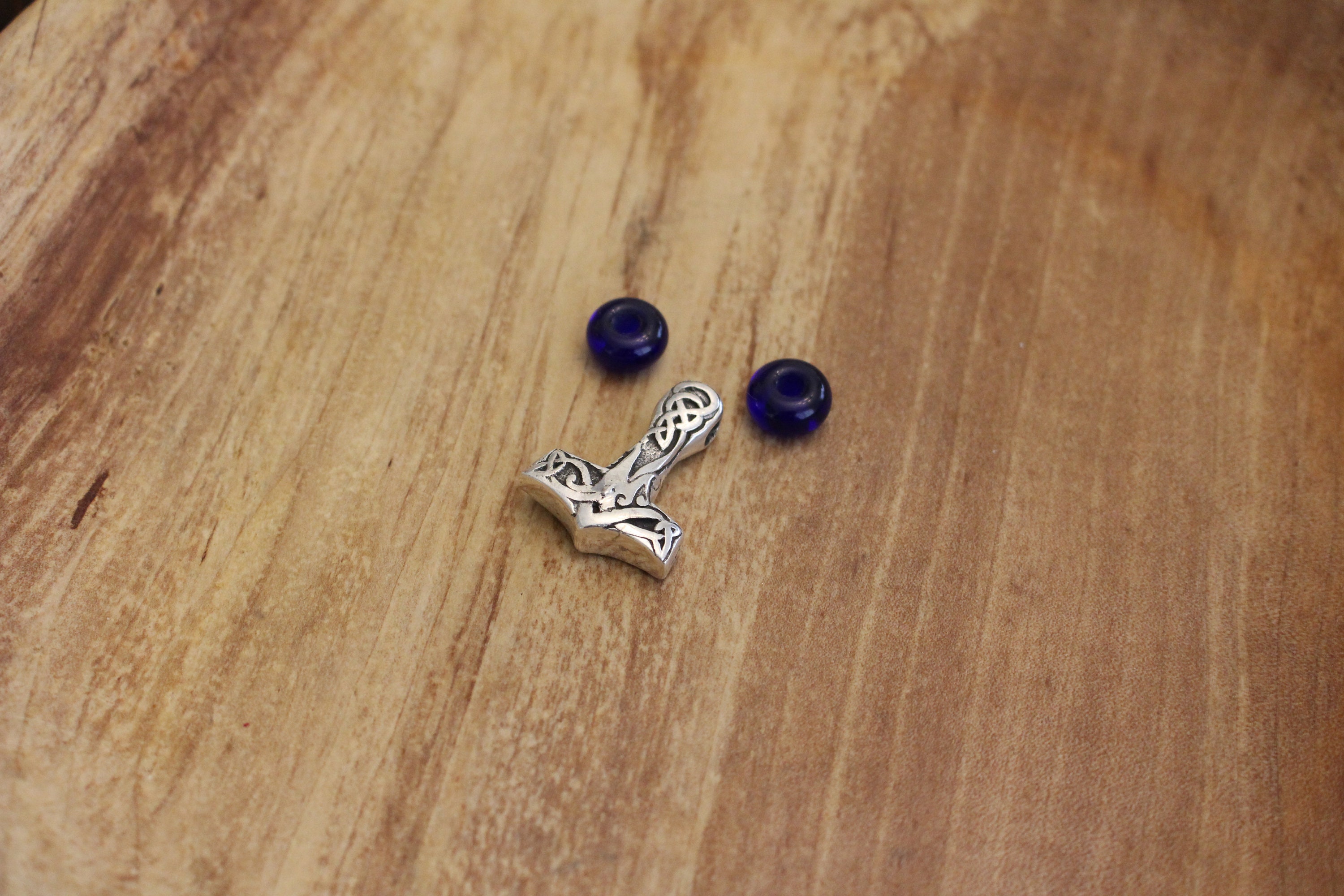 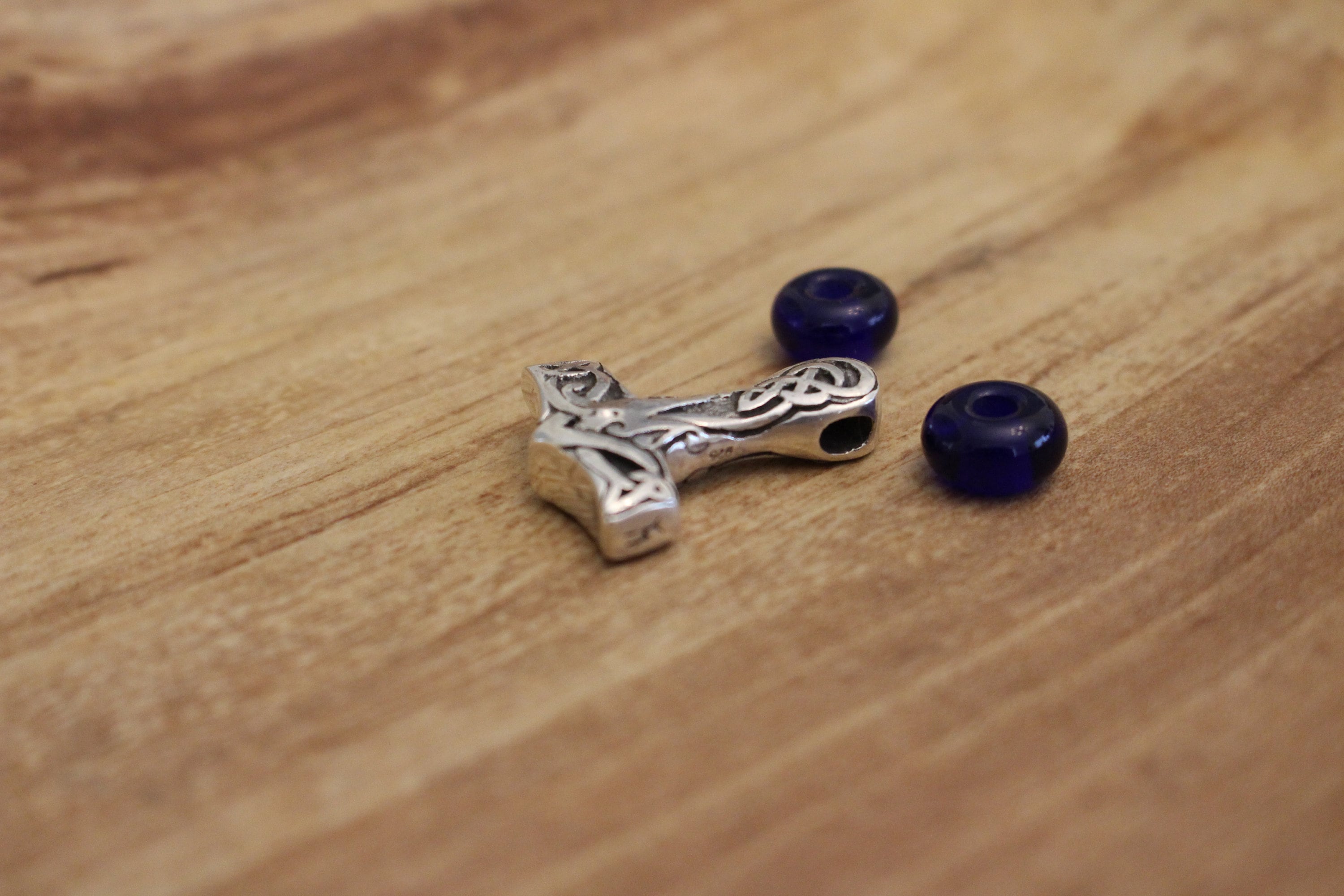 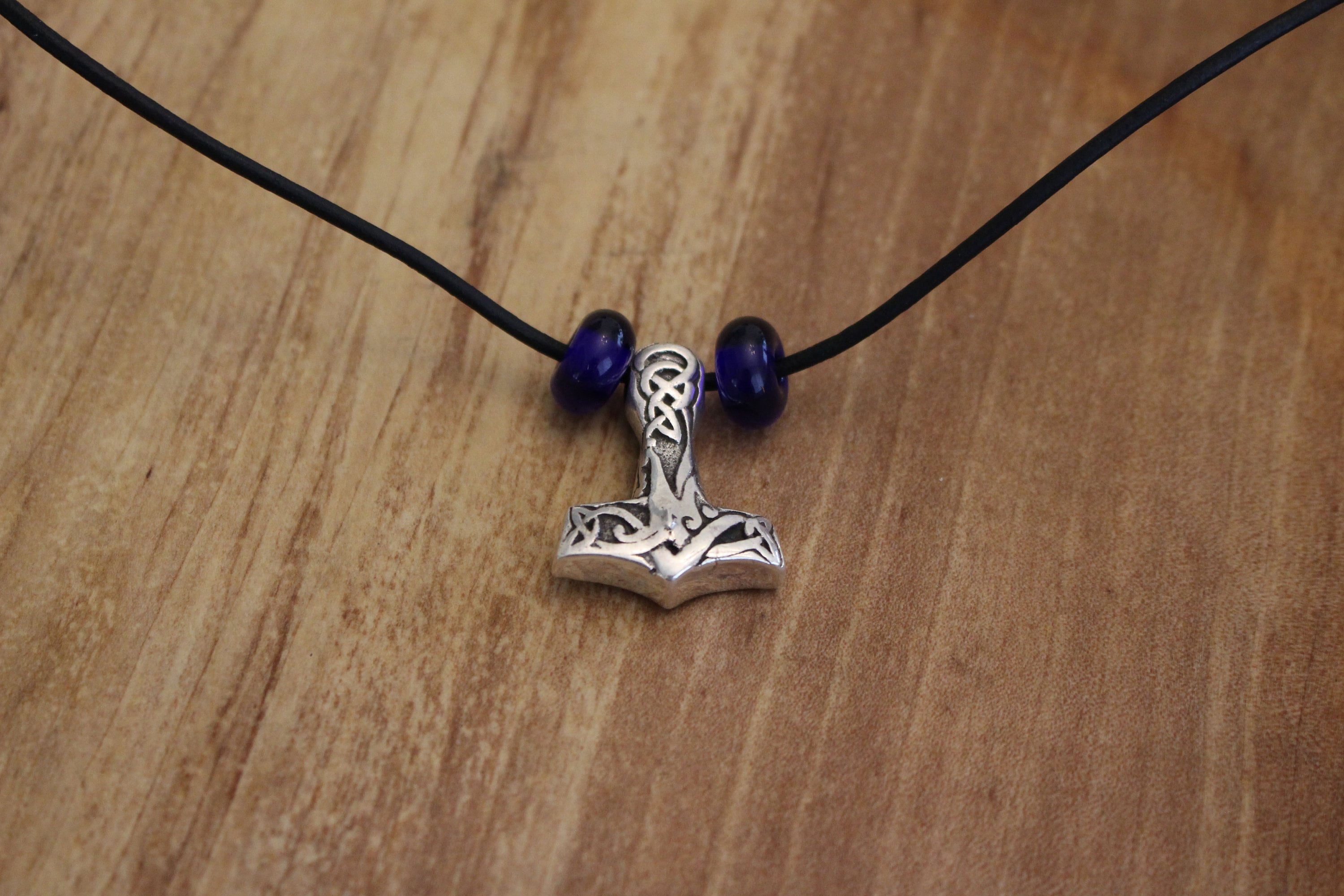 One of the most striking designs of the Viking Age are the Urnes style dragons, most famously known from carvings in the stave churches of Norway.

This solid sterling silver Mjölnir (Thor’s hammer) comes with a leather cord and you can opt to further embellish it with handcrafted glass beads, which are based on Norwegian Iron Age archaeological finds.

Please feel free to message me if you have any further questions!

This piece was made in affiliation with Viking Kristall.