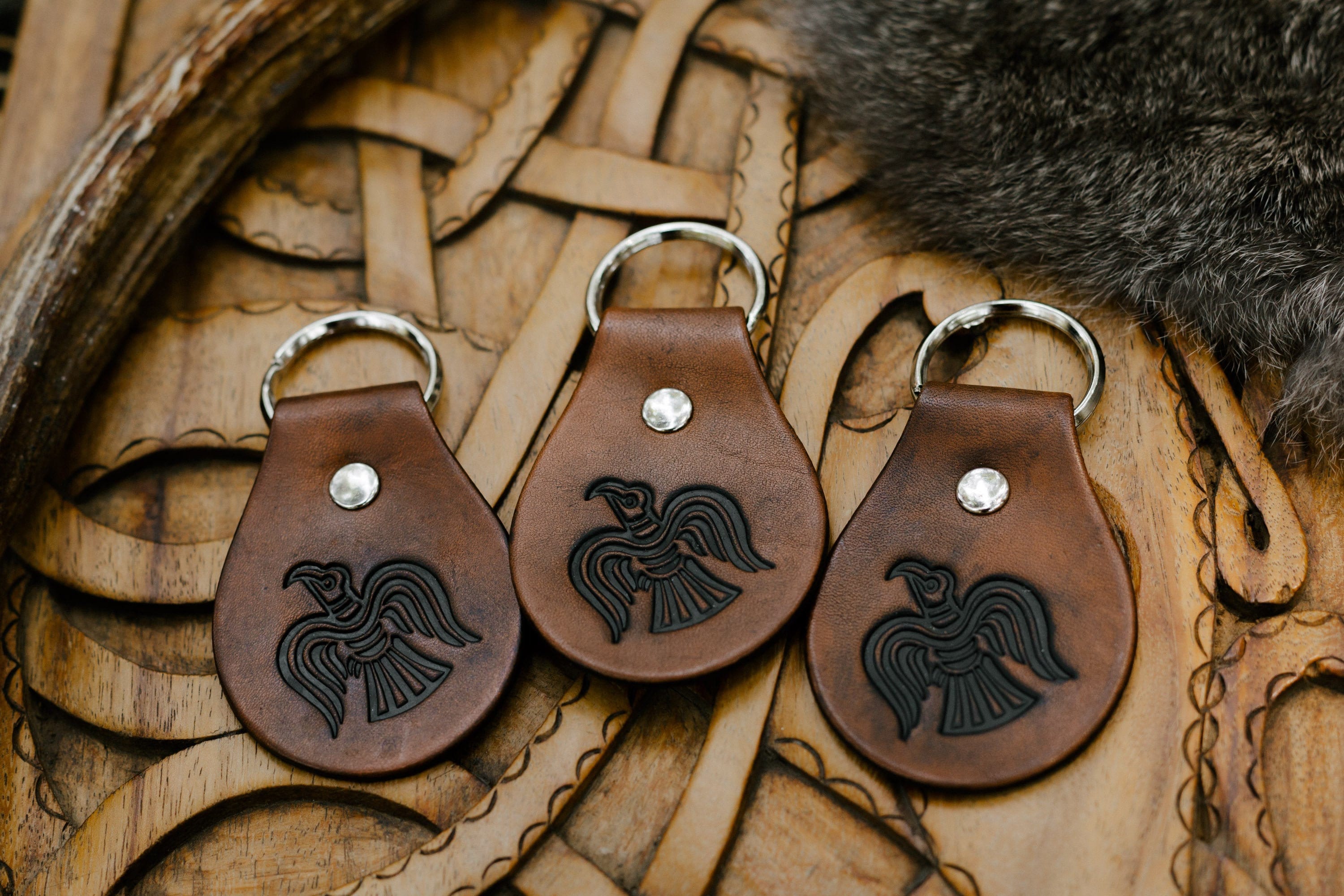 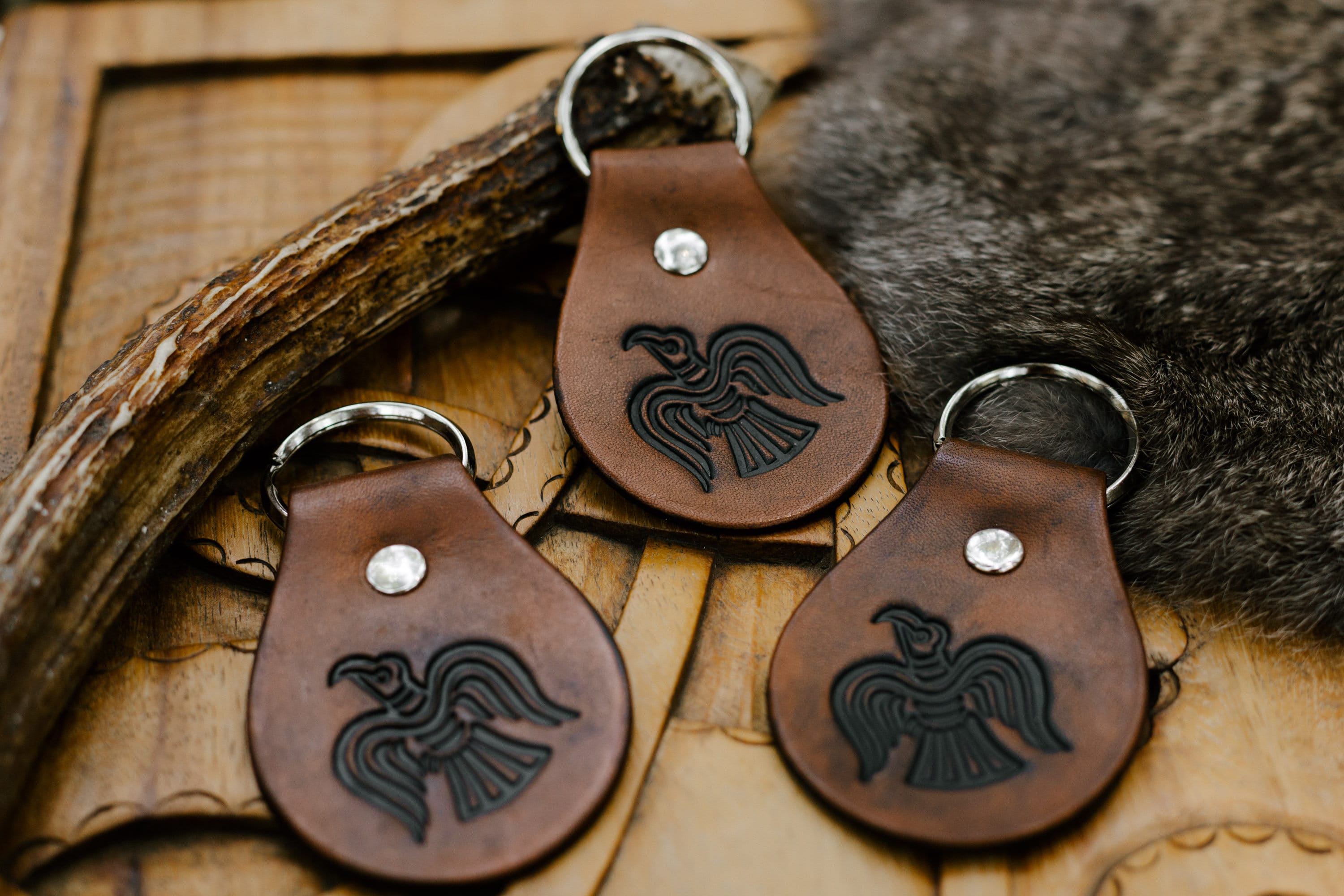 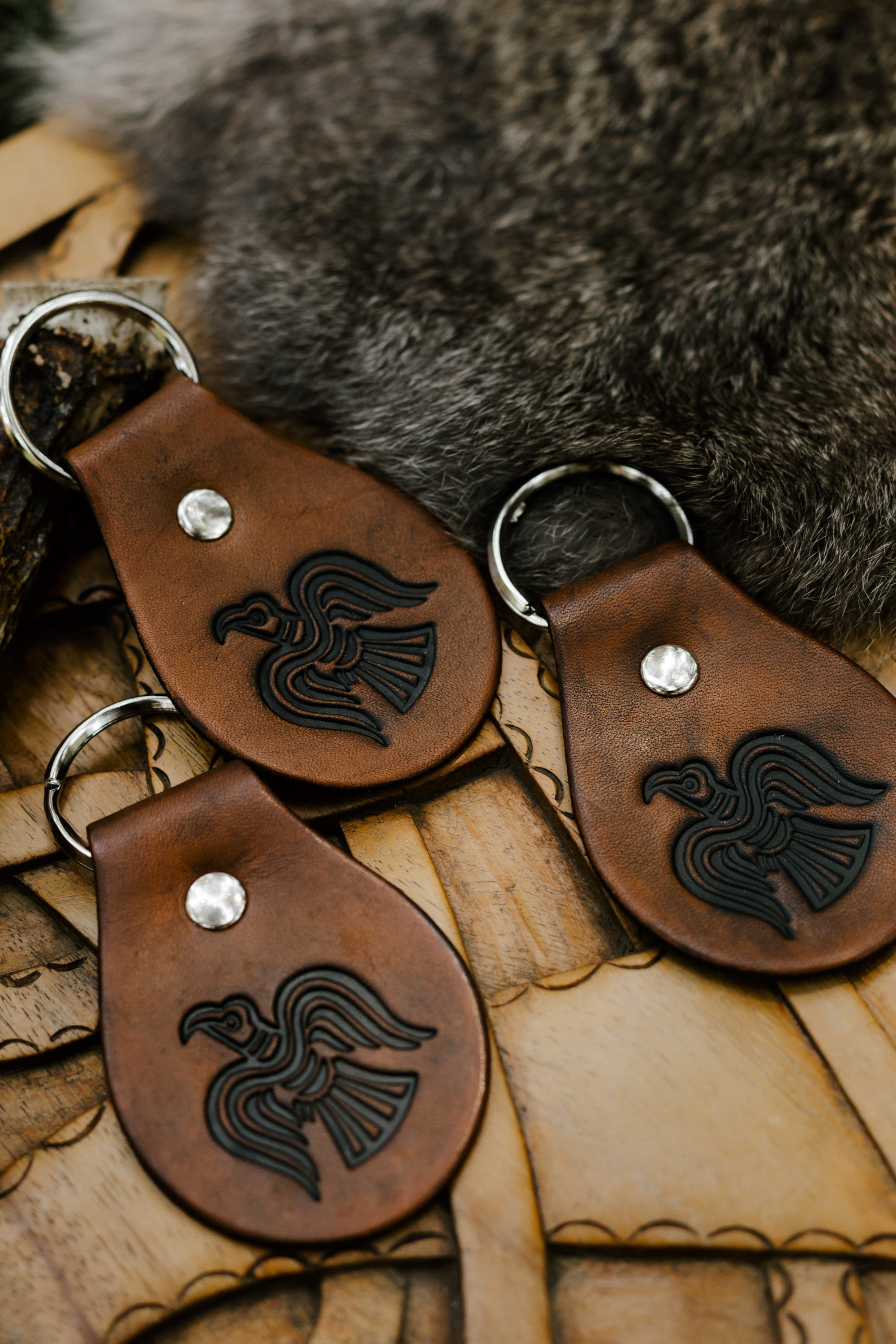 Norse Raven is a powerful symbol used by norse Chieftains in the 9th-11th centuries on flags.

We offer this keychain in your choice of three colors (antique) Black, Brown or Mahogany.

Bought for my husbands motorcycle keys. He couldn't be happier with it!

Shipping was SO fast

The keychain is just as pictured and seems like really good quality. Plus it shipped super fast!