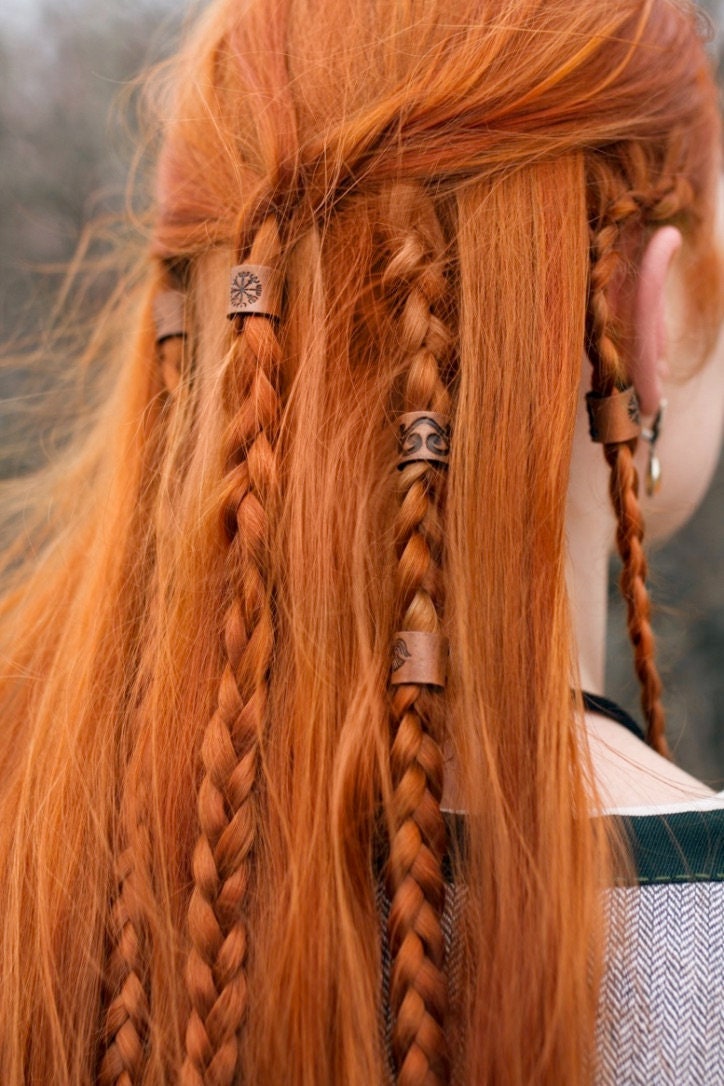 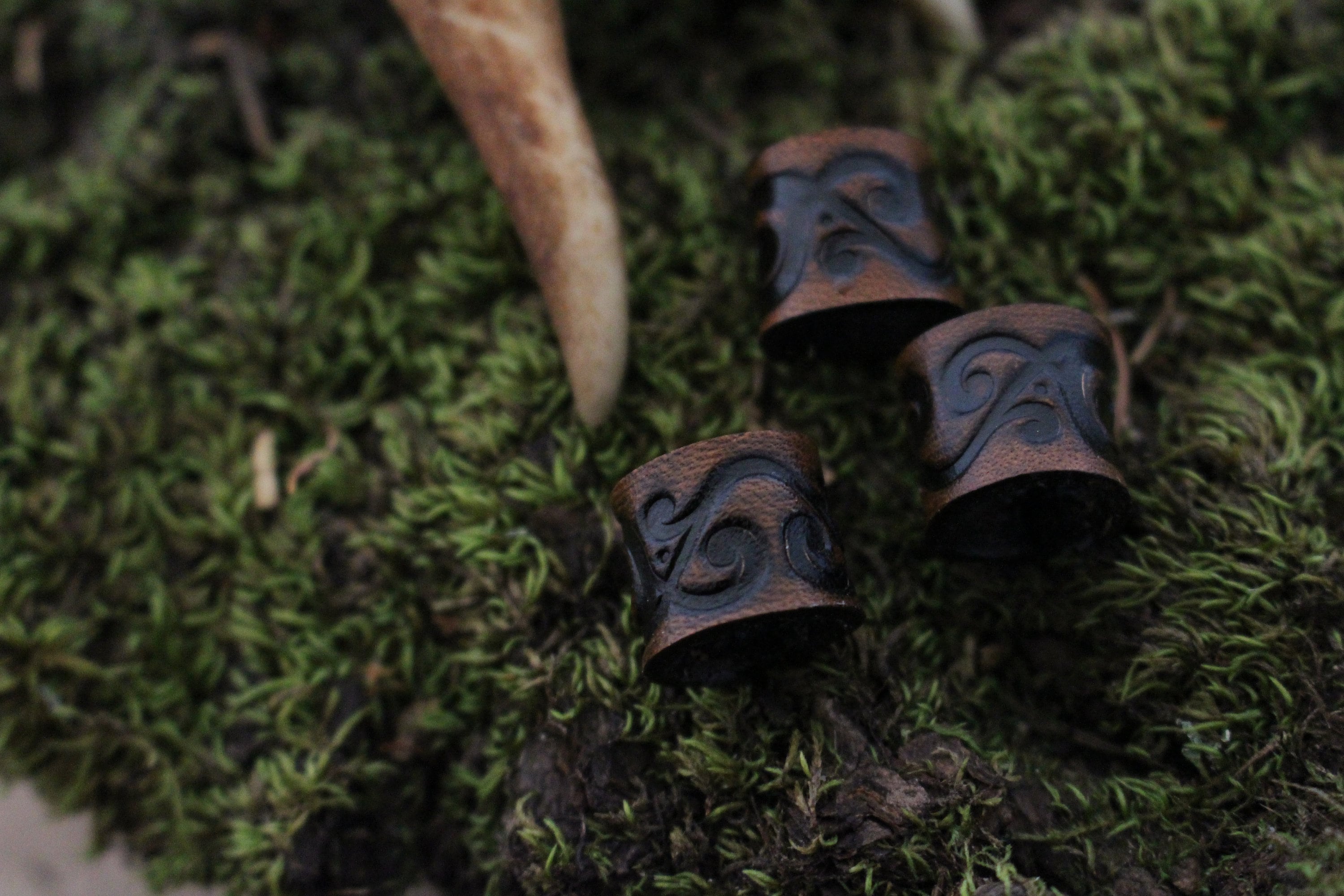 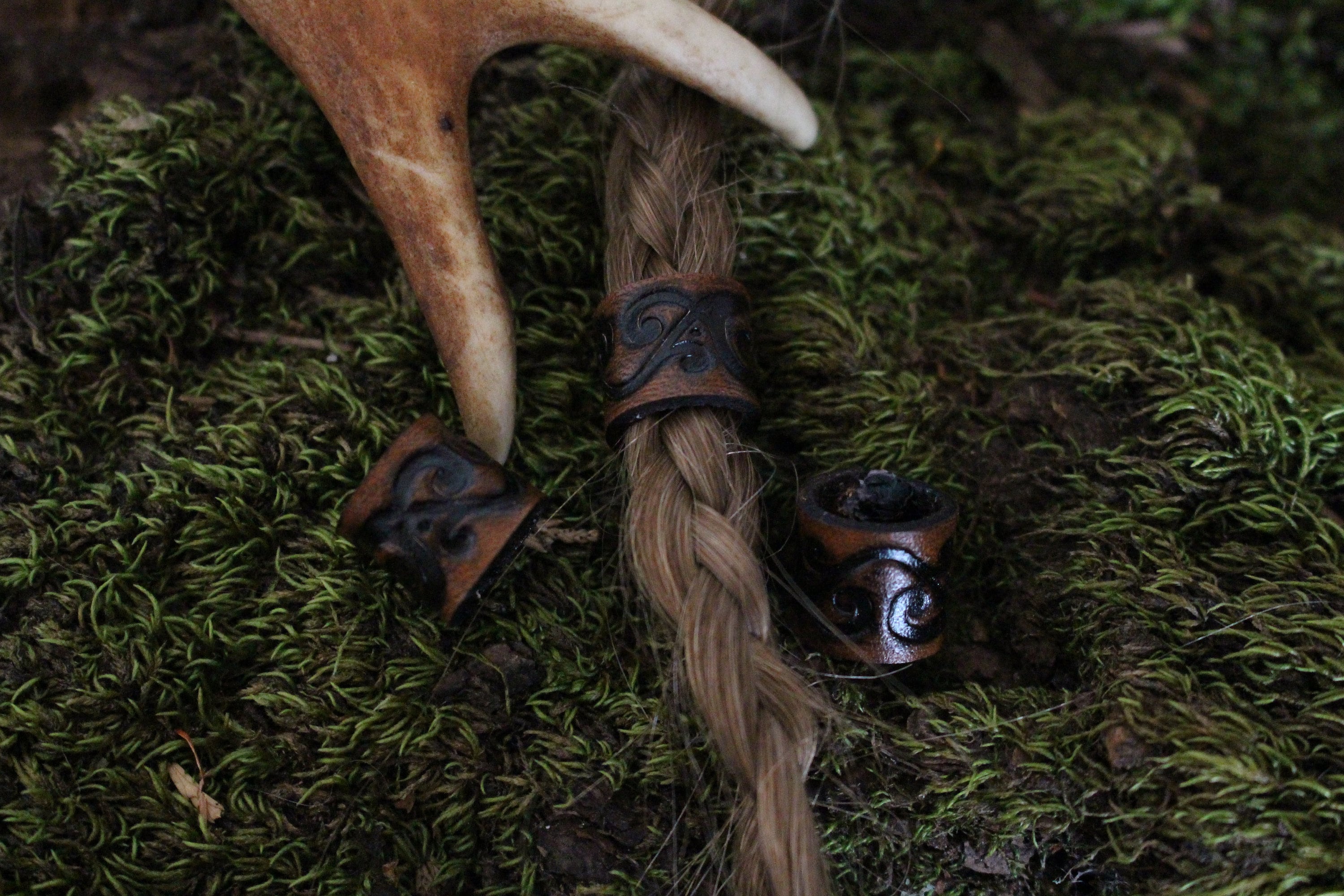 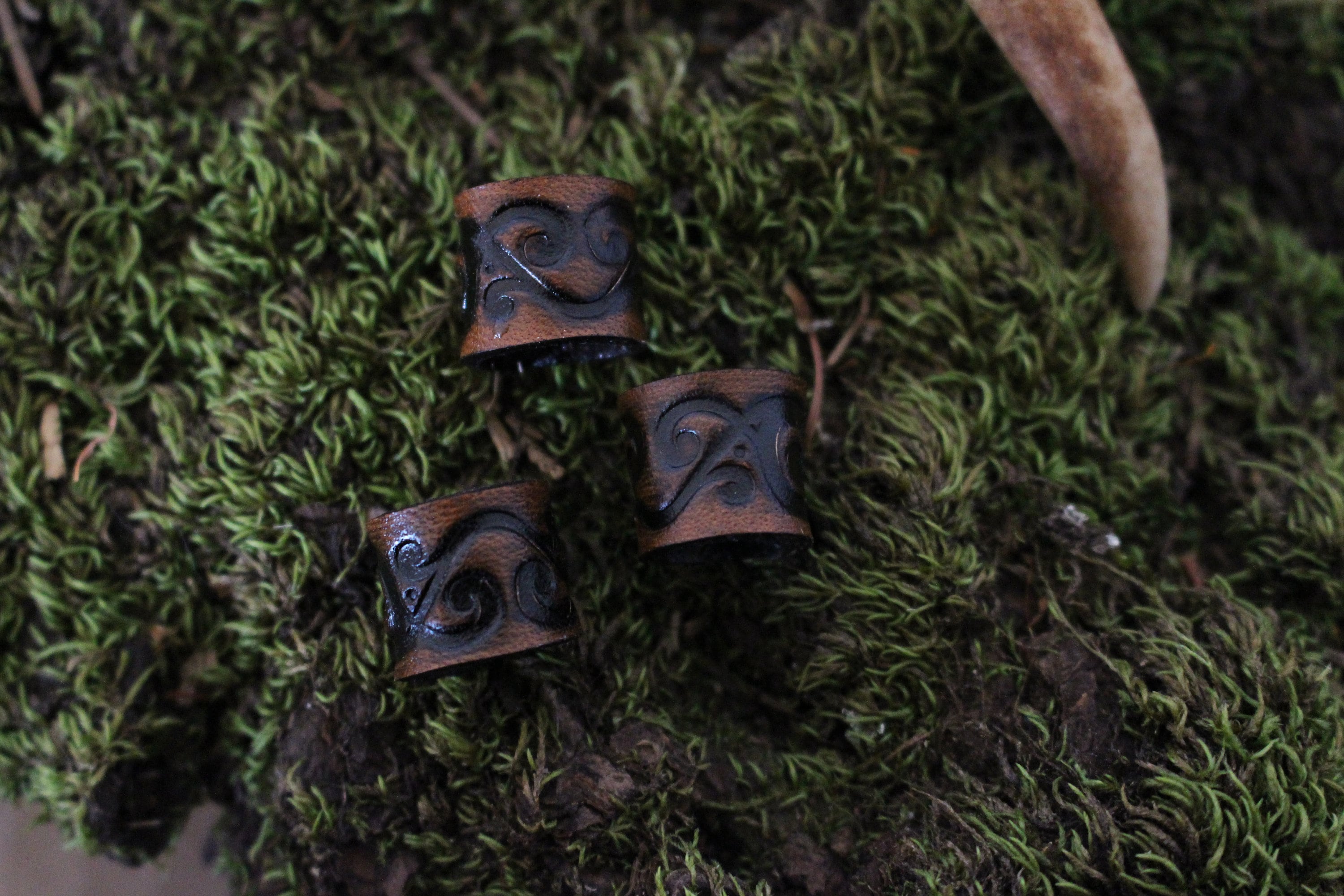 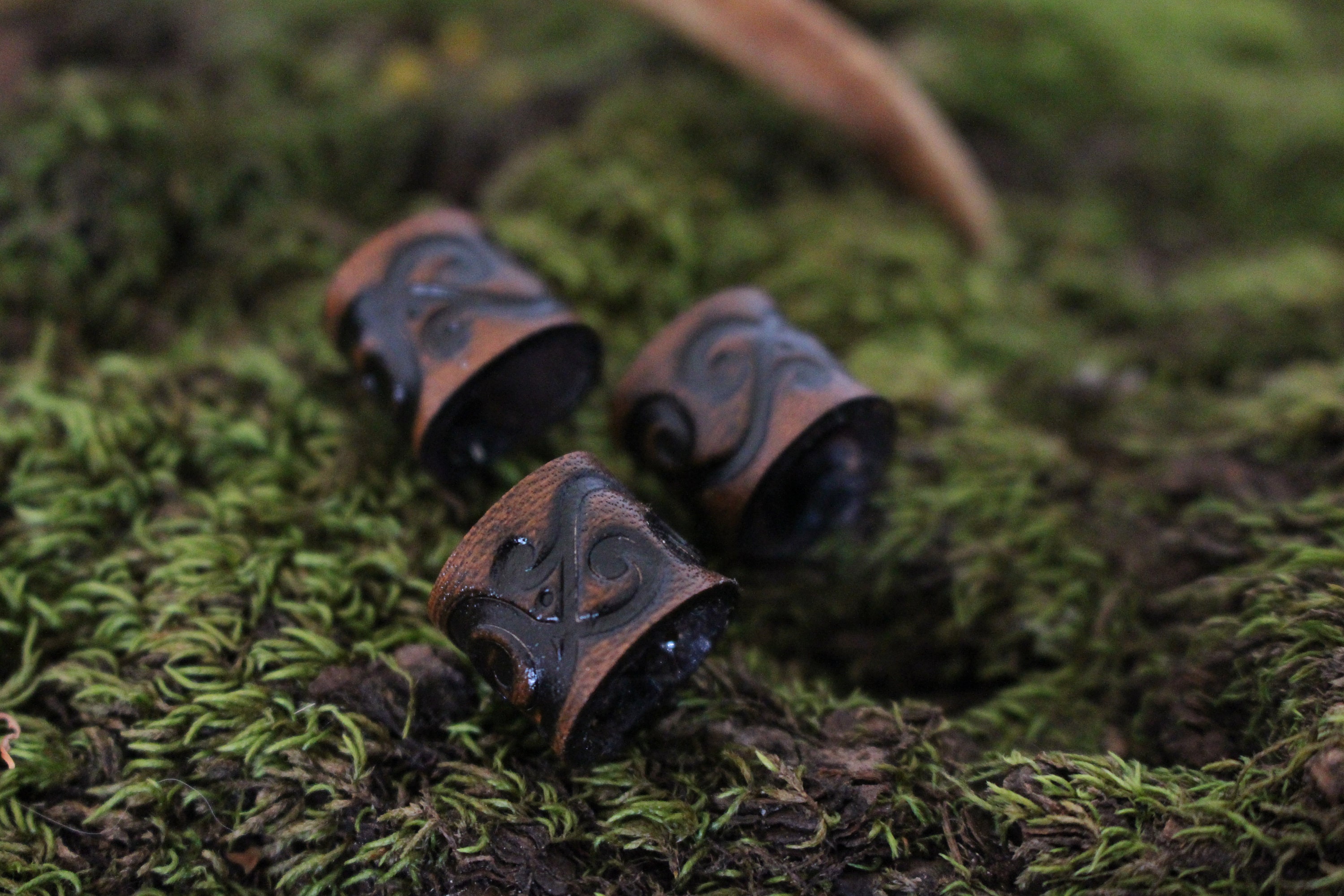 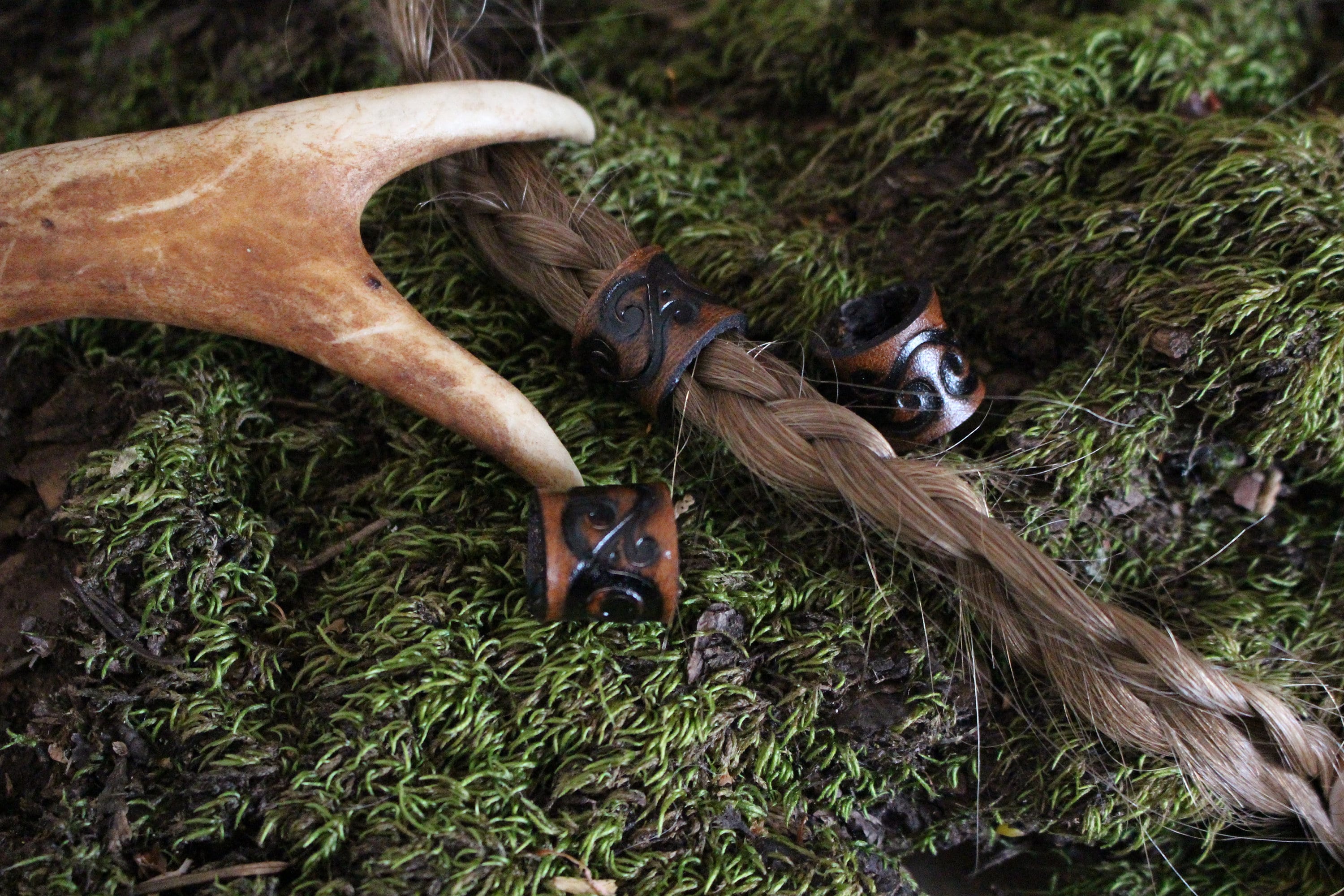 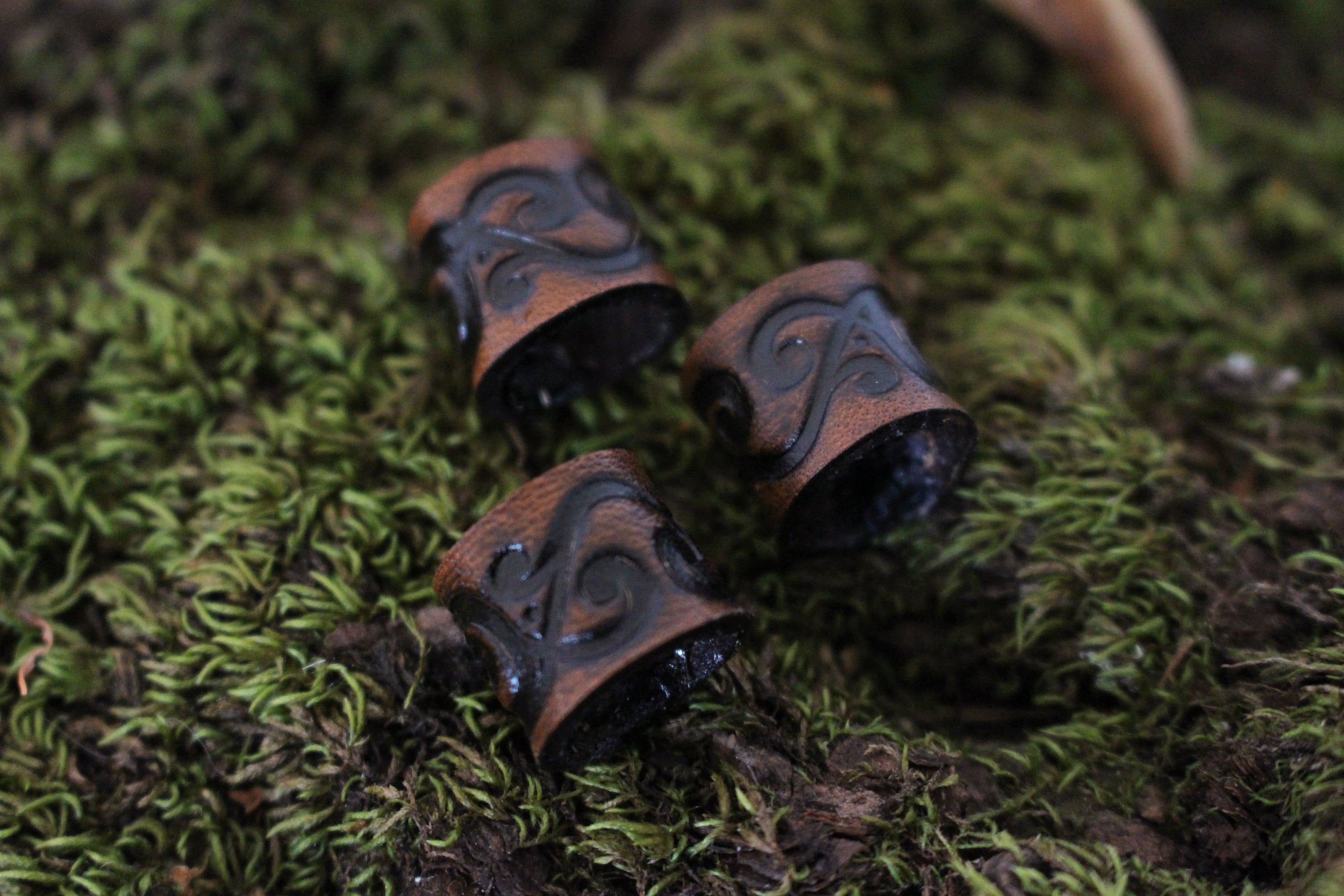 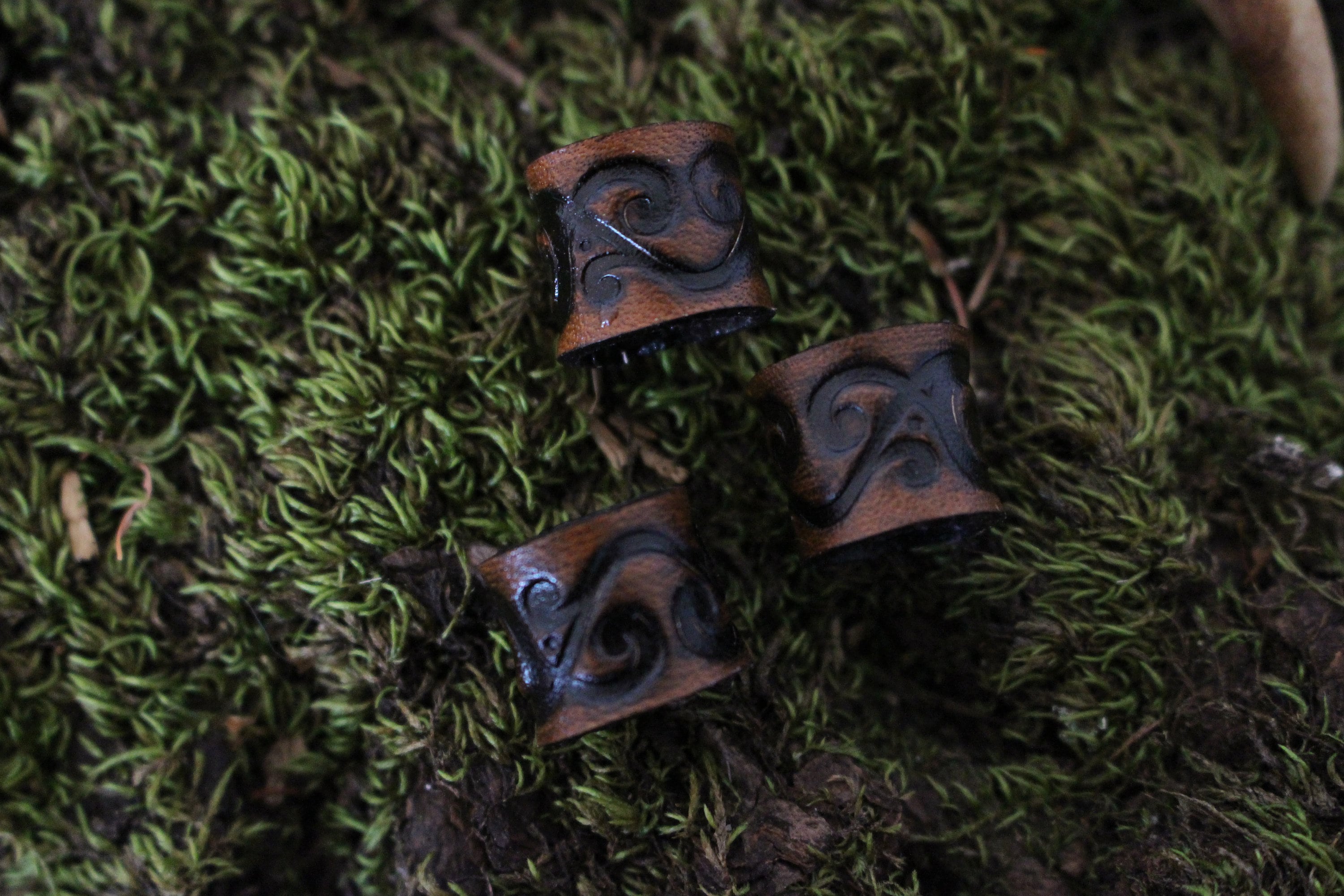 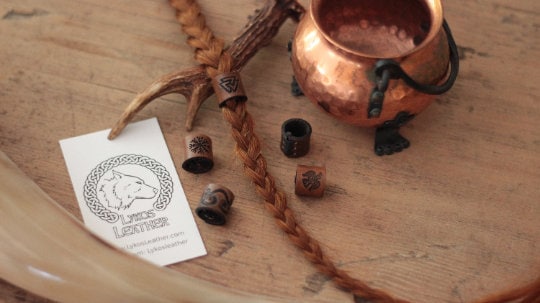 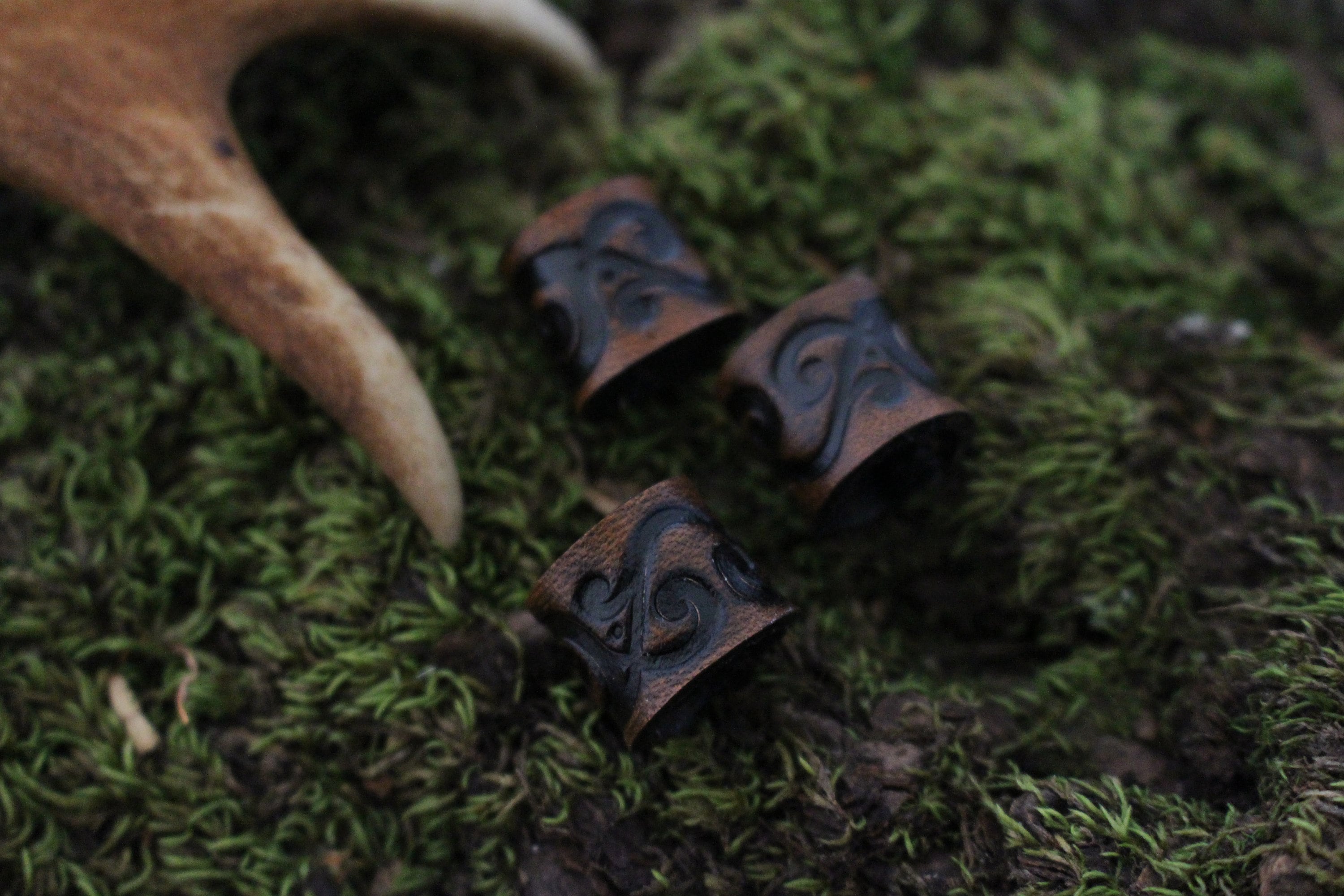 These unique little viking hair/beard beads have been hand crafted and designed in house, every beard/hair bead is hand cut, tooled, dyed, sealed and hand sewn.

Featuring a hand stamped Yggdrasil design. This powerful symbol is far less known due to its discreet origin which can be found on the Skåne Mjolnir pendant commonly thought to originate from Sweden. These swirls are pretty unique compared to other designs during this time period and is said to be the roots/branches of the world tree Yggdrasil.

These beads are currently only available in Brown leather and have an average internal dimension of 12mm or just under a 1/2 an inch.

Price is for one bead, shipping will be combined when multiple are purchased to save you money.

These are nicely small; should look great in my brother’s braids. The pattern is clear, and they’re exactly as described. Thank you!

Got this leather bead for my boyfriend's beard. He loves it. It's great quality too. Highly recommend!