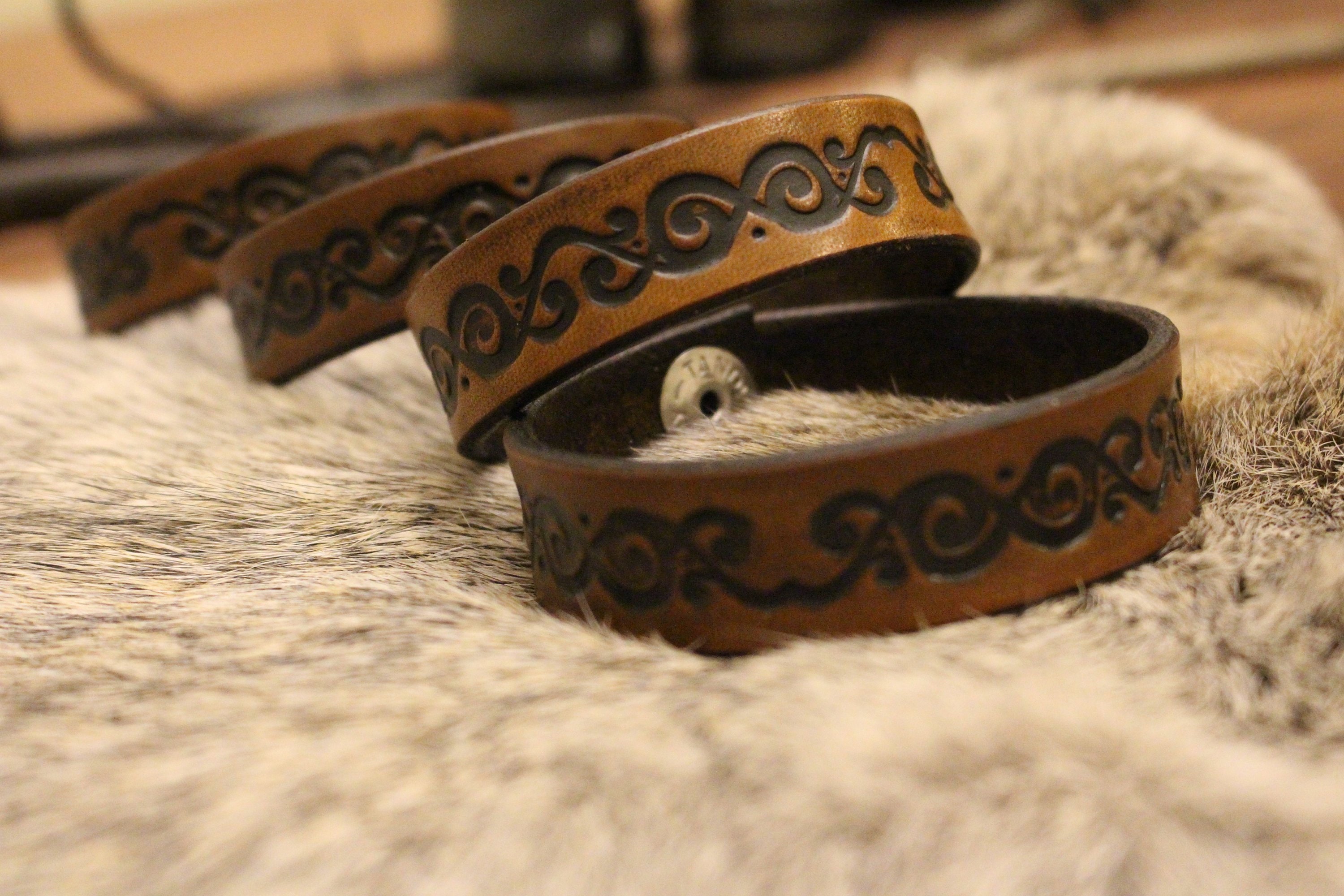 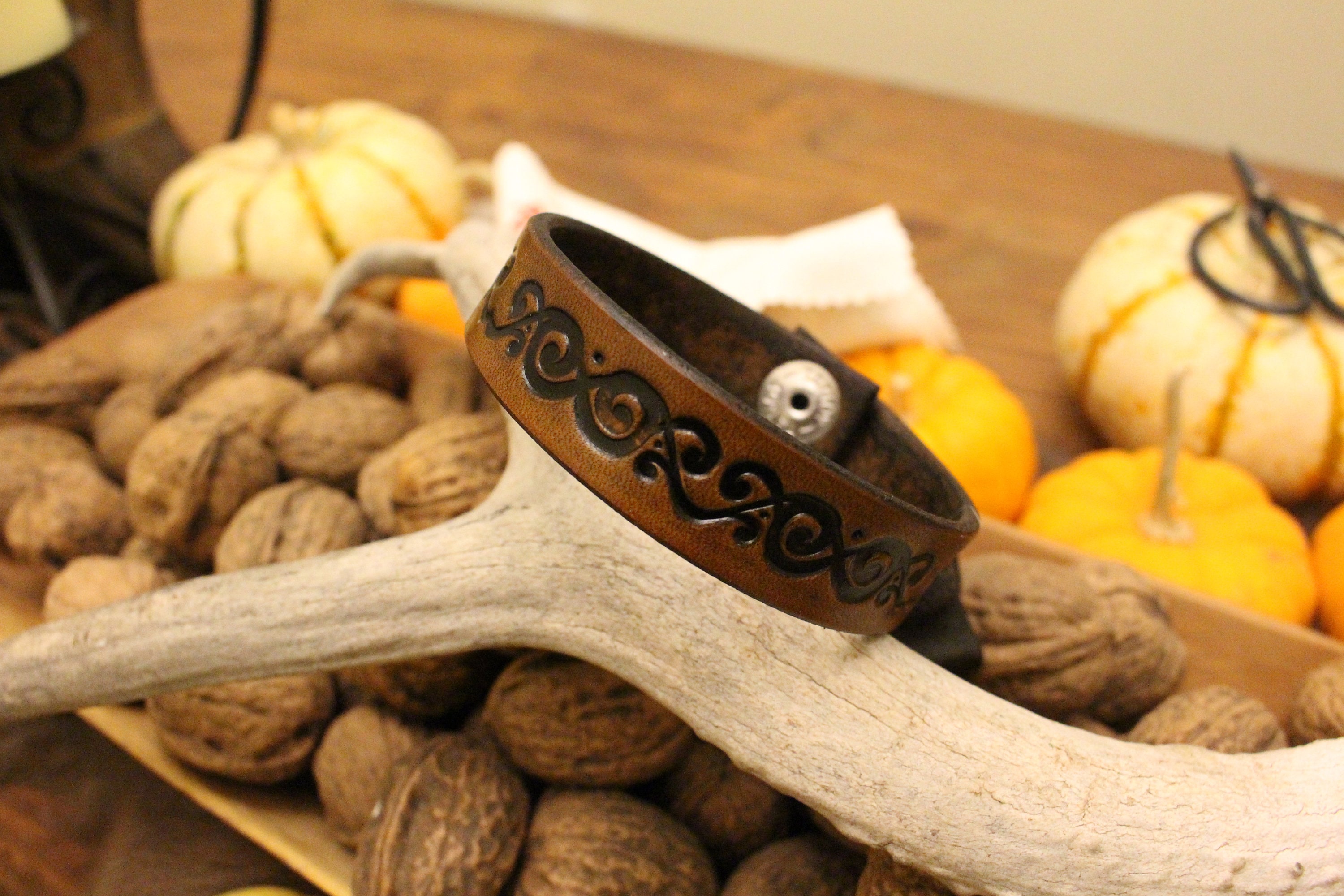 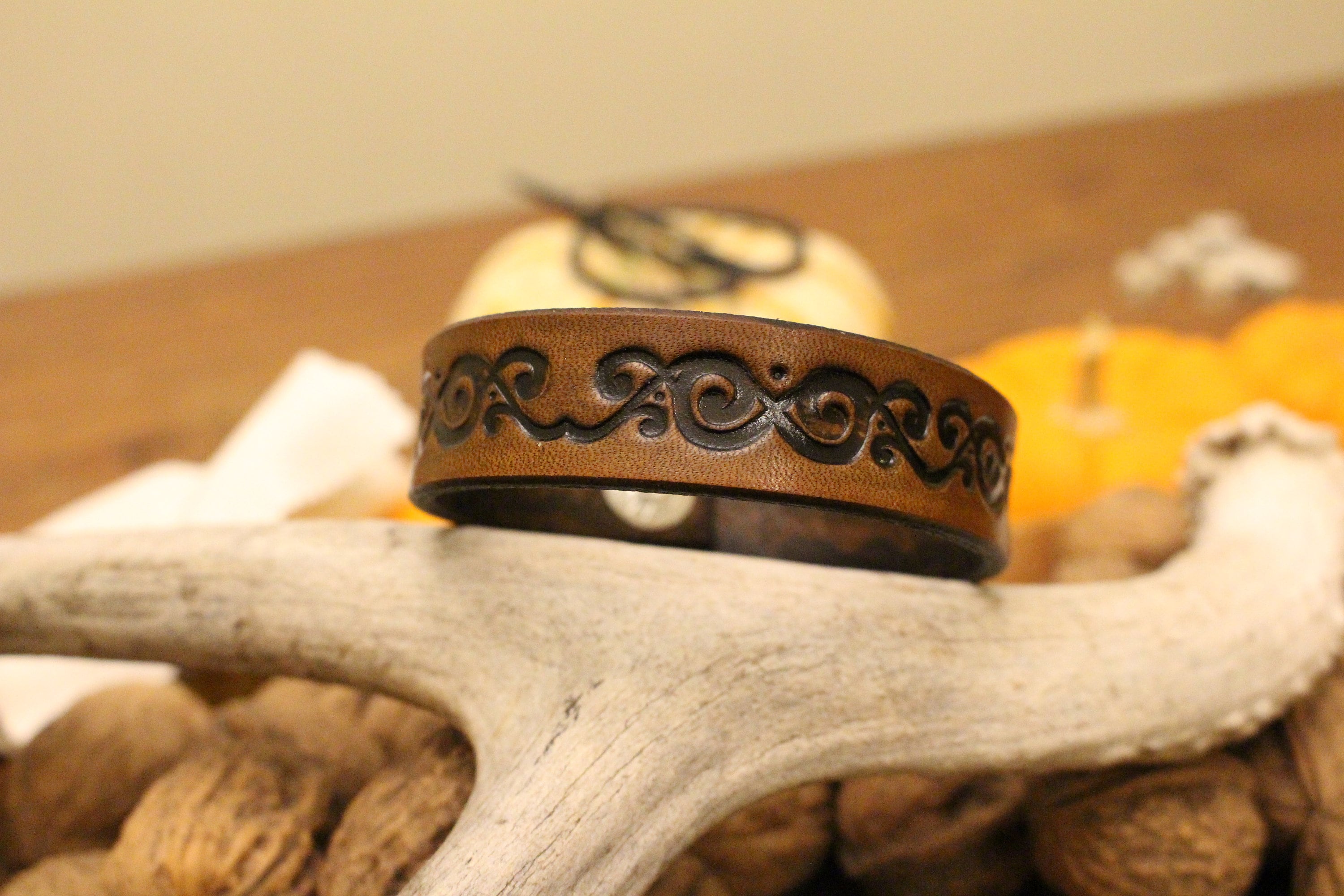 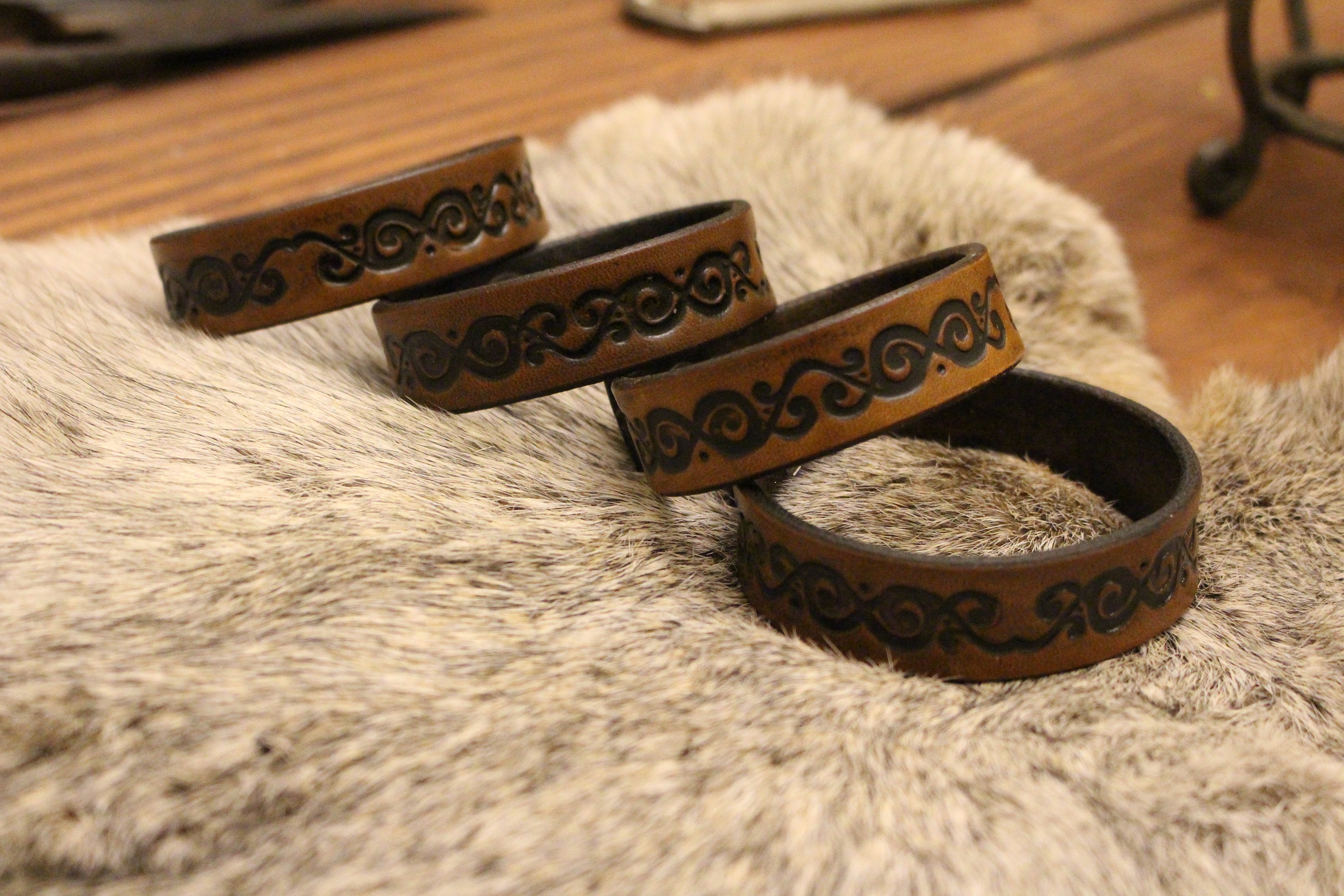 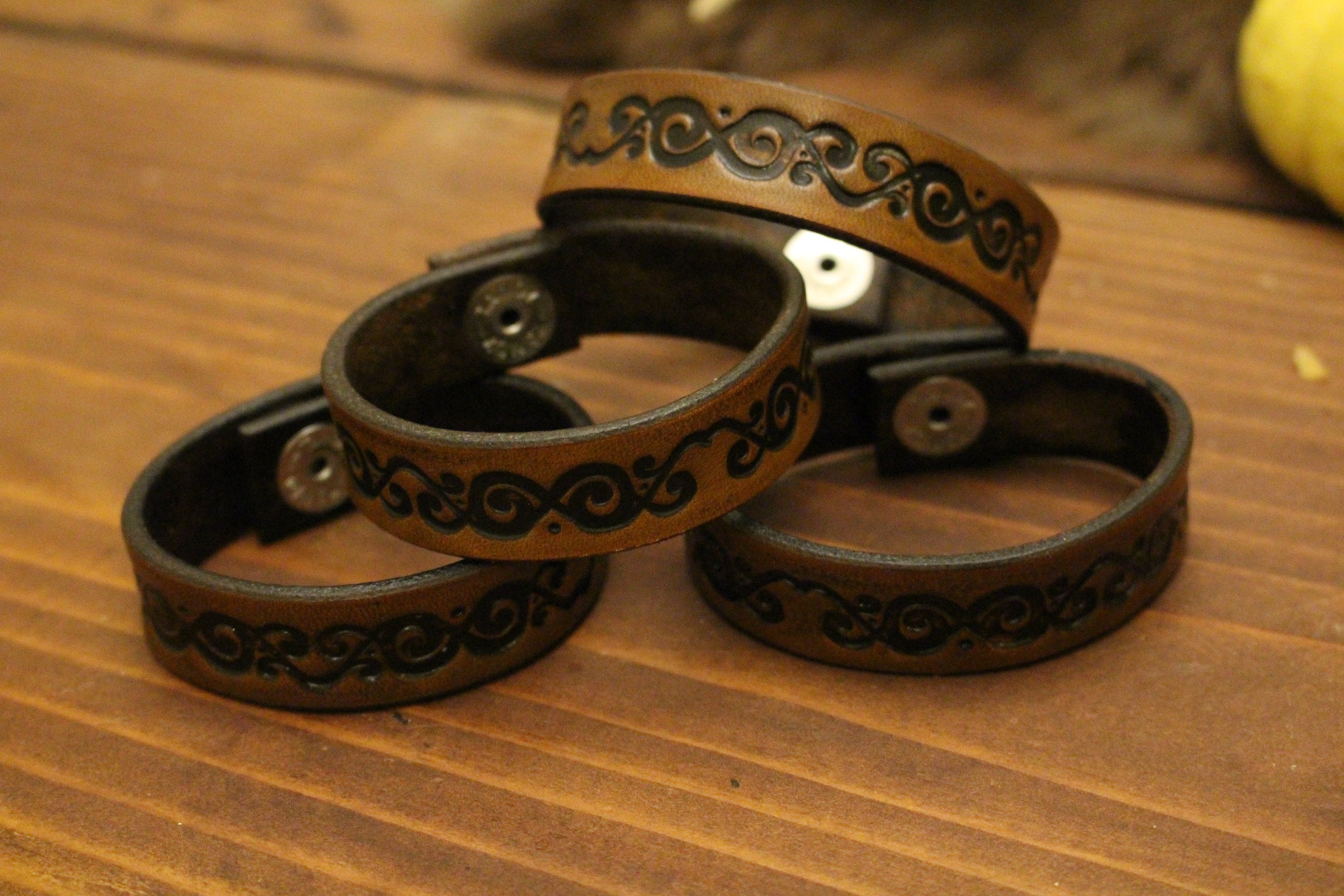 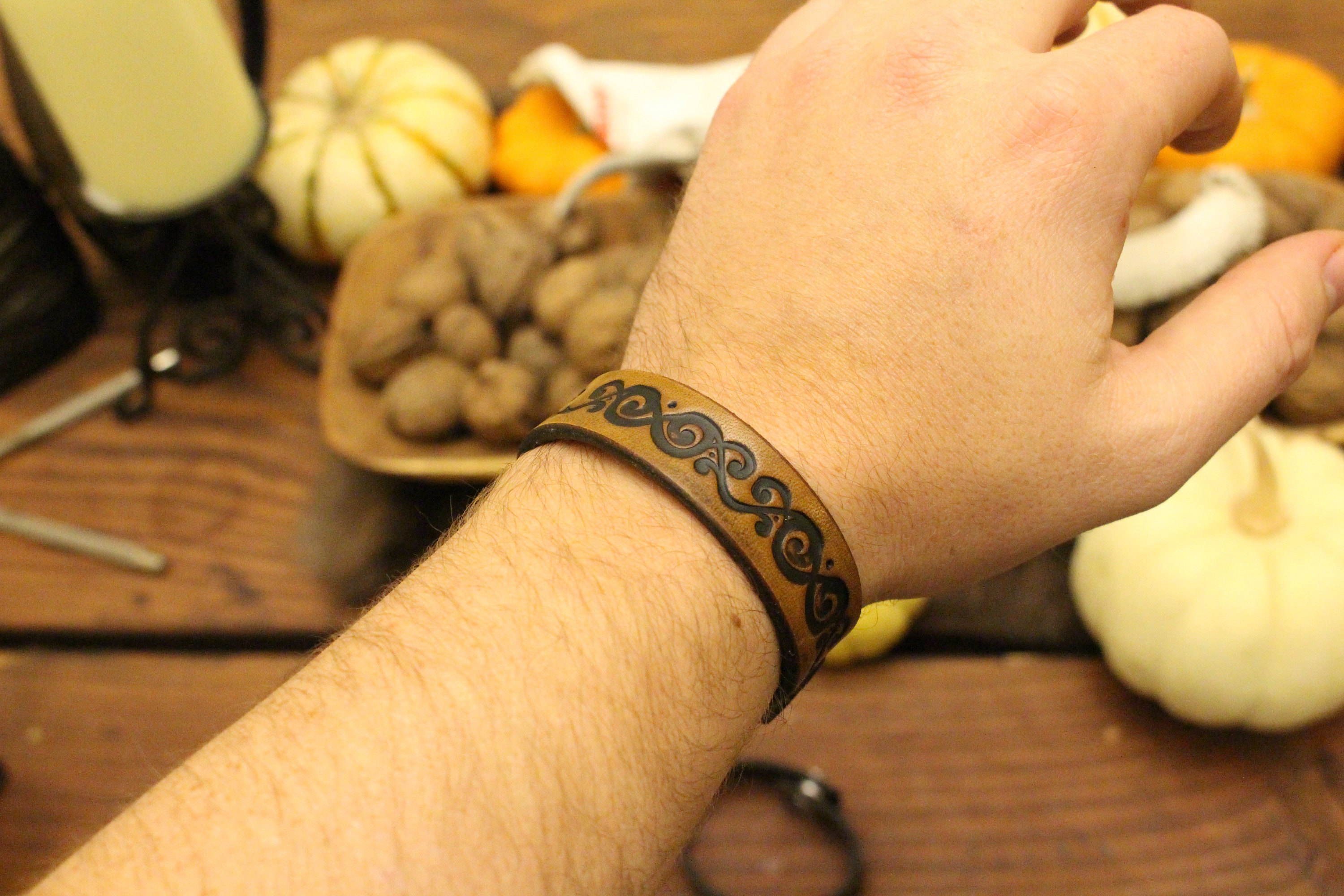 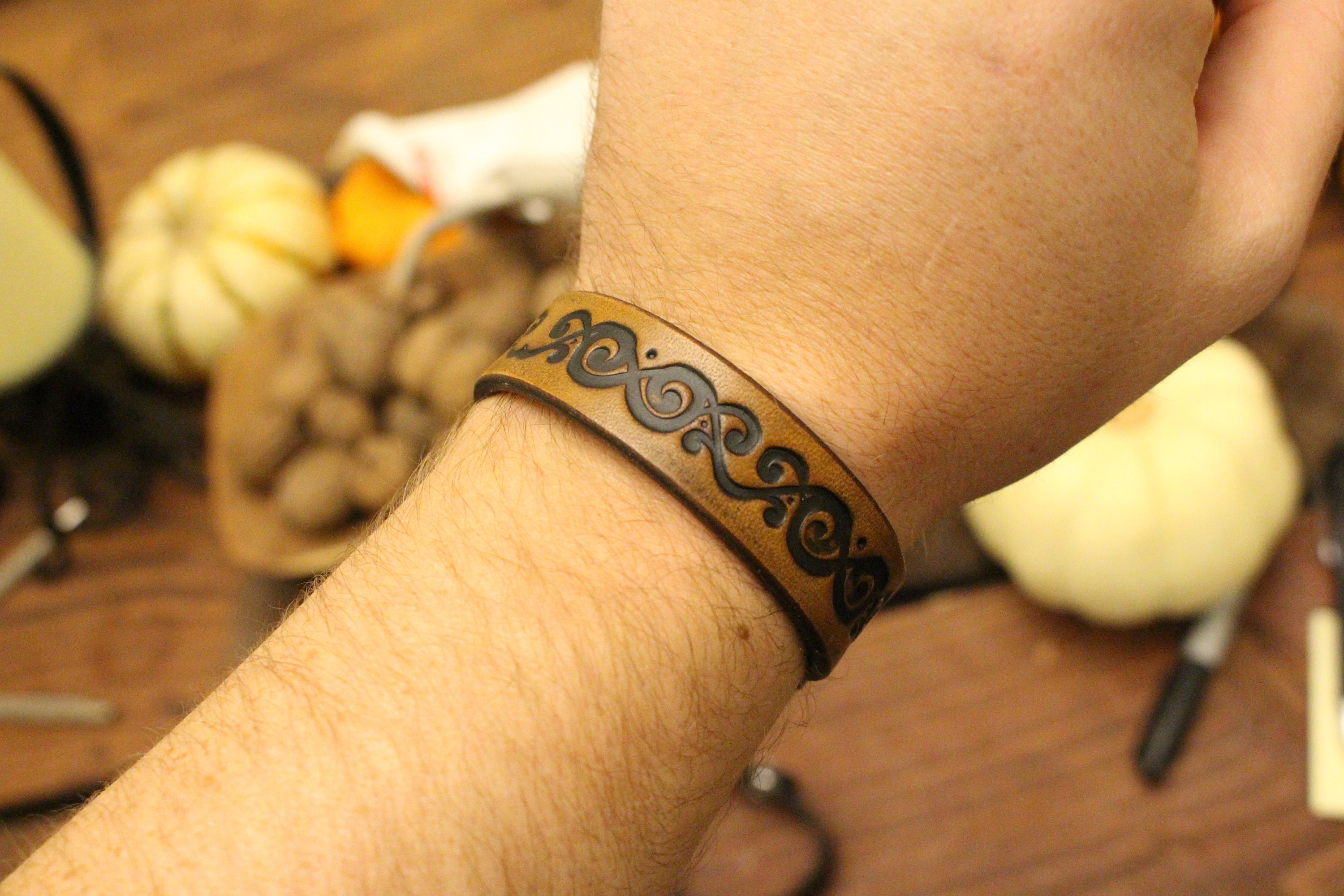 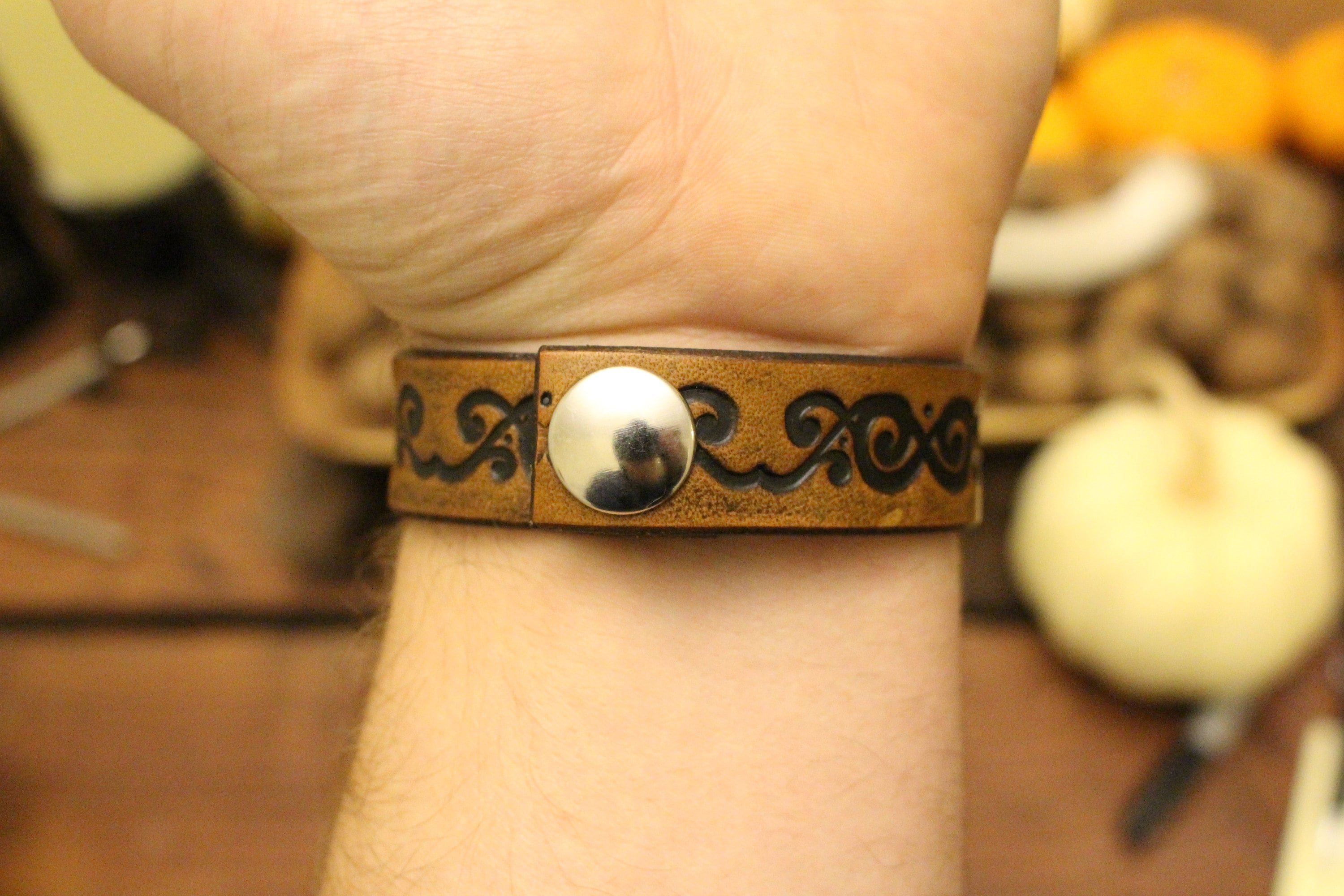 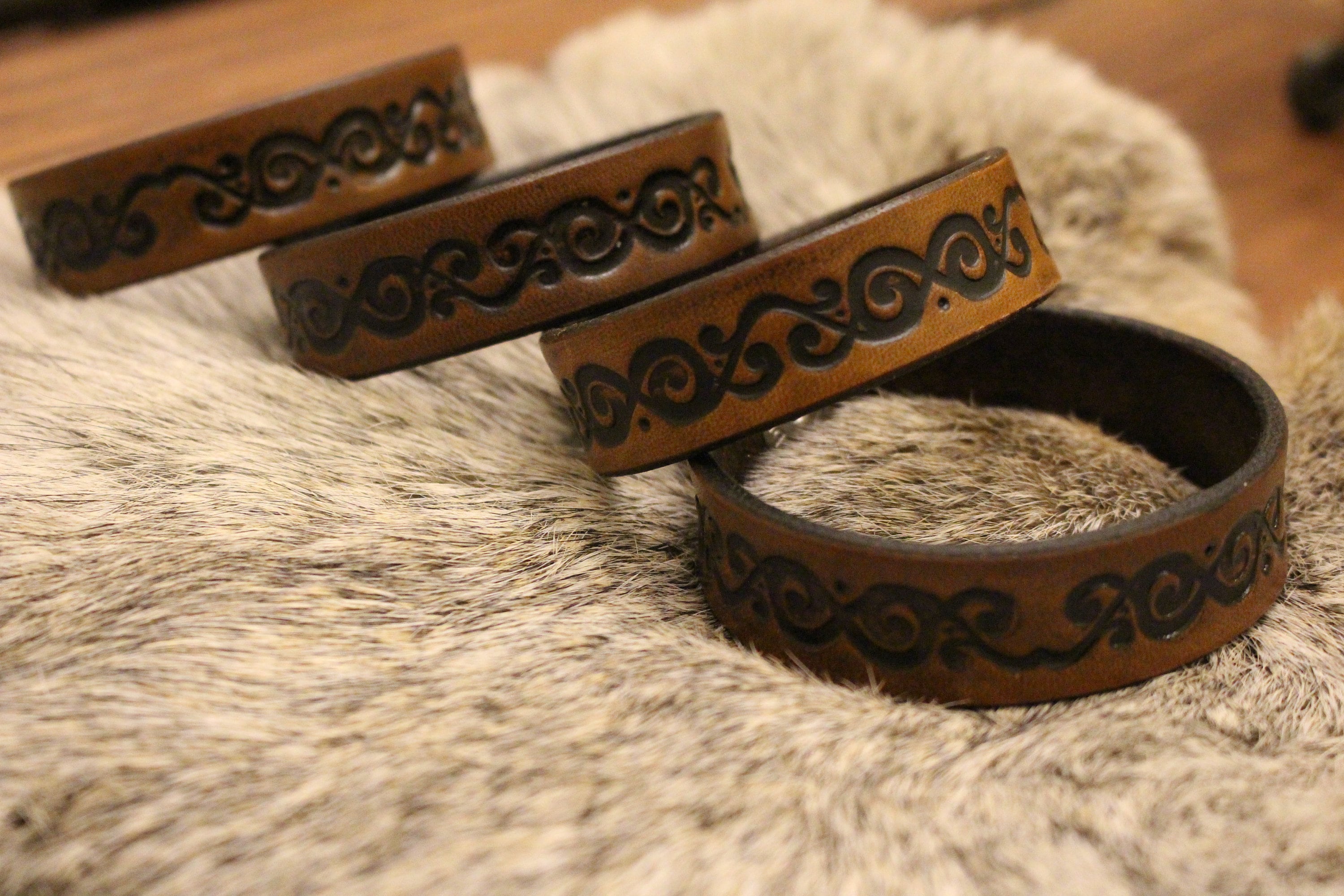 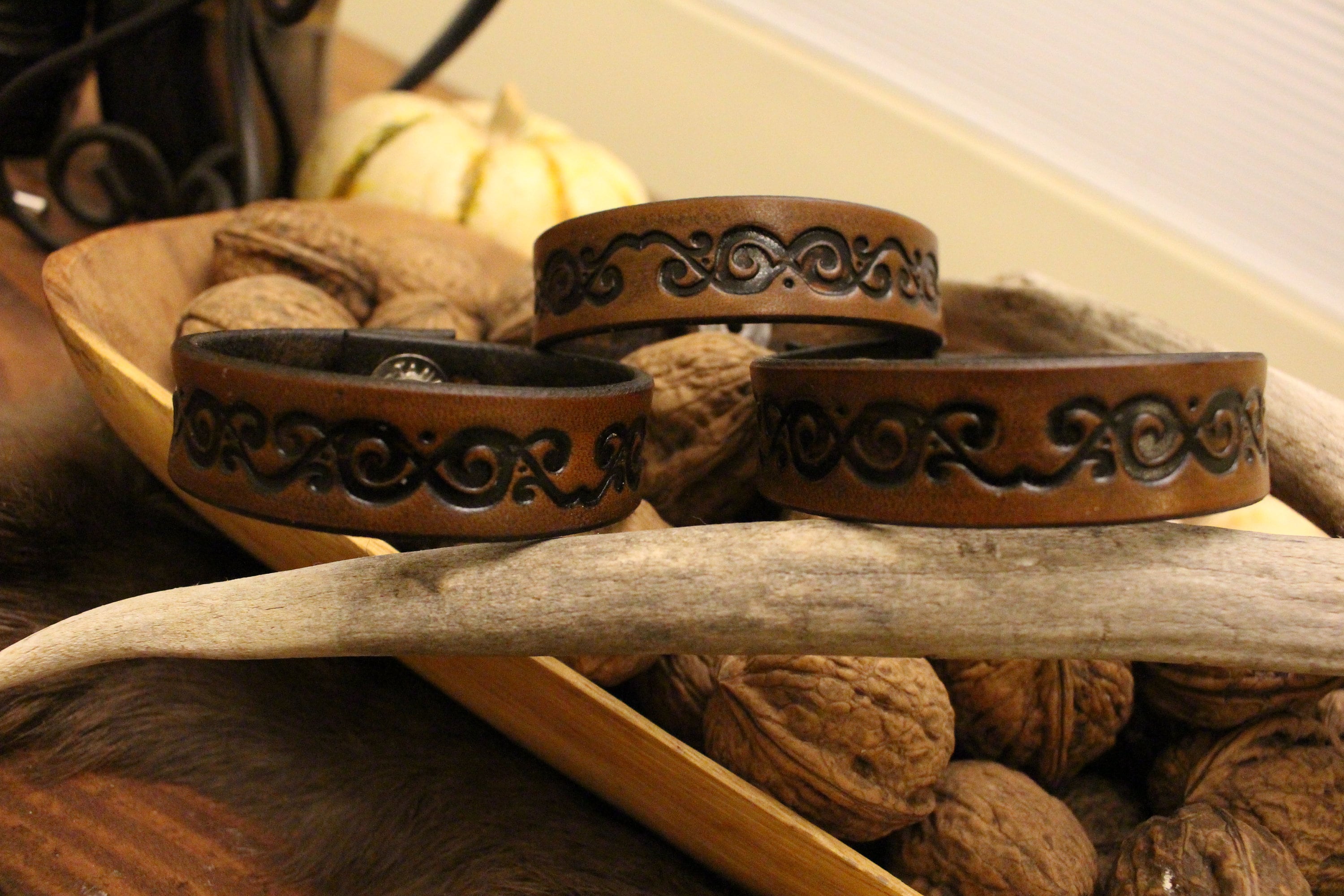 This Historical art piece was Originally found at the bottom of the famous Skåne Mjolnir and is said to be the roots and branches of Yggdrasil intertwined.

3/4 inch wide bracelet made from the same thick top grade European vegetable tanned leather as our belts which means it is made to last.

Completely crafted by hand in house.

**WHEN MEASURING THE CIRCUMFERENCE OF YOUR WRIST DURING CHECK OUT, ROUND UP THE THE NEAREST 1/2 INCH.

I have become a fan of this store. I really like this bracelet. Very high quality work. Thanks so much!