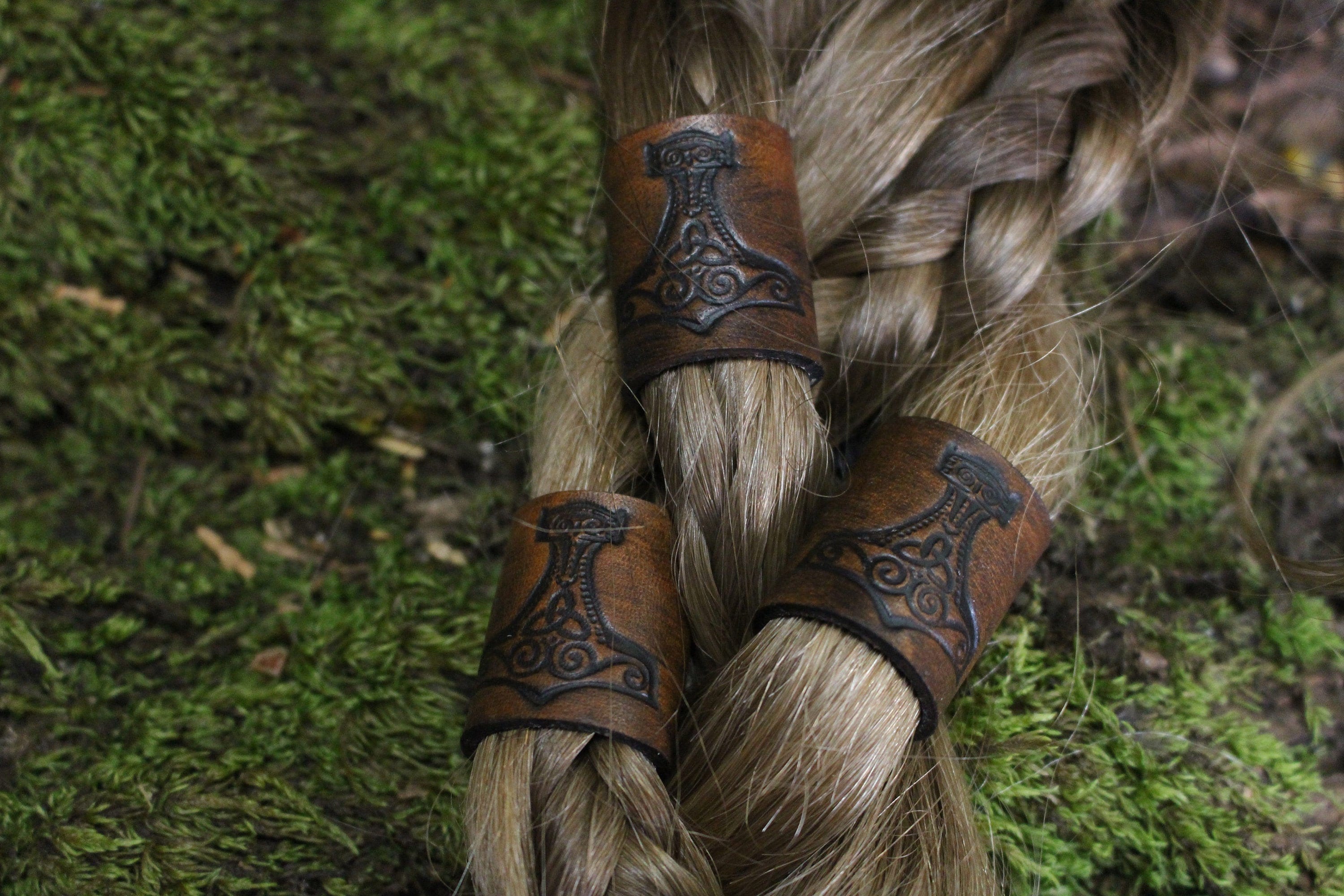 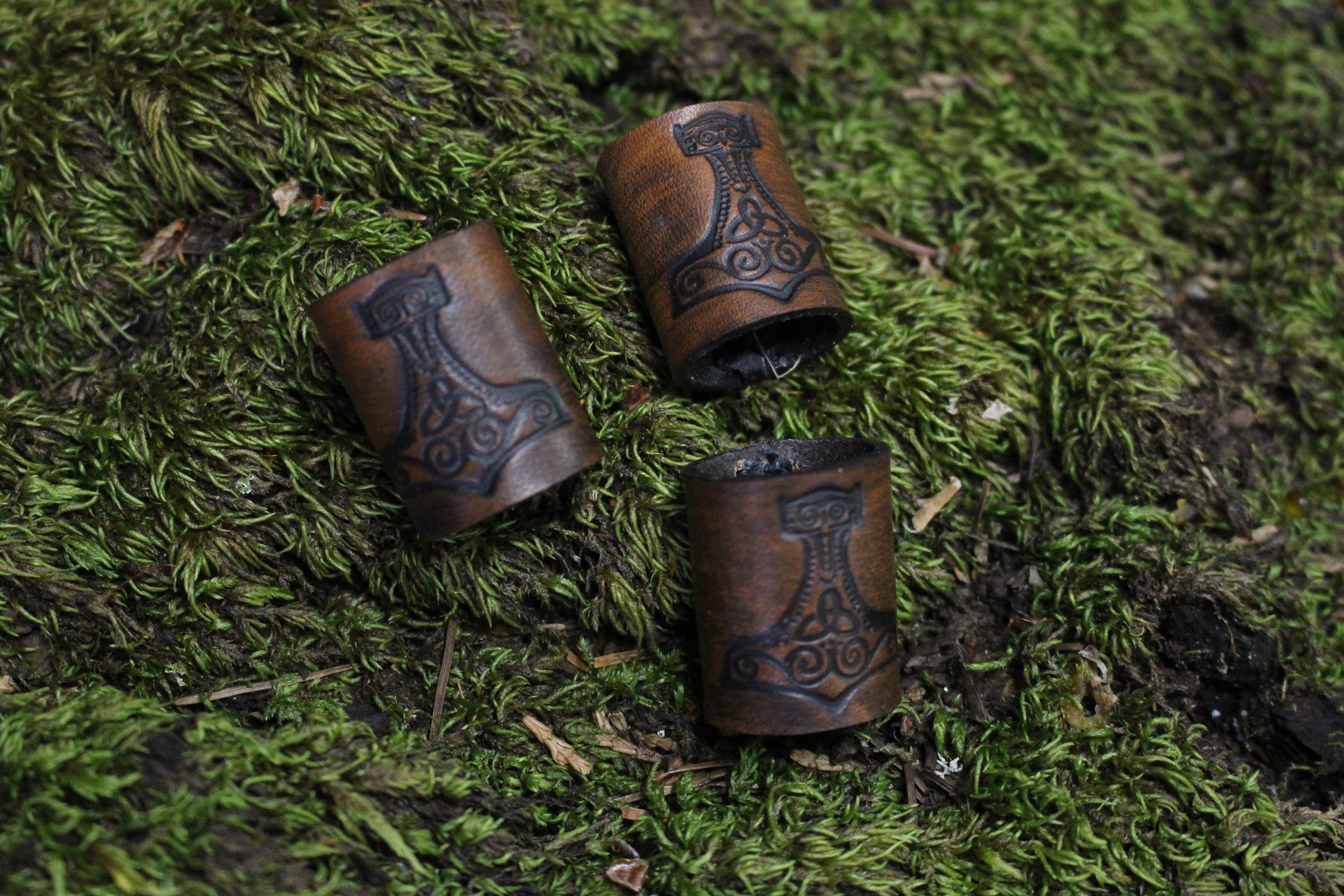 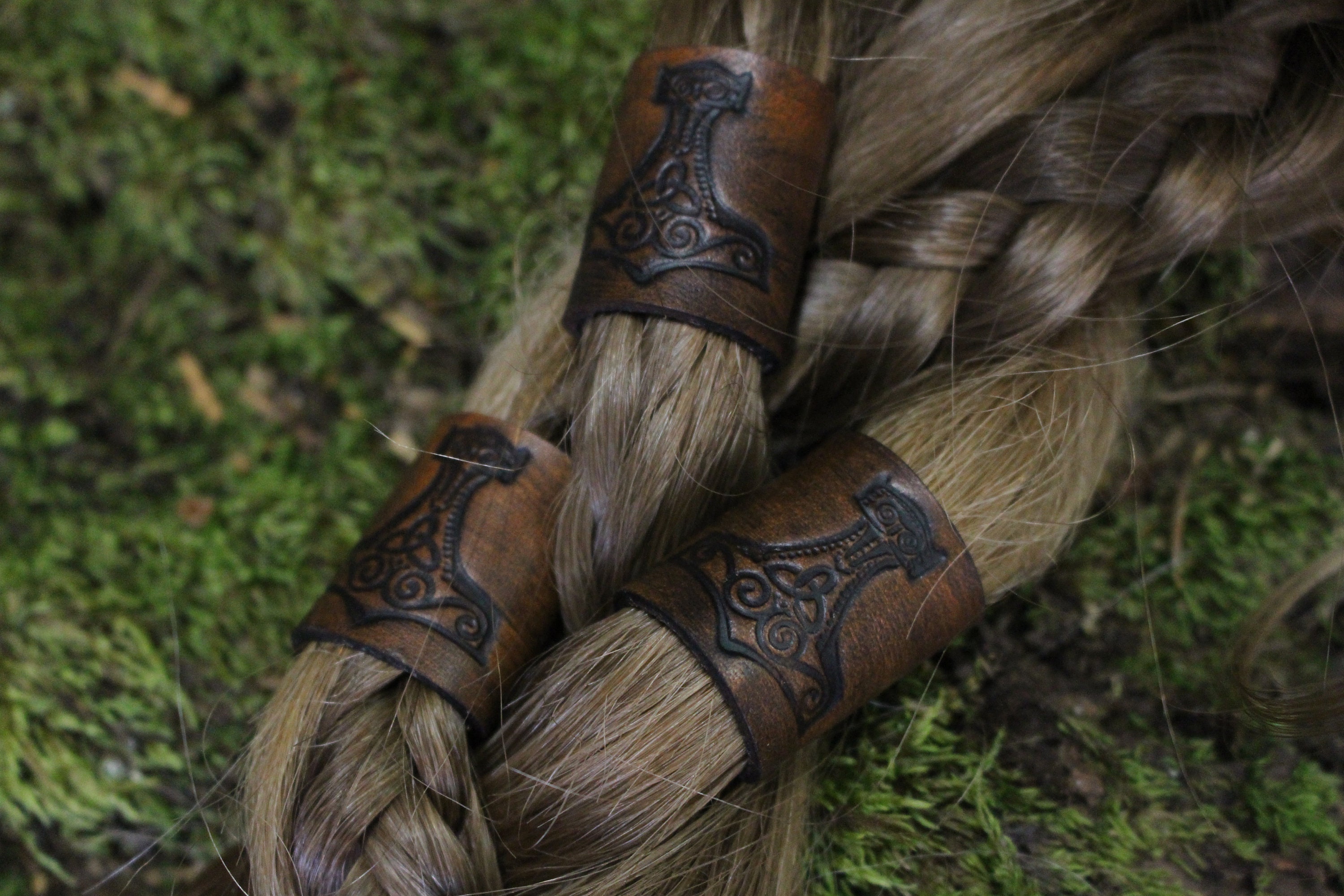 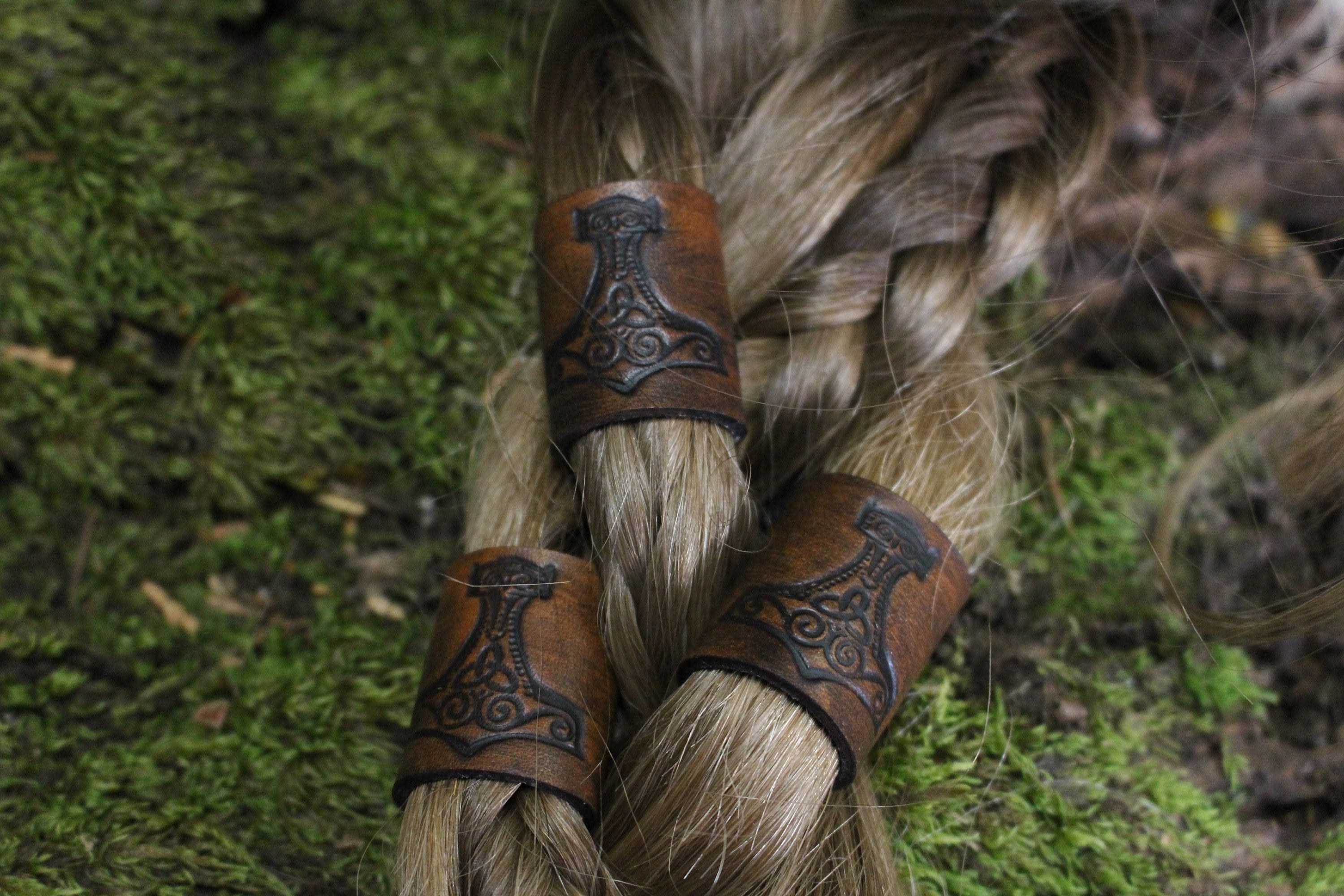 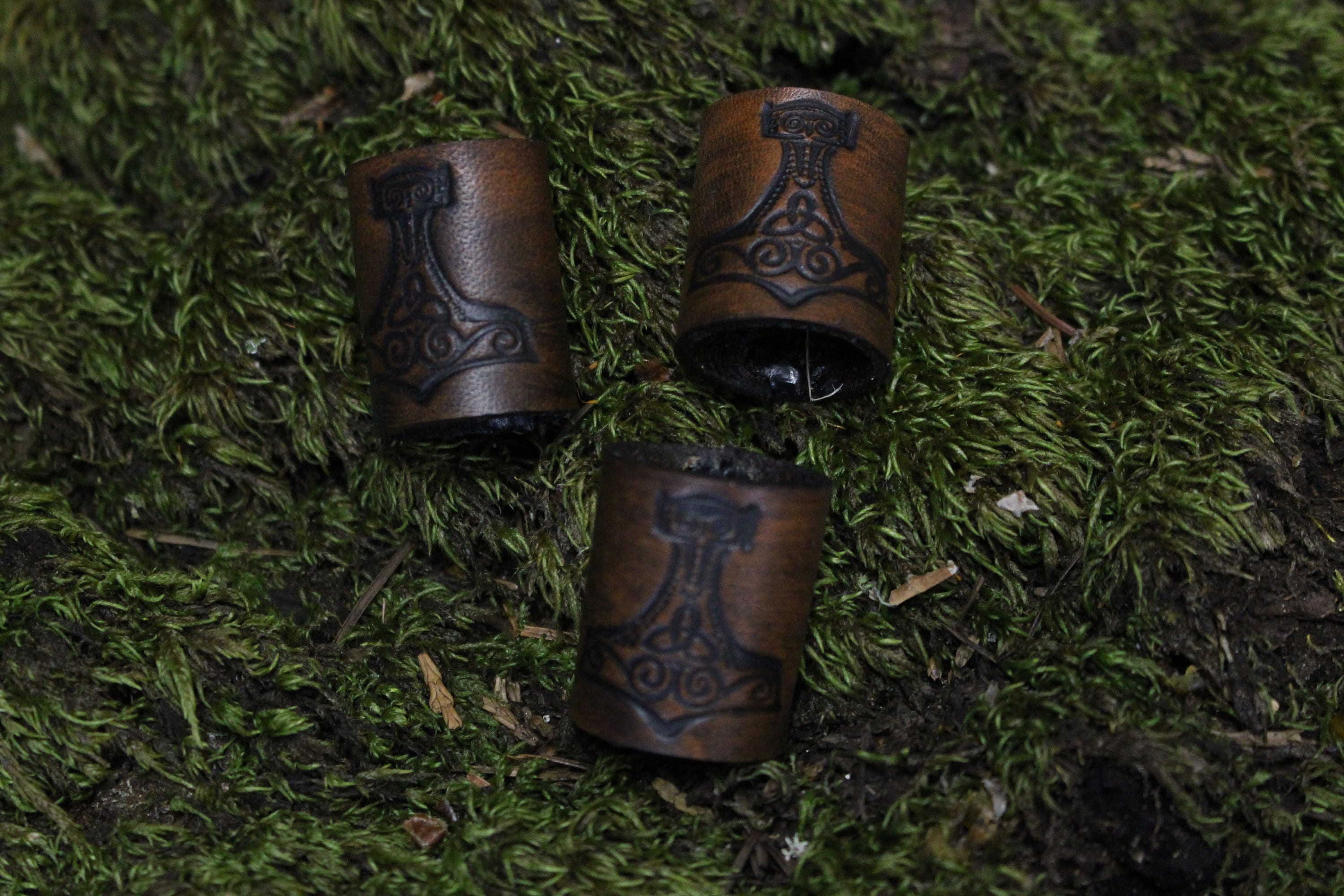 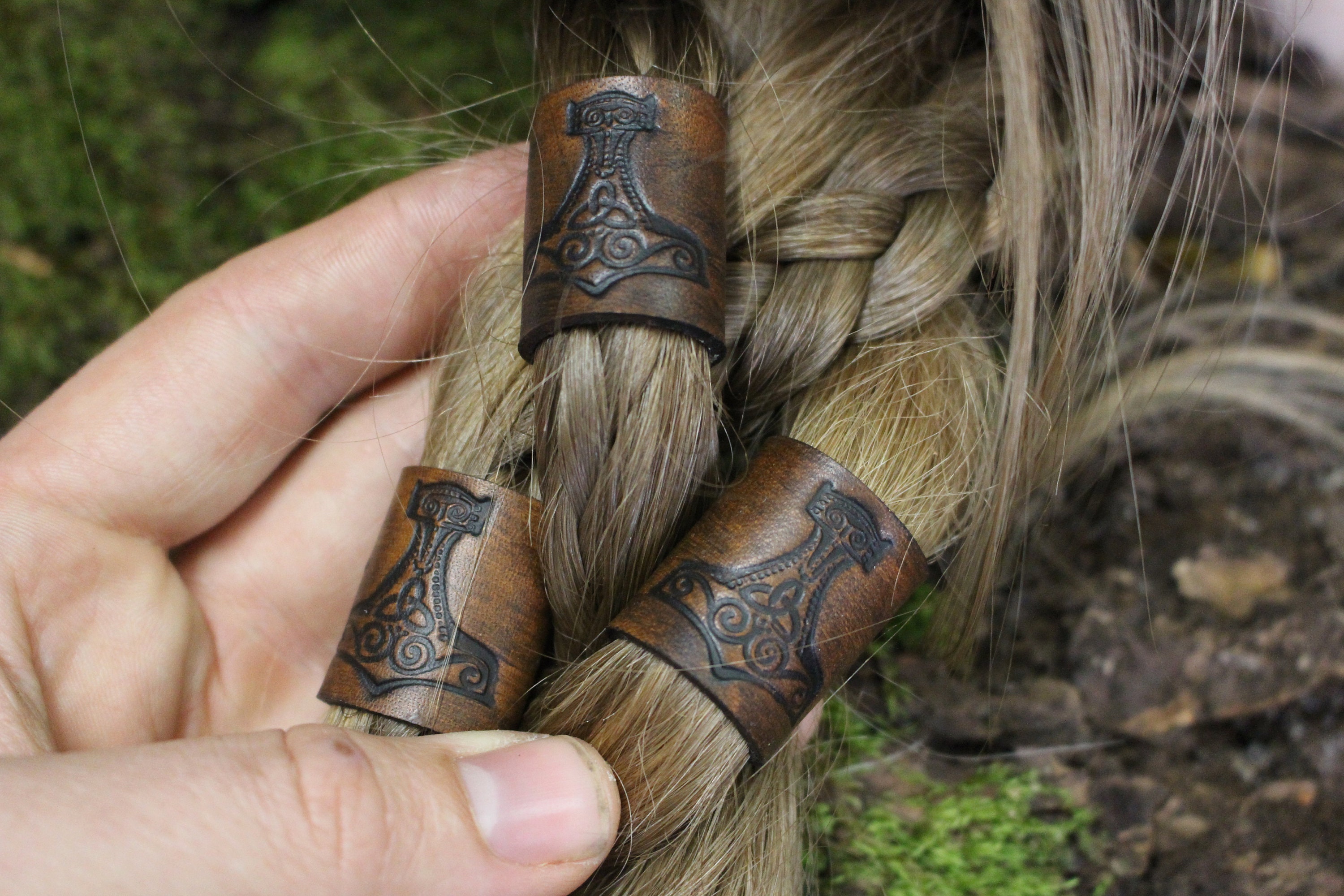 These unique viking hair/beard beads have been hand crafted using premium European leather and designed in house, every hair/beard bead is hand cut, tooled, dyed, sealed and sewn by hand.

Internal diameter of the beads average around 16-17mm diameter and are roughly 1 inch tall.

great quality, inside diameter was a littler smaller than i thought, but honestly i'm glad of that. i can easily split my beard at the chin and get 2 bands in. 3 might be pushing it, lol. but if you gotta big beard and looking for some leather bands, can't go wrong with these!! i would buy these again, and might with a different design to change up the look ;)

The recipient of the beads loved them...great work by the artisans who made them.