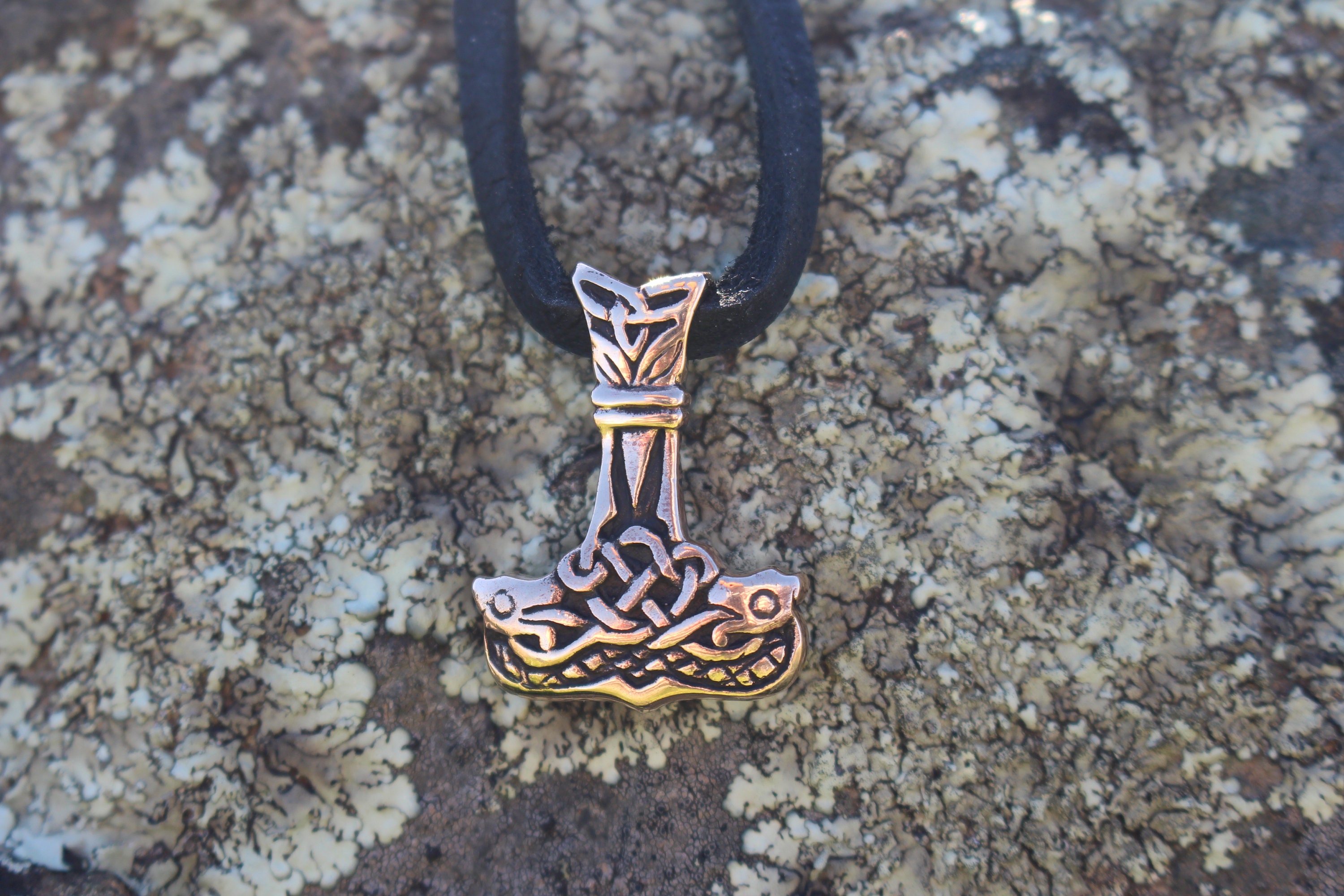 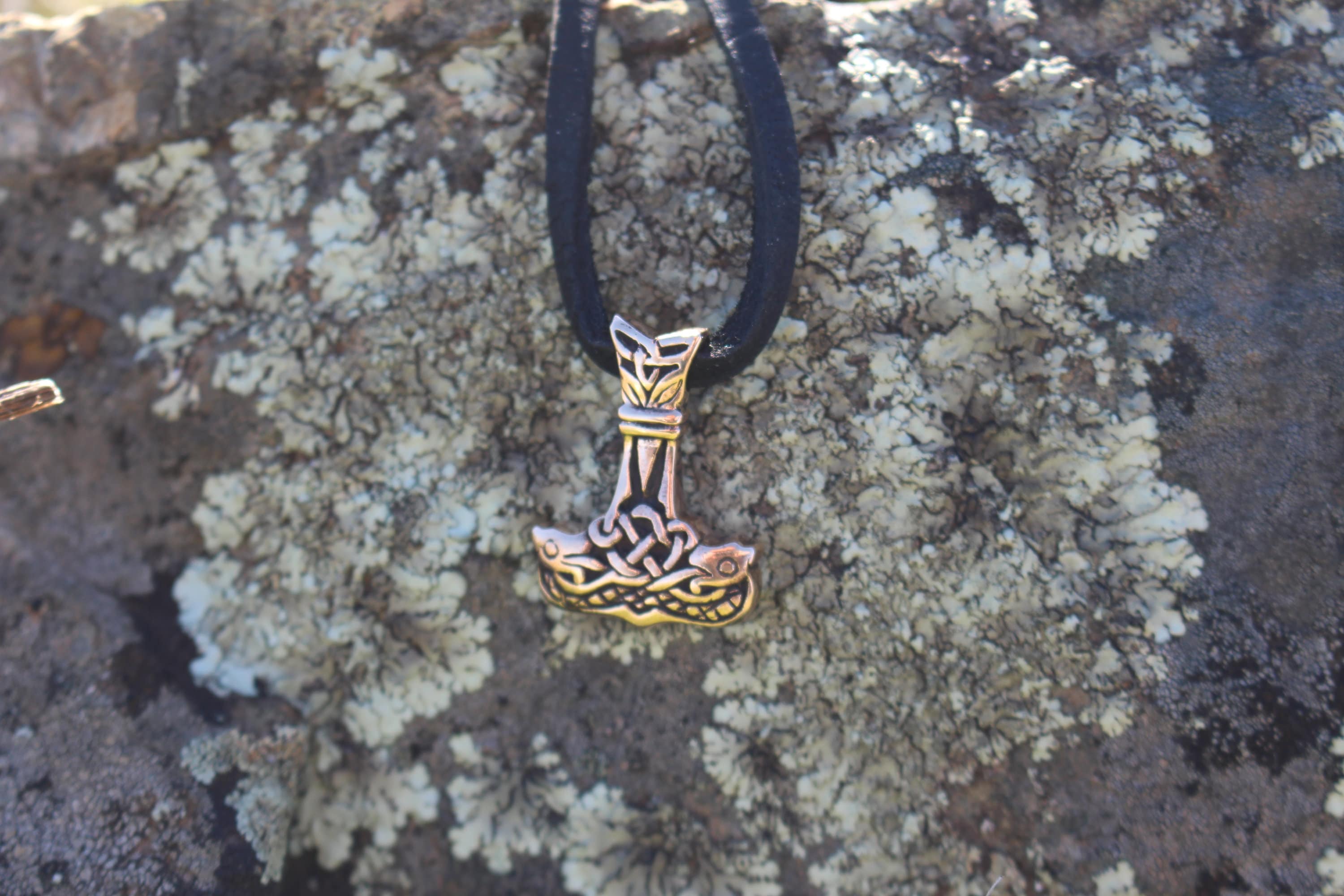 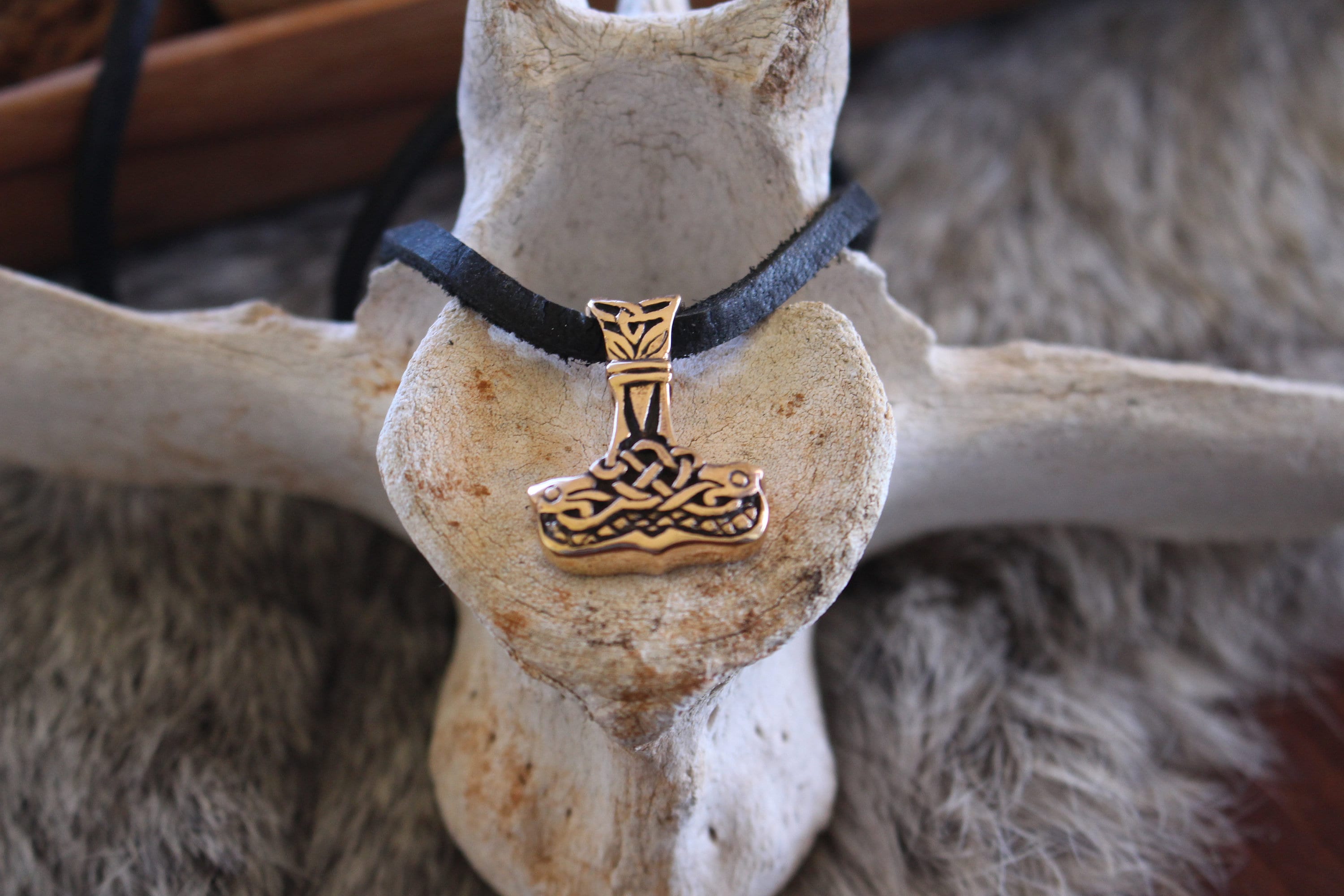 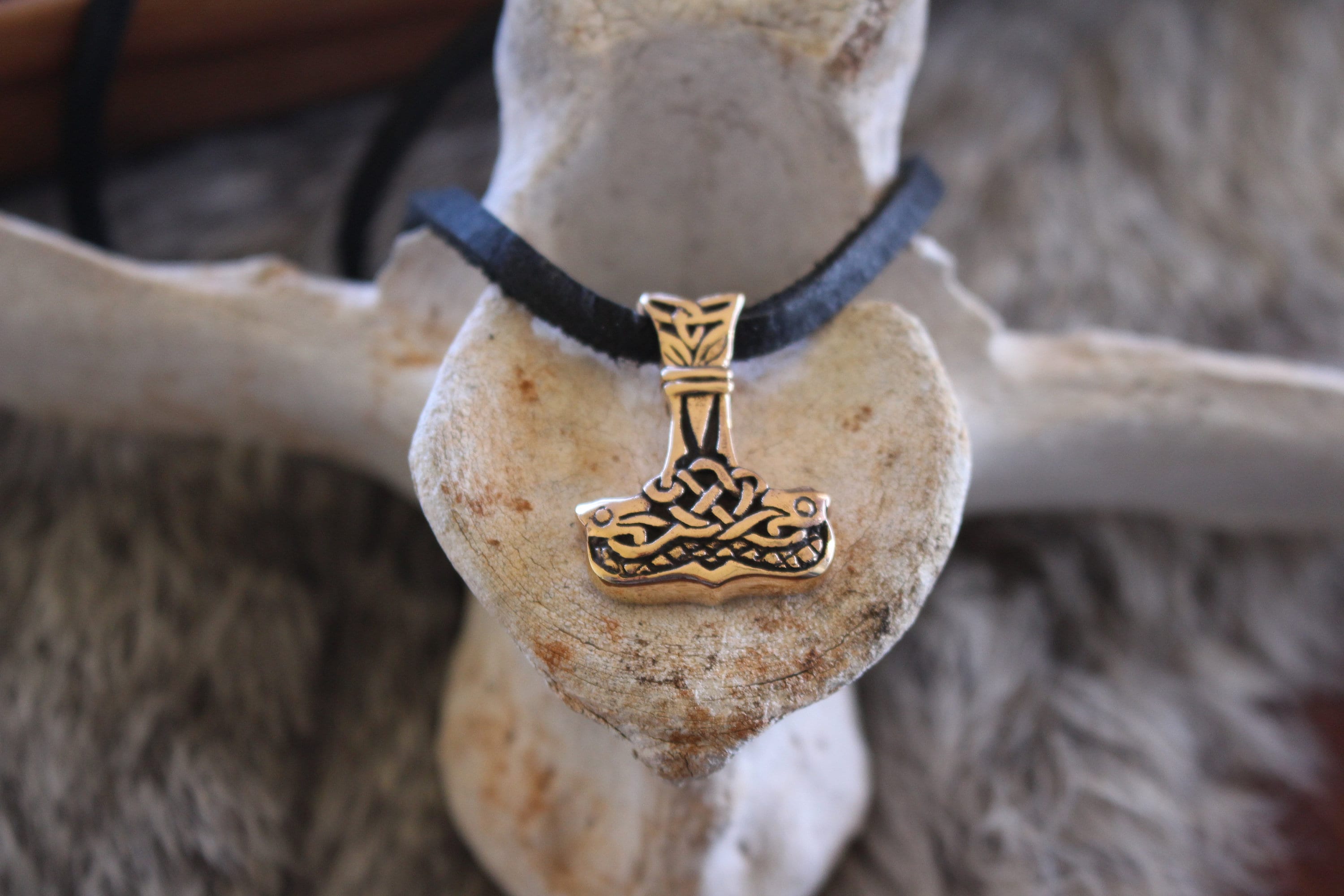 This solid pendant depiction of Mjolnir (Thor's Hammer) comes with a leather cord and depicts two dragons and intricate knotwork.

If you have any questions for me, please don’t hesitate to message at any time!

This was created in affiliation with Viking Kristall.