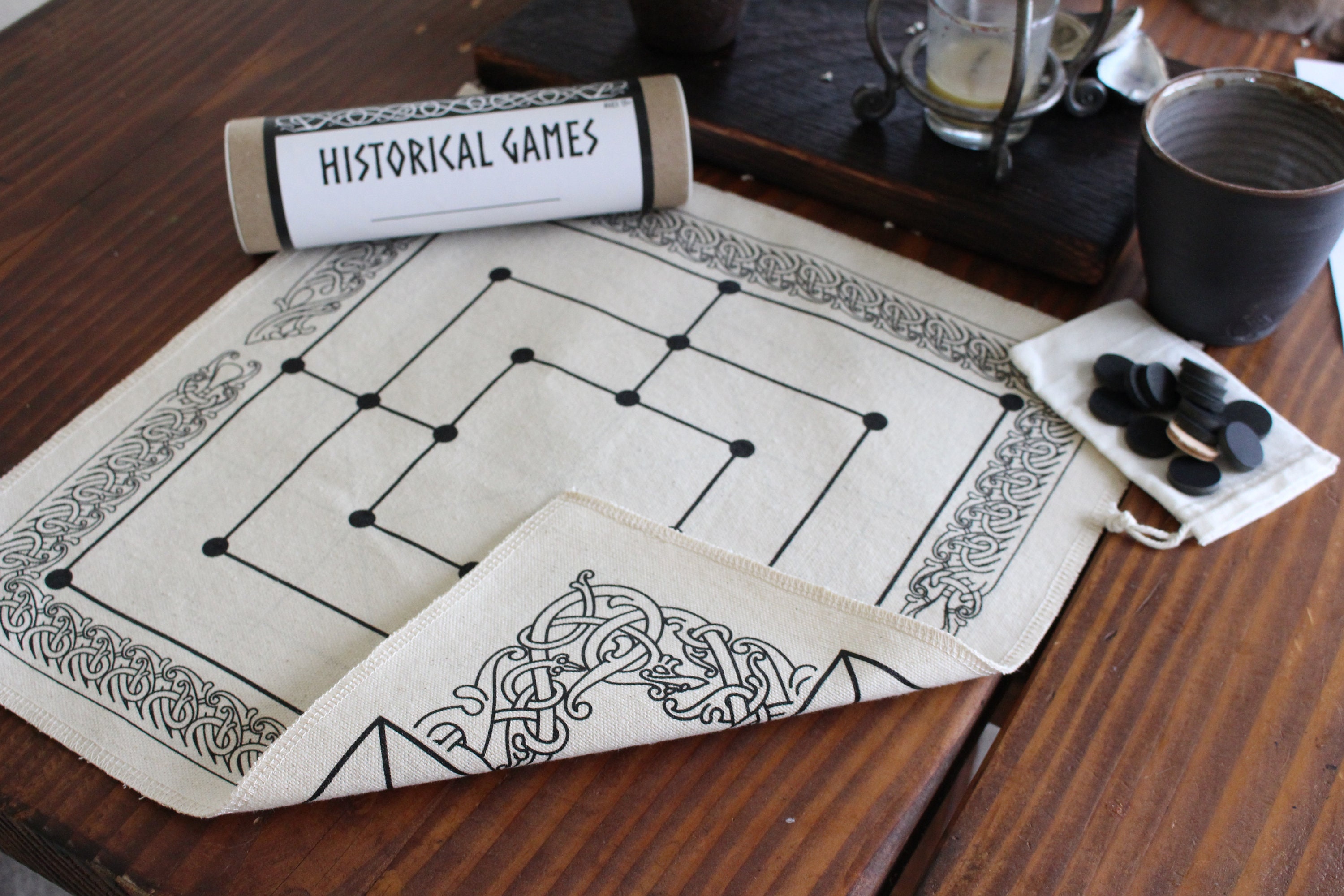 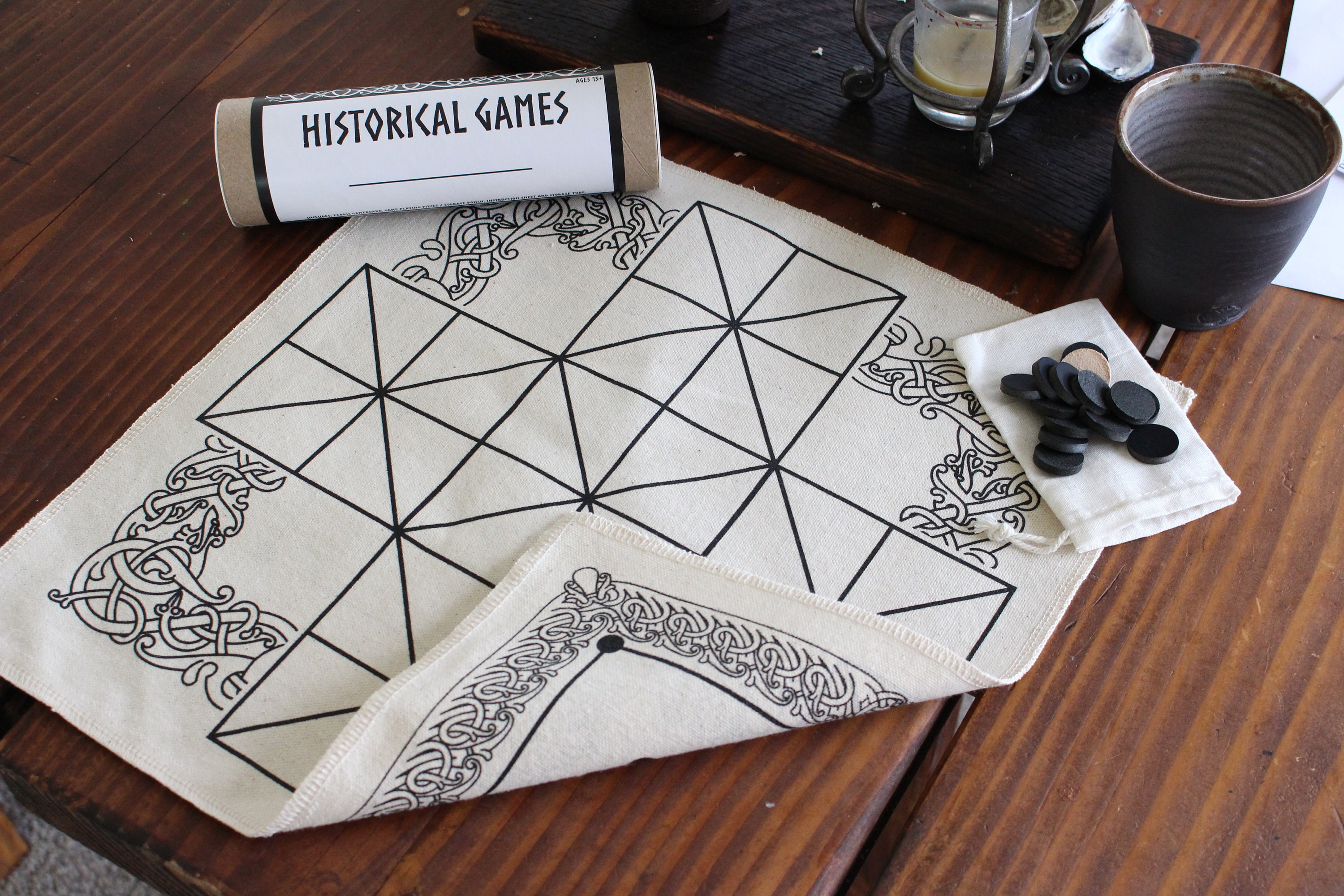 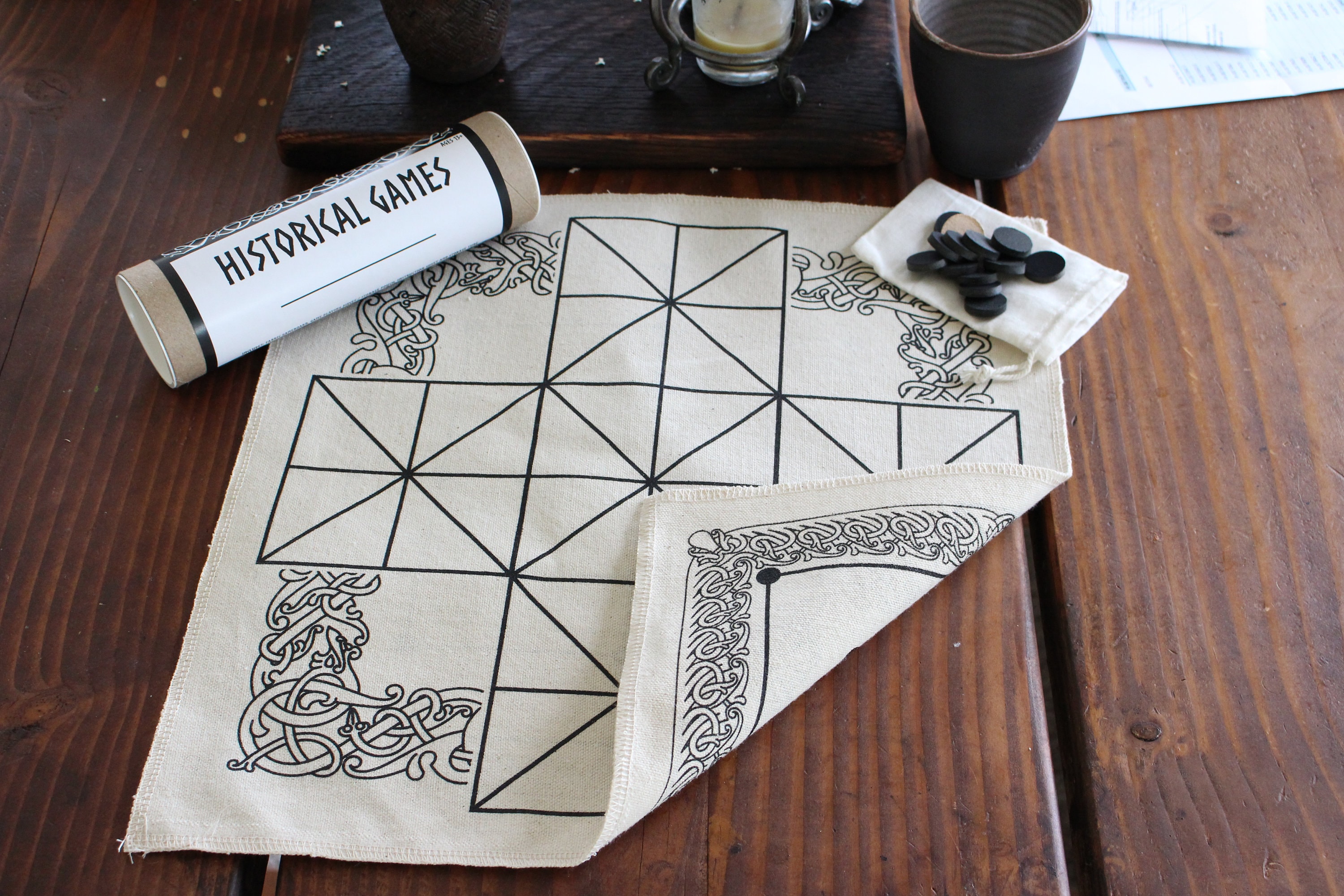 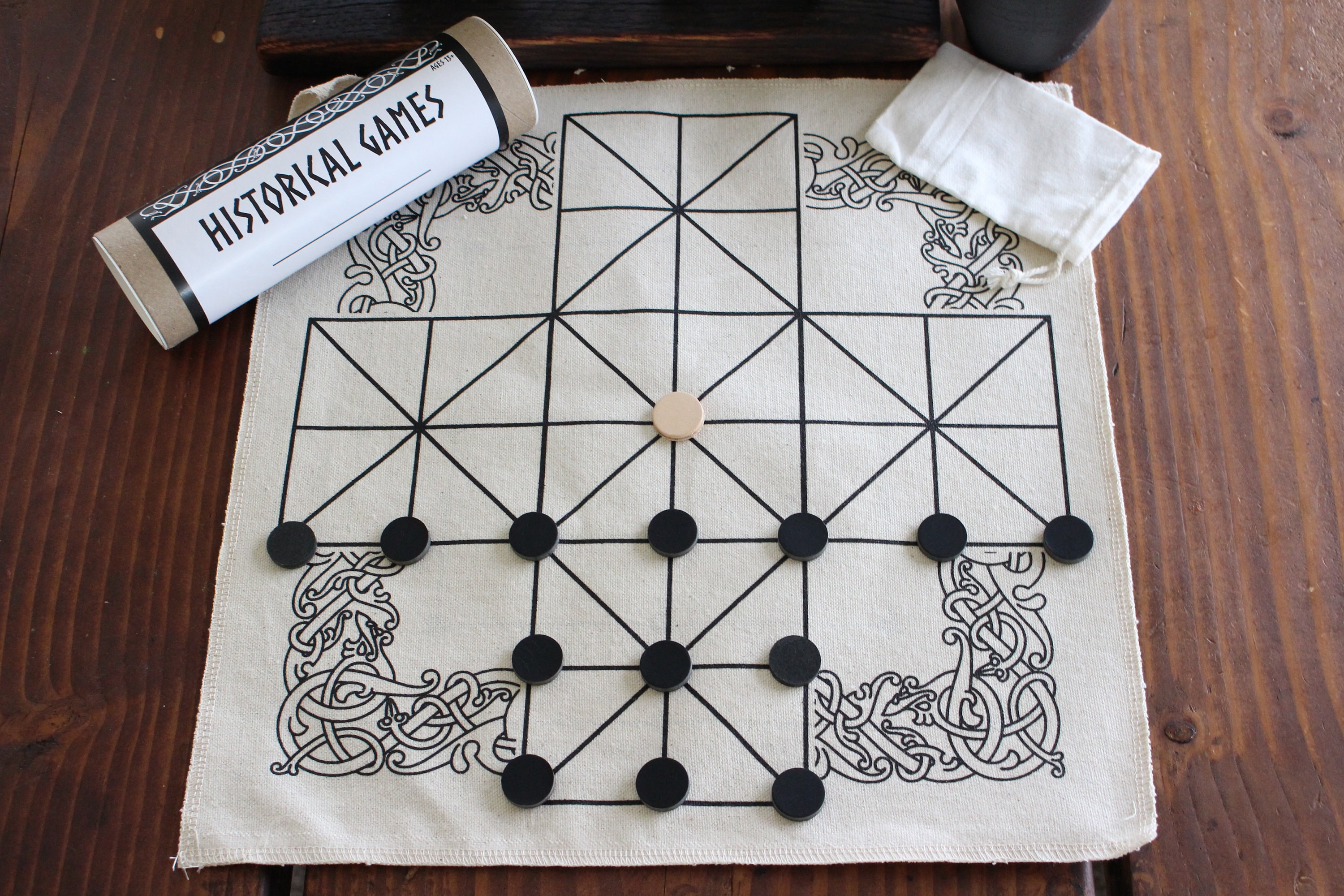 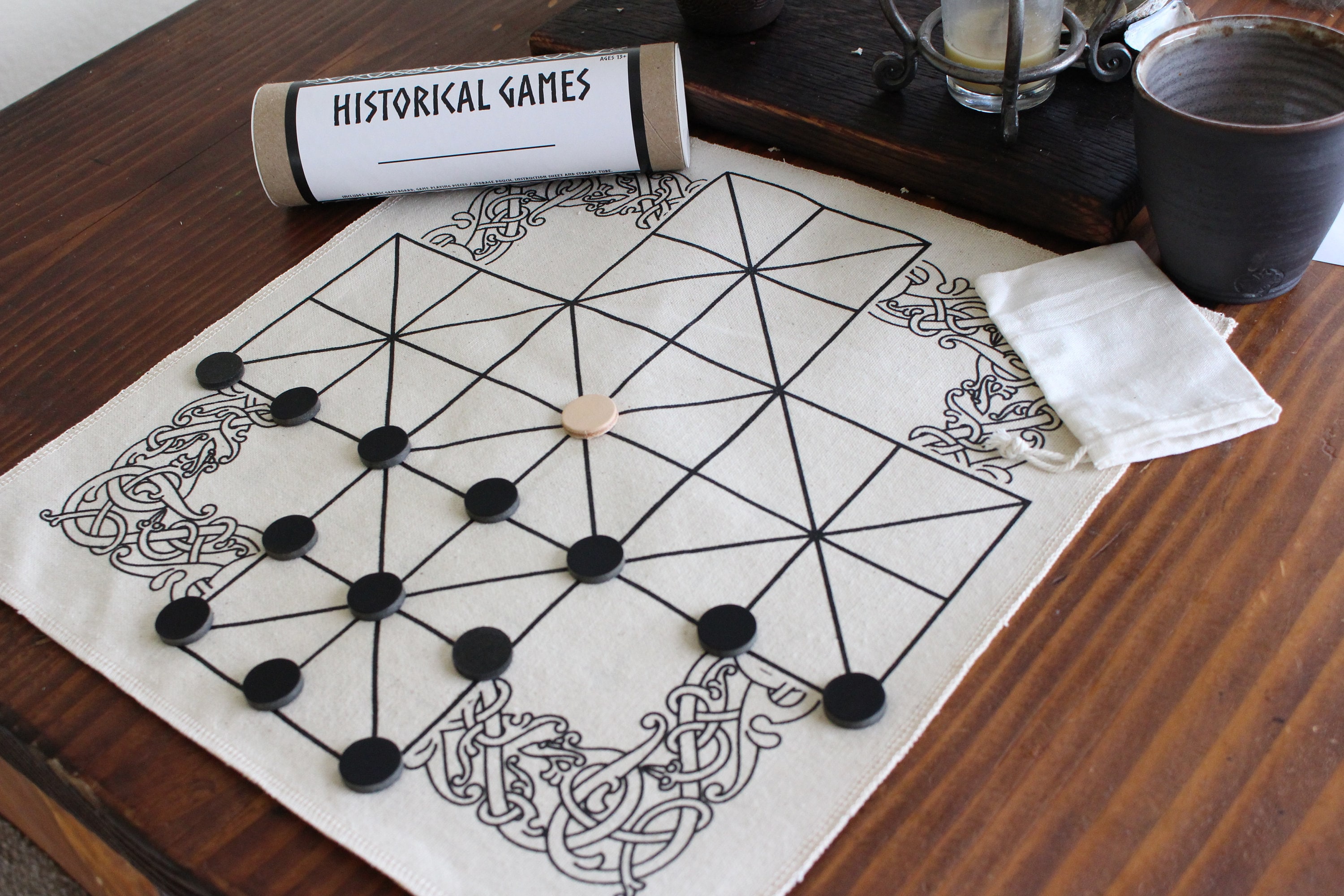 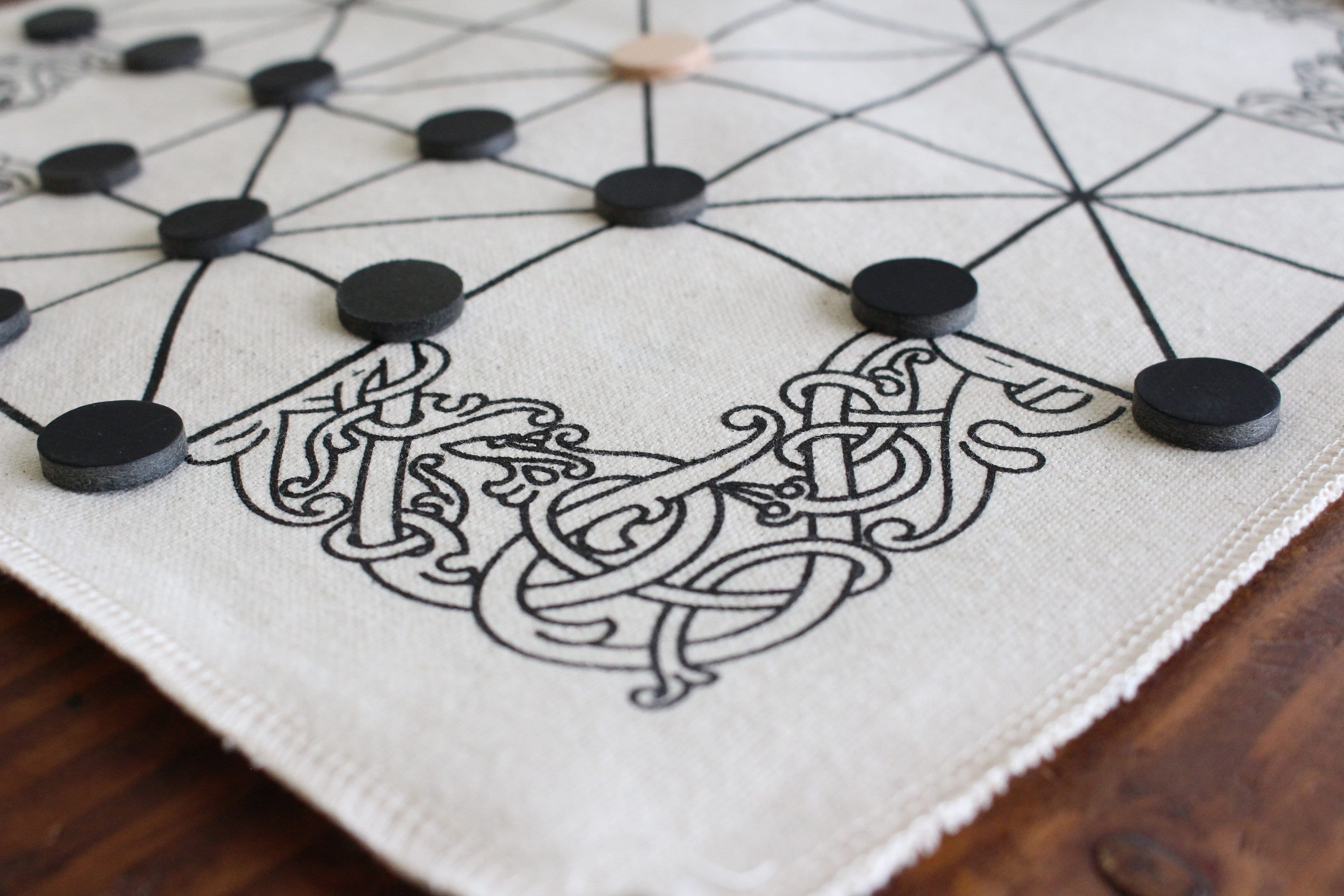 Fox and Geese was played during the Middle Ages (1100-1453 CE) and is thought to be related to the game of Hnefatafl.
Historical documentation from the 1400s shows “fox and geese” game pieces being purchased by King Edward IV.

Morris​ was played extensively during the ​Middle Ages​ (1100-1453 CE), and potentially even as early as 1400 BCE!
The name comes from the Latin word ​merelles​, meaning “Gaming Piece,” and there are many variants of the boards, pieces, and rules!

Included in this set:

Two games, "Fox and Geese as well as 9 mens morris.

Rules for both games is included with alternative versions.

A+++Seller! I love the 2 in 1 Fox and Geese and 9 Men's Morris game, the quality and craftsmanship are excellent. I can't wait to play. The seller shipped out in lightning speed and the items were well packaged. I will be purchasing from again. Thank you for such a well crafted item, it is something you rarely see these days.

I have previously purchased 9 men's morris from these wonderful people and it has gone through my family like a storm. So I decided on this combo for another challenge. This lovely history will now live on in my family and friends. Hurrah. The seller ships quickly and safely and are very sweet people. Thank you.

I collect historic games and this is the perfect addition! 2 games in one. Good design and the tube it comes in is great to travel with. It came quickly and is just as pictured.