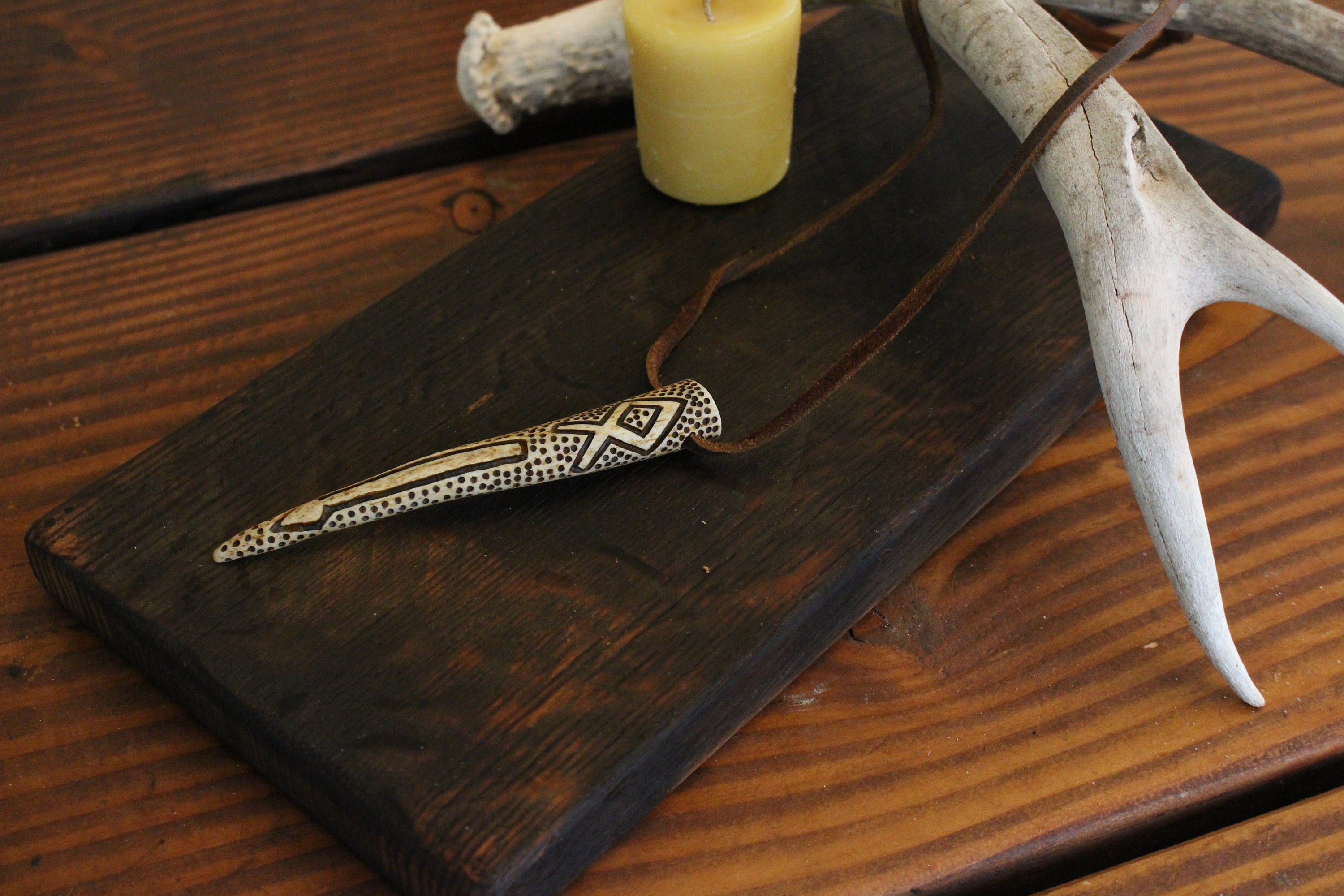 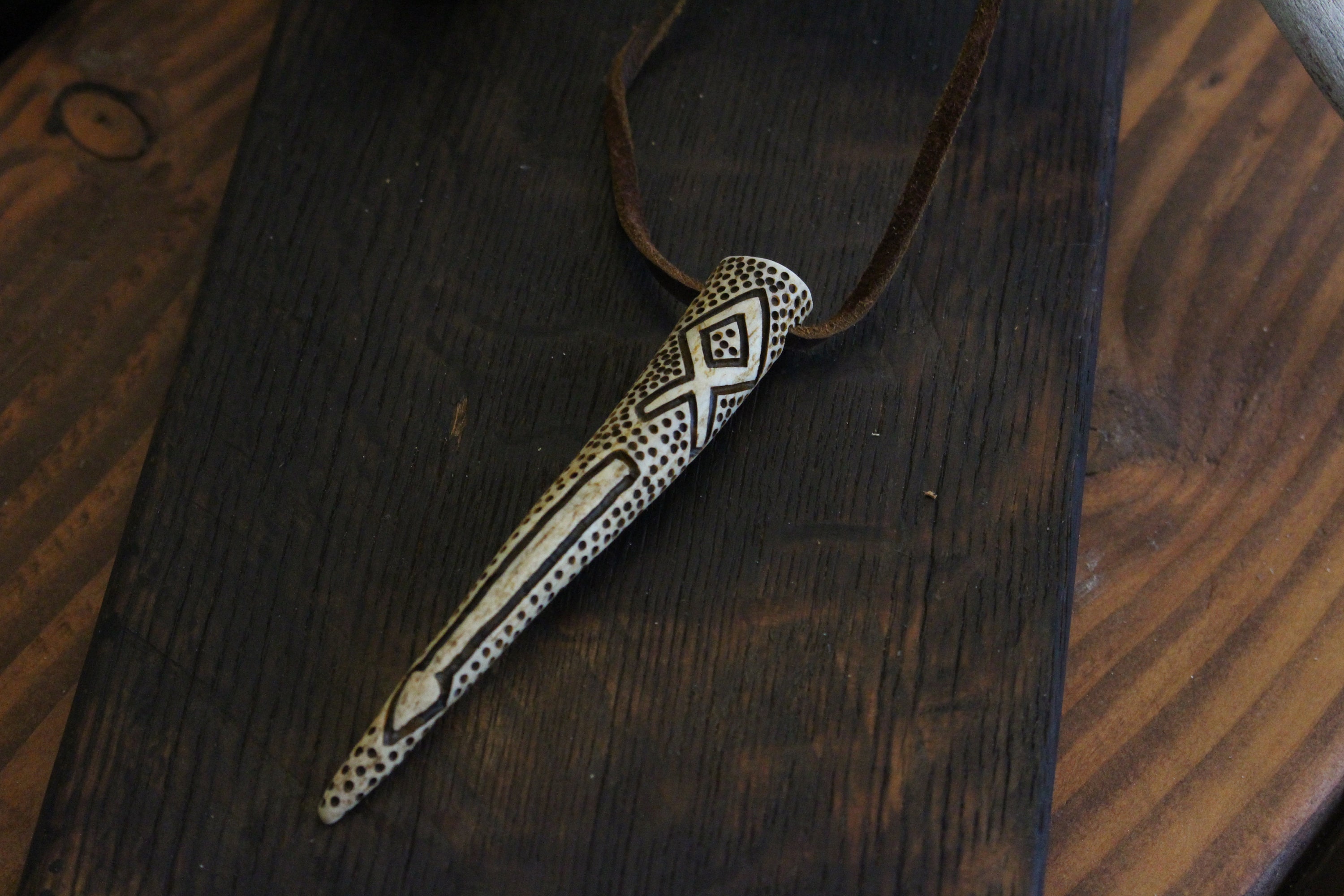 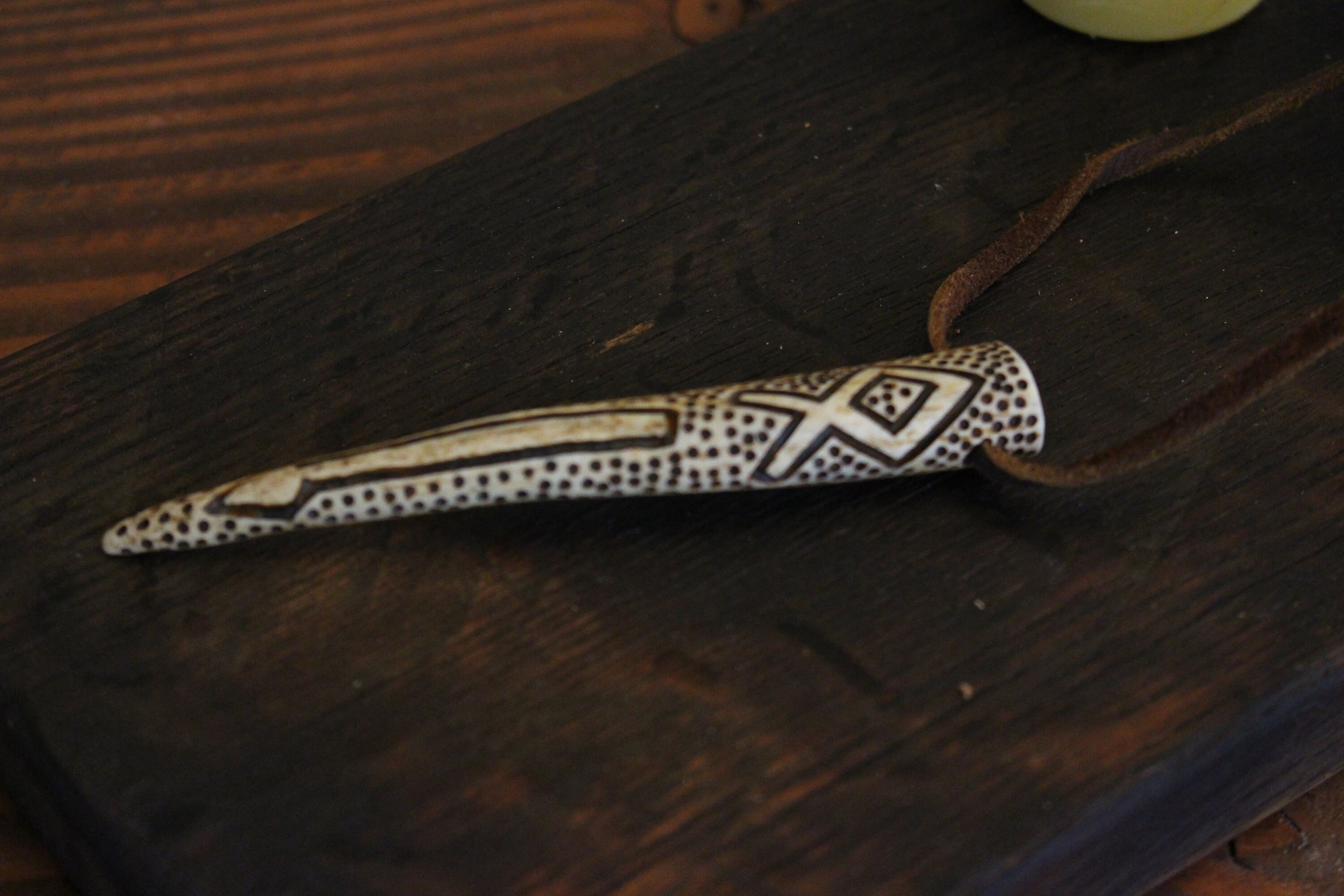 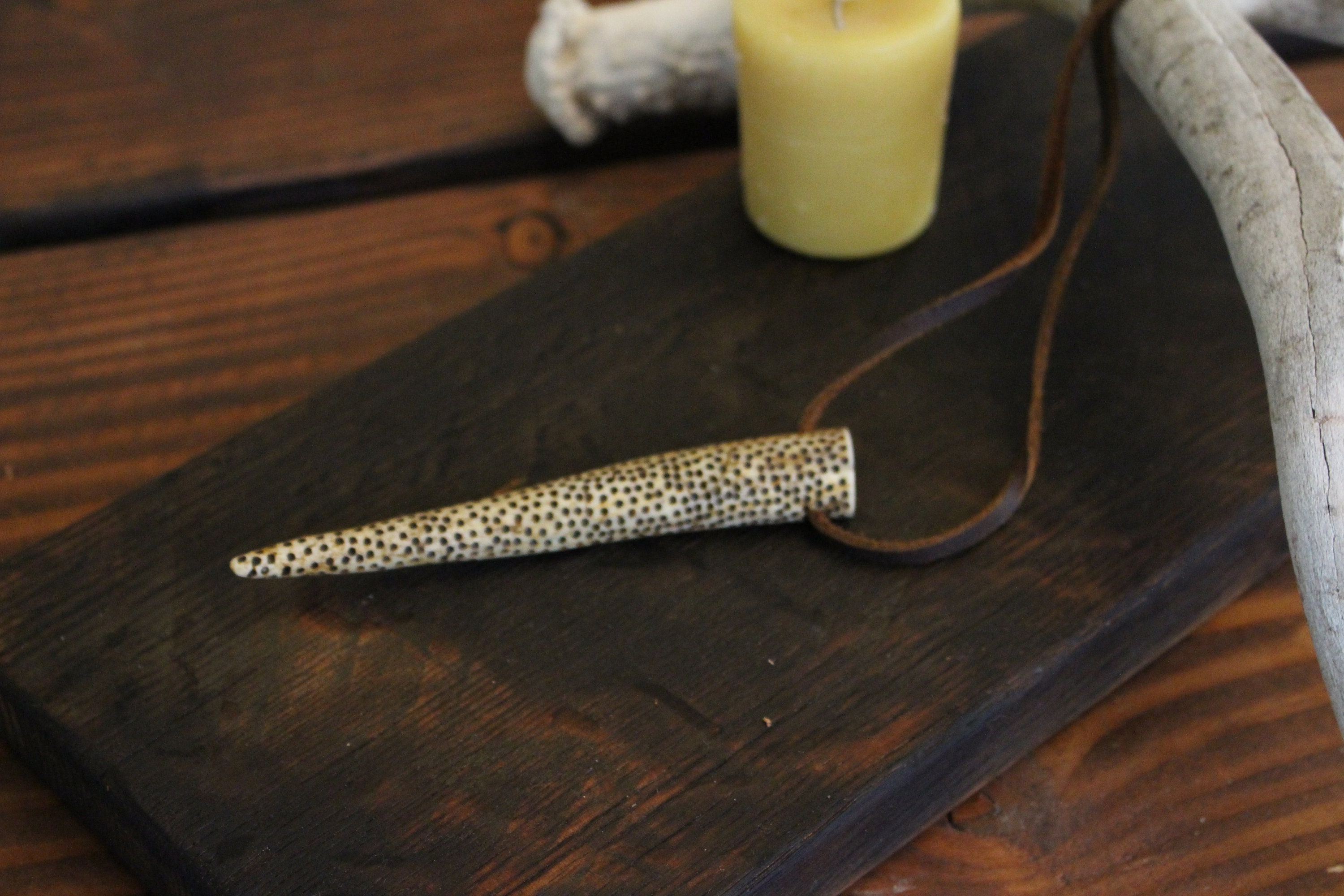 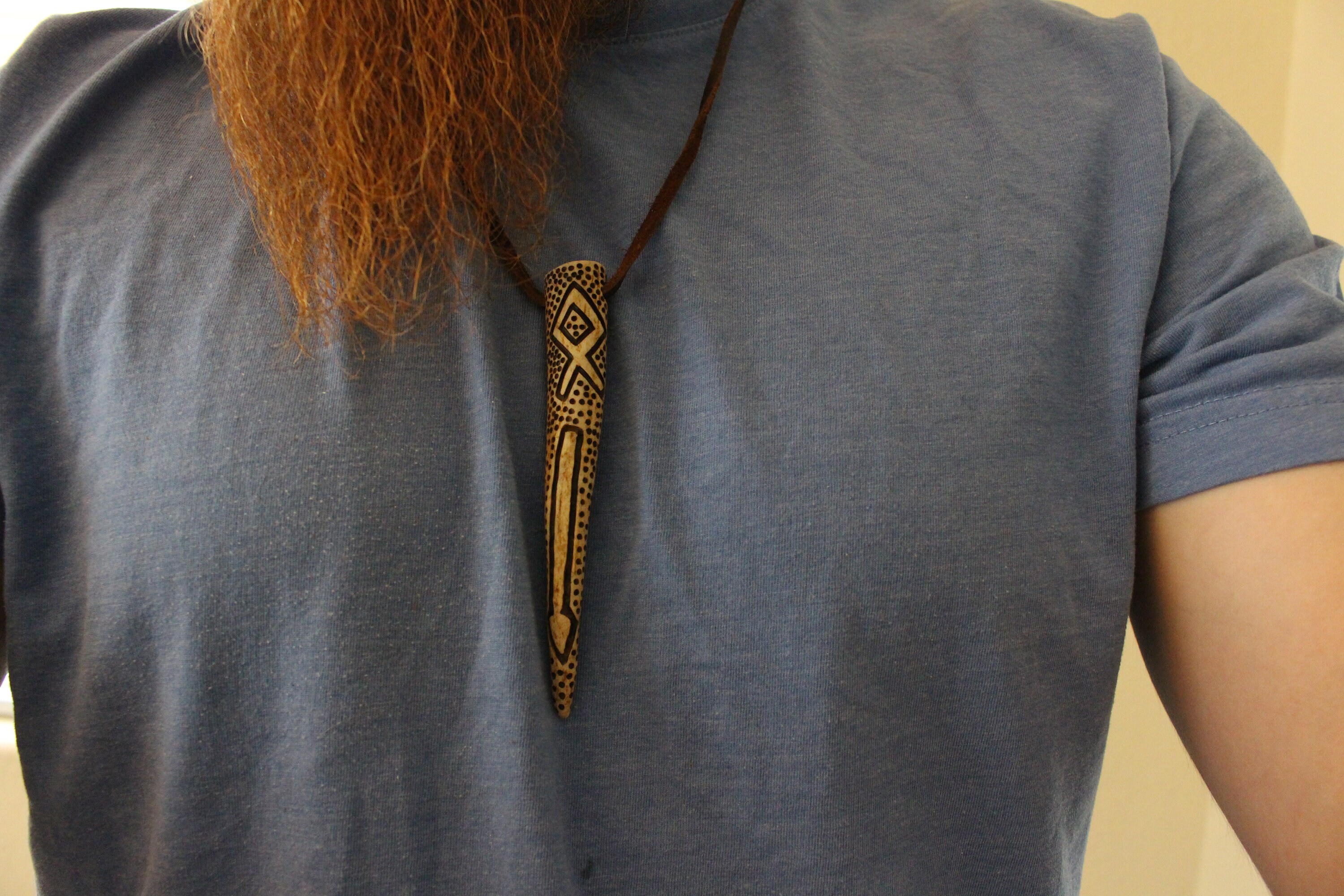 4.5 inches long with a leather cord.

Please note our antler pendants are not waterproof.