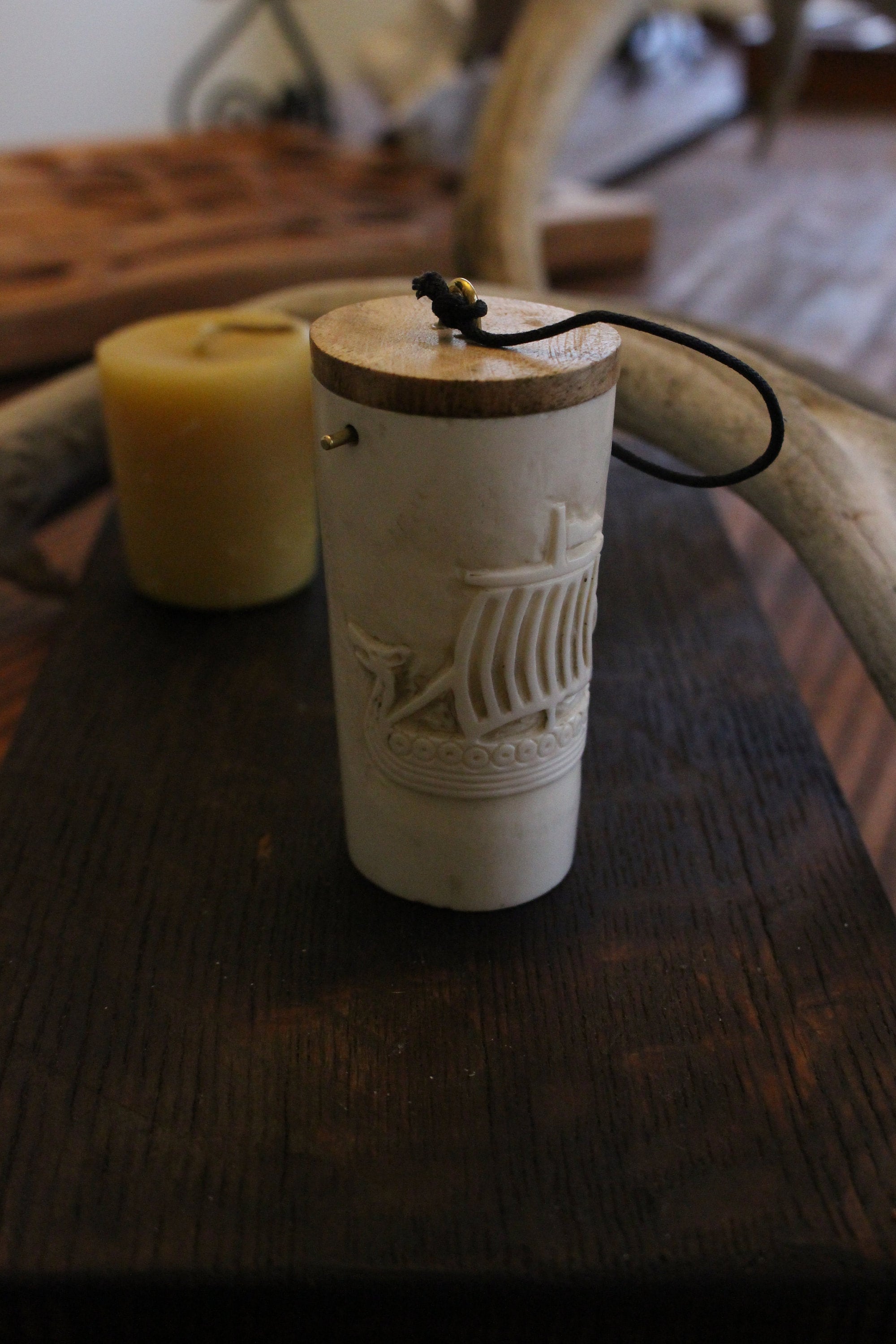 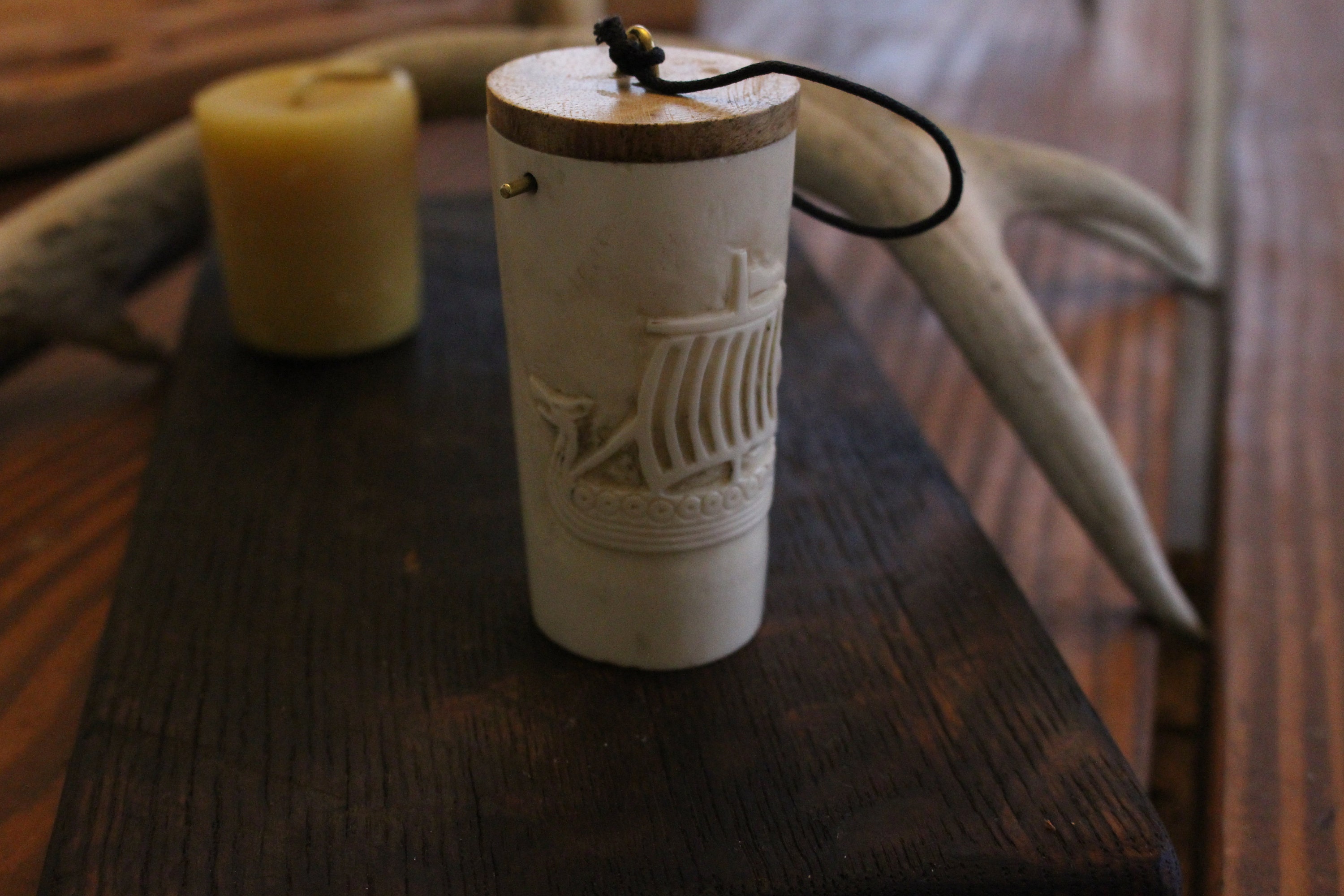 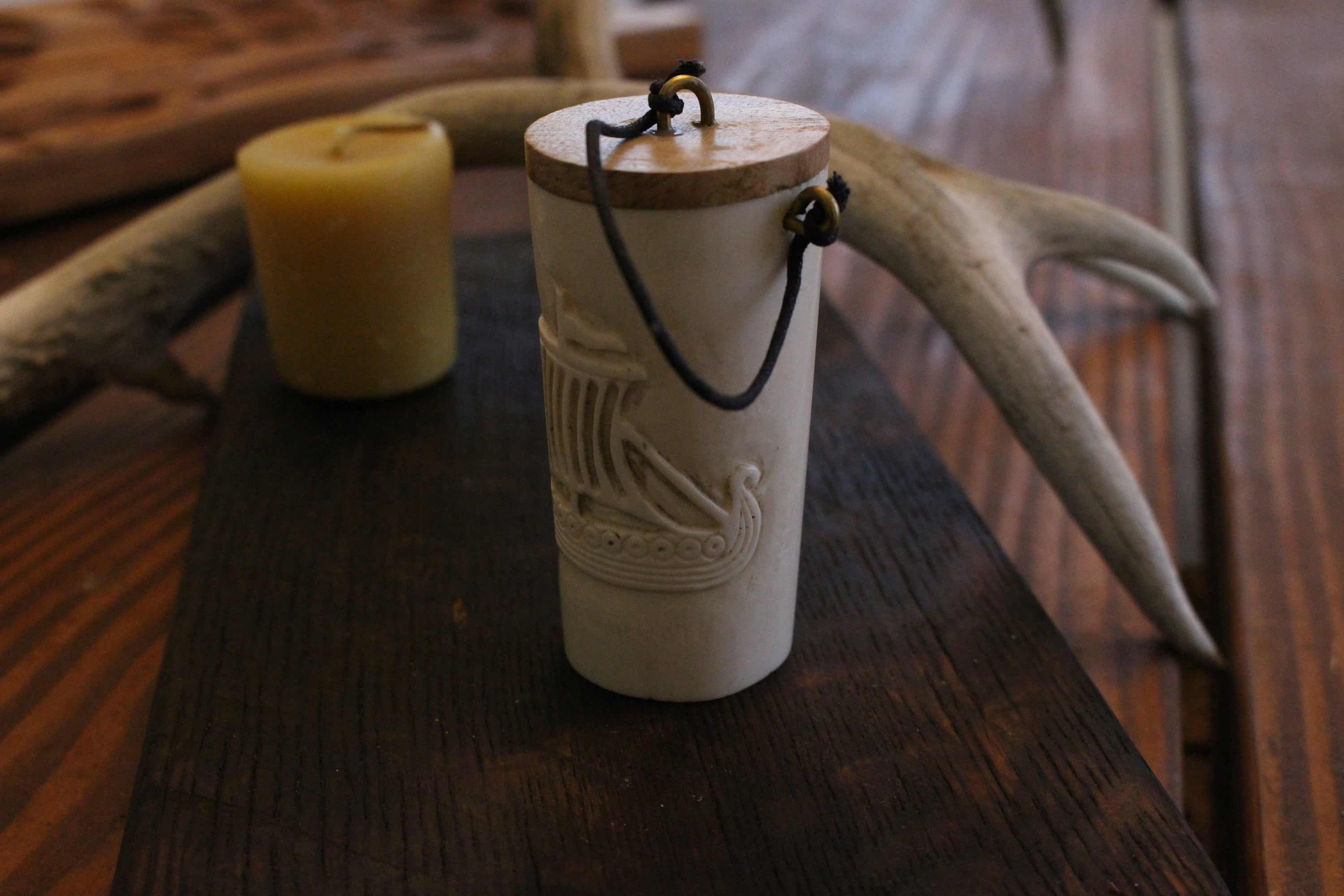 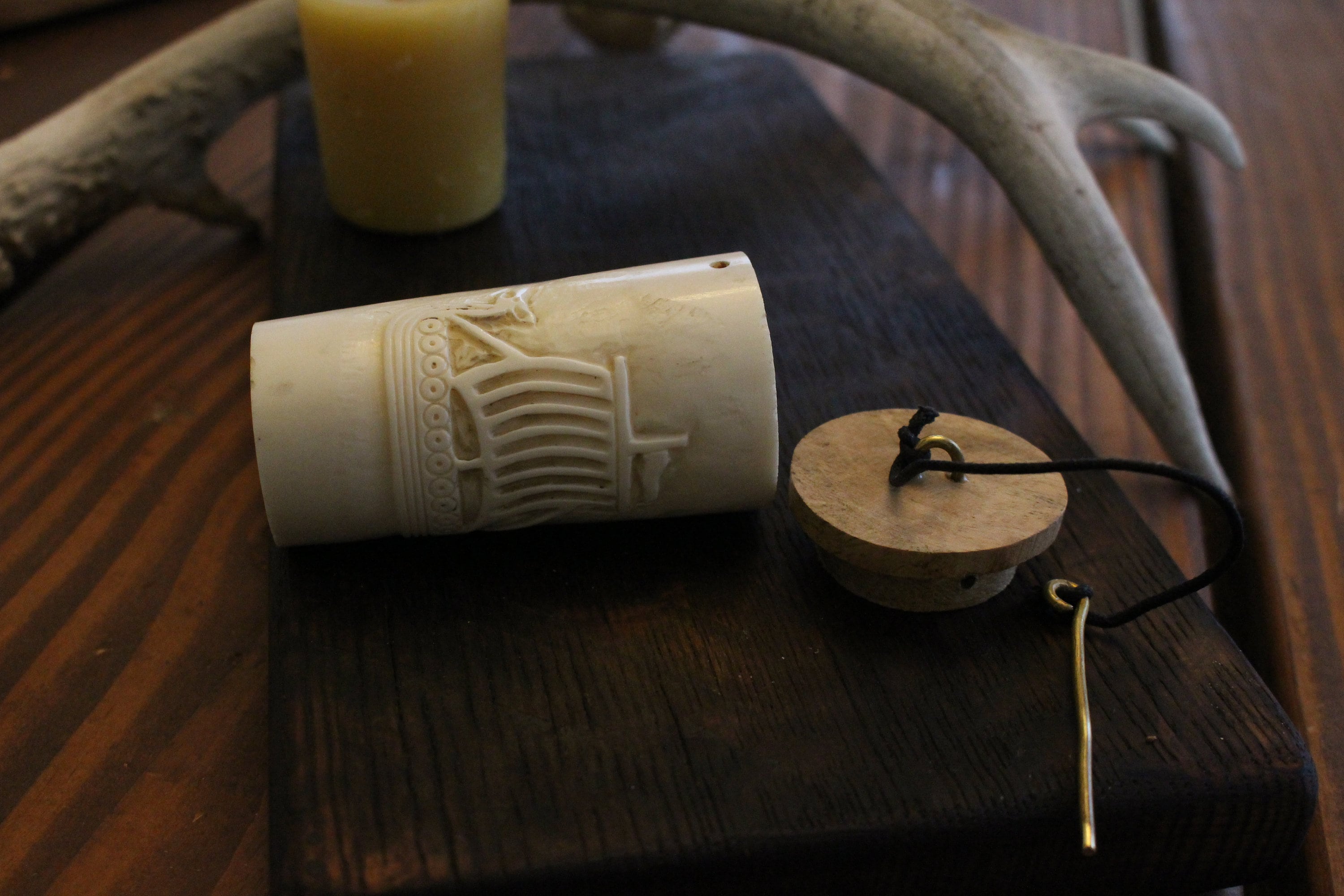 This salt shaker is hand carved with the Dragon headed Viking ship.

Spice and salt containers during the viking age were a symbol of status due to the extremely high cost of spices and salt most all of which was imported in from other countries. most of these containers were highly decorated.

More on dragons in Norse culture.Dragons/Serpents: