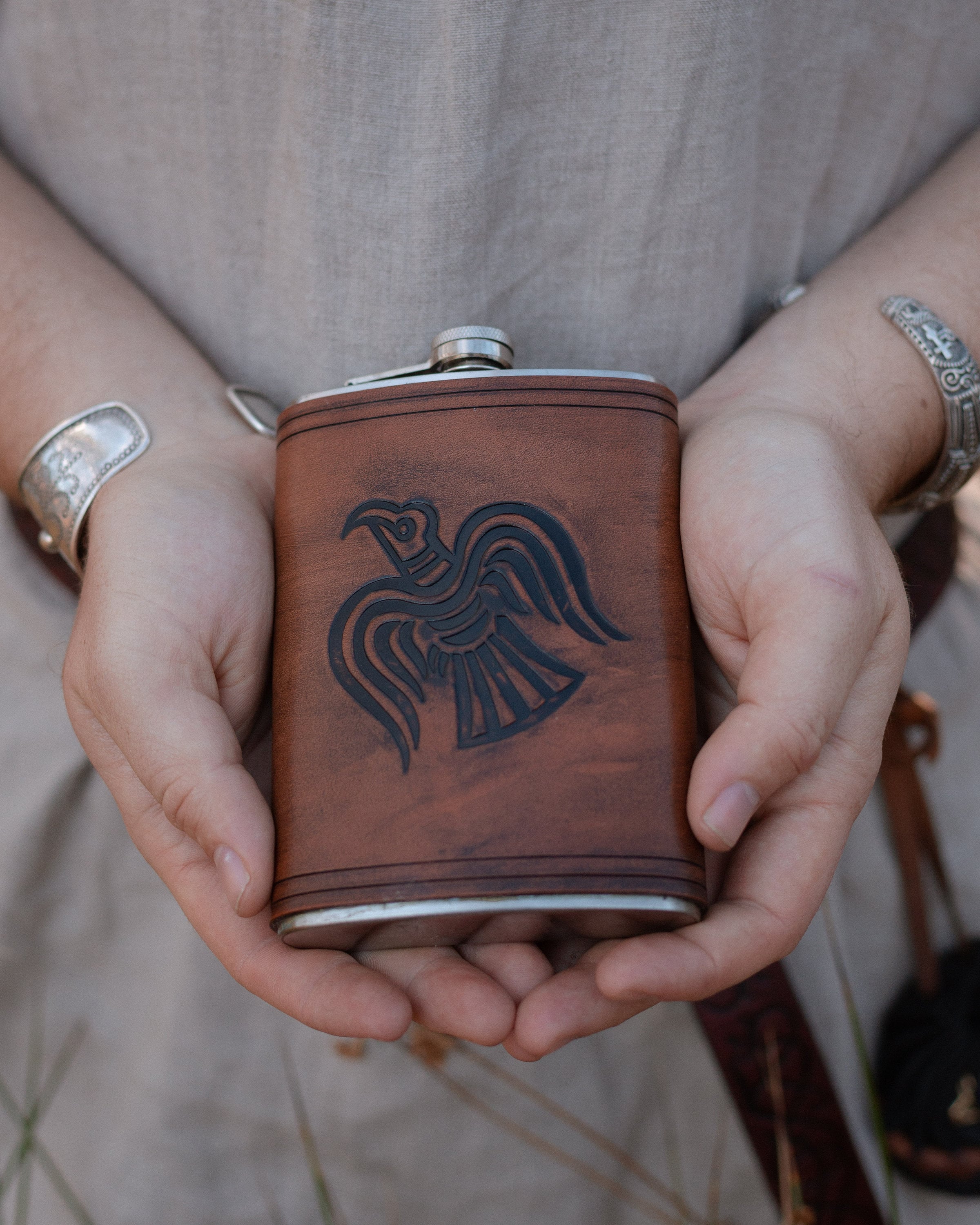 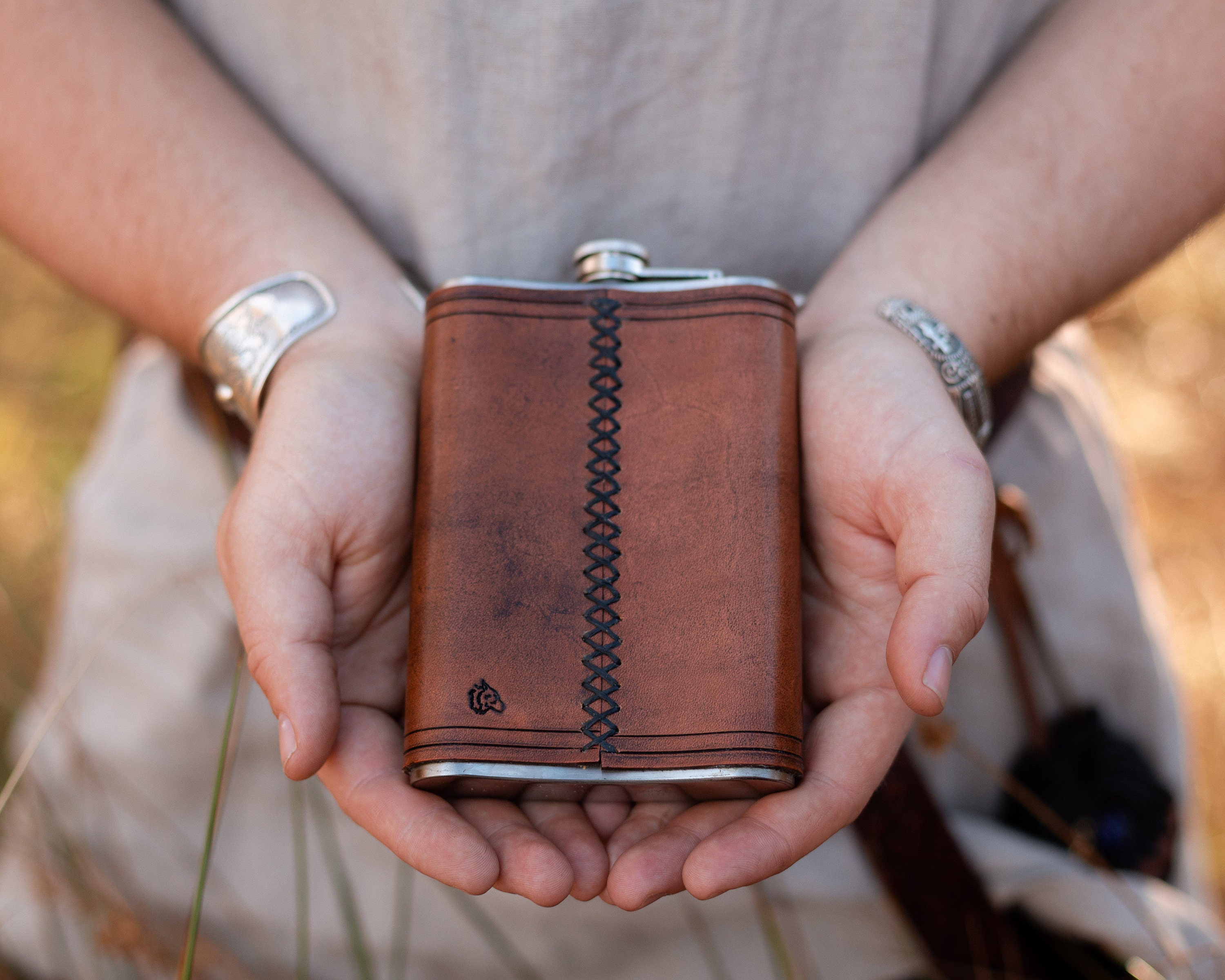 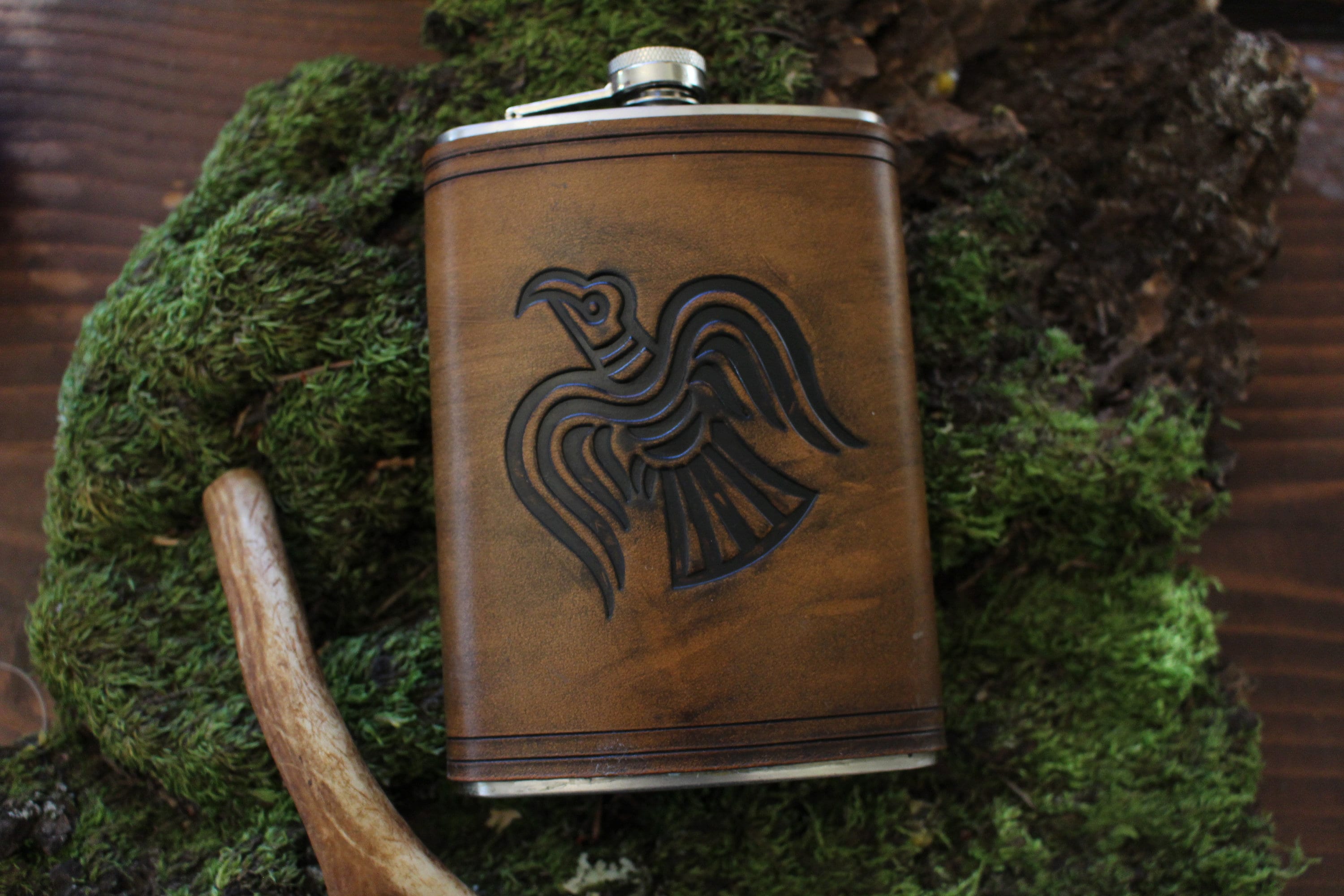 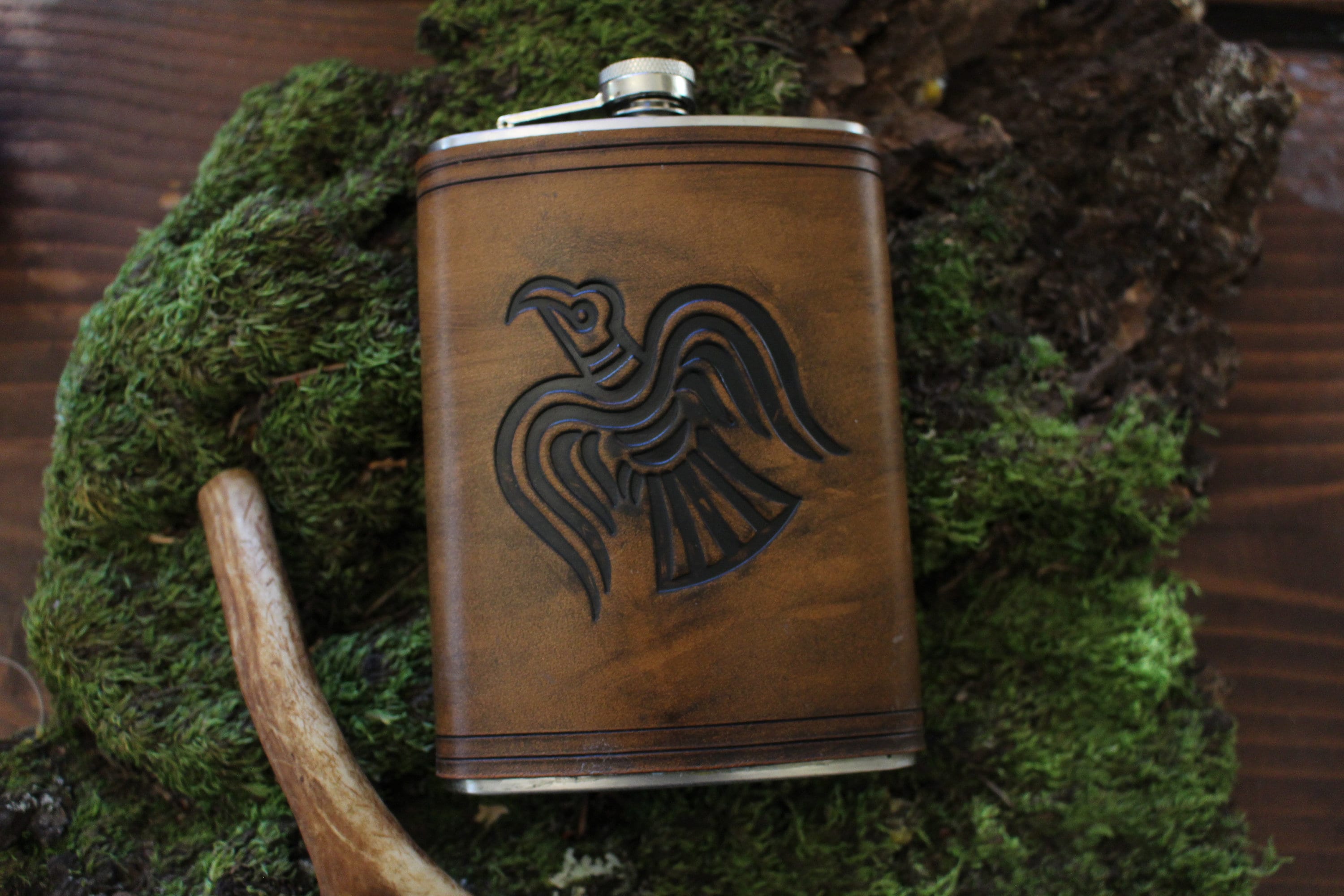 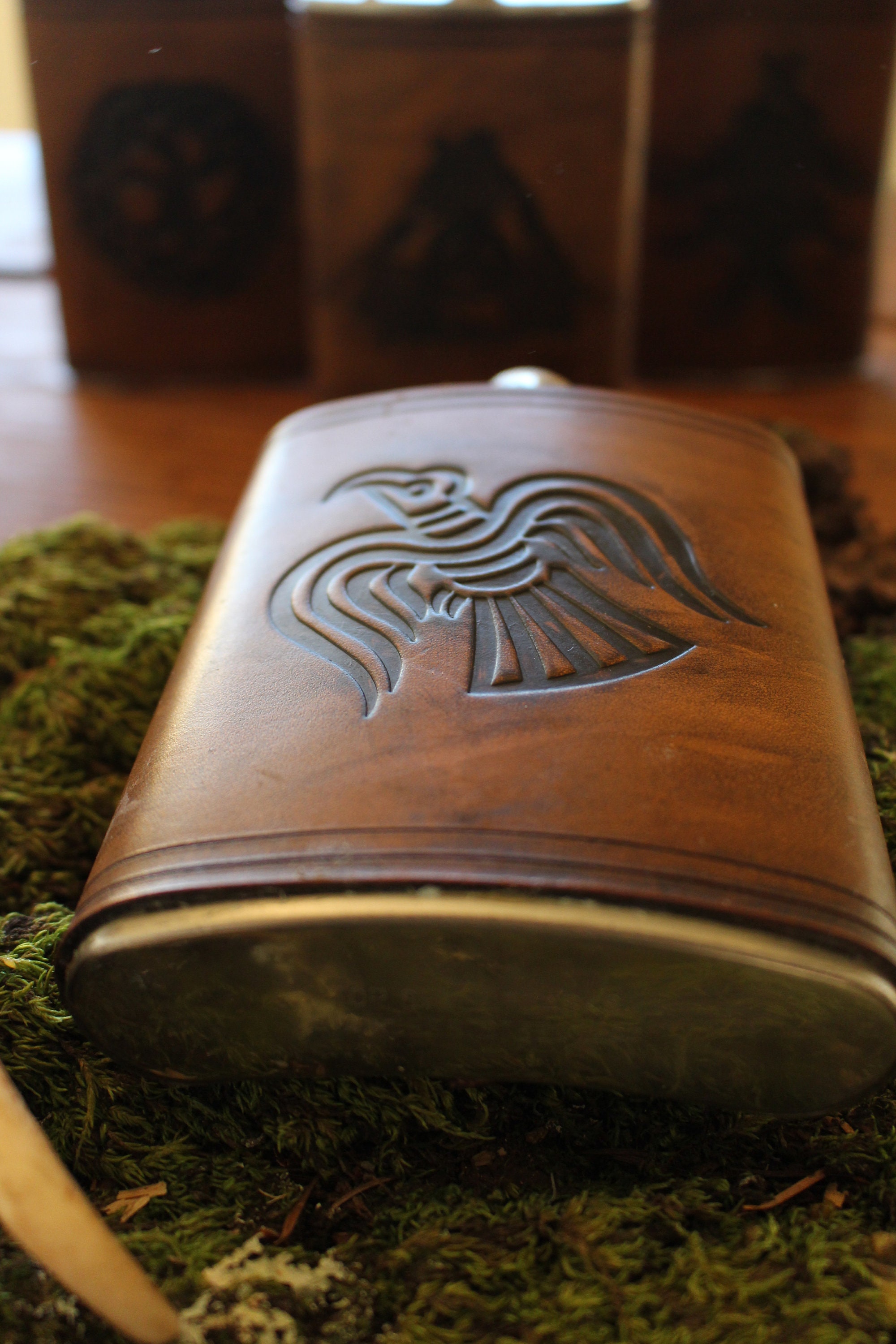 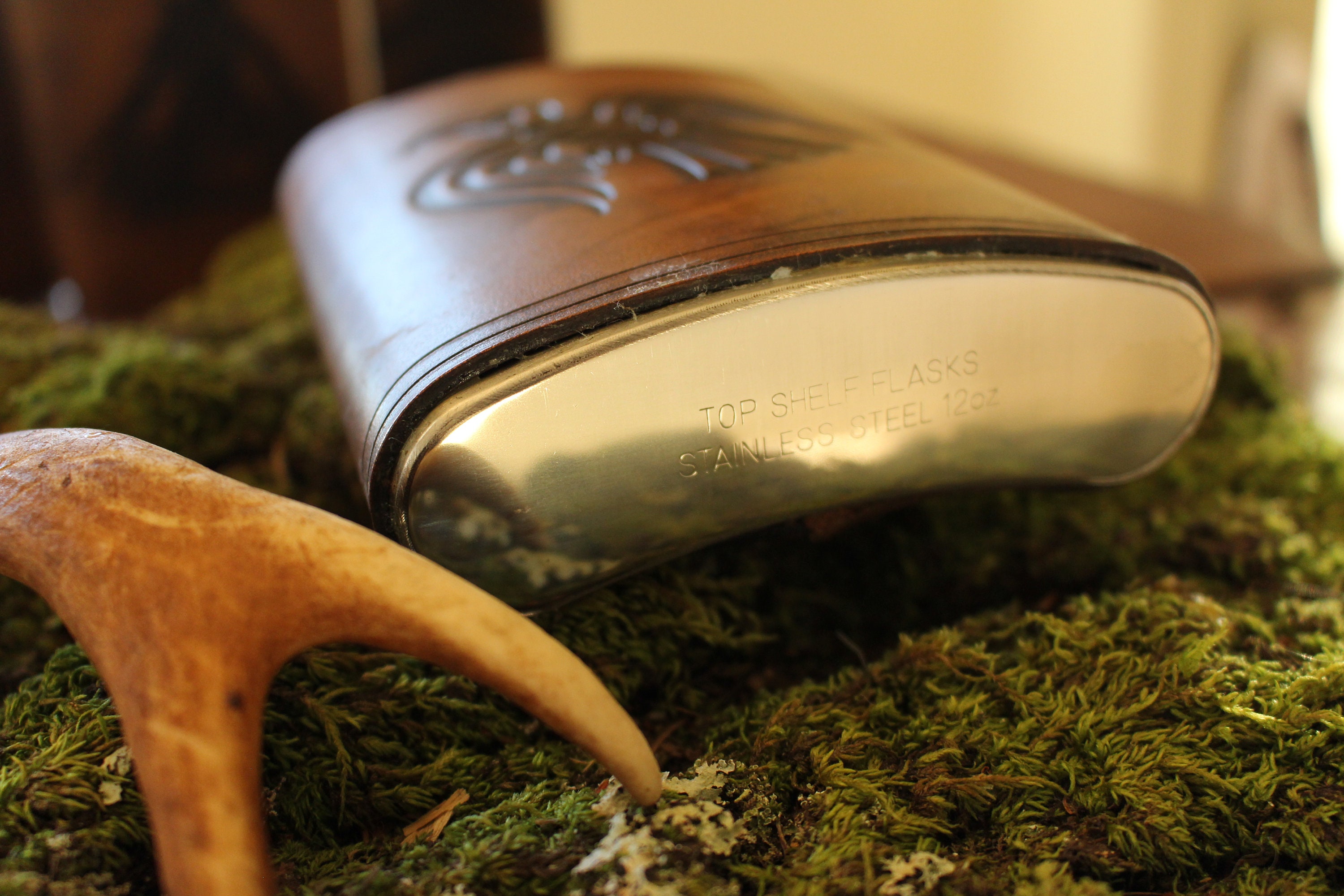 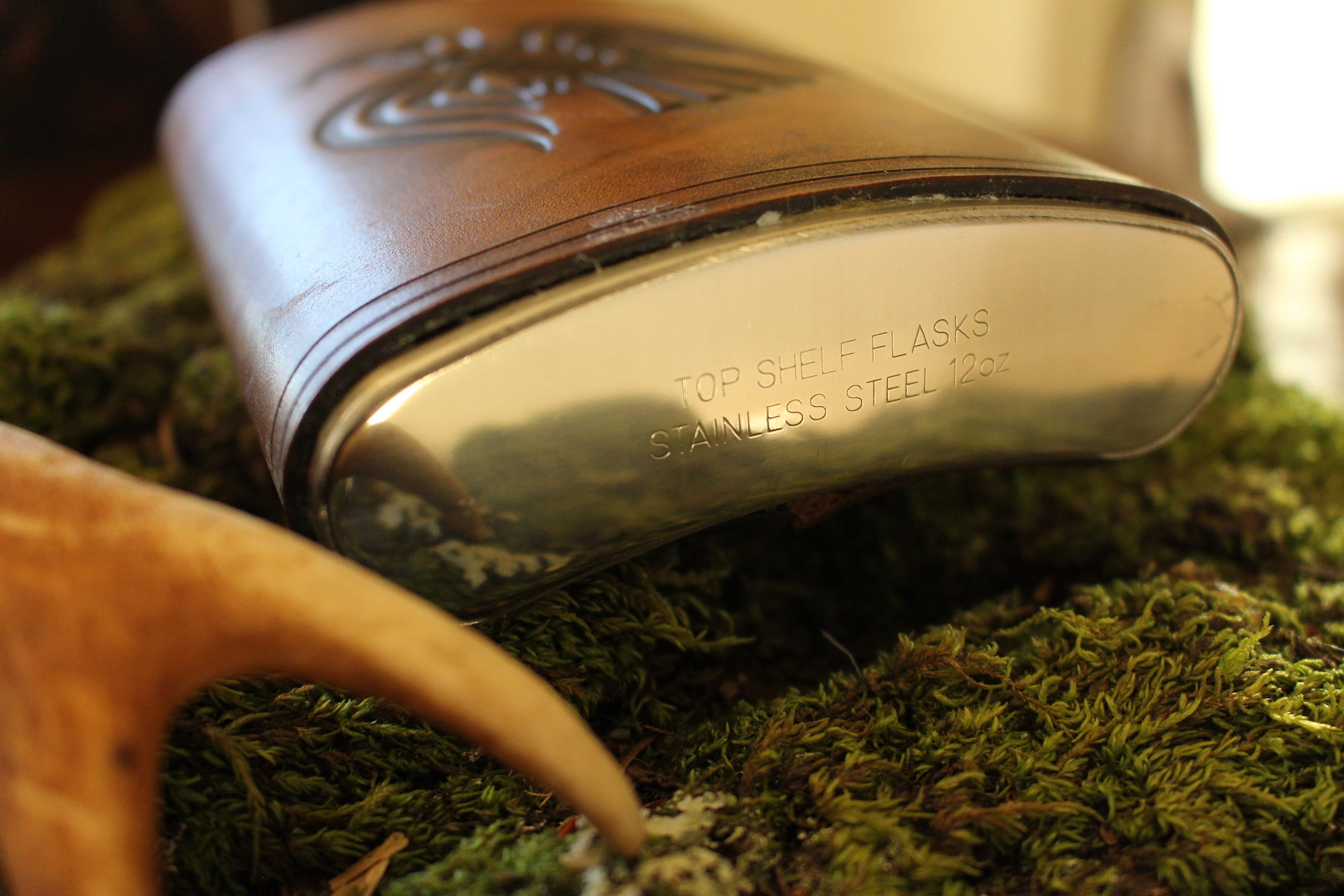 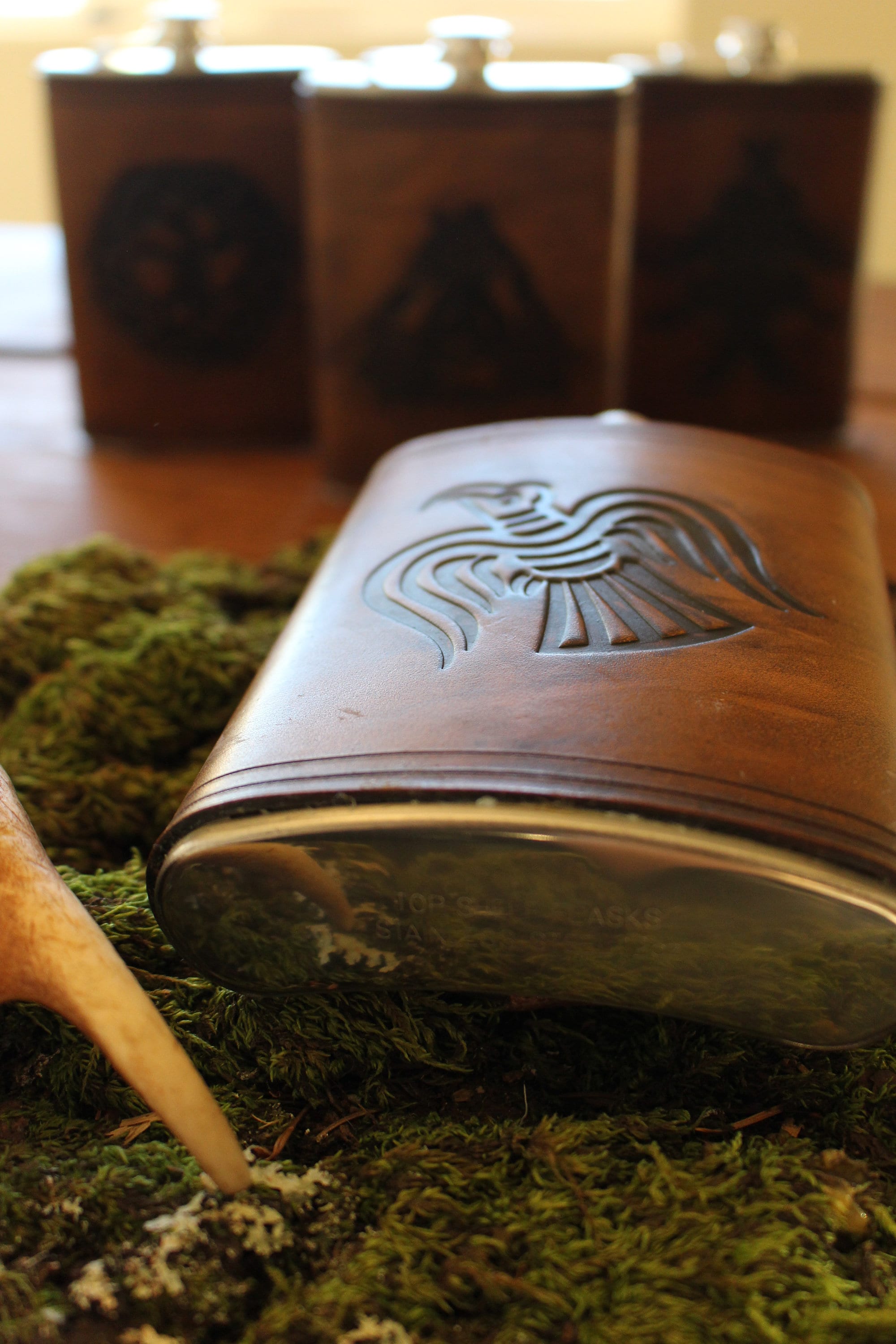 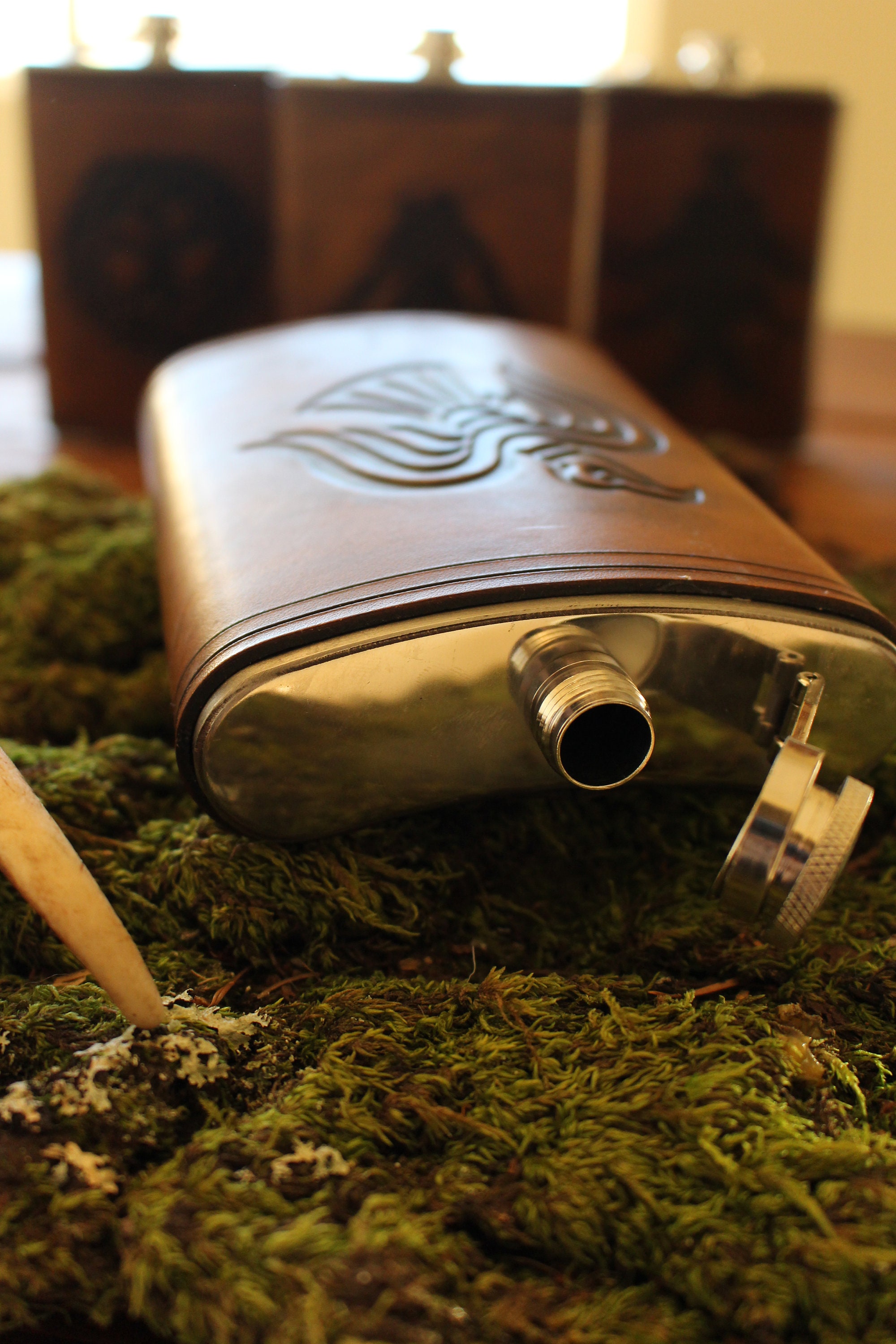 These unique Viking themed flasks have been handcrafted and designed in house, every piece is hand cut, tooled, dyed, sealed and hand sewn.

All of our historical art has been crafted specifically for, and is owned by Lykosleather.

The flask holds 12 oz of your favorite drink.

Prominently within Norse artwork and sagas, ravens were often connected with the warrior because they were known as devourers, and fed on the dead. This may also be why they are an animal of Odin, the god affiliated with war and battle himself.

The flask is very impressive.