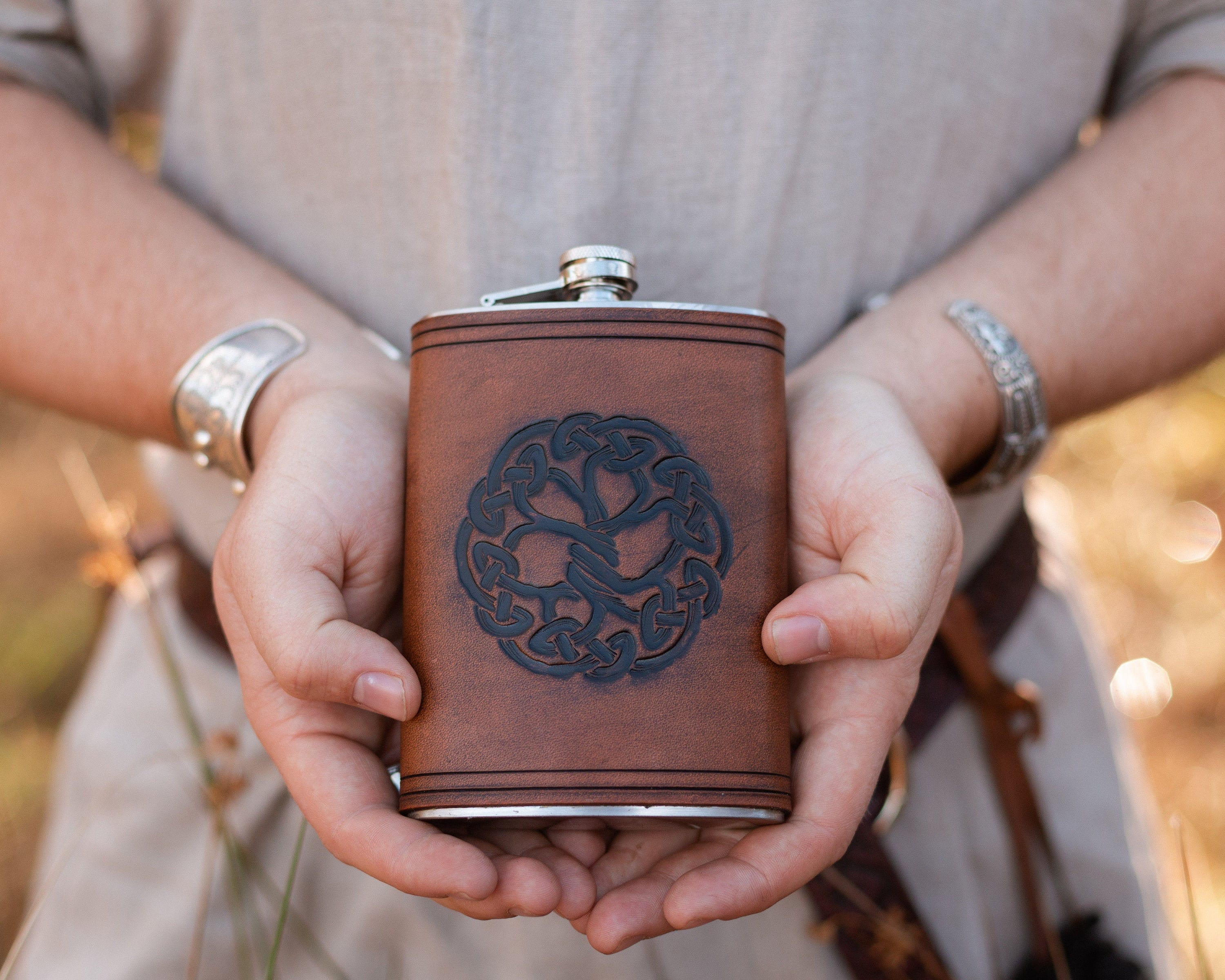 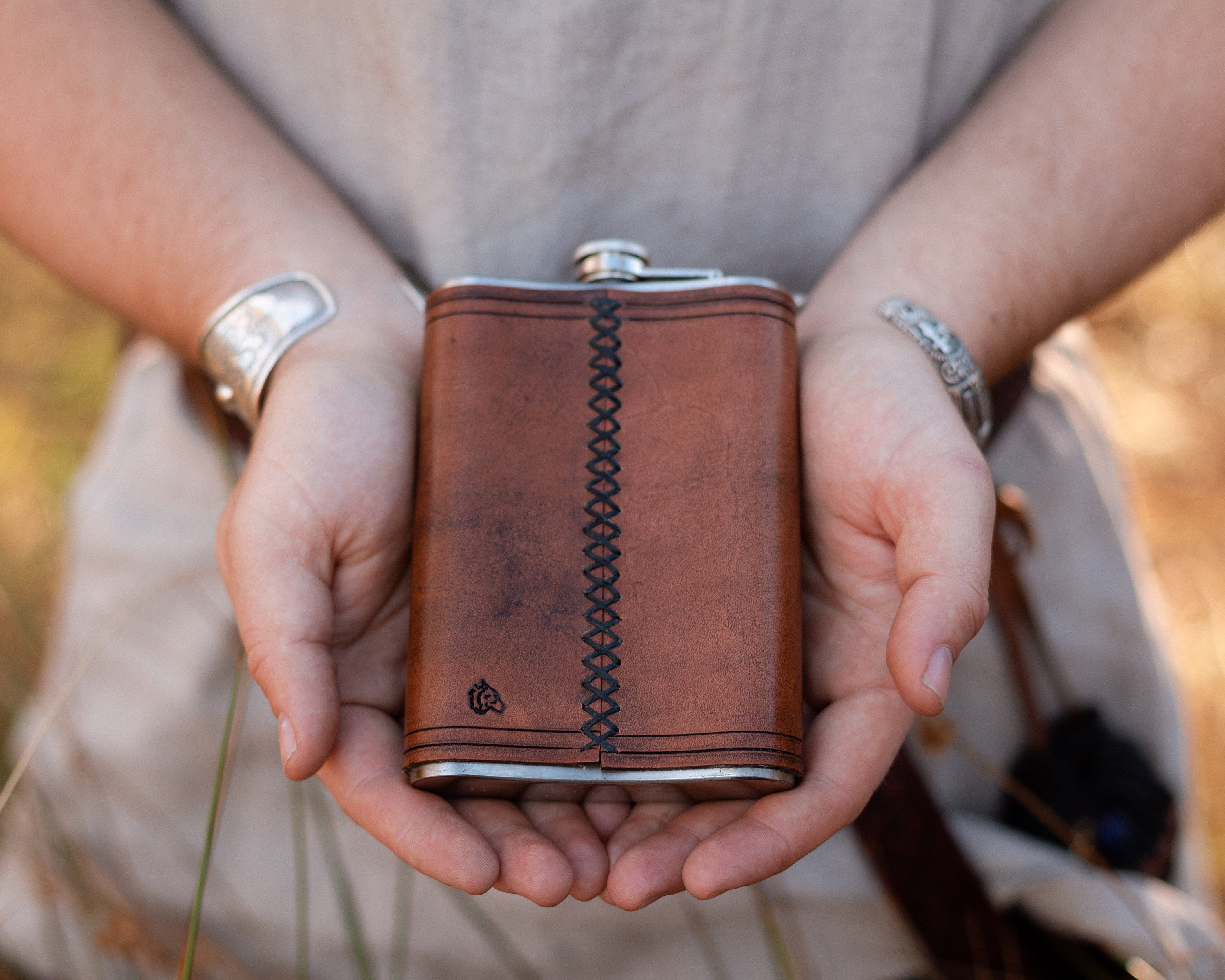 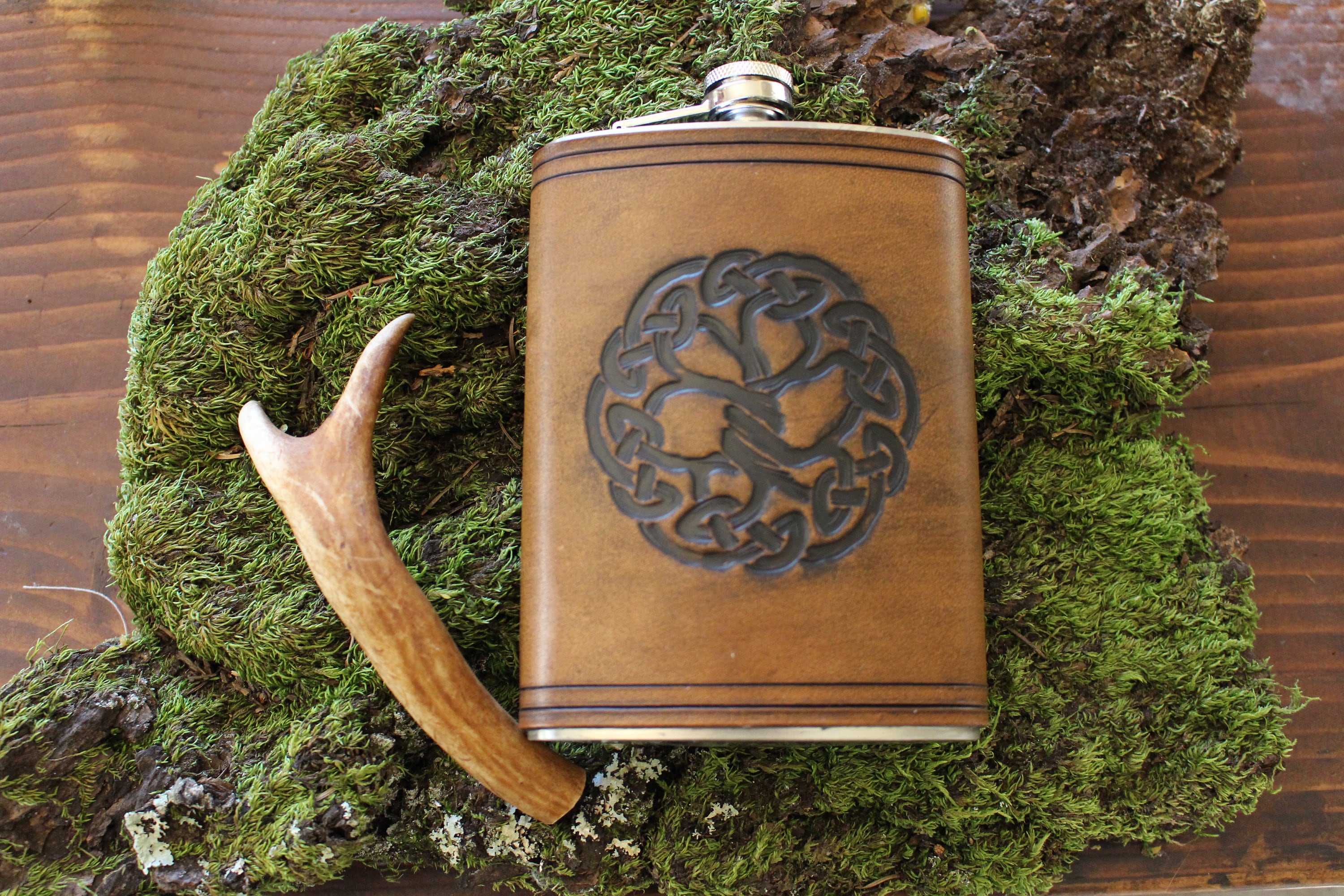 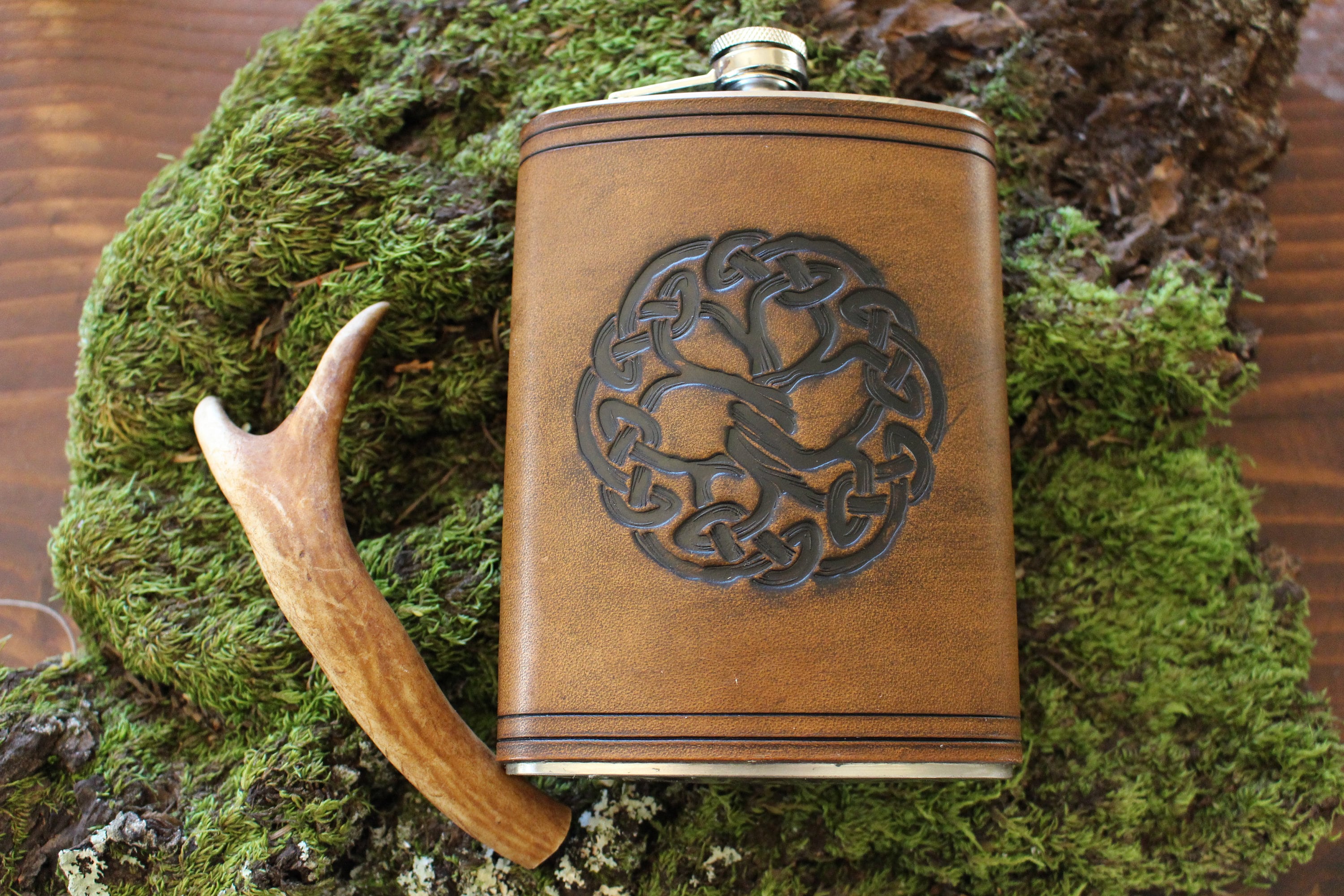 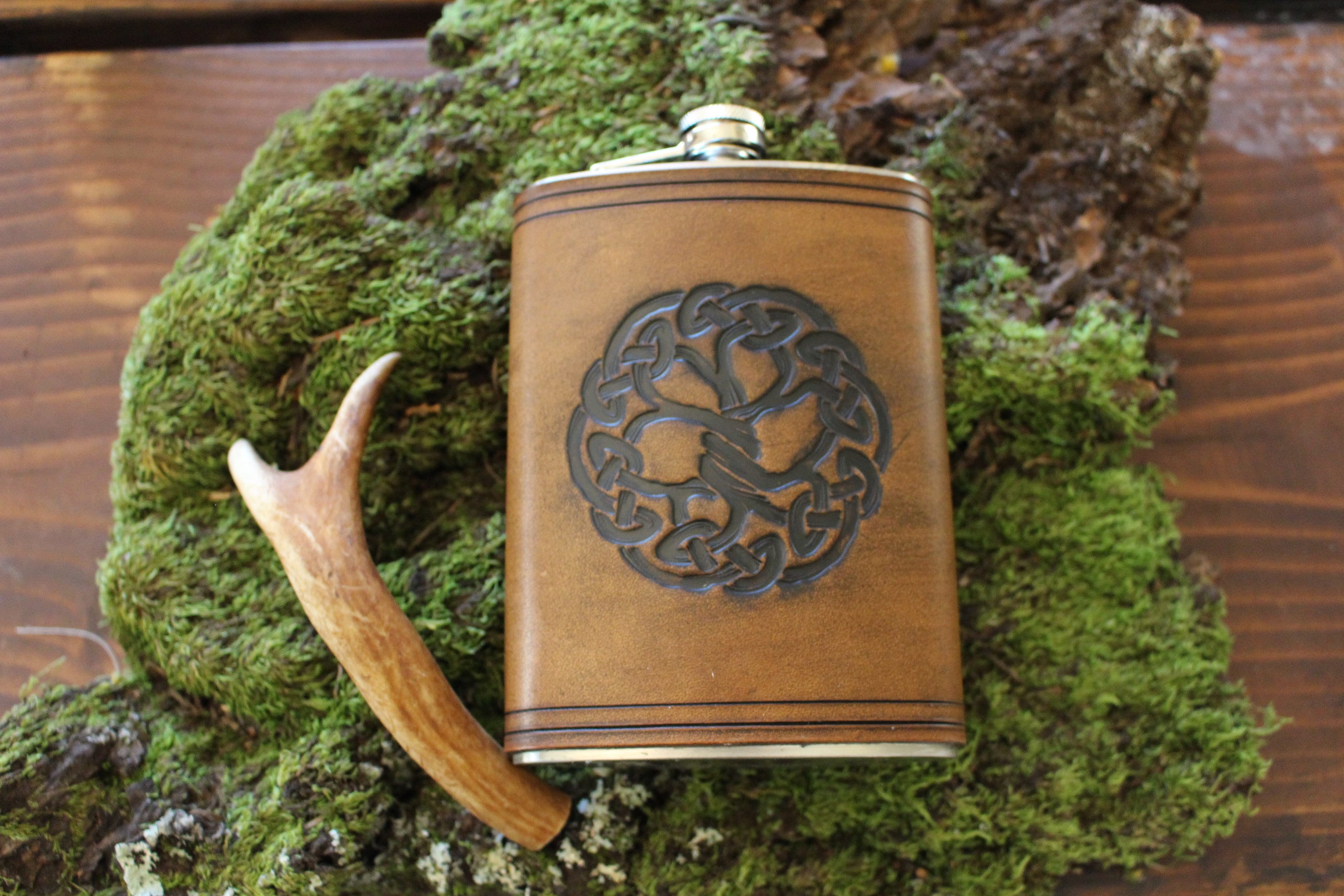 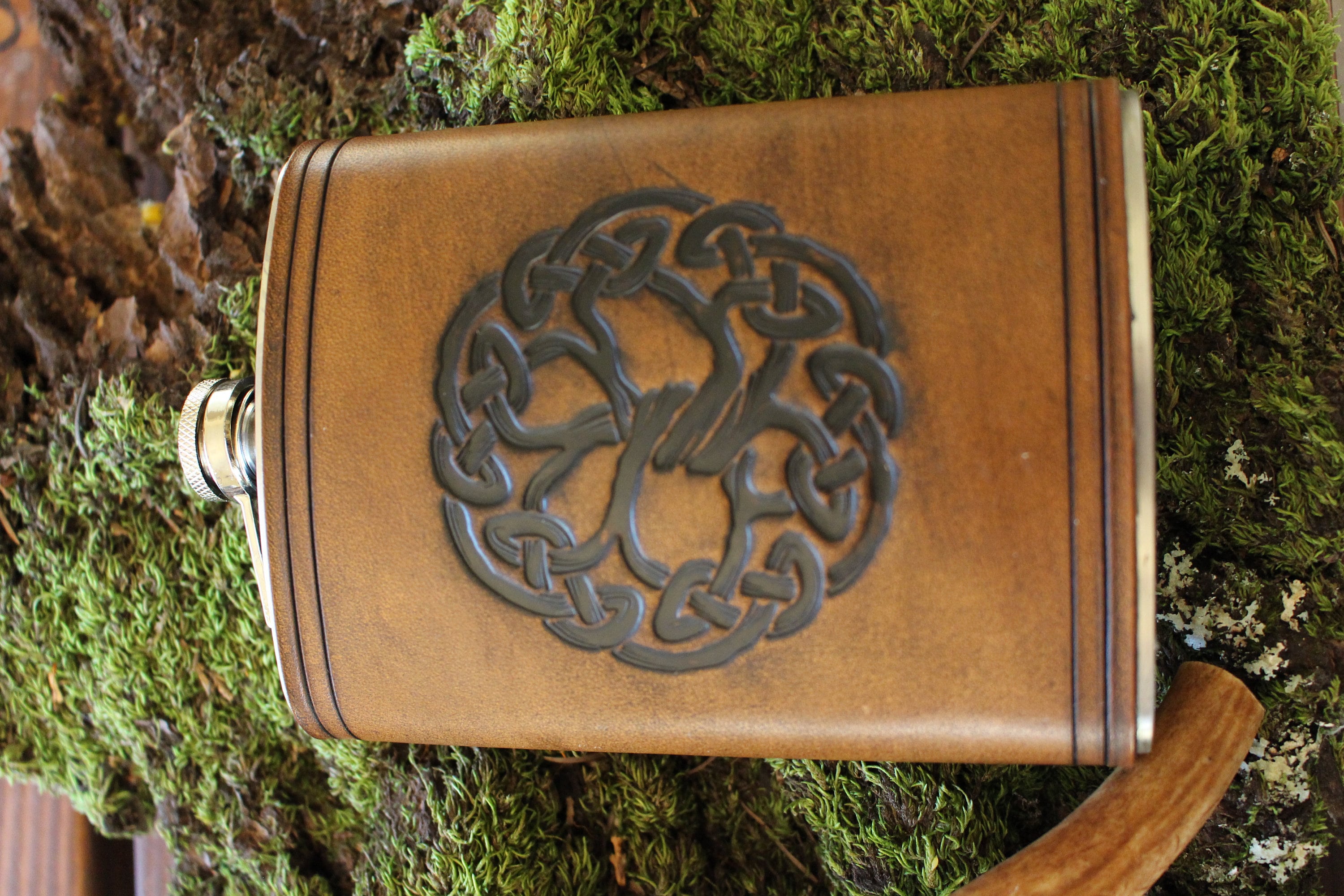 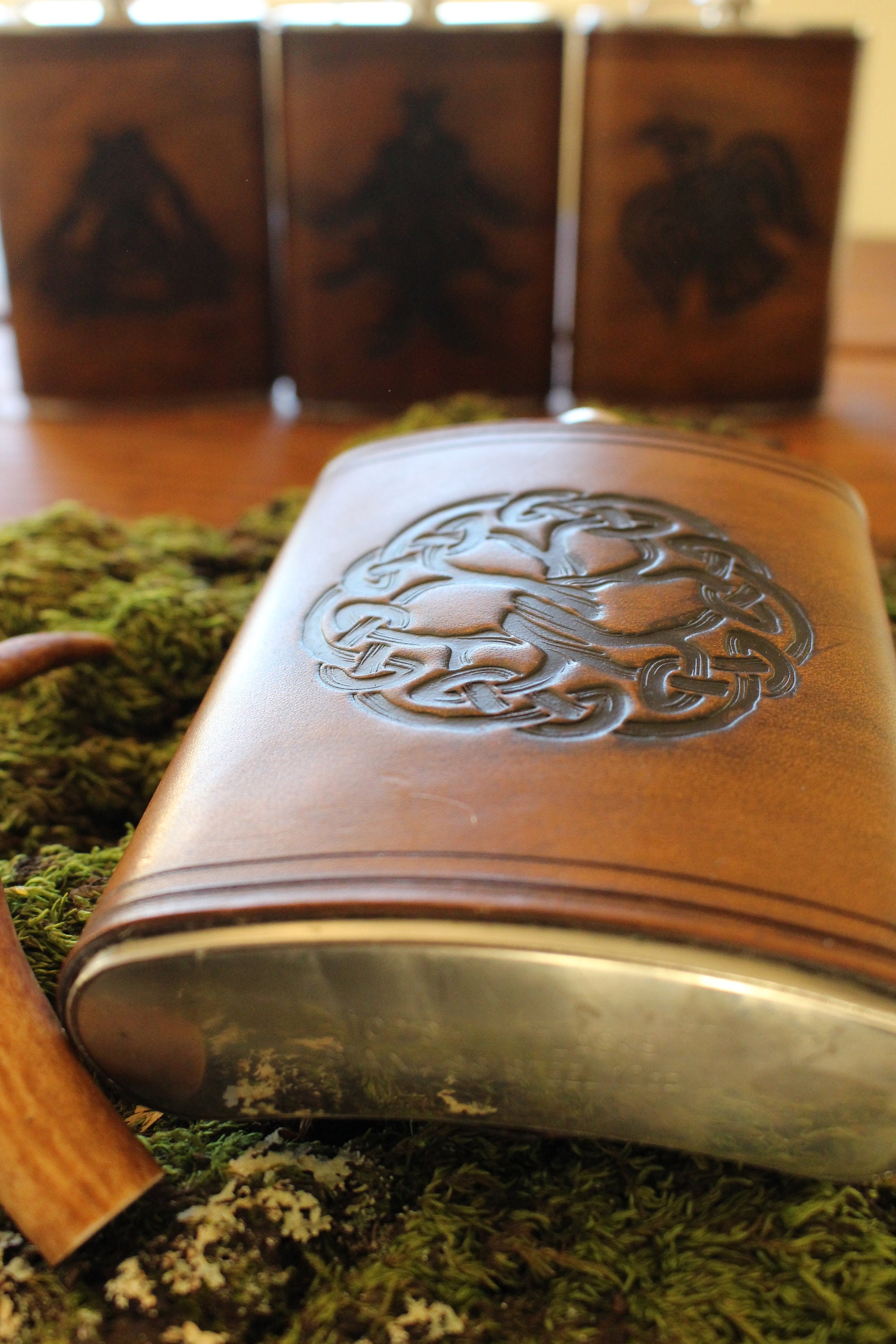 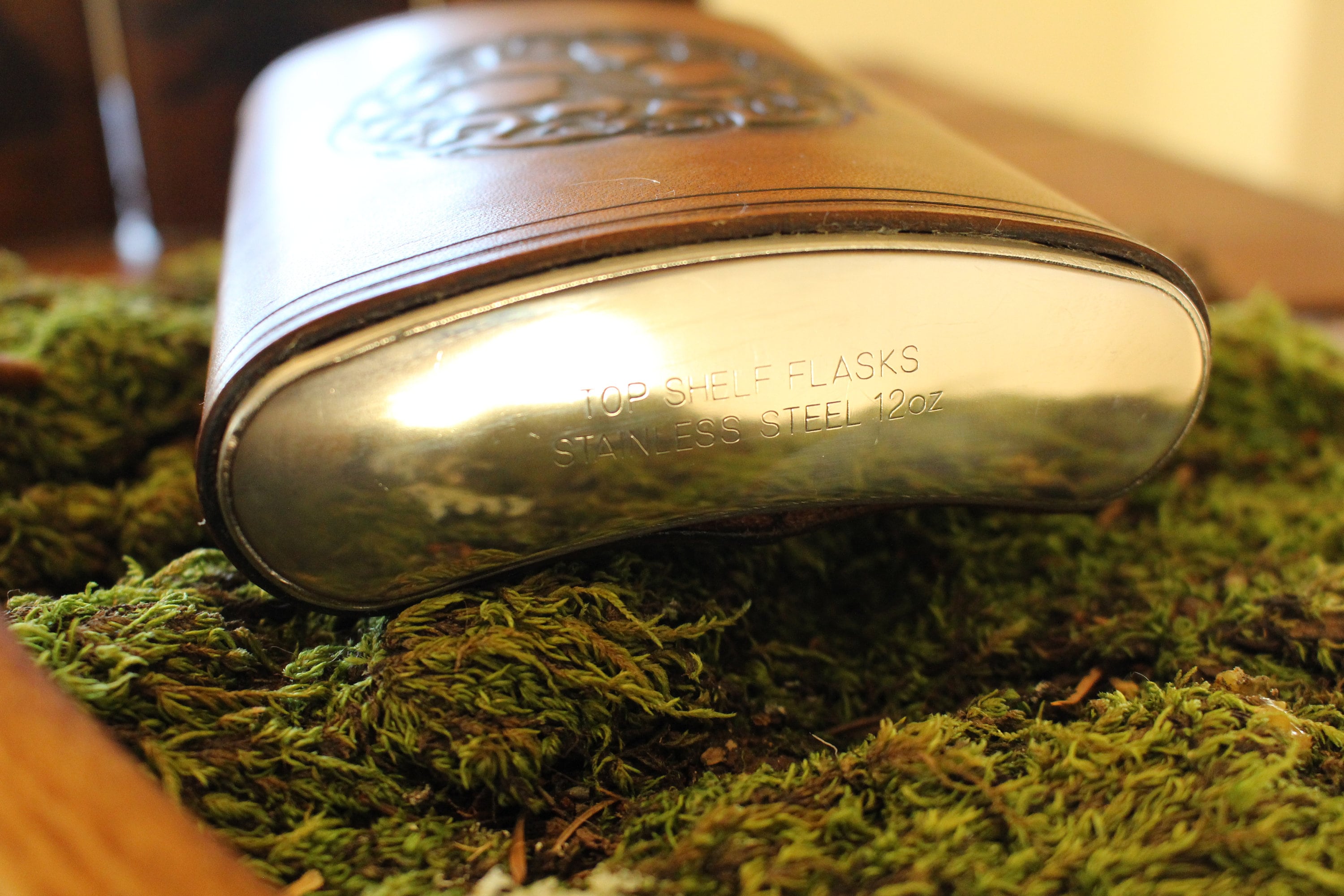 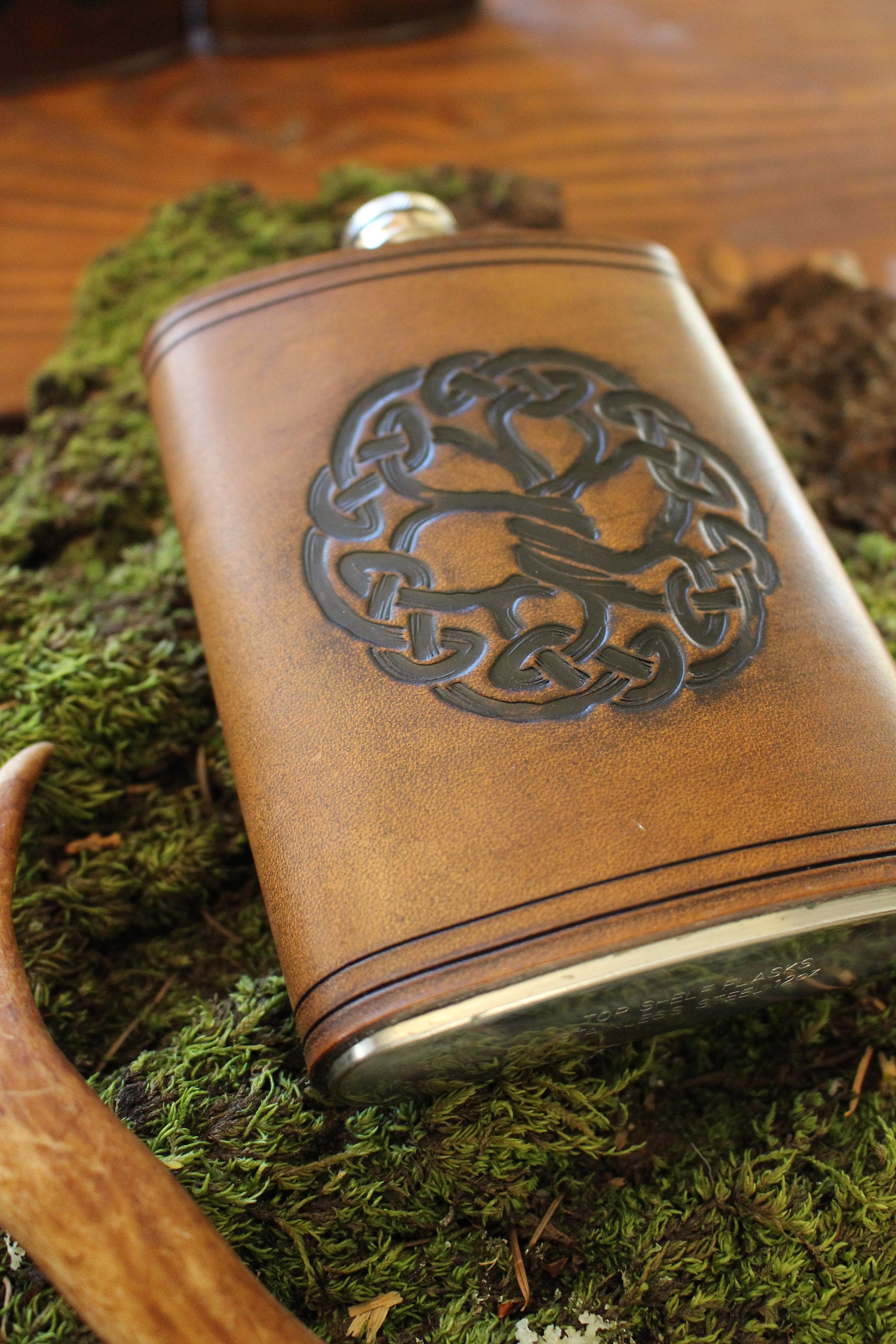 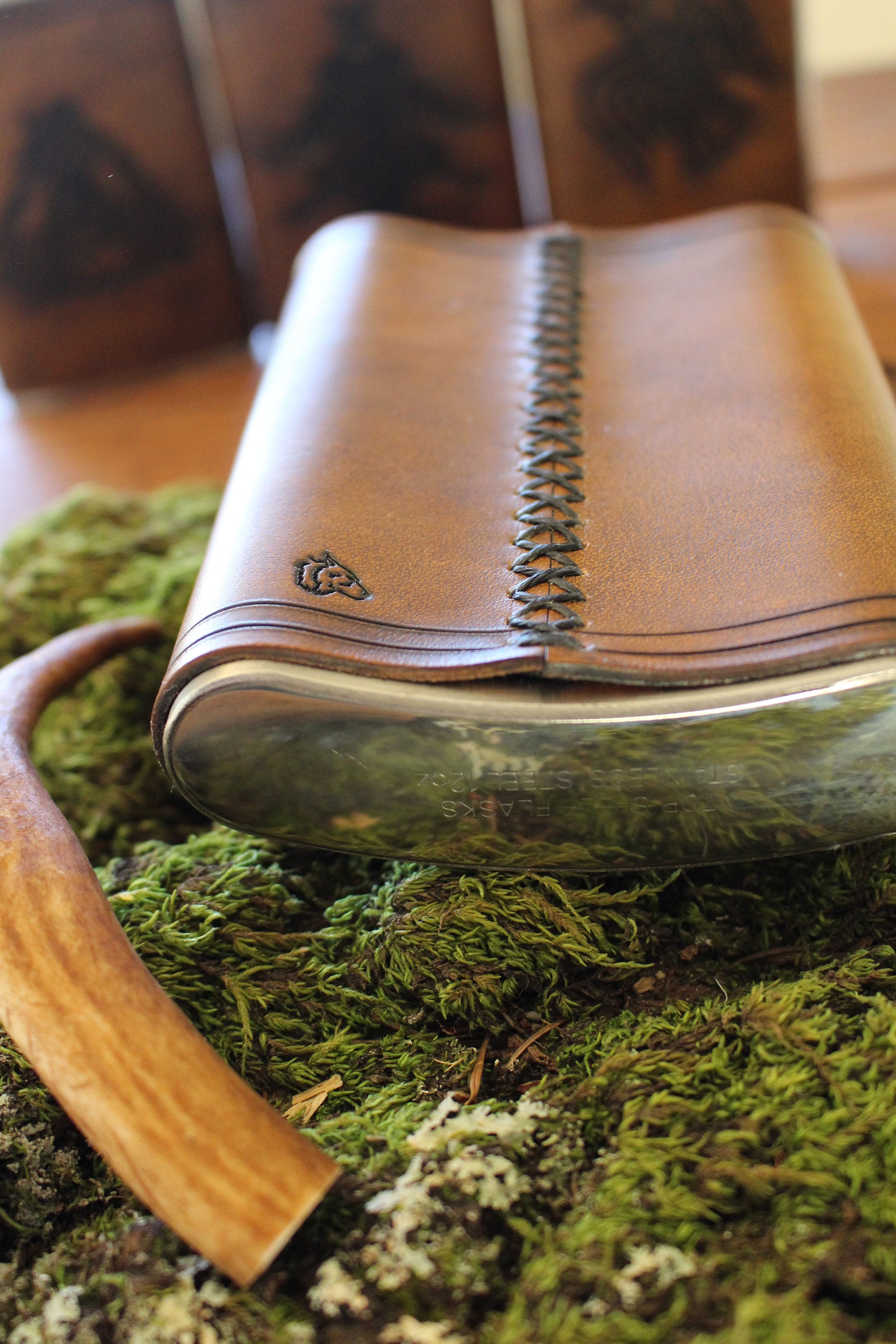 These unique Viking themed flasks have been handcrafted and designed in house, every piece is hand cut, tooled, dyed, sealed and hand sewn.

All of our historical art has been crafted specifically for, and is owned by Lykosleather.

The flask holds 12 oz of your favorite drink.

Wonderful craftsmanship! Can't wait for the recipient to get it and use it!