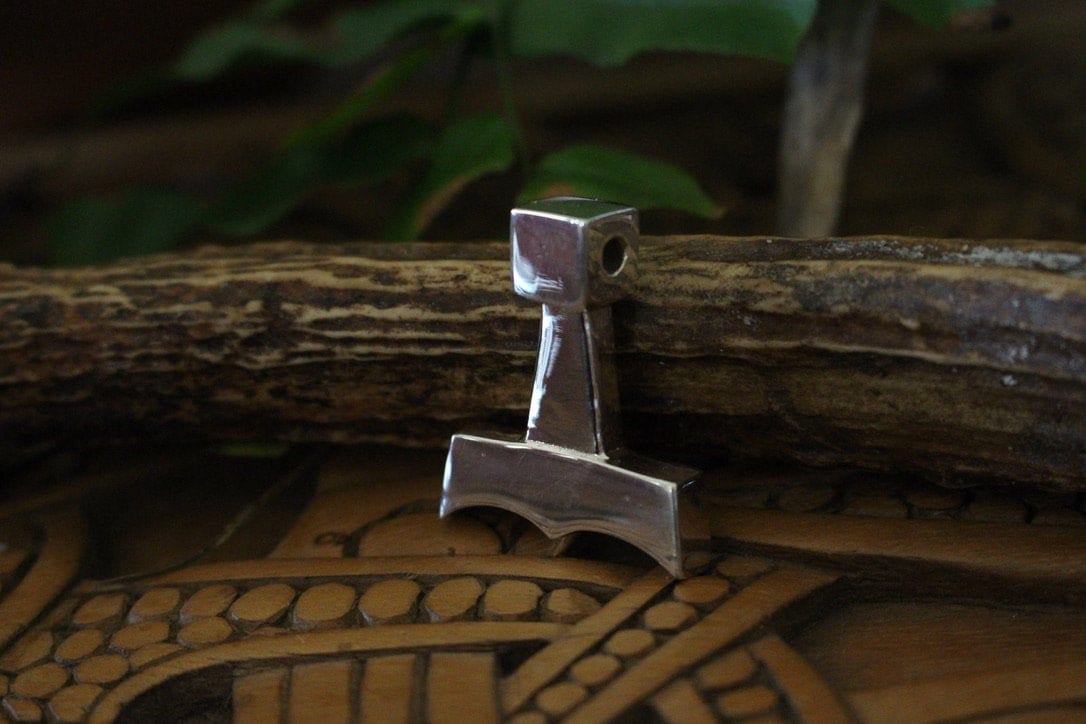 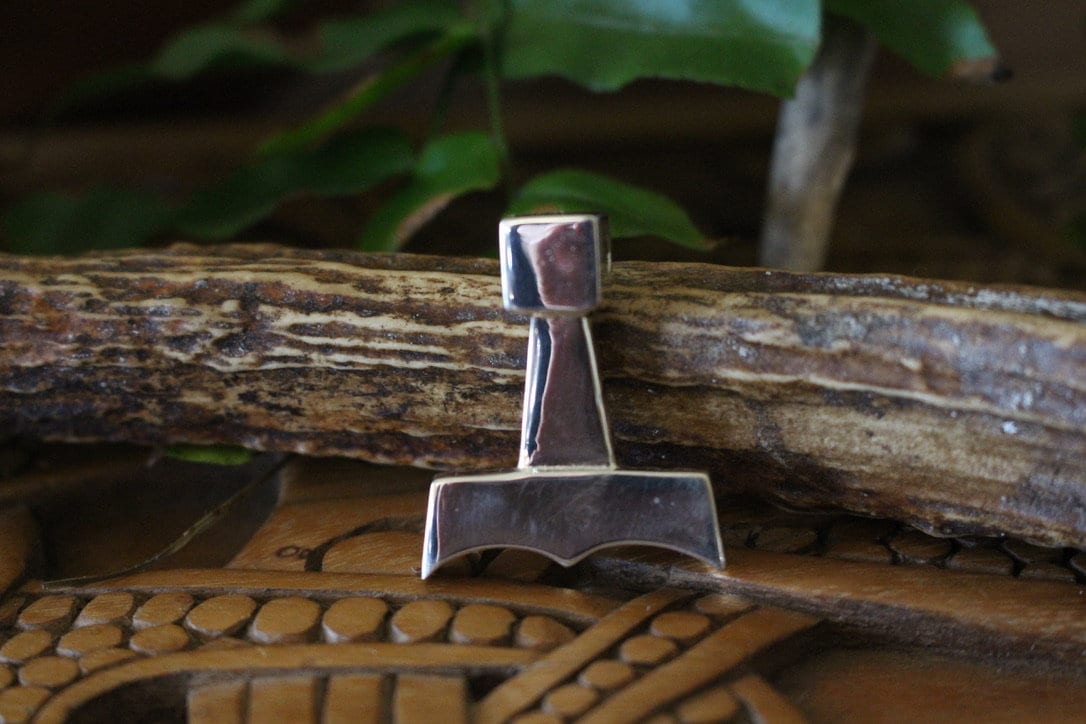 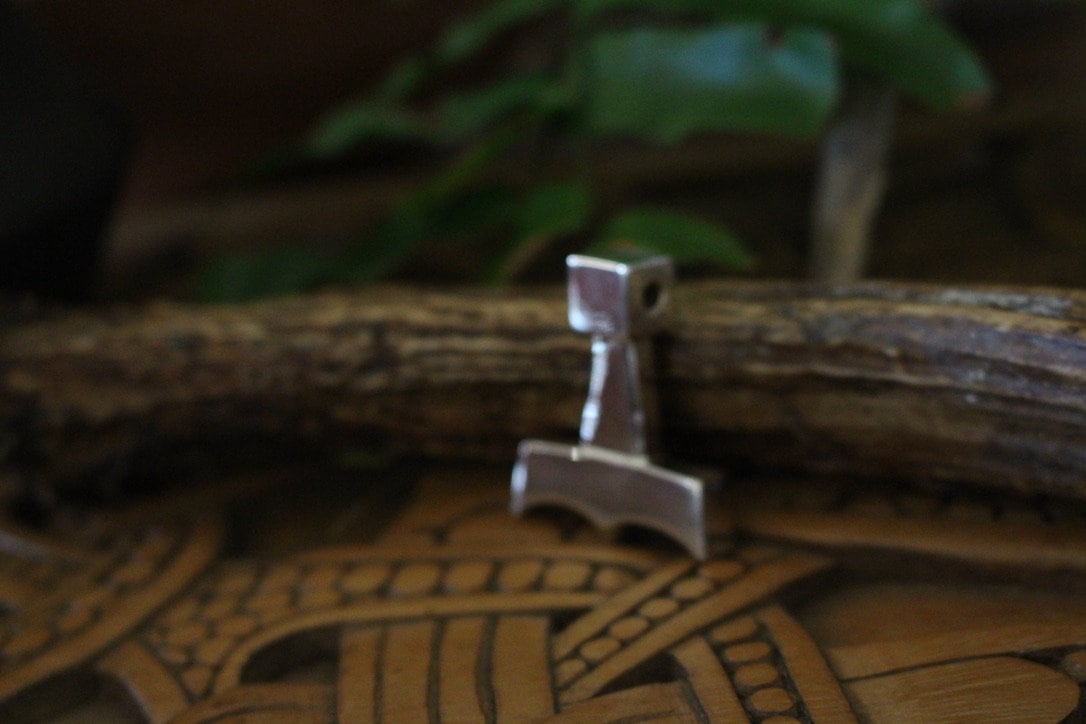 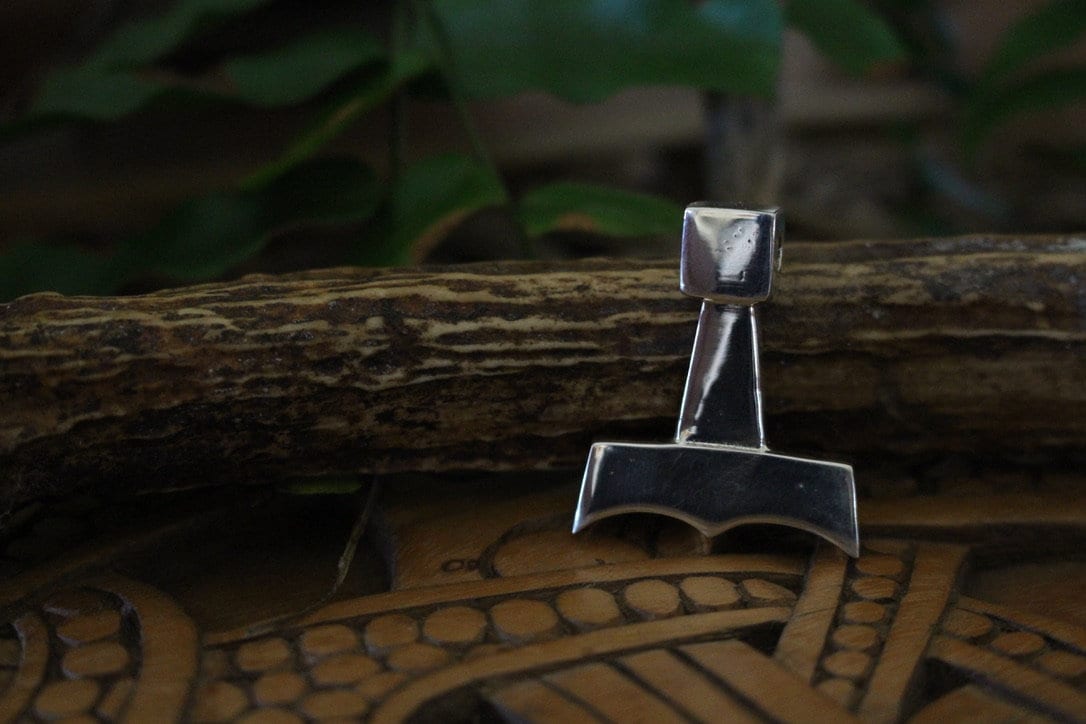 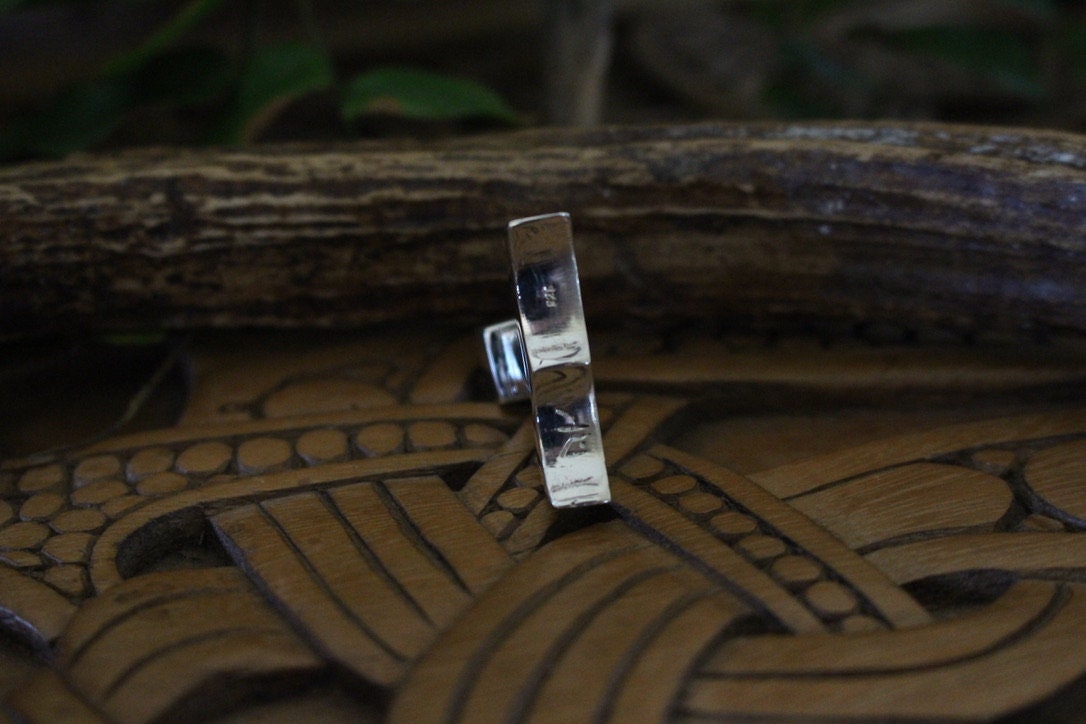 It depicts two wolves woven with knotwork and comes on a leather cord with two handmade green beads!