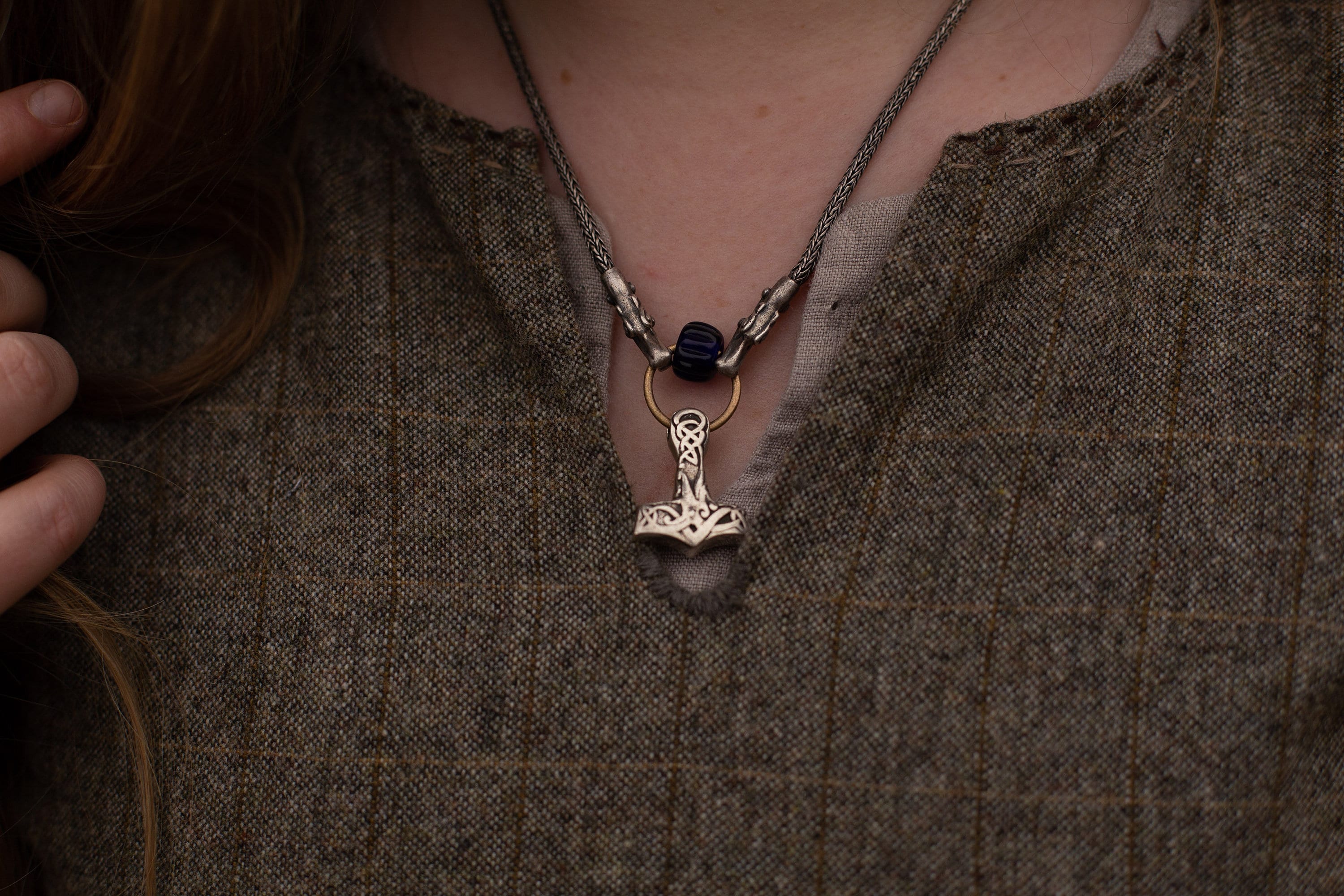 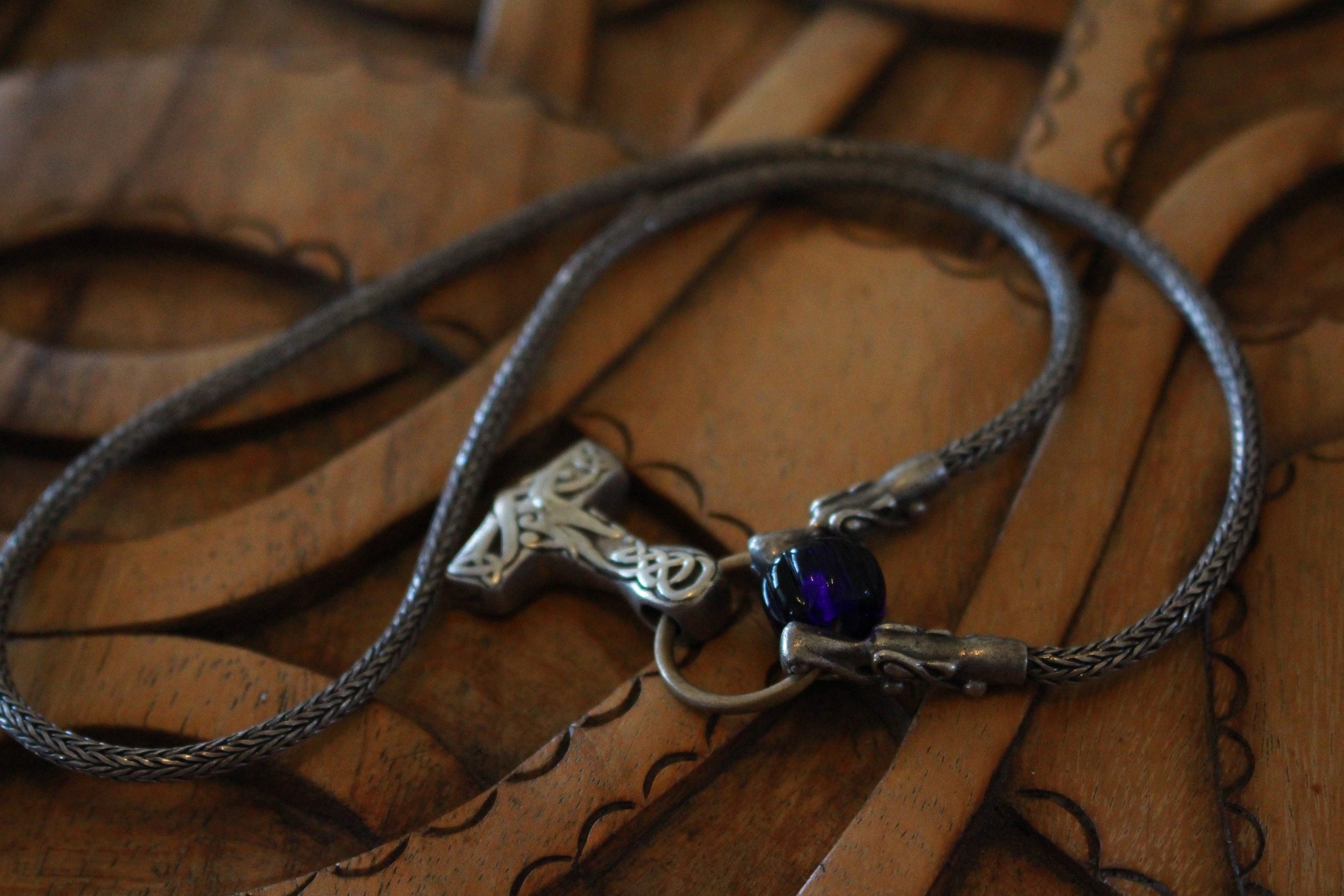 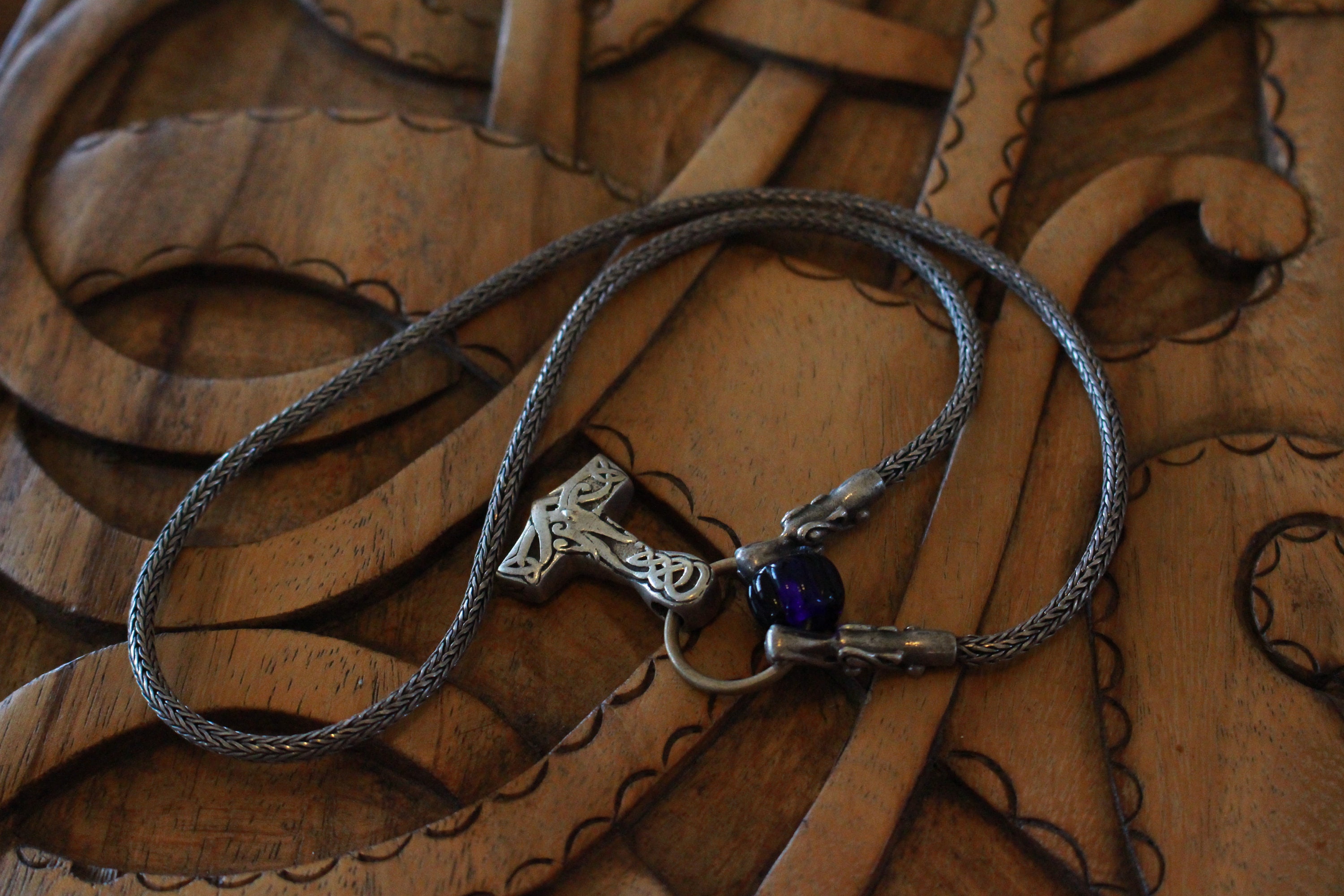 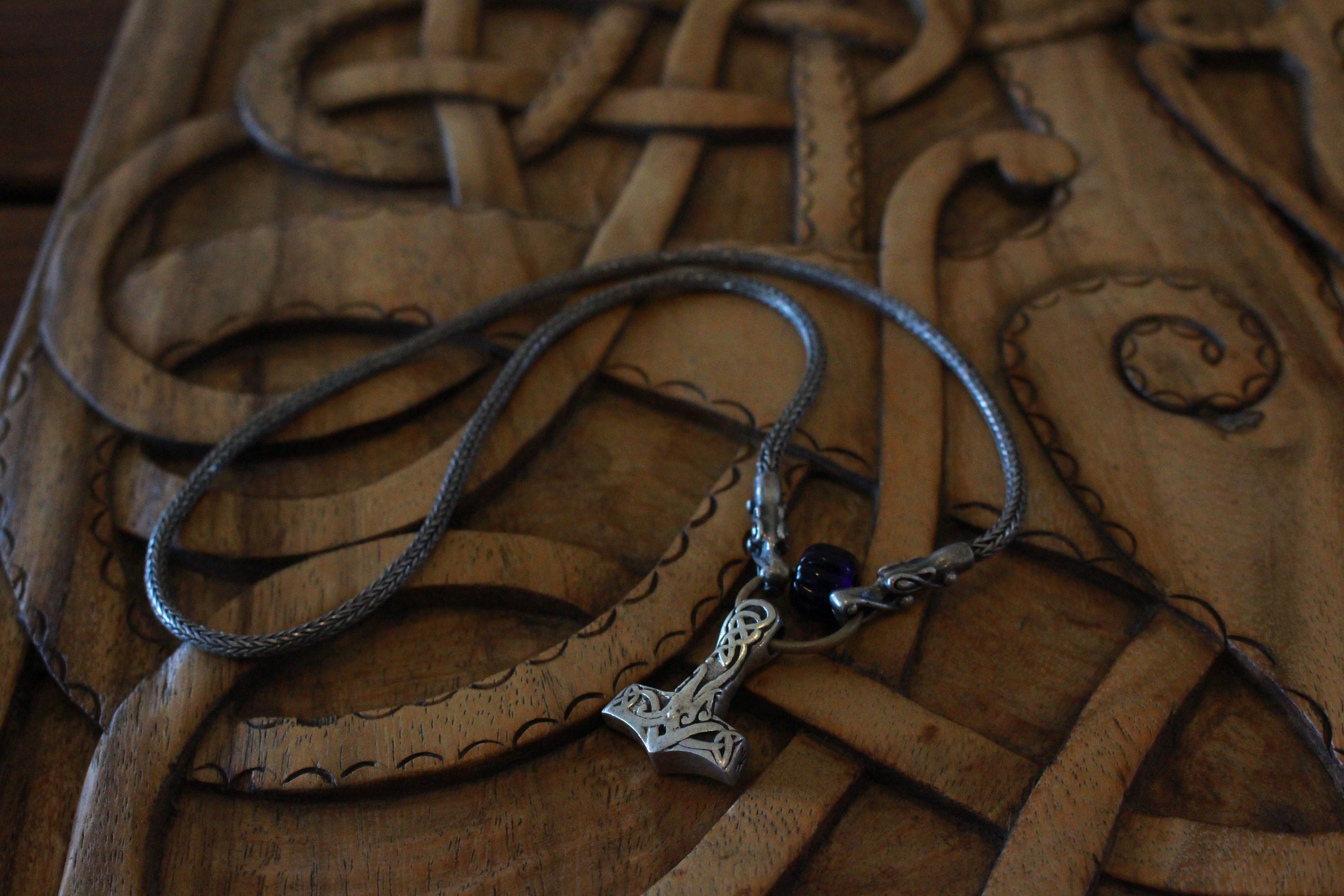 This pendant was designed by the German master of tattoo and lead singer of Heilung, Kai Uwe Faust. Each one is handmade and cast in Sterling Silver or Bronze. It is decorated with interlaced Urnes style dragon knotwork designs on both sides.

***
Please feel free to message us if you have any questions at all!