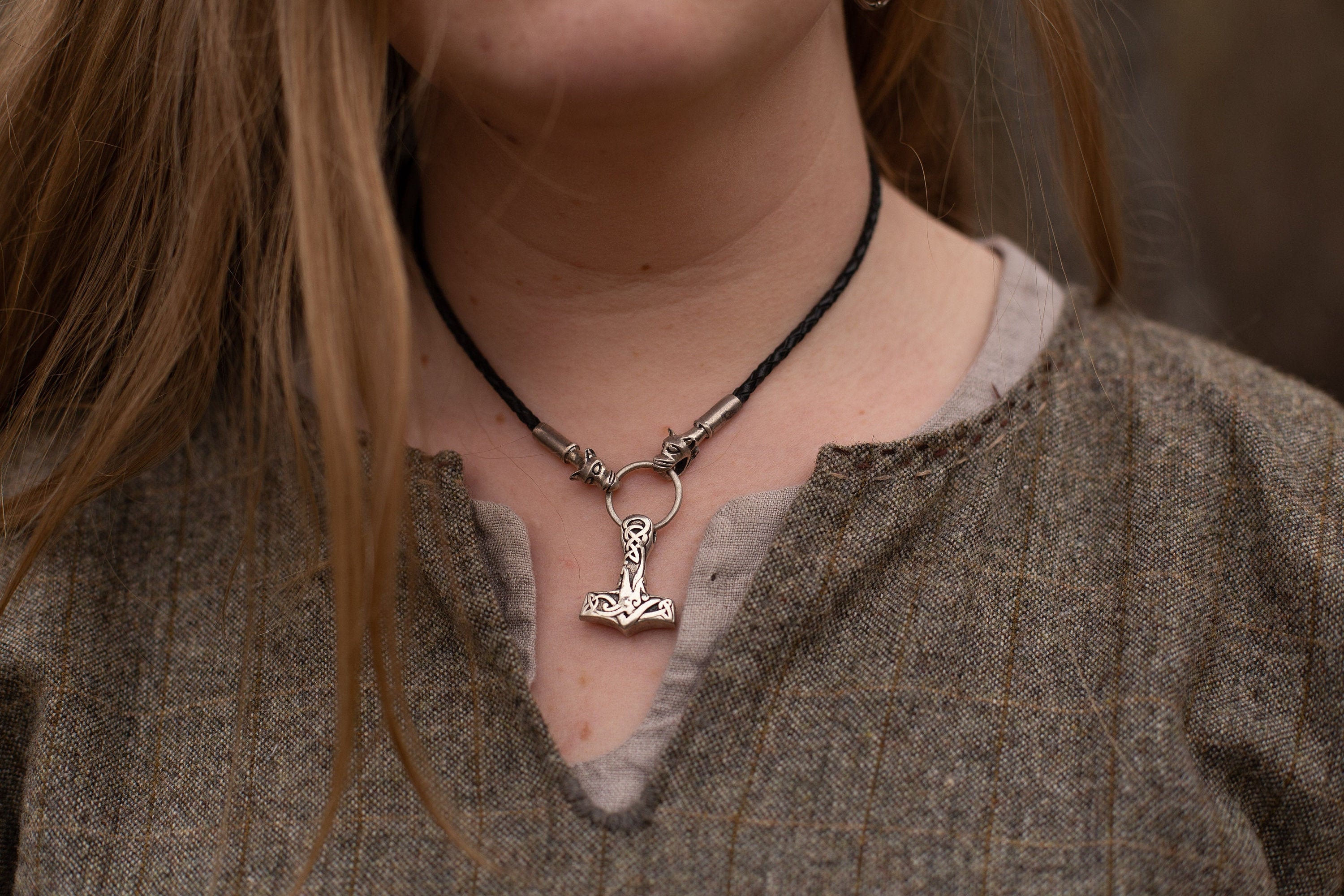 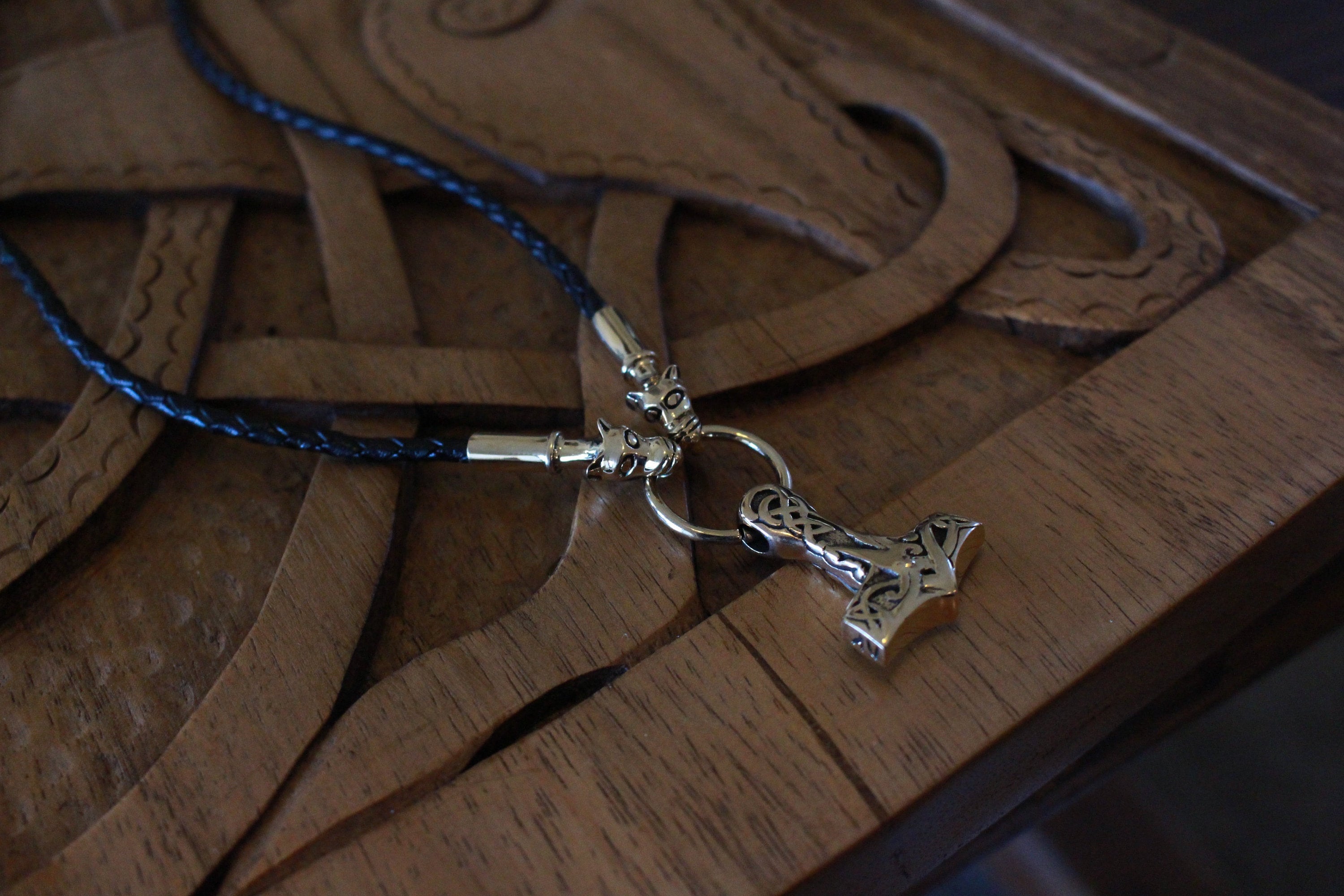 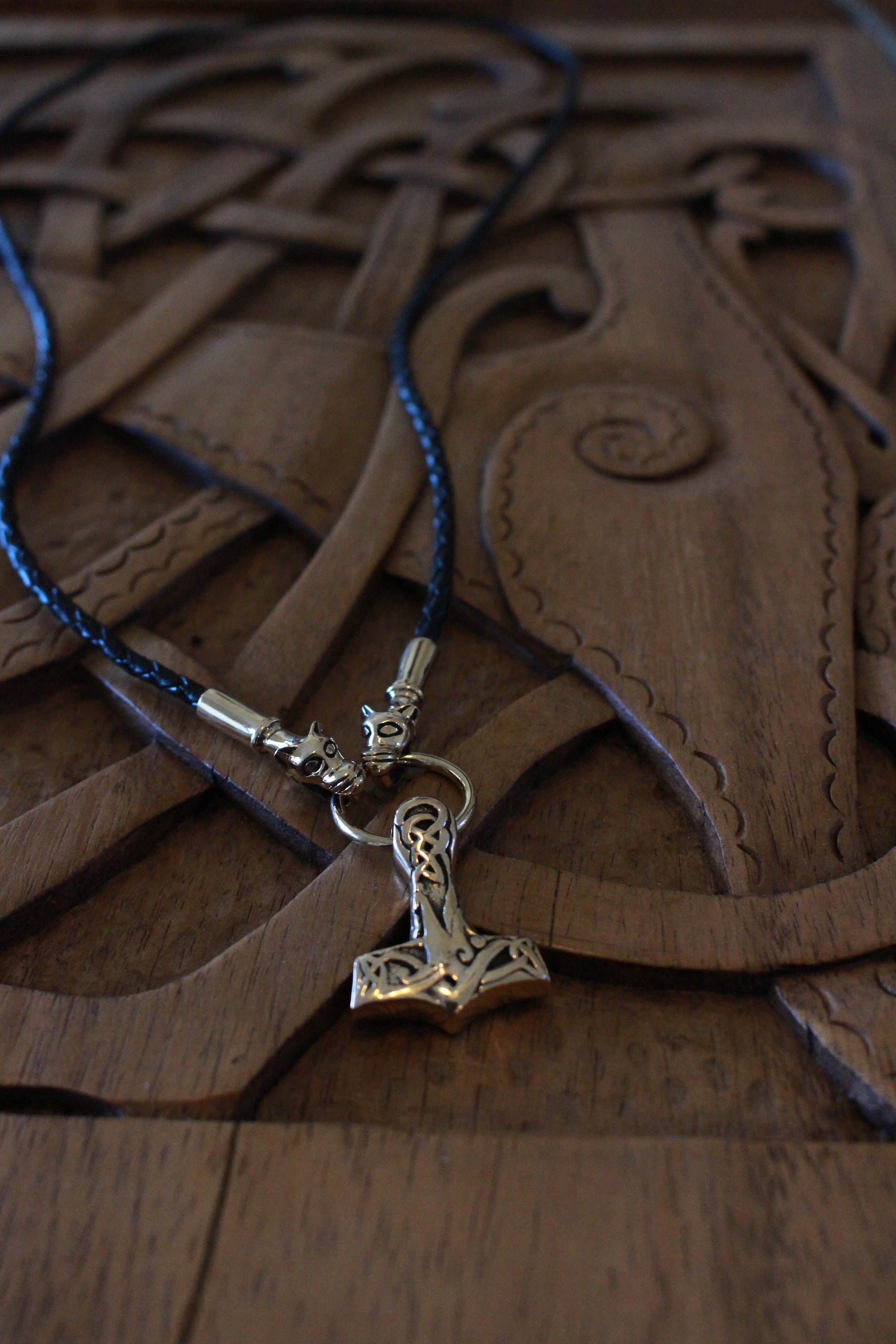 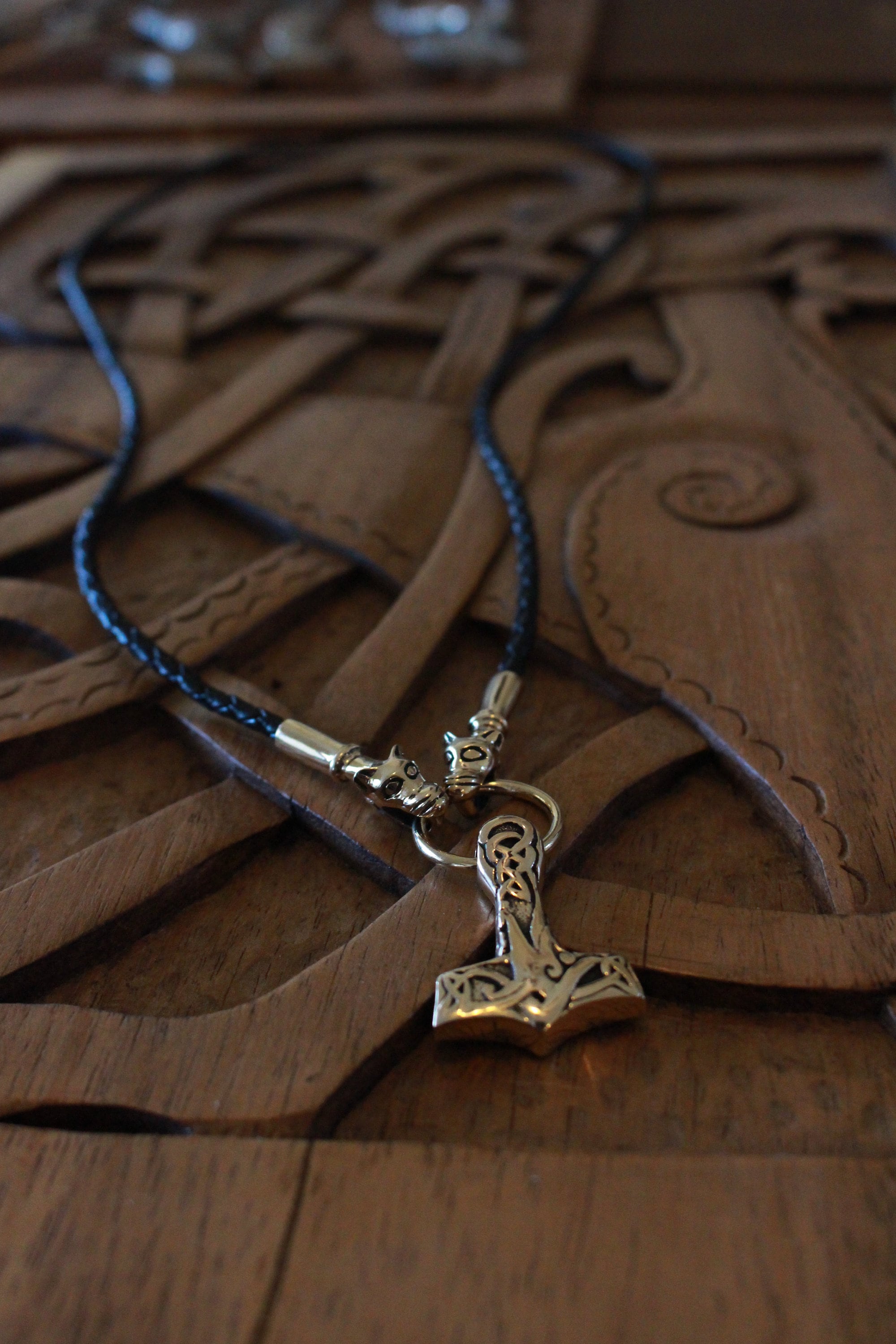 This pendant was designed by the German master of tattoo and lead singer of Heilung, Kai Uwe Faust. Each one is handmade and cast in rich golden bronze. It is decorated with interlaced Urnes style dragon knotwork designs on both sides.

***
Each pendant comes with the wolf terminal necklace at the length you choose during check out.